Read For the Duration: The War Years Online

For the Duration: The War Years 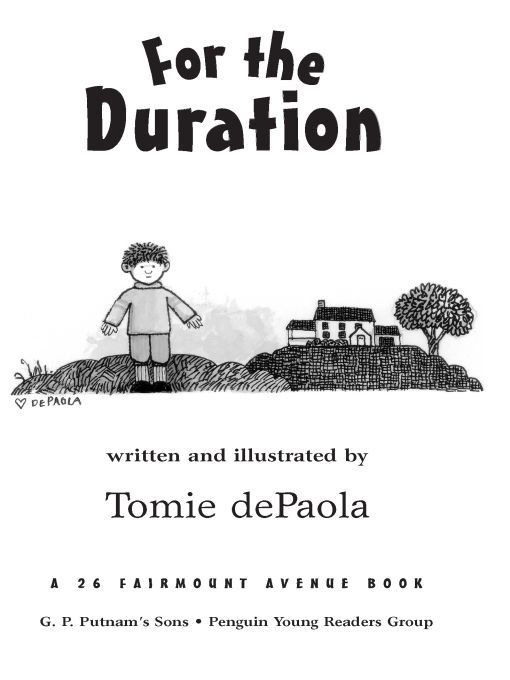 Also available in the
26 FAIRMOUNT AVENUE
series:
26 Fairmount Avenue
a 2000 Newbery Honor Book
Here We All Are
On My Way
What a Year
Â
THE WAR YEARS:
Things Will NEVER Be the Same
IÊ¹m Still Scared
Why? 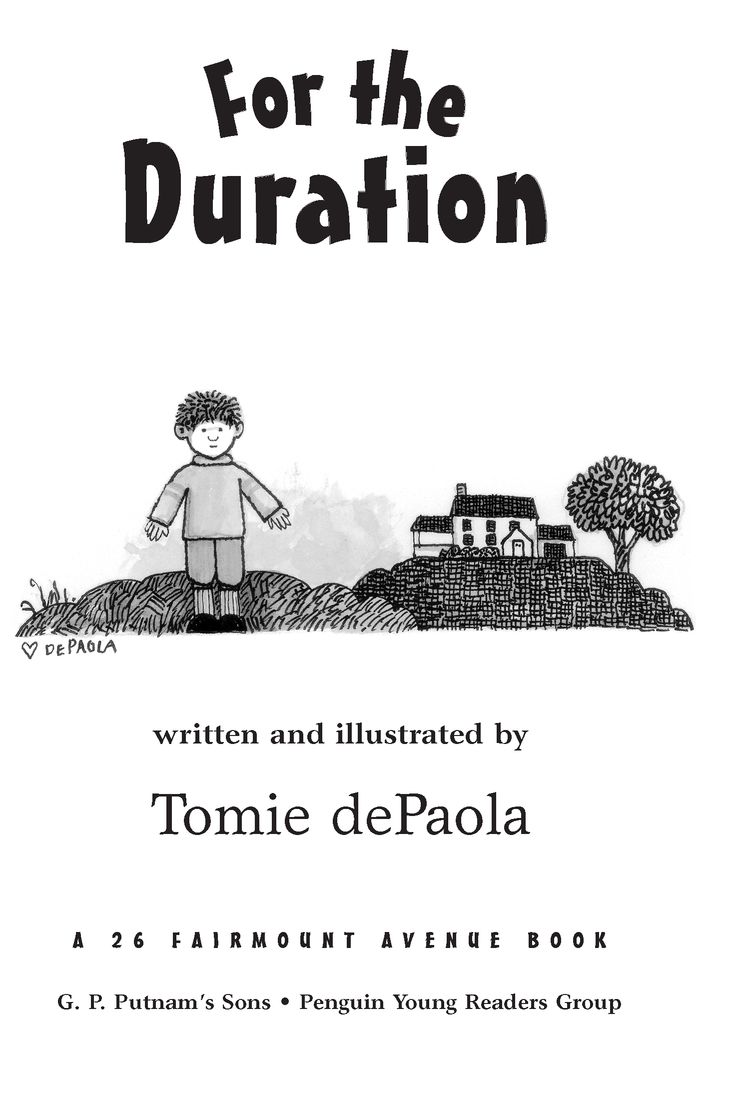 For all the people in Meriden, Connecticut,
who worked hard “for the duration” 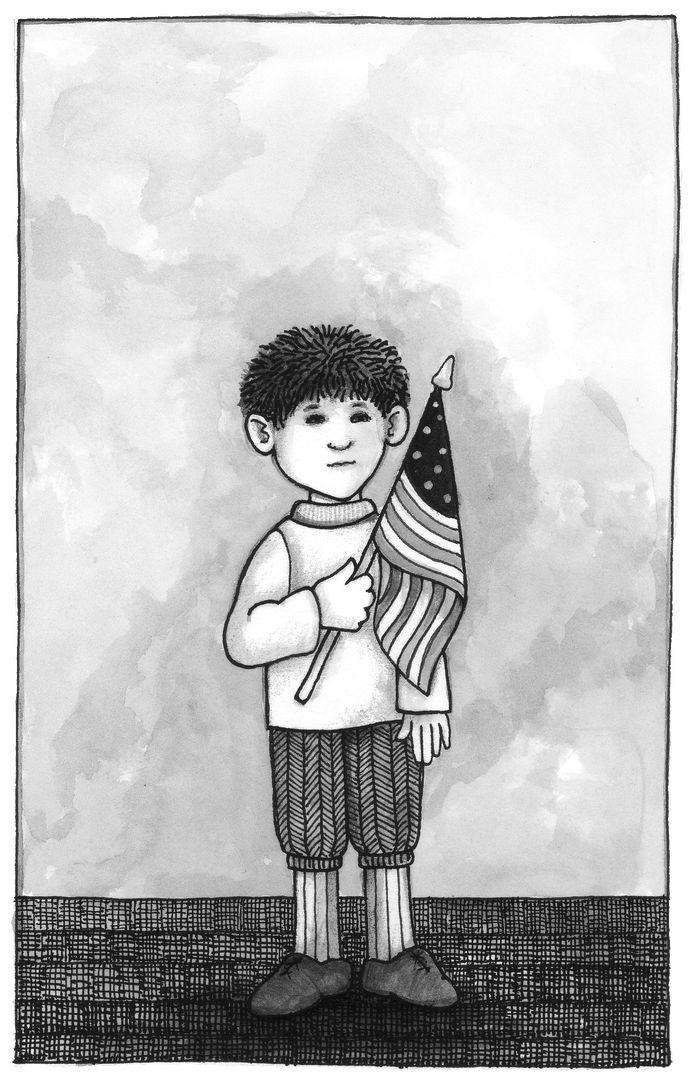 This afternoon, Mr. Conklin, the music supervisor, came to King Street School. It was going to be the first rehearsal for our Special Choir, which will sing at the Memorial Day assembly at the end of the month.
Memorial Day is also called Decoration Day. It is the day when people decorate the graves of the men and women who fought in all the wars, with flowers and small American flags. 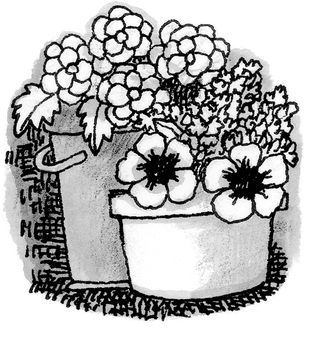 All the kids bring cut flowers from our moms' and dads' gardens to school the morning before Memorial Day. At King Street, Mr. Walters, the janitor, always puts pots and containers filled with water in the front hallway of the school. The kids put the bunches of flowers in the pots and later on some workers come in a truck to gather them all up and take them to the cemeteries around town. This year we'll bring the flowers to school on Friday because Memorial Day is on Saturday.

Mr. Conklin chose twenty students for the Special Choir, four from each class, starting with the second grade. He chose the ones whose voices he liked the best from the music classes we had had all year.
I was picked from our class with my best friend, Jeannie Houdlette. A girl named Sylvia was picked from the other second grade (she has a beautiful soprano voice) along with another boy who I didn't know too well. We all met in the music room upstairs on the second floor of the old part of the school.
You could tell where the old part was because the wooden floors squeaked more than in the new part.
Miss Mulligan, the fifth-grade teacher, came into the music room with a pile of music sheets in her arms. One of the older students passed them out. Miss Mulligan played the piano at all our assemblies.
“Now, girls and boys,” Mr. Conklin said, “we will sing a
medley,
which is what we call a collection of songs that are sung one after the other. Our medley will be four songs that represent the four branches of the service: the Army, the Navy, the Marines, and the Army Air Corps. 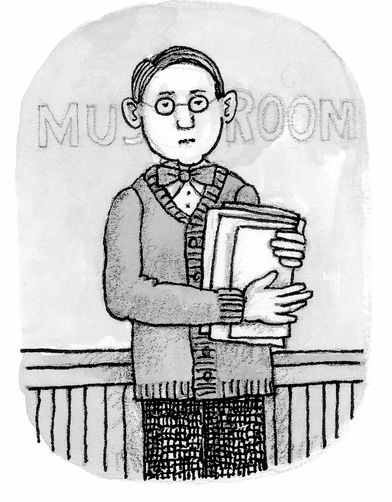 “And,”Mr.Conklin added, “we will sing in PARTS!”
Miss Mulligan called out our names and told us which section we would be in. I had a nice high voice, so I was in the soprano section. Two third-grade boys were in the soprano section, too. Jeannie was an alto. She could sing a little lower than me. And she could read music because she was learning to play the piano. I didn't really know how to read music, but I was told I had a “good ear” because after hearing a melody just once, I could remember it. And I had what Mr. Conklin called “perfect pitch.”
Miss Mulligan sat down at the piano and played the first song in the medley. It was the U.S. Army anthem. The beginning words were:
“Over hill, over dale,
We have hit the
dusty trail
And the Caissons
go rolling along.”

Body Guard by Rex Burns
The Boys of Summer by C.J Duggan
Catastrophe Practice by Nicholas Mosley
Shadow Riders, The Southern Plains Uprising, 1873 by Terry C. Johnston
Launch by Richard Perth
This Is Not The End: But I Can See It From Here (The Big Red Z Book 1) by Thomas Head
Catch by Kenyon, Toni
Nine: Vengeance of the Warrior by Shobha Nihalani
Grave Memory: An Alex Craft Novel by Kalayna Price
A Rendezvous to Die For by McMahon, Betty
Our partner