Read For You (The 'Burg Series) Online

For You (The 'Burg Series) 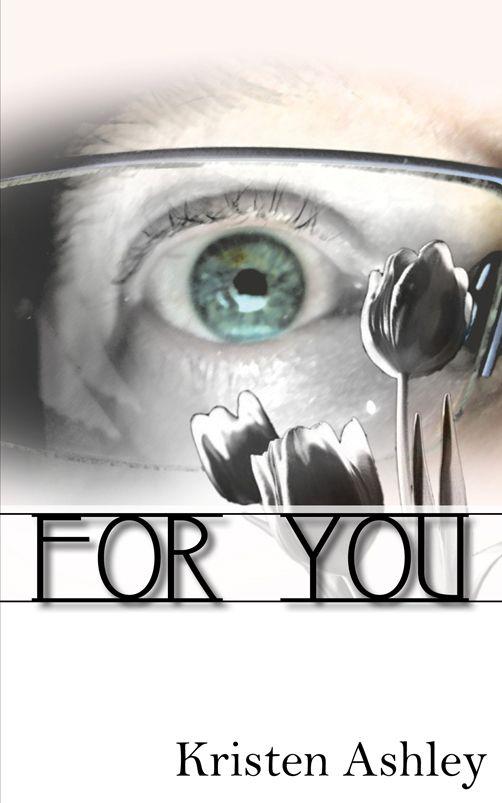 This
ebook
is licensed for your personal enjoyment only. This
ebook
may not be re-sold or given away to other people. If you would like to share this book with another person, please purchase an additional copy for each person. If you’re reading this book and did not purchase it, or it was not purchased for your use only, then please return to Amazon and purchase your own copy. Thank you for respecting the hard work of this author.

This book is dedicated to the town of Brownsburg, Indiana, USA

Home of the Bulldogs and a great place to grow up.

I wish to thank Stephanie Redman Smith, former Communications Officer for the Boone County, Indiana Sherriff’s Department and Sgt. Steve Smith of the Lebanon, Indiana Police Department for their input and assistance while I was writing
For You.
Of course, I took some liberties but only cops and former dispatch officers will know which ones (I hope). Thank you both for working alongside me with this novel and helping me to make Colt’s voice and the story more real and, for the most part, accurate.

Until that day, I’d made an art out of avoiding Alexander Colton.

All my work would be for nothing, all because of Angie.

Martin Fink and Christopher Renicki were the first two uniforms that responded to my call. I’d known Marty and Chris for ages. It was good they were partners. Chris was smart; Marty, not so much.

We were out in the alley, Chris doing crime scene stuff, Marty standing by me. A couple of squad cars with their lights silently flashing had pulled in on either side of the dumpster, other uniforms had been dispatched to hold back the growing crowd and the crime scene tape was secured by the time Alec showed up.

He’d parked elsewhere and didn’t come through the bar like I expected him to. He had keys to the bar for one. For another, he knew the bar nearly as well as I did and not only because he spent a good deal of time sitting at the end of it, my brother standing inside the bar in front of him, both of them drinking beer and talking about shit I couldn’t hear because I stayed well away.

Another surprise was he also didn’t have his partner Sully with him.

I watched him as he walked up to Marty and me.

The detectives in town, not that there were many of them, wore ill-fitting, inexpensive suits or nice trousers and shirts with ties.

Jeans, boots, wide leather belt, sports jacket that looked tailored for him (probably a present from Susie Shepherd) and a nice shirt.

Alec was a big guy even when he was a kid, just kept growing and growing. Dad used to say if he didn’t stop his head would touch the clouds. Mom thought Alec and my brother Morrie were best friends because they were both the biggest kids in the class and it just grew from that. Morrie grew out as well as up, however. Alec just grew tall and broad but stayed lean. Alec was tight end to Morrie’s offensive lineman, during high school and in all things life. Morrie did the grunt work and never got the glory. Alec knew how to block and was really good at it but every once in awhile he got the chance to shine.

Alec’s dark hair was too long but he’d always worn it too long, even as a kid, but he’d done it then because his mother was such a shit mother, she never remembered to get it cut. My Mom finally ended up taking Alec to the barber when she took Morrie. Later he kept it long just because he was Alec. It curled around his ears and neck now and, as with everything Alec, it looked a little wild.

I stood there and watched silently as he made it to me and Marty, his eyes never leaving me. He didn’t even look at Angie.

Those eyes got hard as did his mouth when I called him Alec. They always did. Everyone called him Colt.
Everyone
. Even my Mom and Dad started calling him Colt years ago after what happened.

Only his folks and me called him Alec anymore, not that he talked to his folks since his Dad was in prison for the second time and his Mom was never sober and he never spoke to her. Not that I talked much to him either.

He hated it when I called him Alec but I didn’t call him Alec to be a bitch or anything, just that he was Alec to me, he always had been.

That was when he caught sight of Angie.

I looked at her too and wished I hadn’t. I’d already seen enough, too much, so much I’d never forget.

I’d gone to high school with Angie. We’d been friends once upon a time, good friends. You could say we still were, but not good ones.

No, we weren’t anything anymore because now she was dead.

Alec’s midsection came into my vision and cut off sight of Angie. I lifted my eyes to Alec’s face, which was still hard but now he was directing his hard look at Marty.

“Why’s she out here?” he asked, sounding pissed off.

“What?” Marty asked back, sounding as usual, confused.

“Jesus, Marty,” Alec muttered, still sounding pissed and his eyes cut to me. “Go inside, Feb.”

I stared at him and didn’t move a muscle.

“Feb, inside,” he repeated.

I still stared at him.

He took a step toward me and said low, “February.”

I went inside, headed directly to Morrie and my office, Mom and Dad’s old office, the office Morrie and Alec and I practically grew up in – and coffee. I could still taste the vomit in the back of my mouth. I hadn’t actually puked but it had threatened.

I was pouring a cup when Morrie came in.

Alec was big but my brother was enormous. He was also demonstrative.

He walked right up to me, took the coffee cup from my hand, plunked it down, yanked the coffeepot out of my other hand, slid it under the filter and then engulfed me in a hug.

I should have started crying then, I suppose. But I didn’t.

“You okay, Feb?” Morrie asked and I nodded, my cheek sliding against his big, barrel chest.

I wondered briefly why he was there. It wasn’t his turn to open, it was mine.

My guess? Alec had called him.

“Sis,” he whispered at my nod and I closed my eyes. He didn’t call me “Sis” very often anymore, hadn’t since we were kids. I missed it.

“You want coffee?” I asked, Morrie pulled away and gave me a look.

He didn’t like what he saw, I knew it but he still said, “Yeah.”

I made him a cup and we were taking sips when Alec filled the doorframe.

In the light I caught sight of the scar under his left eye. It was a little, puckered, crescent moon, about the size of your thumbnail. I thought that was weird, it being that small, considering at the time it was made it bled a whole helluva lot.

As it did anytime I saw it, it made flashbacks flood my brain. Flashbacks of Alec, sixteen years old and sitting silent on the toilet seat in my Mom and Dad’s bathroom and me, fourteen, standing there wiping the blood off his face with one of Mom’s wet washcloths. Morrie coming in, giving me ice, me wrapping it up and holding it to the gaping cut under Alec’s swelling eye. My Dad walking in, taking in Alec, his bloodied face, his knuckles torn, bleeding and swollen, the way he held his body like if he moved it would be torture and saying, “Police are going to your place, Colt, you’re going with me, Jackie and the kids to the hospital.”

That was the first time my father called him Colt. He never addressed him as anything else since.

“Jesus, what the fuck, Colt?” Morrie said upon seeing him. “Mom and Dad’s bar? Seriously? Who the fuck would do that?”

Alec’s gaze flicked to Morrie and he shook his head.

This was a good question, I thought. A dead body behind their bar? Crazy. My Mom and Dad were beloved in this town. So were their parents. So was Morrie.

Or at least, I once had been.

“You called 911,” Alec said and I looked at him though I didn’t quite meet his eyes.

“You found her?” Alec asked.

“What were you doing in the alley?”

I stared at him not seeing then said, “Darryl.”

“He never takes out the trash at night. I tell him, every night. Guy’s got nothin’ between his ears,” Morrie explained, telling the God’s honest truth about Darryl and pulling a hand through his thick hank of blond hair. “Leaves it at the backdoor and forgets. First person in in the morning, usually me or Feb, take it out.”

This wasn’t exactly true. The first person in in the morning was usually me, not Morrie. Though, I had to admit, on occasion, namely my rare days off, it happened.

“You on last night?” Alec asked me and I shook my head.

This was true. Angie was a regular. She also regularly wore slut clothes and regularly got shitfaced and regularly picked up anyone who would fuck away whatever demons tortured her, though obviously these efforts never lasted long because she was always back again, usually the next night. Angie wasn’t hard on the eyes if you didn’t look too close and see what her lifestyle was doing to her skin. There was no lack of choice for Angie.

“She go home with someone?” Alec asked Morrie.

Morrie moved his neck in that funny way he did when he was uncomfortable, like he was pulling at a too tight collar and tie, even though he was wearing a t-shirt with a zip-up hooded sweatshirt over it and his hand never moved.

“Fuckin’ hell,” Alec muttered and he could say that again.