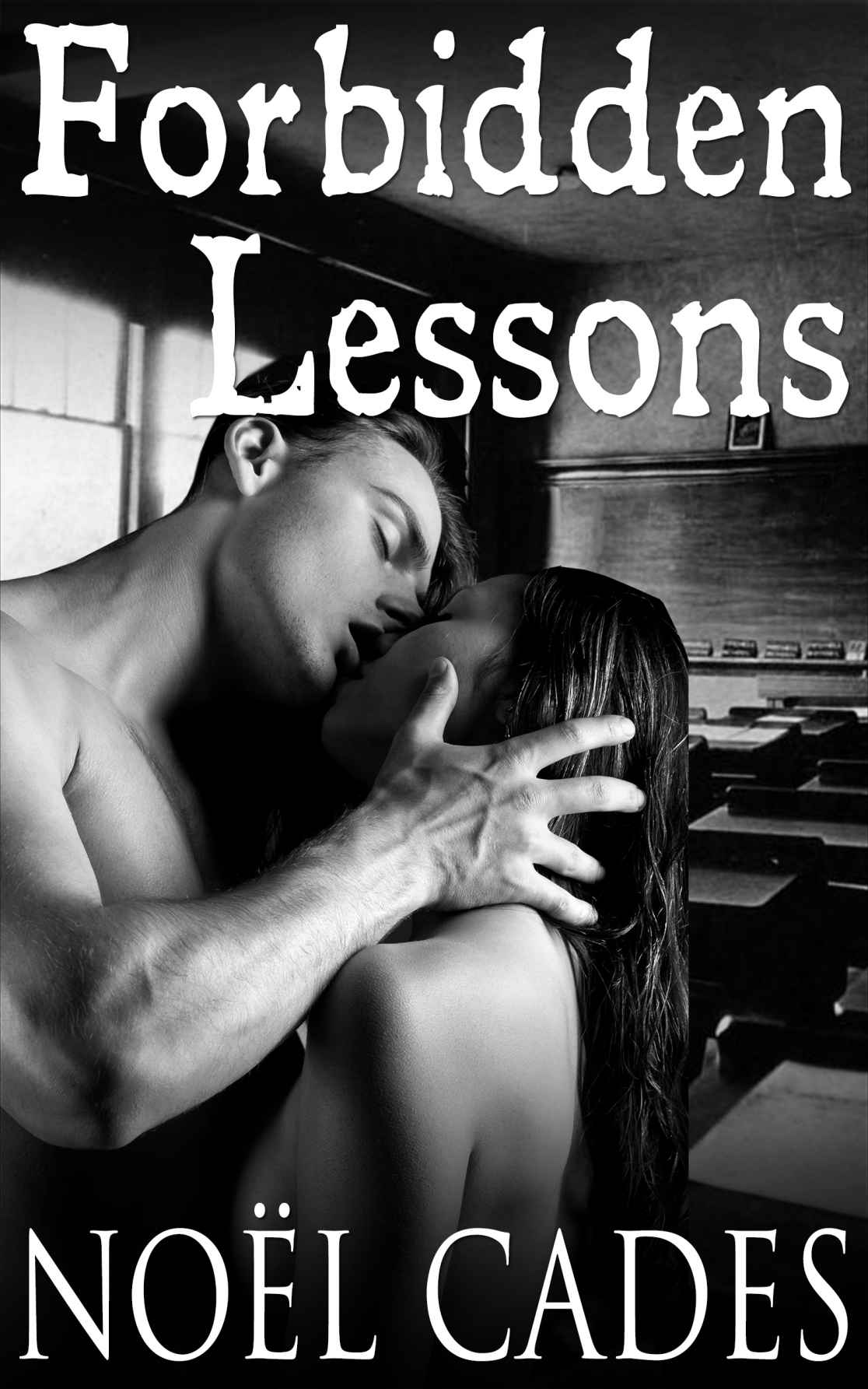 This book is dedicated to Helen & Charlie

"I’ve been fighting this for so long."

A muscle twitched as he clenched his jaw. He was looking at her, serious, no joy in his expression. His eyes seemed almost sad.

Her stomach was lurching. It was the moment she had longed for, dreamed about, and yet it felt more like a terrible taboo than ecstasy.

He stroked his hand down the side of her face, brushing her hair back.

"This is something that could ruin both our lives," he said.

She couldn’t speak. She wanted to tell him that she didn’t care, that she only wanted to live for the moment. But she was terrified.

"Wanting you this much… it makes me willing to risk everything."

The fire falls asunder, all is changed,

I am no more a child

Old and new mingling and fighting - it was the smell that always characterised the start of a new term. It swirled around Laura, dragging her in, bringing her back.

The battle lasted a few days, but old always won. Within a week, all the newness was absorbed into the school. It was too much for anyone or anything to fight against.

New faces. Everyone moved up a year together, but there were always a few girls that left at the end of each year and a handful of new ones that came to replace them. They were the great curiosity. Teachers too. Everyone always hoped that a strict old dragon had left, replaced by a new, younger person with more interesting teaching methods.

"Mr Carlisle has left, gone to run a school in Botswana."

"Mrs Ayers is still here, worse luck! If only I could drop Geography."

"Have you seen the new music rooms?"

Excited chatter at seeing old friends, with the start-of-term homesickness and the reality of the months of grind ahead not yet sinking in.

Laura found her two best friends, Margery and Charlotte. They’d managed to secure a dorm together this term, and so far the fourth bed wasn’t occupied. There was always the hope it might remain empty. Charlotte, the sporty one, had wanted to see the hockey pitches so they’d escaped and headed for the grounds. Unpacking could be done later. Even Matron showed lenience on the first day back.

Softened by the golden September light and seen from a distance, the red-brick Victorian school buildings looked temporarily less grim.

"Such a great decision, ditching Geography for German," Charlotte said, stretching her legs out over the thick grass under the copper beech trees that lined one side of the pitches.

"Whoever’s teaching it, they can’t be as bad as Mrs Ayers," Laura agreed.

"That’s hardly a good reason to change subjects," said Margery. She was slightly huffy. "German is an important European language. You’re not supposed to take it just to get out of another subject." Margery’s father taught modern languages at another school and she was the studious one of the three.

"Don’t be so sensitive!" Charlotte said. "We all know it’s not a soft option. But I truly could not stick that hag for another year. She deliberately gave me detentions so I’d keep missing practice."

Laura lay back and closed her eyes. The summer was fading fast, nearly gone. The vast expanse of the autumn term, with its growing cold and darkness, lay ahead. The holidays and Christmas, even half-term, were so far away.

Charlotte changed the subject. "Onto more important matters. We need a strategy for combatting Teresa Hubert’s vile posse and making sure we grab the hottest Dunks guys for the half term dance."

St Duncan’s was the "brother" school to Francis Hall, with pupils from each school occasionally allowed to meet at carefully supervised coeducational social occasions such as school concerts and joint orchestra performances. Teresa Hubert and her friends - or henchwomen, as Charlotte termed them - were a constant irritation. War had broken out in the Fourth form over something long forgotten, but the hostilities endured.

"I heard there’s going to be a joint play this year, performed by both schools. Miss Vine managed to get permission from the Headmistress to do Romeo and Juliet for the Christmas production. Sixth formers only though," Margery said.

"How utterly unfair! They’re supposed to be busy with A-levels, it should be us," Charlotte retorted. "Miss Vine is such a sweet idiot. I mean what could possibly go wrong? I predict a dozen buns in the oven by curtain up, unless Matron starts doling out the Pill."

Laura laughed. "It won’t be that bad. Most of the Dunks boys wouldn’t know what to do if it stared them in the face."

"What makes you such an expert?" said Charlotte.

"I’m not. But they’re just boys aren’t they, most of them, even the sixth formers? I just feel that this summer I’ve kind of outgrown all that."

Charlotte, who had been lying down as well, sat up and looked at Laura. "Spill!" she said.

"Oh there’s nothing to tell. Truly. I kissed one French boy at the hotel disco but my parents were in the next bar, which you know all about because I told you in great detail, and beyond that it was an absolute drought."

"One thing I do think is that Mr Peters will be mightily pissed off," Charlotte said, stretching out once again in the last of the day’s sun. Mr Peters was the Head of English and Miss Vine taught drama. The former’s seniority and more forceful presence meant that the school play had until now remained entirely his domain. "His casting couch will lie empty."

There were longstanding rumours that Mr Peters seduced sixth form girls, usually by casting them as Juliet or Ophelia in the school play and giving them private acting lessons. Laura doubted - or found herself wanting to doubt the rumours - because she personally thought Mr Peters was repellent. He had thinning grey hair, an over-mannered voice, bad breath and must have been nearly fifty.

But the evidence - albeit technically hearsay by the time it reached Lower School ears - was so extensive and so detailed that even Margery considered it gospel.

"I think we should all be more serious about our studies this year," said Margery. "Boys are a distraction we really don’t need." Margery’s posture of studiousness masked a lack of confidence and experience when it came to dating. Both Laura and Charlotte knew this, and tried to be tactful.

Charlotte was the tall, attractive athletic one of the three, with her supermodel figure already turning heads wherever she went. Laura’s dark blonde hair and amber eyes contributed to her unusual attractiveness. But even Margery, with her frank blue eyes and rose-flushed cheeks, had charms she wasn’t yet aware of.

"I think I learn better when there’s some fun in my life. One needs a balance," Charlotte said. She had been on dates with three different boys that summer - a record for their group - and still managed to finish her English reading list.

"Just think of what happened to Lucy Martin," Margery said. "I can’t think of anything more terrible than that." Lucy Martin was something of a legend in the school, albeit infamous rather than celebrated. She had been in the sixth form a few years ago, a scholarship girl who was tipped to go to Oxford, but she had fallen pregnant and been expelled when the school found out.

"I can think of something far more terrible," said Laura.

"Getting back to our dorm and finding Teresa Hubert in the fourth bed. Come on! There’s the bell. We may as well not annoy Matron too much on the first evening, if we can help it."

Happily, the fourth bed remained empty on their return. The dormitory had two beds by the windows at one end, taken by Laura and Charlotte. The other two beds were either side of the door. Margery had taken one of these, as conveniently for all of them she didn’t like windows. She had a fear of something looking through at her in the night.

Charlotte bounced on her bed. "Much as I hate school to the bottom of my feet, except for hockey and tennis, I am glad to be back with you guys. Wales was great, but being back home got very dreary." Charlotte’s father was extremely strict - her romantic dalliances had only been made possible by a fortnight’s stay with her Welsh grandmother. School actually represented more freedom for her in some ways than her home did.

"I wonder if that bed will stay empty?" Laura said.

"I doubt it. They’re usually packed to the rafters. Everyone wants to be in Michaelmas House, because of Gi-Gi," Charlotte said. Grace Grant, their housemistress, was regarded as by far the nicest of all the houseparents in the schools. Whitsun House - all the houses were named after liturgical dates for some long-forgotten reason - suffered under the dread rule of the Geography teacher, Mrs Ayers.

"I can’t think who’s late back, I’m sure I’ve seen just about everyone," Margery said. She fretted a little. "What if it’s a snorer? I couldn’t bear if it was a snorer. I really need my sleep this year so I can study properly."

"If you thrashed yourself out at Games a bit more you’d sleep like a log even in a thunderstorm," Charlotte said. Margery was not a sporty girl. Laura was average. Given the choice Laura would have preferred to play something like cricket or even rugby, which she had played with her cousins in the holidays, but these weren’t an option at Francis Hall. Two terms of hockey preceded a summer term of athletics and tennis. She had little interest in these so didn’t put much effort in.

Laura also dreaded ever getting picked for a sports team - Charlotte’s greatest desire - as it meant giving up even more time having to travel miles in the school coach to matches every weekend. Laura preferred to escape with a book on weekends. Charlotte went off with her jolly hockey sticks, Margery put her nose to the grindstone, and Laura read everything from their English texts to smuggled novels forbidden by the school. The three of them enjoyed perfect harmony as a result - not overly living in one another’s pockets.

"I shall keep a diary this year," Margery announced. "I think we all should. It’s a good way to gather your thoughts and will be interesting for us all to look back on years from now."

"I might give it a go," Laura said. She had a blank journal that she hadn’t yet found a purpose for. She had thought of writing poetry - she was the creative one of the three - but English homework tended to keep them so busy that her inspiration ran out beyond the composition required for class.

"I’ll keep a sports diary then." Charlotte had vague ambitions of being a sports commentator. She would have also liked to play for England at hockey, or perhaps javelin, but wasn’t yet convinced that she was good enough or that Francis Hall would provide sufficient training. Always the pragmatist and the optimist, she was keeping her options open.

Laura laughed. "I know you, you’ll end up just putting match results in with no commentary."

He was tall. That was the first thing Laura noticed. He had clear-cut features and had a kind of masterfulness that many new teachers lacked, to their cost. He reminded her of a book she had once read, of a man who "must have done something in life".