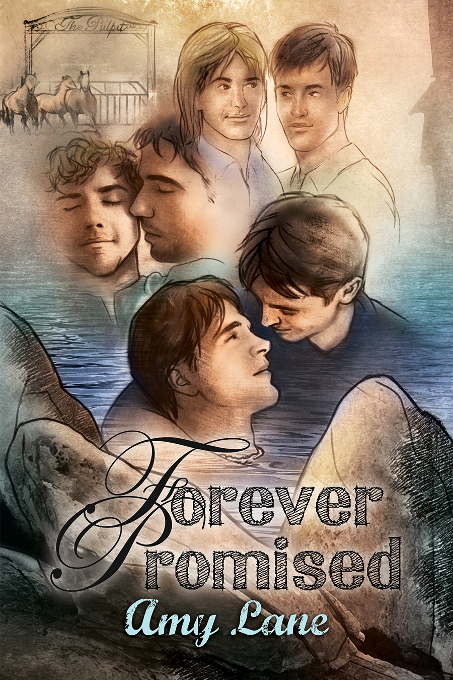 “
Keeping Promise Rock
probably has a flaw somewhere. I was just too busy falling in love with the characters to notice.”

“…[
Keeping Promise Rock
is] a book filled with such heart wrenching emotion that the reader can’t stop crying, either tears of sorrow or of happiness.”

“Amy Lane’s
Keeping Promise Rock
is a quintessential m/m romance, a nearly flawless example of the genre with all its virtues.”

“I found
Making Promises
to be quite charming … well-written and absorbing.”

“Not only did I love [
Making Promises
], I’ve officially become addicted to reading about the easily identifiable and likable characters that continue to be the focus in this amazing series.”

“
Living Promises
is a wonderful story about love, hope, faith and dealing with the cards dealt to you.”

“[
Living Promises
] is another fantastic story from Amy Lane.”

“
Living Promises
is painful and beautiful and so real.”

Chase in Shadow • Dex in Blue

Racing For the Sun

A Solid Core of Alpha

Truth in the Dark

Turkey in the Snow

How To Raise an Honest Rabbit

Knitter in His Natural Habitat

I love you, asshole! 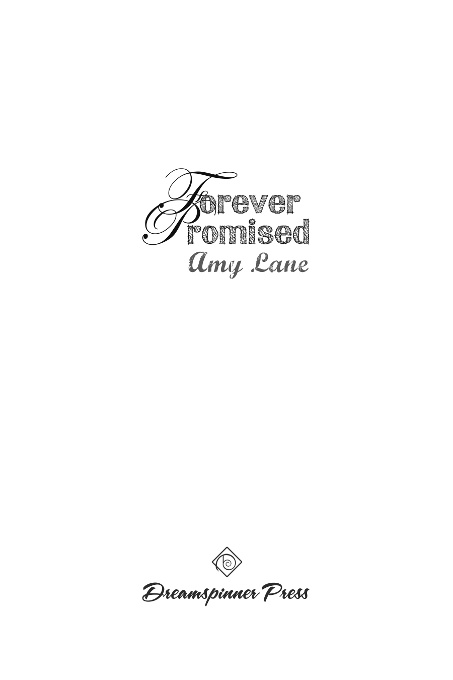 In a million years I did not expect people to love Deacon and Crick so much. Ever. And the fact that they took Shane, Mikhail, Collin, Jeff, Benny, Parry, Jon, Amy, and Martin into their hearts was just amazing. So, along with Mate (who is still along for the ride!), I would like to thank the people who love my people. I know you all have your favorites. When I wrote this book, I couldn’t just say goodbye to Deacon and Crick—I had to say goodbye to
everybody
, so for anyone who has fallen in love with The Pulpit and the gang at Levee Oaks, this book is for you.

W
HEN
Bernice Angela Coats was three years old, her older half brother, Carrick James Francis, cut church one day and never went again for the rest of his life.

No, that lucky fucker got to spend
his
weekends at The Pulpit,
a horse ranch run by Deacon Winters and his father, Parrish, and if Crick’s new best friends hadn’t spent their time taking Benny and her sisters out to the park or the movies as they got older, she might have hated Crick for that.

What she did instead was fall in love with Deacon.

Benny was a smart girl—she couldn’t possibly hate Crick. Crick made her dinner and did her laundry and put Crystal and Missy to sleep after they came along. When Benny was six, Crystal was three, and Missy was one, both the littler kids had some sort of explosive diarrhea, which meant their mother must have cooked. Anyway, Bob (as Benny called her father in her thoughts, because that’s what Crick called him) got home and both the kids were crying and dinner was burning on the stove and Crick had Missy on his hip and she’d just crapped all over them both while he was turning off the heat on some mac and cheese that was never meant to be.

Bob backhanded Crick as he stood and the water of the boiling pot splashed up and burnt Missy, and Crick had to tend to her and his split lip together.

It wasn’t a new thing—Bob hit Crick all the time—but it was, perhaps, the first time it really sank into Benny’s head that it wasn’t fair. It was the first time any of the
girls
had gotten hurt, and Benny realized a lot of what Crick did for them was take the punishment Bob ordinarily dished out.

As Benny got older and she saw examples of her brother’s hair-trigger temper and shotgun mouth, she started to understand they were
all
lucky. Crick had some of the things that made him a lot like Bob, but was spending weekends at The Pulpit, so he had Deacon and Parrish too, so those bad things didn’t mix in the right way, and he stayed her big brother.

And that was why, when Crick came out as gay in the middle of a funeral, she didn’t begrudge him to Deacon.

Deacon was the one to come collect him off the front lawn. She’d seen them picking Crick’s shit up, like it wasn’t even a question. She’d seen how Crick had yearned, even then, when she was ten years old. She had a home, still, and Bob wasn’t hitting her yet, so she could give Crick to Deacon. She hadn’t known, really, what gay meant, or why Bob thought it was so bad, but she knew her brother deserved the kindness in Deacon’s eyes more than anyone else she knew.

As time passed, and she had to duck more often because Bob started noticing
she
was the one in charge of the little kids, and all of that shit little kids did—crap, cry, need food—was all on
her
head, she started to dream she would have a Deacon one day, who would come and save her from what her life was when Deacon and Crick and Parrish weren’t around.

When Crick signed up for the military and ran away like a filthy coward (okay, maybe she was a little angry at him), she watched helplessly from afar as Deacon fell apart.

When he started haunting the liquor store like the ghost of winos past, her disappointment was acute. She’d woken up pregnant after a night she didn’t remember with a kid she hadn’t been all that crazy about
before
he’d roofied her, and Deacon was her last best hope. By that point, he had the DTs so bad after just a day she was shocked he didn’t lose his lunch right there in front of the liquor store. When he came through for her? Stopped drinking cold turkey? Showed up on her doorstep with his friends, picked her shit off the lawn, and then (and he didn’t know she knew this) decked Bob in retaliation for the black eye the fucker had left
her
with?

She’d sensed, even then, that she was going to love Deacon helplessly, like a brother, a mentor, and a hero, for maybe the rest of her life.

He would never know—
never
know—how hard she’d had to work to not
fall
in love with him as well as love
him. Her worthless, cowardly shit-for-brains brother obviously had Deacon’s entire heart. That didn’t stop her from being just a little bit moony over the man after he held her and helped her deliver her baby. Waking up in the middle of the night during those first months to find him rocking Parry Angel in his arms made her stomach all fluttery, but she was
so
not going to go there.

That didn’t mean that etched in her memory, forever and ever, she didn’t hold a picture of Deacon, his boy-pretty face relaxed and sweet, his hazel-green eyes closed, lying on his back on the old plaid couch with Parry, wearing a pink onesie, tucked on his chest, both of them fast asleep. Deacon was that guy, the guy who would get up with a baby and who would give the baby’s mother a room of her own and an education and safety when she couldn’t really remember having any of those things after Crick left.

For You (The Shore Book 2) by S.E. Brown
Nine Days by Toni Jordan
Reckless Desire by Madeline Baker
A Paradigm of Earth by Candas Jane Dorsey
Ruined by Hanna, Rachel
[Draven's Crossing 1] Hidden Diversions by Selena Illyria
Astrid's Wish by A.J. Jarrett
Gryphon and His Thief by Nutt, Karen Michelle
One Thousand Brides by Solange Ayre
Their Taydelaan by Clark, Rachel
Our partner