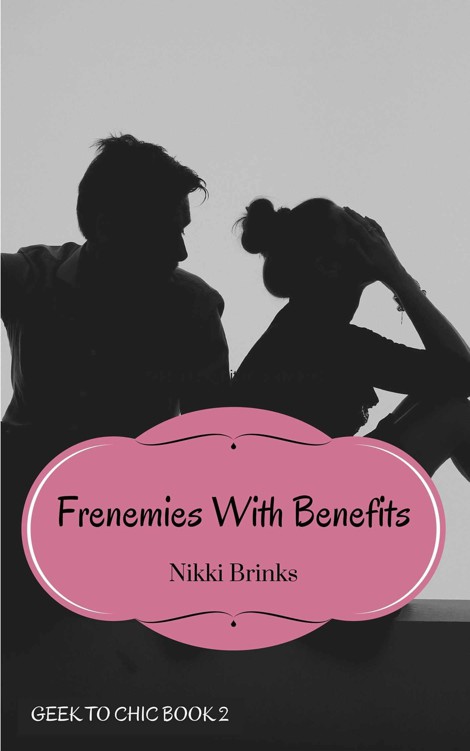 Izzy sat in the corner
of the noisy club.

Her feet were killing
her from the stupid heels, her friends had insisted that she wear.

She slid the strappy stiletto off and moaned from
the pleasure of her feet being freed.

She rubbed her foot and scanned the room.

The club was big and flashy.

All the men were in dress pants and button down shirts and all the woman
wore barely there dresses.

The music was
thumping loud.

Her head pounded along
with the beat.

She usually loved clubs,
however, this was the third club they had been to tonight.

It was nearly three in the morning and she
was beyond done.

Spring break or not she
wanted to go back to the hotel and sleep. Unfortunately, her friends, Roni and
Gracey, were having too good of a time to even think of going to bed. Well, at
least too much fun to go to bed alone.

Gracey had come on this
last spring break trip for the sole reason to get laid.

She was on a mission to slut it up one more
time before she had, to ‘become a real adult’.

Roni on the other hand only wanted to find a guy to bump and grind with
on the dance floor.

And maybe a romantic
walk on the beach.

As for Izzy, all she
wanted was to get a tan and hang out with her best friends.

Izzy slowly lets out a breath, rolling her head to stretch
her neck, she closed her eyes.

A deep voice asked from
behind her.

She opened her eyes turning
to the voice.

Her jaw dropped when she
saw the man that stood before her.

Standing there was a Viking god.

His muscles
were visible through his dress shirt.

Which was unbuttoned at the collar, with the cuffs rolled up.

Her pulse had instantly picked up.

He coughed and nodded
toward the chair.

Izzy had been busted
checking him out.

“Thanks, this is the
only empty seat in this place.

I figured
we were in the same boat so maybe you would be amicable to my plight.”

The Viking god mused, totally confusing Izzy.
He nodded at her shoes.

“Your shoes, my
feet are killing me too.

I was ready to
go an hour ago, but my buddy thought he saw the love of his life when a girl
walked by.

He went chasing after her.”

The Viking rolled his eyes at his friend’s antics and she
laughed, why she had no idea, it wasn’t even that funny.

“Well, I was ready to leave two hours ago but
my friends have decided that more liquor and bad pick lines were a good enough
reason to stay.”

She smiled at the man and
went back to rubbing her feet.

The waitress sashayed
her way over to their table, eying her new found friend the entire time.

Funny the waitress could have cared less
about Izzy before the Viking came over.

Izzy noticed the waitress was arching her back so her boobs stuck out
more.

She snorted a little and shook her
head, turning her attention back to her feet.

“May I get you
anything?”

The waitress purred in her sexy
accent.

“Why
yes, can you get my wife and me each a coke and maybe a bag of ice?”

He took Izzy’s foot and started to rub
it.

Izzy smiled, a real
smile, at his craziness. “No, baby.”

She
turned her smile on the waitress, whose shoulders had visibly slumped at the
realization her target was ‘married’.

The waitress walked away, no sway
in her step this time.

When the waitress was
out of view, Izzy shot her new ‘husband’ a look of amusement and
curiosity.

“Sorry, thanks for
helping.

We were here last night and she
came on to my friend with extreme force.

The poor guy is still recovering. I didn’t want to deal with that.

And I figured you get a foot message out of
it.”

“So I was your human shield?”

“A human shield I am
paying back with a fantastic foot rub.”

He pushed his knuckle down her foot, almost causing her to moan.

“Fantastic, may be stretching it, but I guess that is
payment enough.

I should tell you my
name though, you know, since I’m your wife and all.

“Well, I think you have your name wrong.

This girl was fun and smart. Something he
rarely found. “I insist my wife take my last name.

I am a little old fashion that way.

Alex hated lying about
his name, but now that he was the CFO of a high profile company he had learned
that lying about his identity to someone he had only just met was the best
play.

If someone Googled ‘Jeremy Porter’
nothing would come up.

If someone
Googled Alex Porter on the other hand, his entire life now came up including
his massive net worth.

They sat quietly for a
few moments.

Her naturally curly hair was
attempting to free itself from the twisted knot thing she had it in.

He looked his fill, not his usual type that
was for sure.

She was a tiny thing.

He could twirl her around in the air with his
pinky.

The lights of the club bounced
off her glasses.

Normally he would never
have noticed a pixie bookworm like herself.

Something about her, the moment he saw her sitting alone, drew him to
her.

“I think I need to know
more about my dear husband.

Where are
you from Jeremy?”

She asked with a smirk.

“I am so disappointed,
my own wife doesn’t remember I am from Colorado.”

That complicated his random vacation hook
up.

“Denver, I grew up in the
suburbs.

Now I live downtown. Where
about in Colorado are you from?”

“I am living in Boulder
right now.

I have a couple more months
before I graduate from the University of Colorado.

My girlfriend and I are moving down to Denver
after graduation, though.”

The waitress finally
dropped off the cokes and ice pack.

Alex
handed the waitress $50 to cover the cokes and a nice tip.

He took the ice pack, covered it in a napkin
and ran it along Izzy’s foot.

He had to take a deep
breath after hearing that sound.

He
would love to hear it later tonight, in his bed.

He cleared his throat.

“Are your feet feeling better, my dear
wife?”

He needed to go back to being the
jokester to clear the lust out of the air.

“Yes, my darling
husband you give great foot rubs. I think we should…”

He leaned into her desperately wanting to hear the end of
that sentence. “Dude, I have been looking all over for you. Let’s go.

That girl I was looking for turned around too
fast at the bar and spilled her fruity red drink all over me.

Now I look as though I have been shot.”

Derek stated as he walked up to the table still
rubbing a napkin on his shirt.

“Oh,
sorry, I didn’t see your friend. I will find my way back to our hotel.

Derek was his best
friend in the world, but the guy had no tact.

Luckily for Alex his friend at least knew when to leave quickly.

He turned to Izzy to apologize, only to see
her laughing.

“I think it was my
friend who spilled her drink on yours.

She has a habit of spilling drinks, tripping, burning dinners, she is
the definition of clumsy.”

Not the well-practiced
high pitched laugh, he normally heard from women.

Her laugh was natural, goofy even.

Which made him smile.

Your friend is some kind of walking disaster
zone?

Does she have a warning label taped
to her?”

She laughed again, this
time snorting a little.

“No, but that is
a good idea it would save innocent people like your friend.”

They sat and talked for another hour or so.

Talking about nothing and everything.

He rubbed and iced her feet.

“As much as I have enjoyed being your wife, I think it is time for a
divorce.

I need to find my friends and
get some sleep.”

She put her shoes back
on and stood. “It was very nice meeting you Jeremy.”

With a big smile and a small finger wave she
started to walk away.

He wasn’t ready to let her
go.

Before he could think it through he
blurted out, “Can I see you again while you’re here?”

He winced at how desperate he sounded.

“How about dinner, tomorrow night?

I am staying at the Bahia Hotel.

Meet me in the lobby at seven.”

She kissed his cheek and disappeared into the crowd.

Normal everyday Izzy would never be standing in a hotel
lobby- dressed in a short white and pink sundress that dipped way too far down
her cleavage - waiting to meet a man for dinner she had met less than twelve
hours earlier.

Vacation Izzy decided to
have a little fun.

She had promised her
friends she would not leave the resort with Jeremy under any circumstances.

Again, she wasn't being stupid, she wanted
have a little fun, not get herself murdered by a handsome stranger.

She leaned back against one of the columns in
the lobby, watching the doors for Jeremy.

She startled and turned when someone placed a large hand on
her shoulder.

She saw the man she had
been waiting for.

He looked delicious in
a suit, minus the tie.

The collar of his
white dress shirt was open as it was last night, exposing the hollow of his
throat.

She resisted the overwhelming
urge to lick him there.

He
smiled sheepishly, "I'm staying at the resort as well.

I came from the elevators."

He nodded his head back toward the elevator
bay. His eyes caressed her body.

"Thank you, you look good
yourself."

He kissed her cheek, a playful look crossing his face.

Placing
her hands on his chest, she smiled up at him.

I got to
take a run on the beach.

How was your
day, dear husband?"

Diamonds Forever by Justine Elyot
Back to You by Annie Brewer
Into the Triangle by Amylea Lyn
Hetman: Hard Kil by Alex Shaw
Fleeced: A Regan Reilly Mystery by Carol Higgins Clark
How to Become a Witch by Amber K.
A Lover's Vow by Brenda Jackson
Hard Core (Hard As Nails Book 3) by Hope Conrad
Unexploded by Alison MacLeod
Emma Barry by Brave in Heart
Our partner