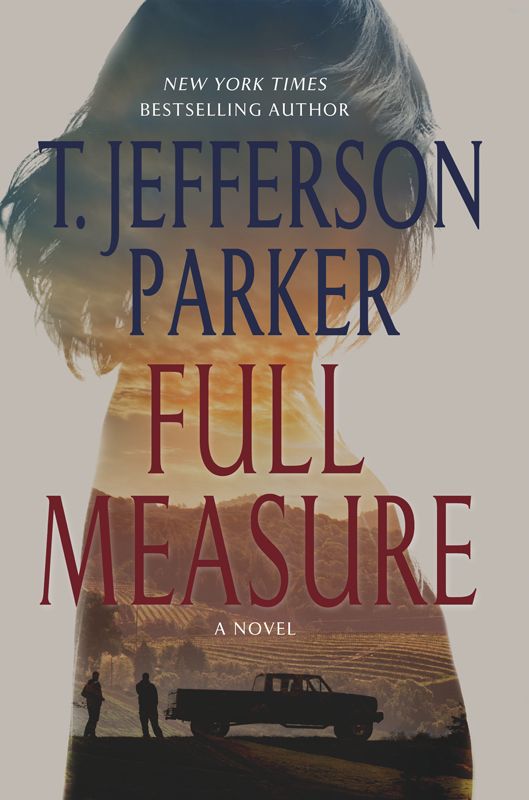 For those who serve

If America ever ceases to be good, America will cease to be great.

The camel spiders of Afghanistan were the size of his hand but they couldn’t kill his strong young body. Neither could the little saw-scaled vipers that were almost invisible on the sand and crawled into his bedding at night. The heat of the summer fighting season couldn’t kill him, and not the winter cold that barreled down the mountains, heavy as a freight train, straddling them where they slept or did not sleep, on the ground behind the Hesco blocks or on rooftops or hunkered ten to a room at base. The skinnies couldn’t kill him with bombs hidden in the rocks or buried along the roads, nor with grenades launched from the hills or mortars fired from behind the ridgelines. Not with their AKs or sniper rifles or aged, wired-together long guns left over from other wars in another century. Not with knives or hatchets or sticks. Nothing could kill him, so Patrick Norris did the killing, until they sent him from Sangin back to San Diego in the fall, a free man, twenty-two years old, wounded on the inside only.

He arrived at Lindbergh Field and when he walked into the terminal people set down their bags and clapped. He nodded once and slung his duffel over his shoulder and kept his eyes ahead.

As he washed his hands in the restroom an older man at the next sink looked at him in the mirror. “Afghanistan?”

The man passed a gnarled hand over the faucet sensor and the water sprayed out. “I hear the fire was bad there. When the flames hit the groves. You can still see smoke in the north.”

“Maybe I should thank you.”

“Now the South Koreans have a better health care system than we do. We’re twenty-third in the world. It’s all changed for the worse here. The country. The people. The government. Everything’s gone bad.”

“It doesn’t matter what you hope.”

Norris rode the outdoor escalator down, the sun at his back and warm on the desert camo, his duffel riding the step behind him. To the south stood the downtown high-rises, and yachts bobbed on a spangled bay. He thought of all the fish under that water. The colors dazzled him. He had not seen anything like this for more than a year and he felt the salty breeze on his face and held in a lungful of good American air. It smelled like heaven. Like safety, Patrick thought, finally. He counted blessings: arms and legs still attached, blood contained, brain working. He closed his eyes and thought of Myers and Zane, and they and the many other ghosts in his heart rose and hovered.

When he opened his eyes his older brother, Ted, was standing down on the ground level, smiling up at him from where the steel steps of the escalator slid underground. They hugged and slapped each other’s shoulders. Ted was tall and heavy; Patrick short and lean.

“Where else would I go?”

“I got lucky,” said Patrick. A hundred times he could have died, he knew—a thousand. You quit counting. God is luck.

Ted slung his brother’s duffel over his shoulder and they walked into the parking lot. It was hard for Ted to carry heavy things, having bad feet since birth, but Patrick let him. Two young women rolled their luggage past and Patrick and his brother looked at them but they didn’t look back.

“Mom and Dad are cool that you didn’t want them here to meet you,” said Ted. “They understand you need some peace and quiet. But just a warning—they’ve got the house all decorated up for you. We’re lucky it survived the fire. Almost all eighty acres of our trees are gone, Pat.”

“I wish I could have done something. Command got me here as soon as they could.”

Ted’s pickup truck had a raised body and big tires, so the men sat up high. They rode the interstate north toward Fallbrook, which lay in the hills between two small rivers, fifteen miles from the Pacific. Far from town Patrick could see the pall in the sky and when they got closer the smell of fire hit him even through the air-conditioning. Along the frontage road a caravan of bulldozers and backhoes clanked back and forth from town. The air was as white as fog and the burned oaks hung like black skeletons within it.

“They’re just now letting people come back,” said Ted. “It was mandatory to get out, Pat—big government going house to house like gestapos, ordering us citizens from our homes. Dad cussed them out good and we stayed. We hosed down the house and outbuildings, and what we could of the trees. Then the water pressure ran out. It took the firemen a while to get here, because of all those other fires that started first. You know how avocado trees burn, like they got gas on them—all that good oil. Dad had to let old Miguel go.
That
was not a happy moment. So now you can run the whole farm, like Dad always wanted.”

Patrick felt a chill steal over him. They wound into the hills. A creek bed ran alongside the road, and the oaks that grew there were now just shorn outlines of what they had been. Even with most of the hot spots extinguished days ago, the ground still reeked and smoked. Patrick had never seen the creek because of the thick foliage, but now that it had burned he saw the slender slick of water crawling through the ravine no faster than a snake. “It’s good to be home,” he said.

Ted looked over at him with solemn admiration on his face. He was twenty-six, four years older than his brother. “Did you see some bad things over there?”

The admiration made Patrick uneasy. He’d done little to deserve it, but Ted had always adored him, always tried to look out for him. Patrick thought of the cards that life can deal, right from the start, such as bad feet and the fever and seizures that had found Ted in his crib and almost killed him. And how Ted’s life had been a series of quiet failures.

“You did good for your country, Pat. I’m proud of you.”

“Don’t be. I did what everybody else did.”

“There were heroes but I’m not one of them. I’ll tell you something, Ted—that war was a waste. It sounds like I’m against my country but I’m not. I would have died for my guys. Some of them died for me. But it was supposed to mean something bigger and it didn’t. Just a lot of death for nothing. Just a lot of Marines getting shot at and blown up.”

“But you helped the people over there.”

“No. The villagers are already halfway back to the Stone Age where we found them. They won’t change because they don’t want to. So it doesn’t mean anything, if they won’t even try to hang on to what we accomplished. It just means we were there and then we were gone. Like footprints. There were some good things, too. I had my men and a dog. He smelled out bombs. He saved some lives. I already miss it, but not the things I thought I’d miss.”

Patrick looked at his brother. Ted was big and pale. He had shaved his head and gotten a new tattoo—a bracelet of POW barbed wire—around one wrist. It looked wrong on him, Patrick thought. Ted had never been a prisoner of anything except his own misfortunes. The tattoo should be “Mom” or a heart with a girl’s name inside it, thought Patrick. He knew from texts and Skypes that while he was in Sangin, Ted was driving a taxi and taking classes at the state university in San Marcos. And that three weeks ago Ted had broken up with yet another girlfriend. There was always a woman who Ted loved but didn’t love him. Then another. Maybe a girlfriend tattoo wasn’t such a good idea after all.

“The big memorial for the Dark Horses is next week,” said Ted. “Third Battalion, Fifth Regiment. I always liked the sound of your unit.
The Three-Five. Get Some!
Pendleton’s flying in Marines and families from all around the country. Speeches, Color Guard, everything. Mom and Dad already got a written invite signed by a real brigadier general.”

“I wish I could of done what you did. Too bad I always screw up.”

“I’m off the thirties
and
the booze.” Patrick knew that thirties were 30 milligram OxyContin, “hillbilly heroin,” an addictive prescription painkiller. Ted’s addiction had been discovered by his mother a year ago, about the time Patrick was walking his first patrols of the poppy fields in the Sanjin District. The coincidence puzzled Patrick. He had come to see that life was often made of pieces that didn’t fit.

“You did your part, Ted. You got clean and you’re back in school.”

“Was. The college expelled me for some stuff I put on the Internet.”

“I did a cartoon of Mayor Anders.”

“It’s freedom of speech, Pat. I’m really sick of her and the rest of government, collecting all my tax money and spending it on things we don’t need. We didn’t need the new library. What was wrong with the old one? And how big a pension will she and her friends at City Hall get? How come they didn’t spend the money on more firemen? It’s government waste of our dollars, Patrick. Why can’t I say that? So I drew a cartoon of her as a dealer at a blackjack table. She’s leaning over to push big stacks of chips to a homeless family on welfare. I exaggerated her breast size. The college said it was against women, hateful and antigovernment. I’m expelled. But I’m not charged with anything.”

“Damn you, Ted. Can’t you leave anything alone?”

“I didn’t mean anything by it.”

“You
want
to mean something by it, Ted! That’s the whole point. You piss me off.”

Ted frowned grimly and pulled a CD from the door slot. “Listen to this music, Pat. It’s Cruzela Storm. She’s local and she’s—”

Patrick snatched the plastic case away from his brother. “If you won’t control yourself, who will?”

“It’s the same old thing, Patrick. Ideas get into me—”

“I know, and you say you don’t know where they come from. Bullshit. You’re too old for that excuse now.”

“I’m sorry I hurt her feelings. But when the ideas get into me I don’t know what they’re going to look like when they come back out. Does anyone? I don’t have anything personal against Mayor Anders. I apologized on her Web site and never heard back. There’s no talk of charges. Nothing like that. But there’s good news, too, Pat. I’m spending sixty hours a week in my taxi.
Sixty.
And making some serious money.”

The Biographer's Tale by A. S. Byatt
Just Sex by Heidi Lynn Anderson
Cats in Heat by Asha King
Submit by Marina Anderson
Splendor by Joyce, Brenda
A Nashville Collection by Rachel Hauck
Trial Junkies (A Thriller) by Robert Gregory Browne
The Royal We by Heather Cocks, Jessica Morgan
Wolf3are by Unknown
Coup D'Etat by Ben Coes
Our partner