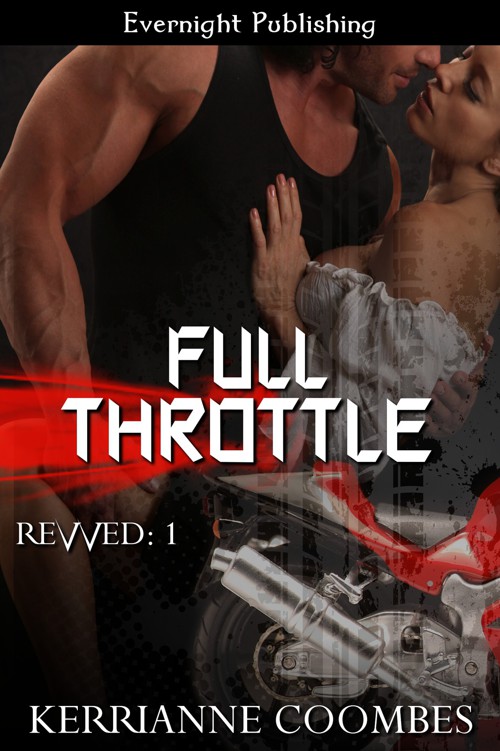 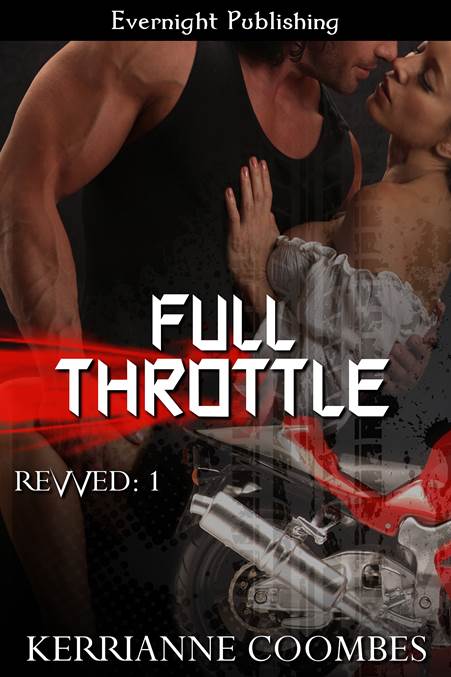 This book, I dedicate to my
beautiful family—my babies and my husband, Stu.

You make it all
worthwhile.

Josh Grieve crossed his legs, leaned against his red
Ducati ST3 and tipped his head back to soak up the early morning sun. His
leathers creaked as he folded his arms and he couldn’t think of a better sound.
The scent of leather wafted into his nose, his bike gear keeping the fresh
morning chill off his skin.

It had been entirely too long since he’d taken time
out of his life to ride his bike, too long since he just donned his leathers
and helmet and took off on an unplanned route around England. And even though Tony,
his older brother, strong-armed into taking one of his “beginners touring groups”
on a long weekend around the British isle, he now couldn’t think of a better
place to be.

He just bloody hoped he wasn’t saddled with a bunch
of idiots.

The heavy, meaty sound of more than one motorbike
had him tipping his head forward, the strong rays of the sun forcing him to don
his sunglasses. He stayed perched against his bike, his arms and legs crossed
as he watched the pair of riders make their way over to him. It was early in
the morning, and no other bikes were around, only the odd lorry parked up in the
huge car park, so it was easy for the pair to find him. They weaved their way
confidently through the car park and Josh found himself relieved.

Tony mentioned, in their short chat this morning,
that this was a group of relative beginners who want to be chaperoned on a ride
around the UK. Not the usual rabble of bike enthusiasts Josh and Tony normally tour
with. That wild group would probably scare any beginners with their harsh
banter and daring stunts. At least these could ride, which was a good start.

At first Josh wondered if he was going to have to
give instruction to the beginners, but now he could see that these two were
more than capable of riding. That knowledge allowed the muscles in his
shoulders to relax a bit. He still needed to see how the third person could
ride, but so far, so good…

As the pair pulled up, Josh watched and waited for them
to take off their helmets. His brother told him that there was a married couple,
Bev and Reg, in their mid-fifties. Tony described them as “finding out there
was more to life than just work.” He looked over their Honda Goldwings and
nodded in approval.

“Hi.” Reg leaned over on his bike and held out his
gloved hand for Josh to shake. “I am Reg. This is my wife, Bev. You must be
Tony’s brother, Josh?”

Josh shook the older guys hand and nodded. He tipped
his head towards Reg’s bike. “Nice bikes you have here.”

The older man, grinned, his slightly portly face
stretching into an expression that spoke of pride. “Isn’t she a beauty? I have
been wanting
one of these since I can remember.”

“Loves it more than me.”
Bev
grinned beside Reg, clearly not put out at all by her husband’s obvious love of
his bike.

“My bike is not as much hassle as you, woman. I just
keep her clean and fed and I always get the ride of my life, with no back talk,”
Reg replied, teasing his wife. Bev gave a fake gasp of outrage and flicked a
gentle hand at her husband.

Josh grinned, though he agreed totally with Reg.
Women were nothing but a hassle and an earache. He would always choose his bike
and work over a woman.
Always.
His chest gave a perfunctory squeeze as bitterness arose, but Josh clamped a
lid on that thought fast.

“So, Sammy isn’t here yet then?” Reg enquired
conversationally to Josh as he stepped off his bike and stretched his legs.

“No, not yet.”
He
looked up and scanned the busy road passing the service station and wondered if
Sammy was a good rider. The plans he had of winding through some country lanes
and finding a nice long patch of clean, strait road to let loose on made Josh eager
to get going. He just hoped that they could all keep up because it’d been some
time since Josh had really gotten out on his bike.

Josh had been through some shit lately, and he was
desperate to burn off some of his pent-up frustrations on his bike. He wanted
to forget for a time that he had ever held a job in the city–let alone that he lost
it through forced redundancy. And he definitely wanted to forget that a year
ago
tomorrow,
he was supposed to have been getting
married. The sting of that particular rejection still managed to earn a bite of
anger whenever it came into his mind, and the closer he got to ‘the date’ the
more pissed off he got.

Josh gritted his teeth and unclenched his fists.
All in the past, look
forward,
not back.
Yeah, easier said… His fist clenched again.

The throaty sound of a bike engine had him looking
up and shaking off his thoughts. The sight of a sleek, sexy as hell, Ducati
monster 969 made Josh stand up straight.

The low rumble of the engine sounded perfect as the
third guy rode confidently over to the small group. Josh watched the small,
spotless sports-bike with a slight twinge of envy as the gorgeous machine was maneuvered
to a stop next to Bev’s Honda.

The rider, who wore all-in-one red and black leathers,
gave the engine one last
hell,
yeah
blip before he killed it, the roar
of the engine suddenly silent as the new guy turned the key.

Josh took a few steps closer and waited for the
rider to take off his helmet so that he could introduce himself and admire the
bike a little closer.

“Hi, Sammy.”
Bev
leaned over and tapped the newcomer on his shoulder, and Reg looked up from his
map and smiled.

For a long moment Josh wondered if the rider would
take off his helmet because he sat still on his bike, seemingly uninterested
with moving. Then, just as Josh was about to say, ‘Oookay’ with awkwardness,
the rider, unclipped his helmet and pulled it off.

The first thing Josh saw was a fall of gold-blonde
hair. The second thing was plump, red lips. Green eyes the color of summer
grass glittered up at him and Josh knew he was staring wide-eyed with shock.

Sammy was no man—Sammy was a woman—and a fucking hot
one at that.

Josh, for the longest moment couldn’t breathe. His
body seemed to stall of any processes, other than to gawp openly at the tiny
woman who sat astride the Ducati.

“Hi, I’m Sammy.” She shifted her helmet to her left
arm, tucked it at her side and held out her right, gloved hand in offer. This
snapped Josh from his shock, and he reached forward and grasped her hand.

“I’m sorry, I was expecting a, um… Sammy, I just
imagined you were a...” He rushed the words out, wanting to cringe at his
blundering answer. But, damn, she was so bloody hot, and on a bike, too!

Oh,
yeah—I am going to enjoy this weekend.

“Boy?” She queried and then a shy, slow smile
tracked across her mouth as her cheeks filled with a sexy red blush. “So did my
parents, hence the name Sammy.” She cleared her throat self-consciously.

“So, you must be Josh, Tony’s brother?” She asked.
Her voice was quiet, giving the sign that she was timid. The blush confirmed
this, and Josh couldn’t help but drop his eyes once again to the red pouty
mouth she had.

Thank
you Tony, for getting stomach flu!

“Yeah, I am not as chatty as my brother, nor am I
used to touring with beginners, so you’ll have to bear with me.” He forced his
gaze away from her to sweep the rest of the group, who were listening to him.
“I thought we would head south and maybe tour the coastline, I have rooms
booked at a great bed and breakfast about three hours away. And then I figured
we would go from there. Stop off whenever you want, see the sights and take
today as it comes. How does that sound?”

Josh stole another look at Sammy and she was smiling,
nodding as if in approval. Tony told him to take it slow and let them decide
mostly, and right now, Josh was happy to go with the flow. Reg and Bev nodded
and said ‘yep’ before they hopped back onto their bikes and pulled on their
helmets.

A Marriage of the Heart by Kelly Long
The Alpine Xanadu by Daheim, Mary
The Balkanization of America by Ira Tabankin
The Bughouse Affair: A Carpenter and Quincannon Mystery by Muller, Marcia, Pronzini, Bill
Afterparty by Daryl Gregory
Ratcatcher by Stevens, Tim
For Life (Reclaimed Hearts Book 1) by L. E. Chamberlin
Daughter of Chaos by McConnel, Jen
Dead to Rites by Ari Marmell
Matt & Zoe by Charles Sheehan-Miles
Our partner