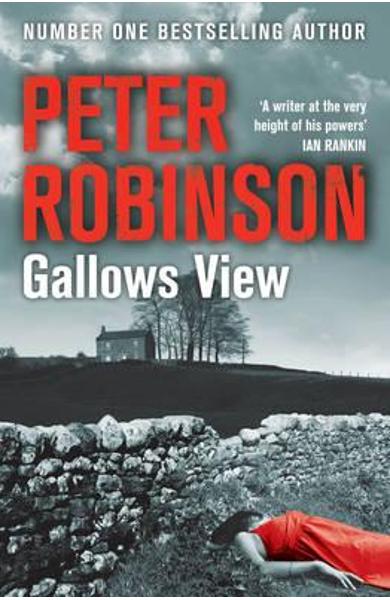 PETER ROBINSON
is the author of nineteen Inspector Banks novels as well as two non-series suspense novels,
Caedmon’s Song
and
No Cure for Love
, and a collection of short stories called
Not Safe After Dark
. He was also editor of
The Penguin Book of Crime Stories
.

His novels have been translated into nineteen languages, and he has won a number of international awards, including the Edgar, the CWA Dagger in the Library, the Anthony, the Macavity, the Swedish Martin Beck Award, the Danish Palle Rosenkrantz Award, and the French Grand Prix de Littérature Policière. He has also won five Arthur Ellis Awards. Peter Robinson divides his time between Toronto and Richmond, North Yorkshire.

Published in this edition, 2009

Publisher’s note: This book is a work of fiction. Names, characters, places and incidents either are the product of the author’s imagination or are used fictitiously, and any resemblance to actual persons living or dead, events, or locales is entirely coincidental
.

Library and Archives Canada Cataloguing in Publication data available upon request to the publisher.

The number of their houres,

And clouds their stormes discharge

And cups o’erflow with wine,

Shall waite on hunny Love,

The Third Booke of Ayres

The woman stepped into the circle of light and began to undress. Above her black, calf-length skirt she wore a silver blouse with dozens of little pearl buttons up the front. She tugged it free of the waistband and started undoing the buttons from the bottom very slowly, gazing into space as if she were recalling a distant memory. With a shrug, she slid the blouse off, pulling at the left sleeve, which stuck to her wrist with static, then lowered her head and stretched her arms behind her back like wings to unclasp her bra, raising one shoulder and then the other as she slipped off the thin straps. Her breasts were large and heavy, with dark, upturned nipples.

She unzipped her skirt down the left side and let it slide to the floor. Stepping out of it and bending from the waist, she picked it up and laid it neatly over the back of a chair. Next she rolled her tights down over her hips, buttocks and thighs, then sat down on the edge of the bed to extricate herself from each leg, one at a time, careful not to make runs. As she bent over, the taut skin folded in a dark crease across her stomach and her breasts hung so that each nipple touched each knee in turn.

Standing again, she hooked her thumbs into the elastic of her black panties and bent forward as she eased them down. As she stepped out of them, she caught the waistband with her left foot and flicked them into the corner by the wardrobe.

At last, completely naked, she tossed back her wavy blonde hair and walked towards the dresser.

It was then that she looked towards the chink in the curtains. His
whole body tingled as he watched the shock register in her eyes. He couldn’t move. She gasped and instinctively tried to cover her breasts with her hands, and he thought how funny and vulnerable she looked with the triangle of hair between her legs exposed . . . .

As she grabbed for her dressing-gown and dashed towards the window, he managed to drag himself away and run off, scraping his shin and almost falling as he jumped the low wall. He had disappeared into the night by the time she picked up the telephone.

“Where on earth did I put that sugar bowl?” Alice Matlock muttered to herself as she searched the cluttered room. It was a birthday present from Ethel Carstairs—a present for her eighty-seventh birthday three days ago. Now it had disappeared.

Alice was having trouble remembering little things like that these days. They said it happened when you got older. But why, then, should the past seem so vivid? Why, particularly, should that day in 1916, when Arnold marched off proudly to the trenches, seem so much clearer than yesterday. “What happened yesterday?” Alice asked herself, as a test, and she did remember little details like visiting the shop, polishing her silverware and listening to a play on the radio. But had she really done those things yesterday, the day before, or even last week? The memories were there, but the string of time that linked them like a pearl necklace was broken. All those years ago—that beautiful summer when the meadows were full of buttercups (none of those nasty new bungalows, then), the hedgerows bright with cow-parsley (“gypsy” she always called it, because her mother had told her that if she picked it the gypsies would take her) and her garden full of roses, chrysanthemums, clematis and lupins—Arnold had stood there, ready to go, his buttons reflecting the sunlight in dancing sparks on the whitewashed walls. He leaned against the doorway, that very same doorway, with his kitbag and that lopsided grin on his face—such a young face, one that had never even seen a razor—and off he marched, erect, graceful, to the station.

He never came back. Like so many others, he was destined to lie in a foreign grave. Alice knew this. She knew that he was dead. But hadn’t she also been waiting for him all these years? Wasn’t that why she had never married, even when that handsome shopkeeper Jack Wormald had proposed? Down on his knees, he was, by the falls at Rawley Force; got his knees wet, too, and that didn’t half vex him. But she said no, kept the house on after her parents died, changed things as little as possible.

There had been another war, too, she vaguely remembered: ration books; urgent voices and martial anthems on the radio; faraway rumblings that could have been bombs. Arnold hadn’t come back from that war either, though she could imagine him fighting in it like a Greek god, lithe and strong, with a stern face, a face that had never seen a razor.

Other wars followed, or so Alice had heard. Distant ones. Little wars. And he had fought in them all, an eternal soldier. She knew, deep down, that he would never come home, but she couldn’t lose hope. Without hope, there would be nothing left.

“Where on earth did I put it?” she muttered to herself, down on her knees rummaging through the cupboard under the sink. “It must be somewhere. I’d forget my head if it was loose.”

Then she heard someone running outside. Her eyes were not as good as they used to be, but she was proud of her hearing and often ticked off the shop-girls and bus conductors who assumed that they had to shout to make her hear them. After the sound of running came a gentle knock at her door. Puzzled, she stood up slowly, grasped the draining-board to keep her balance, and shuffled through to the living-room. There was always a chance. She had to hope. And so she opened the door.