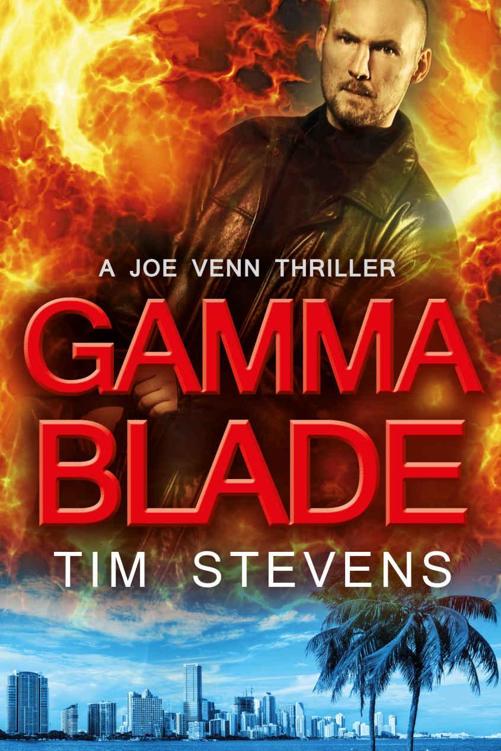 This ebook is licenced for your personal enjoyment only. If you would like to share it with another person, please purchase an additional copy for each recipient. Thank you for respecting the work of this author.

The first thing the man understood when he opened his eyes was that he was blind.

Panic gripped him in its steel jaws.

He bucked off the surface on which he was lying, feeling his torso weighted down, which added to his terror. Then he realized his limbs could move freely, and the mass bearing down on his chest and abdomen was in fact several layers of blankets, rather than restraints.

His fingers scrabbled at his eyes. He felt fabric of some kind, and pulled at it.

As he squeezed his lids shut, the after-image of the ceiling and the lights still vivid on his retinas, he grasped that he wasn’t blind after all. The material wrapped across his forehead – a bandage, he assumed – had been lowered across his eyes.

The man cracked his lids once more. The ceiling was still there. The lights were soft, blue-white panels.

He turned his head, and immediately a bolt of agony jabbed up through his neck and exploded in his head.

His stomach roiled with nausea, and he lay very still, fighting down the urge to vomit.

To his left was a nightstand, and beyond it a door. The door had a window in it, obscured by blinds.

Slowly, taking care not to provoke another stab of pain, he turned his head in the opposite direction.

The room was a small one, extending ten feet or so to his right. Immediately beside the bed was a trolley on which stood a contraption with several screens, across which flickered red and green displays. Wire leads snaked from the contraption toward him and disappeared beneath the blankets.

He recognized the machine as a cardiac monitor.

So: he was in a hospital bed. Through the closed door to his left, he could make out the bustle and clatter familiar to anybody who’d ever spent time on a ward.

Through the curtained windows to his right, he saw that it was night time.

The man gazed up at the ceiling once more and concentrated on his limbs. One by one, he clenched his fists, flexed his toes.

Everything seemed to be in working order.

He had no pain anywhere but in his head and neck. So he hadn’t been shot, or stabbed, or hit by a car.

He could move his limbs, his eyes, his facial muscles. He could think logically. Which suggested his brain hadn’t been damaged to any critical degree.

But he couldn’t recall what had happened to him.

The man raised his head a couple of inches off the pillow. The pain flared, but not unbearably so. He appeared to have full movement in his neck. And that probably ruled out meningitis. Though an inflammatory process like meningitis wouldn’t have accounted for the bandage around his head, anyhow.

Gingerly, with infinitesimal care, he groped for the side of the mattress and took hold of it and used his grip to leverage his legs sideways so that they extended over the edge of the bed. His head screamed in protest, but he rode out the pain.

He swung up into a sitting position on the side of the bed.

The room rocked, and he felt the bile rise in his throat without warning. Even as he dropped back onto the sheets, the acid tang seared his mouth and escaped his lips.

He lay back, heart hammering, registering distantly that not much had come up, and that meant his stomach was almost empty.

A woman’s face appeared in his mind’s eye, quite suddenly.

He tried to focus on her. She was young. Pale. Dark hair – he thought. Unsmiling.

Pain and an awful sensation of pressure made themselves known at the back of his head. Except they weren’t real. They were memories, just like the woman’s face.

They were
linked
to the sight of her face.

He grasped at the memories, feeling them slip away.

Had the woman hit him?

But the pain, the feel of the blow, was at the
back
of his head. She’d been in front of him, facing him.

Had an accomplice of hers struck him?

The man sat up again, even more slowly this time, pausing as the nausea threatened to return, moving again when it subsided.

He made it to an upright position, and this time stayed there.

The nightstand was an unremarkable, hospital-issue cube with a couple of shelves. A plastic flask of water and a cup rested on top. The man leaned forward to look at the shelves, wincing as the grogginess and nausea assailed him again.

The shelves were empty.

He felt the tug of the leads at his arms and chest and for the first time became aware of the IV winding from his forearm up to a bag of something – saline, he supposed – hanging on a stand by the corner of the bed.

He was dressed in a hospital gown emblazoned with tiny emblems. He squinted at them, but they gave no clue as to the name or location of the hospital. Beneath the gown he wore nothing but a pair of boxer shorts.

Taking care not to pull off the monitoring leads attached to his arms and trunk, he eased off the side of the bed. He felt cool tiles beneath his bare feet.

On the wall beside the nightstand was a small mirror. Leaning over, he was just able to stare into it.

The face that looked back was immediately familiar, and the sense of relief that flooded through him almost abolished the pain in his head. It was the face of a man of around forty, with thick dark hair and a jaw blue with five-o’clock shadow. The eyes were a clearer blue, though bloodshot.

Yes, he recognized that face.

He tried to think of the name attached to it.

And realized he couldn’t.

He searched the room as quickly as he could.

It wasn’t all that quickly. The man was hampered by the pain in his head and neck, and by the giddiness which assaulted him every time he stooped or changed position too abruptly. And he had to take care all the time to move the trolley with the cardiac monitor around with him. If the leads became detached from his body, he assumed an alarm would be triggered, and somebody would come to investigate.

And he wanted to find out a little more about himself and the situation he was in,
before
encountering another human being. For some reason he felt unsafe. Under threat. Even here, in the supposed sanctuary of a hospital ward.

He established that the single closet in the corner held nothing but extra sheets and blankets and pillows, and that the freshly laundered shirt and chinos and sports jacket on one of the chairs contained nothing in any of the pockets. No wallet, no ID of any kind.

At the door, he turned the knob to tilt the blinds in the window and peered through.

The ward beyond was brightly lit, more so than the side room he was in. He saw white-coated people moving about, and others in pale blue uniforms. Doctors and nurses.

He made out a clock on the wall at the far end of the ward. Seven twenty-five.

Sooner or later, somebody was going to come in to check on him.

He sat back on the bed and wondered why that felt threatening. He couldn’t work it out.

Was his sense of dread a natural reaction to his inability to remember his own name, his address, his
age
? When you lacked an identity of your own, the identities of those around you immediately became suspicious.

Wait. He
did
recall his age.

His date of birth was January sixteenth, 1975. He was fairly certain that this was May, 2015, though he didn’t know the exact date. So he was forty years old.

Partial amnesia, then, he understood. Caused by trauma to the head. His memories were likely to come back to him, given time.

Except he didn’t know if he had time.

Something within him – nothing as clichéd or concrete as a voice, more a silent series of synaptic firings within his primitive brain – warned him to arm himself.

The man slid off the bed, again taking care not to dislodge the monitoring leads or the IV line, and faced the mirror on the wall. It was held in place with four small screws at the corners, each with a Philips head notch.

He snapped the end off the handle of the plastic water jug on the nightstand. Using the sliver of hard plastic, he loosened the screws and lifted the mirror off the wall.

It was smallish, perhaps three feet by eighteen inches. He climbed back onto the bed, covered the mirror with the blanket, and knelt on it, applying steady and increasing pressure.

The mirror broke with a muffled snap.

The man lifted back the blanket, saw a neat diagonal crack. The smaller of the two pieces was six inches long and tapered to a point.

He tore off a section of one of the pillow cases and wrapped it tightly around the thicker end of the shard.

The sound of footsteps outside the door spurred him to slide the remaining piece of the mirror under the pillow and turn to flop back. He drew the blankets up over him, his right arm concealed by his side, his hand curled around the makeshift knife.

A tap on the door. Then it opened.

A woman stepped through.

He tensed, the adrenaline flooding his veins, his heart rate soaring.

It was the woman whose face had come to him a few minutes earlier. The one he’d seen just before he’d been hit from behind and everything had gone dark.

His grip tightened on the shard of mirror glass.

She closed the door behind her, darkening the room once more.

He appraised her quickly. Around thirty years old. Pale, but not unhealthily so. Auburn hair hanging loose.

She took a tentative step forward.

Joe Venn felt the early afternoon sun on his face like the heavens were smiling down on him, and immediately knew he was going to enjoy Miami.

He’d grown up in small-town Illinois and later in Chicago itself, where the winters were brutal. Now he lived in New York City, whose Januaries and Februaries gave the Midwest a run for its money. And although Venn was by now used to it, he wasn’t a cold-weather person at all.

Here, in Florida in late spring, you got the immediate sense that the sun never stopped shining.

Venn reached for a pair of retro-style aviator shades in his breast pocket and slipped them on.

Beside him, Beth laughed. “Now you really do look like a gangster,” she said.

They’d stopped at a car-hire kiosk and were now headed for the parking lot to collect the Prius. Beth had chided Venn when he’d said he was going to hire a car.

“There isn’t any need,” she said. “We can get a cab to the hotel. We can do the whole tourist thing on foot. Explore the city. We’re only here three days.”

But Venn didn’t like to be without a set of wheels, even in - especially in - an unfamiliar town. So they’d compromised. He’d get his car, but Beth would choose it.

And she chose a hybrid.

“If you’re going to damage the environment, at least minimize the harm,” she said, before he could mutter that over his dead body was he going to drive a Prius. Venn had been ready to argue the point.

But he held his tongue. It was getting easier to do, he reflected. His need to get his own way wasn’t as strong as it once was.