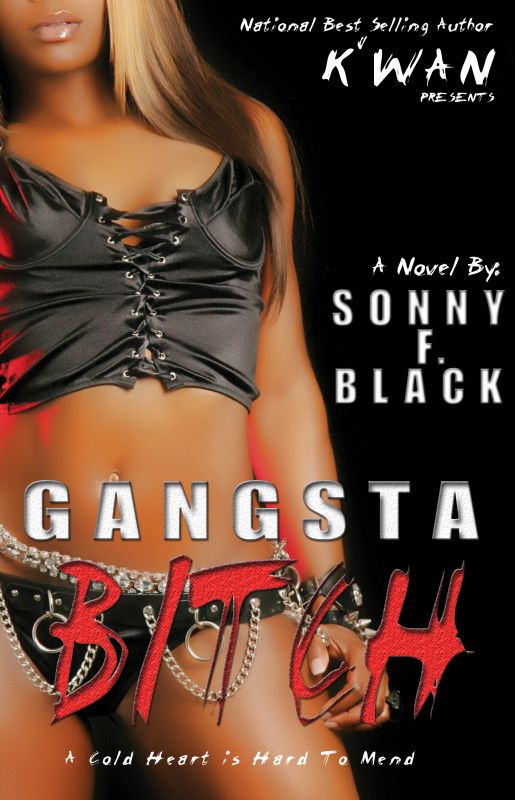 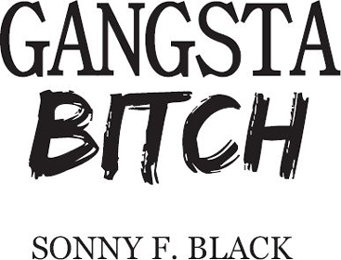 This novel is a work of fiction. Any references to real people, events, establishments, or locales are intended only to give the fiction a sense of reality and authenticity. Other names, characters, and incidents occurring in the work are either the product of the author’s imagination or are used fictitiously, as are those fictionalized events and incidents that involve real persons. Any character that happens to share the name of a person who is an acquaintance of the author, past or present, is purely coincidental and is in no way intended to be an actual account involving that person.

“
Go ahead, you black cock sucker
. I want you to do something stupid, so I can toe-tag your ass.”

D-Murder thought about it, but seeing the half dozen or so guns pointed at him he knew he’d never win. As carefully as he could he laid his pistol on the floor and got on his knees. Before he could even raise his hands the officers’ dog piled on him, and they began punching him in various spots, trying to bend his arms at impossible angles.

Lying on his stomach, D-Murder looked around the room and wondered how the hell he had gotten caught in such a fucked up predicament. There was blood splattered on the overturned furniture and walls of the bedroom. A man he had never seen before lying on the bed with a quarter-sized hole above his right eye. On the floor beside the man was another body. This one was faced down with several holes in his back. Blood was still flowing from the body, turning the coke that had come from the busted packages into a pinkish goop. Though he had never once fired his gun, D knew he was fucked with a capital F.

“Somebody got caught with their hand in the cookie jar,” an officer wearing a windbreaker smirked, cuffing D’s hands roughly behind his back.

“Dawg, I know what it looks like but I ain’t got nothing to do with this shit,” D tried to tell the officer.

Windbreaker jerked him roughly to his feet. “Yeah, and I’m the fucking queen of England,” he chuckled.

“Looks like that tip we got paid off, huh? Who we got here?” a black detective asked, approaching from behind. When he saw who Windbreaker had in custody all he could say was, “Oh shit!”

“What’s the matter?” Windbreaker asked not really understanding the situation.

Windbreaker turned D around and examined his bloody face. “You’re shitting me. This can’t be the so-called Ghost.”

“It’s him,” the black detective confirmed. “I saw a picture of him at the house when we searched it.”

“Wow, we’ve nabbed the fucking Boogie Man. Funny, I heard you were a lot bigger,” Windbreaker examined him.

“Don’t believe everything you hear,” D-Murder said, as if he was being cleaver.

“You think this was some type of payback for what they did to his brother?” Windbreaker asked the black detective.

“Fuck is you talking about, what’s my brother got to do with this?” D-Murder’s smug attitude disappeared and was replaced by nervousness. “Somebody tell me what the hell is going on?”

“Probably,” the black detective said to Windbreaker, ignoring D’s question. “He was a big man when he was running shit, but now he’s just meat. They tore that boy up something terrible.”

“Calm down,” Windbreaker ordered, putting D in a reverse chokehold. “Your brother ain’t going anywhere but the morgue and your ass is going downtown, D-Murder.”

“I told you I didn’t have anything to do with this!” D continued to struggle.

“Right, those two stiffs shot each other. You’re going down for double homicide, pal.”

Windbreaker read D his rights, but he gave no indication if he heard or understood them. All that was on his mind was the pile of shit he had managed to step into. Even if he beat the murders they had still caught him with a pistol. He had been betrayed by his own crew and someone had assassinated his brother, the same man who he had promised his grandmother he would protect. There was no doubt in D-Murder’s mind that even with a high-powered lawyer he would have to do some time. But no matter how long it took, D would have his revenge, this he swore on his brother’s stolen life.

She stood watching the television in wide-eyed shock. The bowl she’d dropped along with the ice cream that had been in it, lay at her feet in a mess of glass and melting cookie dough. Even though the news reporter spoke with complete clarity, she still felt like she had heard wrong. This couldn’t be happening.

It took a great amount of concentration for her to get her legs to move, but she was able to make it to the couch where she collapsed in a heap. With trembling hands she turned up the volume on her big screen television as the reporter recounted the breaking story.

“The bodies were found in this building,” he motioned at the familiar structure behind him. Though she was never allowed inside, she had been to the building many times.

“Both men were killed in what appeared to be a revenge murder for the slaying of Dwayne ‘Knowledge’ Bernard, the boss of the Uptown Boys drug cartel, earlier today. The man in custody is one Derrick Bernard, alleged enforcer for the Uptown Boys and the brother of the deceased. The younger Bernard, armed with a loaded 9mm, was apprehended at the scene. Bernard is currently being held for the double revenge slaying as well as for questioning in several other murders that took place between 2000 and today. We’ll have more news as the story unfolds.”

She wanted to scream, but didn’t have the strength to push the sound out, so the grief stricken roar she was looking for ended up being a sick meowing. She pounded her fists into the couch, trying to dismantle an imaginary opponent, until she was so spent that all she could do was collapse back on the couch. Pressing her tear streaked face into the cushions she prayed over and over for someone to wake her up from the horrible nightmare. When she opened her eyes nothing had changed.

Okay, Francis, you gotta pull it together. We’ve prepared for this
. Pulling her self together as best she could, Francis tucked her emotions and slipped into Gangsta Bitch mode. The first thing she did was call the lawyer they’d kept on retainer for such emergencies. The second thing she did was pull out the safe she kept in the back of her closet. He’d always talked about putting it up for a rainy day, and from the looks of things, it was about to storm.

She counted the money twice and it still looked suspect. A double murder wouldn’t be cheap and as good as the lawyer was, he was still a vulture. But this didn’t deter her. For as feminine as she was, the heart of a hustler beat in her chest. As long as there was breath in her body and strength in her fingers, she would do any and all things in her power to protect her man. Grabbing her coat and a pair of leather gloves, she headed for the door. Before she left, she picked up her big black Coach bag and tested the weight. Nodding in approval she went out to make the rounds to try to ensure her man’s freedom.

Though she meant well, it would only be a matter of time before the other shoe dropped, and when it did, it fell hard.

It was cold, but the sun was still shining
. Summer had rolled directly into winter, leaving everyone to wonder what in the hell had happened to the fall? The hood was quiet, but active. It was always like that in the winter. In the hood, some cats hustled like squirrels, stacking their paper through the warmer seasons and only periodically enduring the bite of the nastier ones. Then you had the goons, the young boys that are so hungry that neither weather nor warfare could deter them from getting a dollar. This was the case with Young Sha-Born.

“Big Pete, what da deal, baby?” Sha greeted his boss with a pound and a hug. He’d been on the block since five o’clock the previous day and showed no signs of slowing down.

“How we looking out here, son?” Pete asked. Pete was a young dude seeing good money slinging cocaine in the hood. Granted, he didn’t have the deepest pockets or the largest crew, but he did very well for himself.

“Like money, baby, you know what it is wit this,” Sha-Born clapped his hands together to try and warm them.

“True,” Pete gave him a pound. “Yo, I’m going upstairs for a few, son, anybody else ask tell em you ain’t seen me.”

“I see we into big things,” Sha-Born looked at the girl Pete had with him up and down. She was the color of cinnamon with long dark hair, and a shape straight off of Sticky Pages. Her sky blue jeans hugged her hips so crazy that Pete couldn’t really be mad at Sha-Born for looking. Sha-Born wasn’t sure where he’d found her, but he wondered if she had a sister.

“Always, kid, you know how the God play it,” Pete said smugly. He pulled the sexy young girl closer to him. “But yo, you ain’t seen me, my nigga.”

“I got you, P,” Sha-Born nodded. As Pete and the mystery lady passed, Sha-Born took one last look at her ass and sighed.

“These lil niggaz act like they ain’t never seen a woman before,” she said once they were in the lobby.

“Nah it ain’t that, they just ain’t used to seeing somebody as bad as you on the scene,” he ran his hand down her arm. The elevator opened and they stepped in. Before the doors could close she was on him. The mystery lady shoved Pete roughly against the wall and jammed her tongue in his mouth. She stuffed her hand down his pants and began to massage his penis, while trying to suck the life out of him. By the time the elevator reached Pete’s floor his breathing was ragged and he could hardly breathe.

“Give it to me, daddy. I want you to fuck me right here in the project hallway like a dirty little bitch,” she panted in his ear while trying to undo his pants.

“Oh, this is fly,” she looked around his living room in awe. There was a large flat screen mounted on the wall with a deep leather sectional opposite it. Lining his walls were beautiful prints of famous black leaders throughout history. The most impressive was a huge picture of Malcolm X greeting some of the locals during his tour of the Middle East.

“That was one bad mutha fucka,” Pete said, motioning towards the picture.

“Yeah, I’ve been following that cat since grade school. My father actually studied under him,” Pete lied.

“Baby, you are
so
deep,” she kissed him. “That’s what attracted me to you. You’re a street nigga, but I can tell you’re really smart!”

The Complete Dramatic Works by Samuel Beckett
The Trial by Larry D. Thompson
Old Wounds by N.K. Smith
The Mammoth Book of Irish Romance by Misc.
Long Snows Moon by Stacey Darlington
Wildfire and the Heritage of the Desert by Zane Grey
A Wolf's Heart (Harlequin Nocturne) by Anna, Vivi
Wrecked Book 4 by Hanna, Rachel
Alone: A collection of Short Stories by Sallis, Tracy C
Promises After Dark (After Dark #3) by Kahlen Aymes
Our partner