Read Get Over It Online 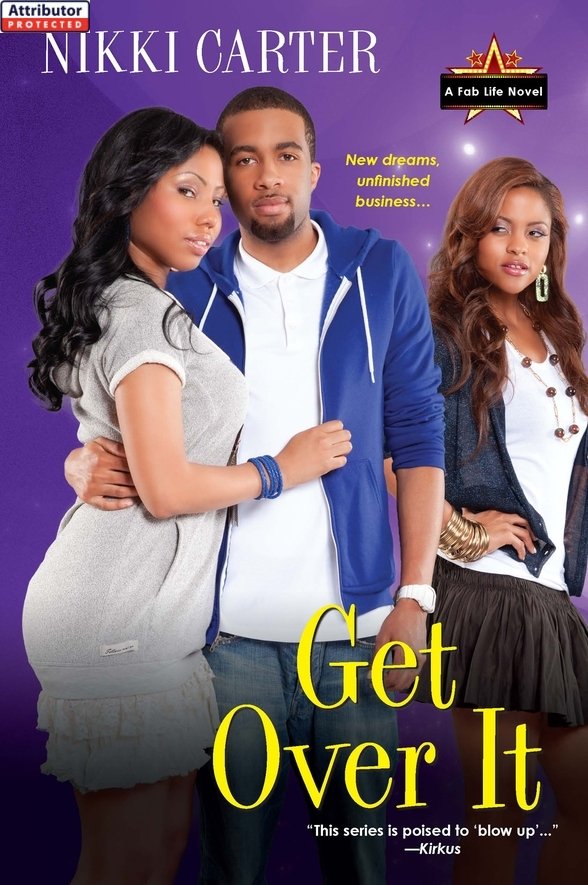 All copyrighted material within is Attributor Protected.
Table of Contents
Also by
Title Page
Dedication
Acknowledgments
1
2
3
4
5
6
7
8
9
10
11
12
13
14
15
16
17
18
19
20
21
22
23
24
25
A READING GROUP GUIDE
Discussion Questions
Teaser chapter
Copyright Page
For Dee Stewart, aka Miranda Parker.
My writing chica who's now got her heavenly crown.
You certainly lived a fab life.
Miss you!
Acknowledgments
Sunday is back in the house, y'all! She's been pretty drama filled lately. I'm just glad to be able to tell her story, and I hope everyone likes this installment!
When I think about the career I've had so far, all I can say isâGod is able! I thank Him for every blessing and every word, because He's the one who gave me this imagination.
I want to thank my hubby, Brent, for making Crock-Pot gourmet dishes while I finished this book, and doing laundry and all of the other gazillion things he does. I couldn't do this without him.
My children rock too! They are priceless and so darn helpful. Briana and Brittany, direct your lil' friends to the bookstore and tell them they need to buy this one.