Gin: The Much Lamented Death of Madam Geneva: The Eighteenth Century Gin Craze 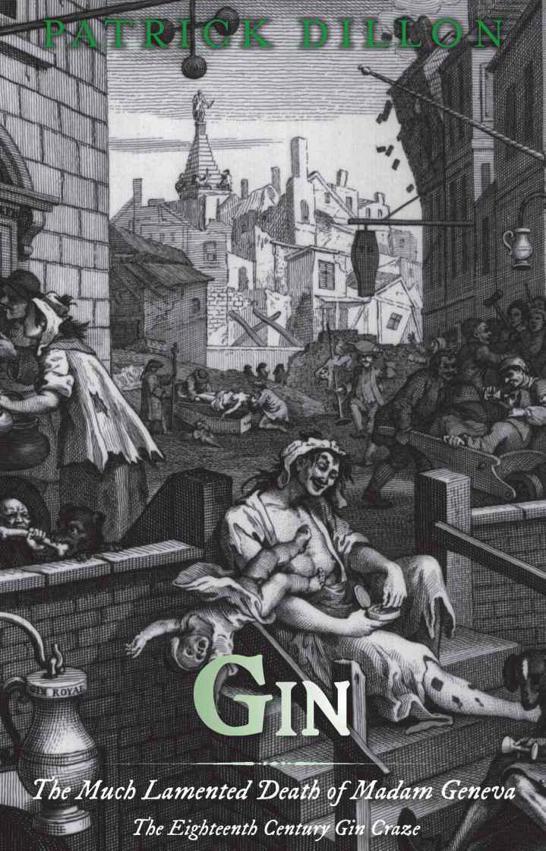 The Much-Lamented Death of Madam Geneva

This edition published in 2013 by:

Patrick Dillon was born in London in 1962. He has lived there all his life and has developed a broad knowledge of the city and its social history. As an architect, he has worked on a number of eighteenth-century projects, including Benjamin Franklin’s London house. His previous books, the novels
Truth
and
Lies
, were set in London.
The Much-lamented Death of Madam Geneva
is the result of detailed research into contemporary archives, court records, pamphlets and newspaper reports. Patrick Dillon is married with two children.

ONE   The Glorious Revolution

TEN   The Death of Madam Geneva

I am particularly grateful to my agent, Andrew Lownie, and commissioning editor, Heather Holden-Brown, for their support, ideas and encouragement throughout the process of writing this book. Matthew Parker has been a sensitive, sharp-eyed and clear-headed editor. For their help in research, I am grateful to the staff of various archives and libraries, particularly the British Library, Public Records Office, London Metropolitan Archive, Guildhall Library, London Library, City of London Records Office and Cambridge University Library. I would also like to thank Penny Fussell, at the Draper’s Company, and Christine Jones, at the Diageo Archive Department, for giving me access to material at their disposal. I am grateful to Professor John Chartres of Leeds University for putting me on to Jessica Warner’s articles on the Gin Craze.

But most of all, for ideas, suggestions, criticism and patience, this book is indebted, as well as dedicated, to my wife, Nicola Thorold. 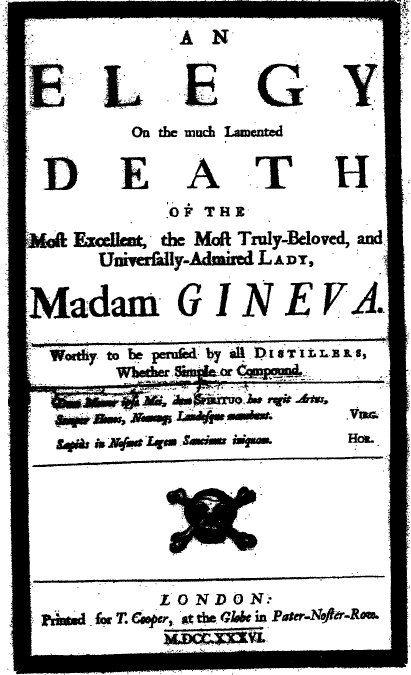 The term ‘Gin Craze’ was not a contemporary one. Reformers of the early eighteenth century were more likely to talk about ‘the pernicious consequences of the common people drinking spirituous liquors.’ But ‘Gin Craze’ has gained some currency in subsequent histories of the period and is too useful a shorthand to abandon.

The balance of early eighteenth-century prices, incomes and tax revenues was very different from our own, making a single multiplier confusing. An income of £20 a year was usually thought to be the subsistence line, but many lived below it. Daniel Defoe reckoned a hard-working poor man without skills would find it difficult to earn more than £10–£15 a year. A large section of London’s skilled tradesmen and ‘middle classes’ lived around the £40–£50 mark. £300 a year was reckoned the minimum for a gentleman. From his income, a poor man would probably spend a shilling a week on lodgings (£2–£3 a year) and five shillings on food. The cheapest dosshouses charged a penny a night. Jonathan Swift, by contrast, paid eight shillings a week (£20 a year) for his two rooms in Bury Street. Government revenues fluctuated around £5m–£6m a year throughout most of the period, rising in the 1750s to an annual figure around £7m–£8m.

Statistics for spirit production are taken from the collection made by the Commissioners for Inland Revenue in 1870. Figures in original Excise Office records and reports to Parliament differ only marginally from these. Gin was measured in the wine gallon of 231 cubic inches. 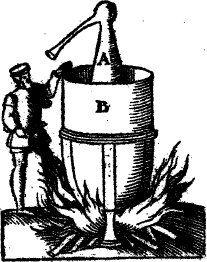 I
t started as alchemy.

It started with secrets. The Greeks knew how to take the salt out of sea water. Chemists of the Levant brewed mysterious potions in odd-shaped vessels. When Henry II’s soldiers raided monasteries in Ireland in the twelfth century, they sometimes came across casks of a heady liquid they didn’t recognise. The liquid was hot on the tongue and burned their throats. Just a few gulps could leave them roaring drunk.

When the magic of distilling began to be whispered around Europe in the late Middle Ages, it was ‘Books of Secrets’
1
which passed on the formulae. Distilling transformed the nature of matter, and that had always been the alchemist’s dream. The distiller put ordinary wine into his still. He lit a fire beneath it. And at the touch of the fire’s wand, a mysterious transformation took place. Vapour rose from the broad base of the still to its narrow neck, condensed, then dripped from the spout. What the distiller collected in the vessel he had waiting was clear and odd-smelling, slightly oily. It was nothing like the wine he had started with; nature had been
transformed. The distiller had reached out and placed one hand on the philosopher’s stone.

The philosopher’s stone produced the elixir of life, and that was the name distillers gave to the clear, pungent liquid that dripped from their stills. It became aqua vitae, eau de vie, usquebaugh, the water of life. No one doubted its power. Distilled spirits were the new wonder-drugs in the apothecaries’ cabinet. Their medical possibilities seemed limitless. They cured palsy and prevented scurvy, some claimed. They were good for the eyes. They would even protect drinkers from the most terrible scourge of all, the plague. An English doctor who set down his own recipe not long before the terrible outbreak of 1665 boasted that ‘this water … must be kept as your life, and above all earthly treasure … All the Plague time … trust to this; for there was never man, woman, or child that failed of their expectation in taking it.’
2

The ingredients distillers put into their stills were exotic, the recipes complex and fantastical. One, of 1559, was for ‘a certain Aqua Vita such as is made at Constantinople in the Emperor’s Court.’
3
The most refined of all spirits were ‘compound waters’ (
aquae compositae
), which were made in two separate processes. First a raw spirit was distilled, usually from wine. Then a complex bouquet of flavourings was added to the spirit, and it was distilled again. This time, the liquid which dripped from the still carried with it a powerful aroma and taste. Its flavourings were herbs from the medieval medicine chest, spices carried halfway across the world in small sealed boxes: ‘rue, sage, lavender, marjoram, wormwood, rosemary, red roses, thistle, pimpernel, valerian, juniper berries, bay berries, angelica, citrus bark, coriander, sandalwood, basil, grain of paradise, pepper, ginger, cinnamon, saffron, mace, nutmeg, cubeb, cardamon, galingall.’
4
It was no coincidence that the flavoured spirit called gin would be developed in Holland and England, the two countries that would dominate the spice trade.

James Munkers by Lindsey Little
Croc and the Fox by Eve Langlais
The Graves of Plague Canyon (The Downwinders Book 3) by Michael Richan
Rockets Versus Gravity by Richard Scarsbrook
Orchard of Hope by Ann H. Gabhart
Done Being Friends by Grace, Trisha
The Fog of Forgetting by G. A. Morgan
The Wild Wood Enquiry by Ann Purser
Hades by Russell Andrews
Bella Fortuna by Rosanna Chiofalo
Our partner