Read Give Me You Online 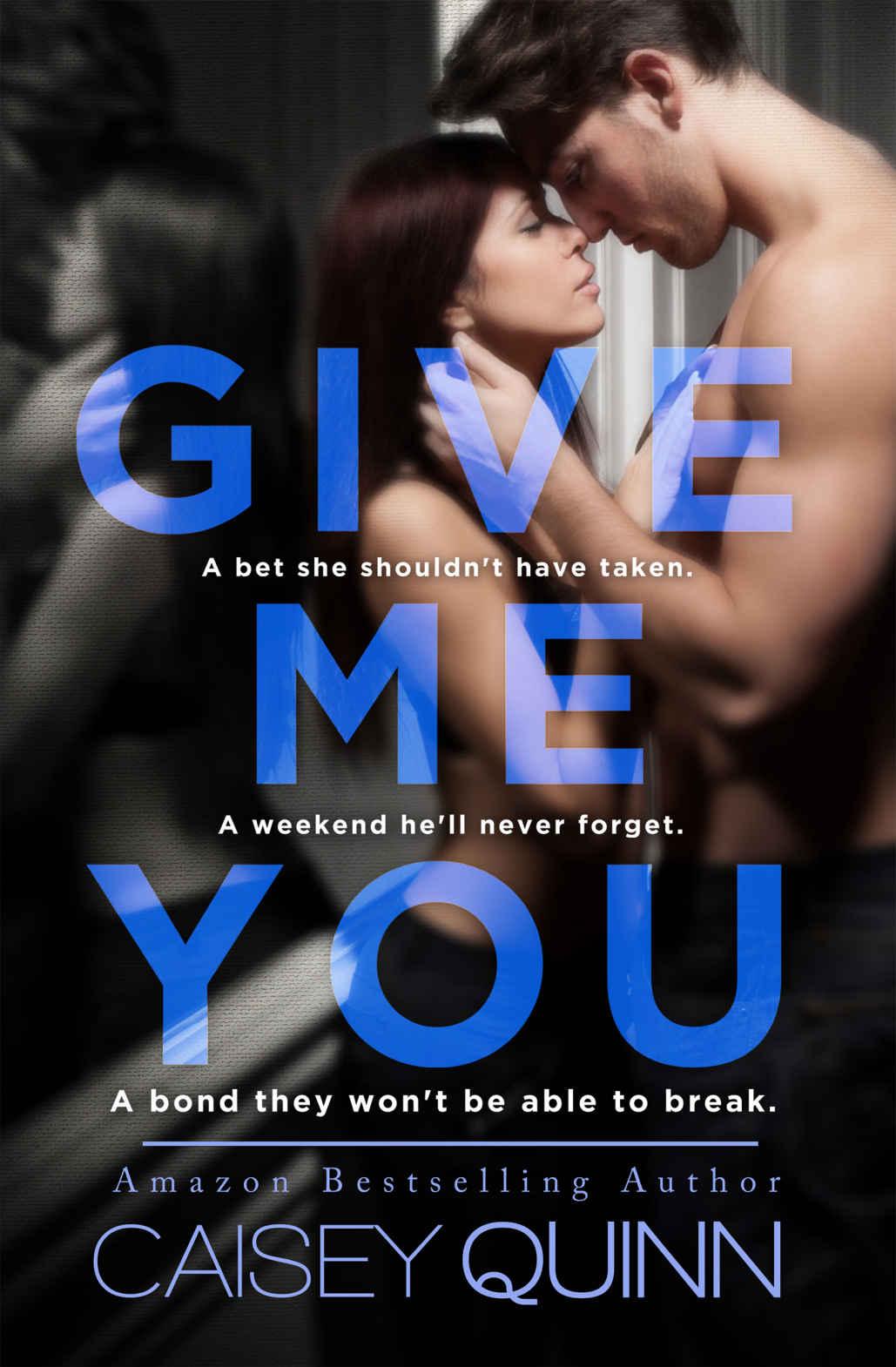 Praise for the Neon Dreams series

“Authentic. Emotional. And scorching hot!
Leaving Amarillo
is everything I want in a book—fantastic writing, loveable characters, and a story that stayed with me long after the last page. My favorite New Adult book, hands down! Excuse me while I go read it again.” -Cora Carmack,
New York Times
bestselling author

“A heart wrenching ballad on the page that sings with vulnerability and crescendos with undeniable love. An emotional page-turner from start to finish that will leave you wanting more.” -Jennifer Ryan,
New York Times
and
USA Today
bestselling author

“Caisey Quinn writes with an integrity, emotional depth, and heart that leaves me breathless.
Leaving Amarillo
has made me a fan!” -Candis Terry

“This has all the things that make up great country songs: love, longing, and the requisite heartbreak. A rollicking new series!” -Jay Crownover,
New York Times
bestselling author of ROWDY

“Quinn’s series debut is a refreshing look at one band’s quest for country music stardom, from the back roads of Amarillo, Tex., to the bright lights of Nashville… Quinn’s novel is a complex emotional rollercoaster ride, with love for family and friends playing as much of a role as romance.” -
Publishers Weekly

THE ENTIRE NEON DREAMS SERIES IS

Falling for You
(novella)

Song of My Heart:
The Gretchen Gibson Story

For a
sneak peek at
729
,
the upcoming southern suspense novel coming this September from Caisey Quinn, keep reading after the conclusion of
Give Me You
.

Corin Connelly left her past far behind her in New York City. Along with her mother and an ex-boyfriend who had no plans to let her go. Starting over in college in California seemed like a vacation in paradise compared to her old life, and if anyone needs a fresh start, it's her. But her new roommate has a life-threatening secret, and soon paradise becomes even more intense than New York. When she loses a bet to the university soccer team's star goalie, Skylar Martin, he claims a prize she didn't ever plan to give him.

A weekend in her hometown.

Skylar Martin is used to getting what he wants. Growing up in a world of privilege has made his life easy, which is exactly how he likes his women. But when a feisty redhead tells him no, he becomes determined to figure out what makes her tick. And what she's hiding.

Spending a weekend together will change everything they think they know about each other. The closer they become, the harder it is to hide the mistakes they thought they'd left behind--mistakes that will stand in the way of what they both want.

Corin and Skylar will have to stop hiding from the darkness in their pasts if they want a bright future together. But how can you love someone if you can't forgive them?

For everyone who read
Keep Me Still
and believed Skylar and Corin had a story worth telling.

To err is human; to forgive, divine.

C
all me childish, but I fucking love butterflies.
Love
them.

First of all, they’re gorgeous. Second of all, they don’t sting, bite, shit, or need to be fed or watered.

I’m sitting outside of the clinic on a cold metal bench when one dances on the air beside me. Its wings are bruise blue and black, and it lingers for a few seconds, giving me time to admire it, before it flits away on the stale city breeze.

I’ve never been the kind of person who looks for signs or any type of handout from the universe. I learned at an age I couldn’t even remember that there was no magic in the mysteries of the unknown. Life is life. Sometimes it’s beautiful and sometimes it’s downright fucking disgusting. The beauty is always fleeting and the soul-stabbing pain is never-ending.

So I wasn’t sitting there, after receiving the most horrific news of my life, looking for a sign.

I was waiting for a damn bus. Which was late.

Not that I was in a huge hurry to get back to my shitty apartment or my creep of a boyfriend-slash-landlord. But I wasn’t looking for a sign either. Or a miracle. Or anything really. And yet…that butterfly just appeared in front of my face. I looked down at my grease stained T-shirt, the one from the diner I worked at, and then up at the bus that had finally arrived.

Time to make a change? Community College might be right for you! Call today for the keys to unlock the potential in your future!

Normally I wouldn’t have noticed the cheesy-ass advertisement shouting at me from the side of the bus. Wouldn’t have thought that the redhead grinning maniacally while clutching a stack of textbooks to her chest in the giant picture looked anything like me. Any other day I wouldn’t have punched the number into my phone. But that day, I did.

Because it was either that, or walk out in front of the damn thing and put an end to it all.

The Internet Escapade by Joan Lowery Nixon
Aiding the Enemy (War Girls) by Rowe, Julie
Steamed by Katie Macalister
The Dreamstalker by Barbara Steiner
The Grace in Older Women by Jonathan Gash
Promise Me by Cora Brent
The Portuguese Escape by Ann Bridge
Romantic Screenplays 101 by Sally J. Walker
A Betty Neels Christmas: A Christmas Proposal\Winter Wedding by Betty Neels
Starlaw by Candace Sams
Our partner