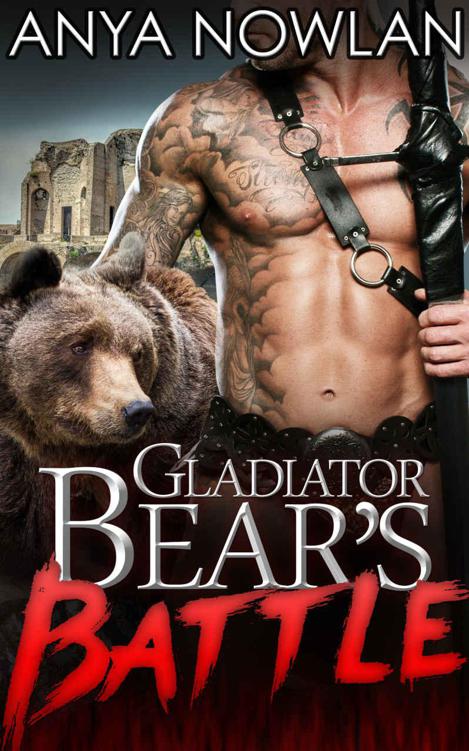 Removing her cape, her teeth dug into her lower lip as she stared up at Erden. He smiled at her softly, crossing his arms over his impossibly wide chest.

“And to what do I owe the pleasure?” he teased, as if she was not risking her health and future every time she snuck down to see him.

“The party. It is tomorrow,” Kiya said blankly, walking deeper into the tiny, barely lit room.

She put the cape down on the stool she had previously used to keep other items she had brought him. Truth be told, she had been down here quite often now, sacrificing nights of sleep for the opportunity to talk to him. Speaking with Erden gave her perspectives on life she had never had. Her outside existence had ended as a child and she had known little else other than the sanctuary that was the villa. But he had lived a whole life outside and yearned to get back to it. His dreams became her dreams and soon she found that her day was not quite complete without him.

What she had feared for years now had finally happened. She had fallen in love. Hopelessly so.

She finally dared look at Erden again, her eyes meeting his. The apprehension and worry she carried in her soul reflected in his expression. He understood why she was there.

“So you fear this is goodbye?” he asked, walking closer to her.

Without pausing to think about it, she snaked her hands around him and drew herself against his chest. She could hear him gasping under his breath, but he put his hands around her shoulders and let his body mold around her small, curvy frame.

“I hope this is hello,” she admitted.

The sun beat down on his tanned, exposed skin like the merciless bitch that it was.

Erden’s lips were turned back in a snarl and his hands ached from gripping his mallet as hard as he did. Blood trickled into his left eye but he couldn’t spare a moment to wipe it away. Not even a fraction of a second could be lost, or the tales of his might may end up as nothing more than the laments of a gladiator lost in battle.

A flash of movement caught his attention from the corner of his eye and he swung around gingerly, the cuts and gashes that had accumulated on his limbs and body making spritely actions difficult, if not impossible. The
bestiarius
that attempted to sneak up on him while his partners distracted him had made a valiant effort, but it was not enough.

Like a giant blessed with far too much speed, Erden twirled around the mallet that must have weighed as much as each of the men and brought it down right where the man had been standing. He missed his target—the man’s head—by only a fraction of an inch, but the howl of pain as he rolled away noted that his aim had mostly been true. The crackle of thigh bone shattering into a thousand pieces under the weight of the weapon told him as much.

Cheers erupted in the arena around him, as men, women, and children alike screamed his name in a cacophony that had long ago stopped meaning much to the weathered gladiator. He didn’t get lost in the adoration of the crowd anymore. No longer did the squealing voices or the plentiful bosoms that the simple women sometimes bared for him distract him. He had learned too much to let the simple things grab his attention. No, a bear only lived as long as he was always ready, and Erden was intent on living.

For the briefest of moments, his eyes looked up toward the senator, sitting on his gilded throne. He wore a slight smile on his aging yet strict features, but his hand stayed firmly on the armrest of the seat. No reprieve for him yet. Erden growled, his gaze slipping over the hunched body of his
lanista
, the man who owned him. Every hair, nail, and tooth on his body was accounted for by Julius Augustinus. The man stared back with blazing gray eyes that seemed as lifeless as they were filled with fury at the same time.

A sharp pain rattled through Erden and a downward glance quickly proved the cause of it. A lance had been stuck into his thigh, almost piercing straight through. His cold, rage-filled brown eyes shifted to the man standing more than thirty feet from him, whose aim had been so true as to wound him from a distance. In the process, though, he had left himself unarmed.

Not today,
Erden thought, letting go of the mallet with one hand.

He gripped the lance and with a grimace of pain—followed by shocked gasps and then raucous screams from the crowd—yanked the blade out of his leg. He didn’t stop the howl of pain that accompanied it. Let them hear it. It would be one of the last things their ears would be blessed with.

“Is that all you have to offer, little bugs?!” he roared, a taunting grin on his face.

The two
bestiarii
, both great gladiators sent to their untimely deaths against Erden, quieted and looked at each other. Erden didn’t need to look behind him to know that the third man was staring at him much the same, and the fourth that he had struck down many minutes ago would have as well, if he still had eyes to see out of.

“It will take more than that to cut down the Bear of the North,” he seethed, baring his teeth as blood seeped out of the deep wound on his thigh.

It didn’t matter. He would have time to heal. He would have time to lament his foolishness for getting cut as many times as he had by these upstarts. He would also have plenty of time to hear the
lanista
mock him for growing old and weathered, ever closer to the day when he would not be the strongest in the arena, and when someone would come and strike him down where he stood, as he had done to so many before him.

But that all meant that it would be on another day. Another day to live.

A slow chanting began around the outer edges of the arena, moving closer and growing in strength. Erden’s muscles whined with exertion and he shuddered as the adrenaline pounded through him, chilling him even though the sand was boiling hot beneath his bare feet. He wore nothing but leather pants that now did little more than hold his gashed skin still on his muscles. Yet the mallet felt lighter in his arms, and a deathly grin spread over his dry lips as he recognized the chants.

“Blood! Blood! Blood!” echoed from the arena, moving from the poorer seats to the richer, until not a single body in the arena could stand quietly.

Erden resisted the urge to seek out the one whose words truly meant the world to him. He knew that just one glance would be enough for him to lose his head and his mind, to get trapped in her beauty.

Not now. But soon. You will survive this day. For her.

The two
bestiarii
who could still fight charged as if knowing what would happen a second later. But it was too late. Just when they began running toward him, one holding a shortsword and the other just his fists—a true mark of the desperation the man must have felt—the hand of the senator rose up for all to see.

Grinning like Hades standing up from the underworld, Erden dropped the heavy mallet with a thud that could be heard across the arena. As soon as he let go, the chants shushed and not a soul dared breathe. Erden closed his eyes, the smirk still playing on his lips, and let the bear take control.

With practiced ease, his massive body contorted and expanded right toward his two attackers. He took a running step forward and by the time his foot touched the sand again, it had transformed into the padded paw of a giant brown bear. Another step later, the transformation was complete. His strong body had grown and warped, becoming stronger and wider still. His tanned skin was lost under a thick mane of rugged fur, and the sharp angles of his face, usually softened by his beard, were now the menacing, powerful lines of a bear’s maw.

The
bestiarii
knew they were too late. There was nothing left to do. They would have perhaps stood a chance against any other bear. Wear him out, trick him, and make him run back and forth between them—there were options. But not with Erden. Not with the Bear from the North. Not the Slayer of Men. They were dead as soon as the senator’s hand went up, signaling the release.

Erden met them in a few steps. He could feel the almost trifling hit the man with the sword landed on his neck, the cut barely going deep as the gladiator’s pale green eyes dimmed and dulled. Erden’s mouth filled with the taste of blood as the man’s ribs cleaved apart like twigs under the hooves of a dozen horses. He let out a strangled scream as Erden threw him over his shoulder and into the third man, who had been lying on the ground rapidly bleeding out.

The crowd cheered once more, their bloodthirsty wails a sign of their appreciation for his strength. Erden smacked his maw a few times, blood trickling down from it and making small pools in the sand. His wise eyes considered the last gladiator, who scrambled for a weapon. It would do him no good. He tried to lift Erden’s mallet, but failed almost comically.

For a moment, Erden felt for him. He had done nothing to deserve this fate, Erden imagined. His bear was ruthless, even more so than the man, but each gladiator knew that the man he was facing off against during any battle had a story of their own to tell, and often it would not differ much from man to man. Most of them were slaves, taken from their homelands and brought to fight for the amusement of royals and plebs alike, and they had no choice but to strive to live each and every day. Until someone stronger came along. And Erden? Well, in the arena, he was always stronger, despite not being the youngest of warriors anymore.

Prince's Proposition (The Exiled Royals #3) by Ivy Iverson
Deathworld by Harry Harrison
Protecting Peggy by Maggie Price
Rake Beyond Redemption by Anne O'Brien
Marek (Buried Lore Book 1) by Gemma Liviero
One Thousand Brides by Solange Ayre
Everything She Needs (The Everything Trilogy) by Shandwick, K.L.
Phoenix: The Rising by Bette Maybee
Jitterbug Perfume by Tom Robbins
Heart of the Ocean by Heather B. Moore
Our partner