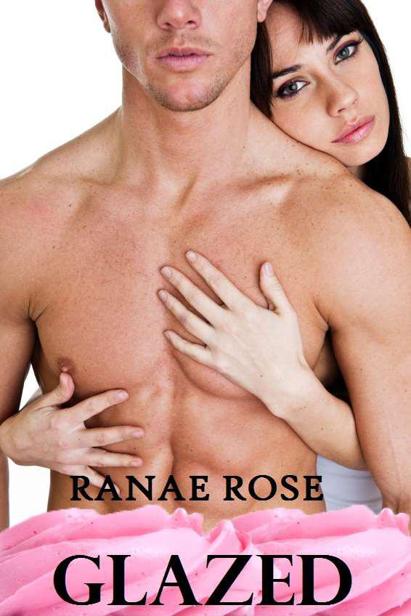 eBooks are not transferable. This book may not be sold, shared or given away. Doing so would be an infringement of the copyright.

This book is a work of fiction. All characters, names, places and events are products of the author’s imagination and are in no way real. Any resemblance to real events, locales or persons, living or dead, is entirely coincidental.

All rights reserved. No part of this book may be used or reproduced in any manner without written permission of the author, except in the case of brief quotations embodied in critical articles and reviews.

Exciting things seldom occurred on the sidewalk in front of the 1 Stop Convenience Store in the small town of Blue Mills, Maryland. So when an almost-naked hunk ran by as Kelly exited through the shop’s front door, he caught her full attention.

He was tall and muscular – that was gloriously obvious, even in darkness that was alleviated only by the glow of fluorescent lights that poured through the store’s large windows. Very muscular, actually, and clad only in a white cotton towel, which he’d wrapped untidily around his hips and appeared in imminent danger of losing. She caught a brief glimpse of a handsome profile before he passed her by, not pausing to look left or right.  His short dark hair looked wet. His feet were bare and slapping damply against the cement. By all indications, he’d just stepped out of a shower and into the street. She stared. She might have thought the spectacle inappropriate, had the runner not looked like an underwear model. Minus the underwear. As it was, the sight of him hurrying down the street with his long muscles gleaming wetly under the fluorescent lighting was welcome, if extremely strange. Nobody ran almost-naked through the streets of Blue Mills. And so, reaching automatically into her purse, she did what came naturally when she saw something interesting – she grabbed her phone and snapped a picture.

The small flash was bright against the night, but the runner didn’t notice. When she looked down at the screen she got an eyeful of his rear-end peeking from beneath a slipped towel.  It was just as toned as the rest of him. She looked up just as he was rounding a street corner, his towel already hitched hastily back in place.

Well, the show – whatever it had been about – was over. Now it was time for dinner. She glanced down at the plastic shopping bag she was clutching. A chocolate-cherry ice cream label peeked through its semi-transparent surface.  A small surge of guilt assaulted her conscience, but was short lived. It had been a busy, productive day. Eating ice cream for dinner every once in a while wouldn’t kill a girl. Besides, after catching a glimpse of the de-toweled runner, she could use a little help cooling down.

Car trouble was no fun. With her vehicle currently in the custody of Blue Mills’ finest mechanic and her funds too pinched to splurge on a rental car, Kelly was thus consigned to navigating the day on foot. Maybe it was karma’s way of paying her back for the ice cream she’d downed for dinner the night before. Or maybe it was simply the fact that her car was what one might rightfully call a jalopy.  Either way, she was saving every penny she could right now, and a new car – permanent or temporary – was out of the question. So with vague thoughts of the good it would do her health and her bank account, she strode out her apartment door and onto the sidewalk with a smile on her face.

It wasn’t until she was nearly run over by a truck that she began to hate having to walk.

“Aaah!” She leapt like a crazed gazelle, the sound of her wordless scream drowned out by screeching brakes that ripped her brutally out of a daydream. Her dark brown hair billowed around her face as she spun, several strands landing in her open mouth. Spitting them out, she whirled again to face the vehicle that’d come so close to flattening her.

The stench of burning rubber filled the air as a silver pick-up truck roared to a sudden halt. A tremor coursed through Kelly as she looked down at the chrome bumper, which had stopped a mere foot from her hip. She glanced around the intersection she’d been crossing, her eyes wide and her heart hammering away at her heaving ribs.  There were no other vehicles coming toward her. That was good, but she might be in danger of dying of a heart attack anyway. How likely was a twenty-eight year old to have a heart attack? She pressed her hand against her breast, trusting her relative youth to protect her from a sudden death.

When the driver emerged from the truck cab her heart flew past overdrive, launching itself into a turbo-charged thumping spree.

“You,” she gasped, her voice escaping her dry mouth as little more than a whisper.

Her would-be killer grimaced, his mouth turning down into a spectacular frown as he looked her up and down with a set of deep brown eyes, apparently searching for damage.  “I know. I’m a jackass.”

“No,” she replied, still too shocked by her brush with death to assign blame. “You’re the naked guy.” His face was the same she’d glimpsed the night before, and there was no mistaking those muscles.

His visual inspection of his victim had now brought him to her hips, and his eyes widened suddenly, remaining there for half a moment before snapping up to search her face. “The naked guy?”

The heat of embarrassment crept across her cheeks, a physical sensation to vie with the violent tattoo her heart was beating against her ribs. “The mostly naked guy. I guess I should’ve said ‘the towel guy’.”

He smiled, but looked mildly embarrassed. At least she wasn’t the only one.

His gaze shifted from her face to the ground as he ran a hand through his short, dark hair. “So you saw.” He looked back up at her, a rueful smile curving his mouth. “What are the odds?”

She smiled – no, grinned – back, feeling like a dope. He had a great smile – the kind that made you want to smile back twice as big. And then, there was the equally grin-worthy memory of his butt, escaped in all its toned glory from the towel. As she remembered the snapshot she’d taken her purse felt suddenly heavy, as if her cellphone had magically morphed into a brick. Or was that just the weight of her guilt? She tried not to imagine what this man might say if he knew she was toting around a picture of his bare ass. “Not very high,” she answered, feeling compelled to say something, even if his question had obviously been rhetorical. “I mean, it’s not every day someone streaks half-naked through the streets of Blue Mills. Or that someone gets mowed down in an intersection.”

Crap. She hadn’t meant to sound so bitchy.

“Wow. You make me sound like quite the maniac.” He laughed bravely.

Like his smile, his laugh was contagious.  She took advantage of the fact, covertly checking out the way the motion of his laughter made his muscles strain his T-shirt as she too indulged in a few moments of mirth. Questions raced through her mind unbidden. Was he a local? How old was he? Thirty, maybe? “I didn’t mean it that way,” she said when she’d recovered from a bout of embarrassingly girlish giggles.

“No,” he replied, his laugh dying in his throat as he shook his head. “I was driving like an idiot, and I didn’t see you step out into the street. I almost killed you. I’m sorry.” He solemnly extended a large hand, and Kelly reached out demonstrate her acceptance of his apology by shaking it.

Only a handshake apparently wasn’t what he’d been going for. As soon as his hand closed around hers, he reached out with the other to open his truck’s passenger-side door. “Let me give you a ride to wherever you’re going.”

Before she knew it, he was helping her into the cab. She had vague thoughts of protesting, but they became lost somewhere among the lingering giggles that were making her stomach jump.

The truck roared steadily through the now-empty intersection. He proceeded at a modest pace, casting frequent glances at the sidewalks, as if wary of any pedestrians who showed signs of stepping out in front of the vehicle.  “So where were you headed when I almost ‘mowed you down’?”

“The corner of West and Spiller,” she replied, reciting the address she’d memorized by heart. Her stomach fluttered as she spoke, and this time it had nothing to do with man she was riding so cozily close to in the truck’s small cab.

“Right.” He nodded as he presumably committed the address to memory. “I’m Derek, by the way.”

“You too.” He looked away from the road for the first time, turning toward her with a rueful smile. “I would’ve preferred it to have been under much different circumstances, though.”

She smiled back. “To tell the truth, I’m grateful for the ride. My car’s in the shop, and it’s hard to get much done in a day when you have to walk everywhere.”

He nodded sympathetically, just as she shifted in her seat, causing something to crinkle. She looked down, where the corner of a white paper bag protruded from beneath her leg.  She carefully removed it from under her thigh and held it appraisingly against the morning light that spilled in through the cab’s generous windows.

She grimaced, peeking into the bag. “Sorry. I think I squashed the jelly out of one of them.”

“You’re more than entitled to squash all of those donuts after the way I almost squashed you.”

The sight of the bright crimson raspberry jam that was smeared across the bag seemed suddenly sinister to Kelly after this comparison, but it wasn’t enough to keep her from reaching in to snatch one of its companions. Her selection was liberally coated with bright pink icing, its sweet aroma guilt-inducing. After last night’s ice cream dinner, this hardly seemed a healthy way to start the day. But anxious to complete her errands and knowing it would be difficult to manage on foot, she’d barely paused to throw down a cup of coffee that morning, let alone eat anything. And her near-death experience seemed to have awakened her appetite. Her stomach gave a low growl, and she bit into the donut.

“Mmmm. I think this is the first time I’ve had a donut in about a million years.” She leaned back against the seat, sighing in sugary bliss.