Read God Save Texas: A Journey Into the Soul of the Lone Star State Online

God Save Texas: A Journey Into the Soul of the Lone Star State (25 page) 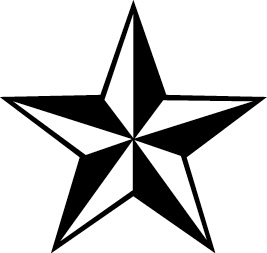 THE MOST CONTENTIOUS ITEM
on Dan Patrick’s list of priorities for the 2017 session was the “bathroom bill,” S.B. 6, which would bar transgender people in public schools and government buildings from using restroom or locker-room facilities that do not correspond to the sex listed on their birth certificates. It also overturns any local antidiscrimination ordinances that permit transgender citizens to choose which bathroom to use.
In 2016, a similar bill was signed into law in North Carolina. In response, musicians such as Bruce Springsteen and Pearl Jam canceled concerts, and sporting associations, including the NBA and the NCAA, dropped plans to hold events there. Governor Pat McCrory, who supported the law, lost his bid for reelection, in part because of the national outcry. Patrick contends that his bill will have no economic effect on Texas, and that the only people opposed to it are “the secular left” and the press. “They don’t want prayer in public schools, they’re not pro-life, they see nothing wrong with boys and girls showering together in the tenth grade, or a man being in a woman’s bathroom,” the lieutenant governor said at a prayer rally on the capitol steps. Attorney General Ken Paxton, who is under indictment for securities fraud, added, “This is a spiritual war.”

The bathroom bill arose after the superintendent of schools in Fort Worth, following federal guidelines at the time, announced in 2016 that transgender students would be allowed to use the restroom or locker room that corresponded to their gender identity. He additionally suggested that teachers and administrators refer to students as “scholars” rather than “boys and girls.” At the prayer rally, Patrick called for the superintendent’s resignation, suggesting that these sorts of policies would be “the end of public education” and would ignite a mass revolt on the part of parents. “I believe it is the biggest issue facing families and schools in America since prayer was taken out of public school,” Patrick concluded.

The business community in Texas went a little berserk over S.B. 6, and produced a report suggesting that passage could cost the state up to $8.5 billion (a figure discredited by PolitiFact). The Super Bowl was held in Houston a month after the legislature opened for business, and in response to the bathroom bill the National Football League intimated that, were S.B. 6 to pass, the championship might not visit Texas again. Governor Abbott, who had been keeping his head down, told the NFL to mind its own business.

Bathrooms have been an issue in the state before. At a Willie Nelson concert, in Austin, in the 1980s, I was in the men’s room when a dozen desperate women barged in and laid siege to the stalls. It was actually a rather high-spirited interlude. It happened again on several occasions, until 1993, when Ann Richards was governor. She signed the “potty parity” bill, which mandated that new sports and entertainment facilities place two toilets in the women’s restrooms for every one in the men’s.

The bathroom bill was not unique to Texas—a dozen other states had similar bills pending—but it embodied the meanness and intolerance that people tend to associate with Texas. The bill was being sold as a way to protect women against sexual predators who might pose as transgender—a problem that scarcely exists. Laws already on the books protect women from being accosted or spied upon. The sponsors of the bill claimed that it was not meant to discriminate against transgender Texans, although the law would do just that. The only remedy for trans people would be to change their birth certificate, a costly and time-consuming procedure. The bill proposed fining schools or state agencies up to $10,500 per day for violations. “How are they going to enforce it?” Chuy Hinojosa asked me. “Would a woman have to raise her dress?” There was grumbling about the need to hire “pecker checkers.”

We’ve talked about the bathroom bill at my regular Monday breakfast, which consists of Steve Harrigan, historian H. W. “Bill” Brands, and Gregory Curtis, the former editor of
Texas Monthly
. It seems inevitable that bathrooms of the future, at least in Texas, will devolve into unisex stalls, the way they already are in some restaurants. I said that I noticed a new bathroom in the Austin airport. The sign said, All Genders. Greg observed that would spell the end of urinals. We were all silent for a bit. That would be a loss.

Steve later reported a sign on a restroom door at an Austin restaurant that said:

WHATEVER
JUST WASH YOUR HANDS

ON
MARCH 2, 2017,
I returned to the capitol to have lunch with the Speaker of the House, Joe Straus, a laconic Republican from San Antonio. It was the hundred-and-eighty-first anniversary of the day Texas declared its independence from Mexico, and the beginning of the “high holy days” among Texas historians, climaxing on March 6, the date of the fall of the Alamo. The capitol rotunda was filled with schoolchildren wearing coonskin hats and gingham dresses with frontier bonnets, getting ready to perform Marty Robbins’s song “Ballad of the Alamo.” Kids from the Texas School for the Deaf were there to sign as the other children sang. Four retirees representing Buffalo Soldiers—the black cavalrymen who made their mark in the Indian Wars—were getting ready to present the colors. A tall man wearing a top hat paced about, rehearsing Travis’s letter from the Alamo. Meanwhile, on the floor of the House, resolutions were being offered to honor the “sacrifice of the heroes of the Alamo” and to commend notable citizens. A member advocated for the breakfast taco becoming the official state breakfast item.
I met Straus in his office. There was a bust of Sam Houston on the Speaker’s desk. “You know, it’s also his birthday,” Straus said. He then switched on the closed-circuit television to watch a moment of the press conference for the Texas Freedom Caucus, a newly hatched group of a dozen cultural conservatives, led by Matt Schaefer, a state representative from Tyler, in East Texas. They model themselves on a similar body of House Republicans in Washington. They had formed in part because the term “Tea Party”—in Texas at least—had lost its meaning, since nearly every Republican in the legislature claimed to be unimpeachably conservative. The declared mission of the group was to “amplify the voice of liberty-minded grassroots Texans who want bold action to protect life, strengthen families, defend the Bill of Rights, restrain government, and revitalize personal and economic freedoms in Texas.” What distinguished this group was that they were all vociferously anti-Straus.

Straus shot me a weary look.

“The thing that concerns me is the near-total loss of influence of the business community, which has allowed really bad ideas like the bathroom bill to fill the void,” he said, as we sat down to some delicious crab cakes in the Speaker’s private dining room. Audubon bird prints adorned the wall. “CEOs have stopped coming to the capitol to engage directly. They now work only through lobbyists, and it’s just not the same.”

Straus comes from a longtime Republican family in San Antonio. One of his ancestors founded the L. Frank Saddlery Co., which made saddles, harnesses, and whips. Teddy Roosevelt and the Rough Riders stopped in San Antonio to equip themselves with L. Frank gear on their way to the Spanish-American War. The company’s slogan was: “The horse—next to woman, God’s greatest gift to man.”

When Straus is not in Austin, he is an executive in the insurance and investment business. He spent some time as a young man in Washington, where his wife, Julie Brink, worked in the Reagan White House and in the 1988 George H. W. Bush presidential campaign, while Joe served in the Commerce Department.
Texas Monthly
called him “the last moderating force in Texas politics.”

Straus is trim and dapper, like an account executive out of
Mad Men
. He is certainly the most prominent Jewish politician in Texas history—a fact that has repeatedly been used against him in campaigns, to little effect. This is his fifth term as Speaker, which ties a record. He beat Tom Craddick for the post, one of the most dominating Speakers the House has ever had. Still, it’s a surprise to many observers that the even-tempered Straus has persevered as long as he has. “All the things they said about him—‘He’d show up at a gunfight with a butter knife,’ ‘He can’t make a fist’—they were all wrong,” Evan Smith told me. “Joe Straus is so much tougher than he appears.”

His Speakership has concentrated on providing the workforce and infrastructure that Texas businesses need by protecting public education, building roads, establishing more top-tier universities, and expanding job training. Perhaps his biggest victory was passing the State Water Plan in 2013; when the state was in the middle of a devastating drought, Straus ushered through a $2 billion revolving loan fund for state water projects.

With each session, Straus has watched the Republican Party drift further away from the “compassionate conservatism” of the Governor Bush era to domination by social and religious ideologues, such as Patrick, for whom economic issues are secondary. Although both Democrats and non–Tea Party Republicans see Straus as a brake on the controversial cultural agenda being pushed by the lieutenant governor, Straus worries that his moderation is being used as a foil for the radicals. “I can only do so much to keep the focus on fiscal issues and away from the divisive stuff,” he told me. “The confidence that people seem to have in the House to serve as a stopper only enables the Senate to run hotter than they ever have before.”

Straus believed that most Republicans in the House didn’t want to vote on the bathroom bill, but like their colleagues in Washington, they worry about being challenged from the right in the primaries. “If it gets to the floor it could be a close vote,” Straus observed. “I can’t imagine anyone really wanting to follow North Carolina’s example, but I can’t guarantee that’s not going to happen.” Meanwhile, he was pressing his own legislative agenda, which included additional funding for public schools, improving Child Protective Services, and devoting more resources to mental health—all this in a session where the budget had been hit by the decline in oil and gas revenues.

Before the session began, Straus was issuing warnings against the bathroom bill. “I’ve become more blunt than ever,” he told me. He frequently urges business leaders to stand up against such legislation. “I try to be diplomatic but clear: that if you give in on the bathroom bill to preserve a tax break, there’s another equally awful idea right behind it.”

The political story in Texas both reflects and influences the national scene. At a time when Democratic voices have been sidelined, the key struggle is within the Republican Party, between those who primarily align with business interests and those preoccupied with abortion, gay marriage, immigration, religion, and gun rights. The 2017 session in Austin would prove to be a bruising example of raw politics waged by two talented people, Straus and Patrick, both of whom fervently believe in their causes. There are crucial differences between Patrick’s style of governance and Straus’s, caused by the fact that the lieutenant governor is elected by the voters of the state, whereas the Speaker is chosen by House members. Unlike Patrick, who has total control over what bills come to the floor, Straus exercises influence by artfully appointing committee members who can pull the fangs from the most damaging legislation (or let bills languish until there’s no time to consider them). “Dan Patrick rules by fear,” Gene Wu, a Democratic state representative from Houston, told me. “Joe Straus rules by consensus.”