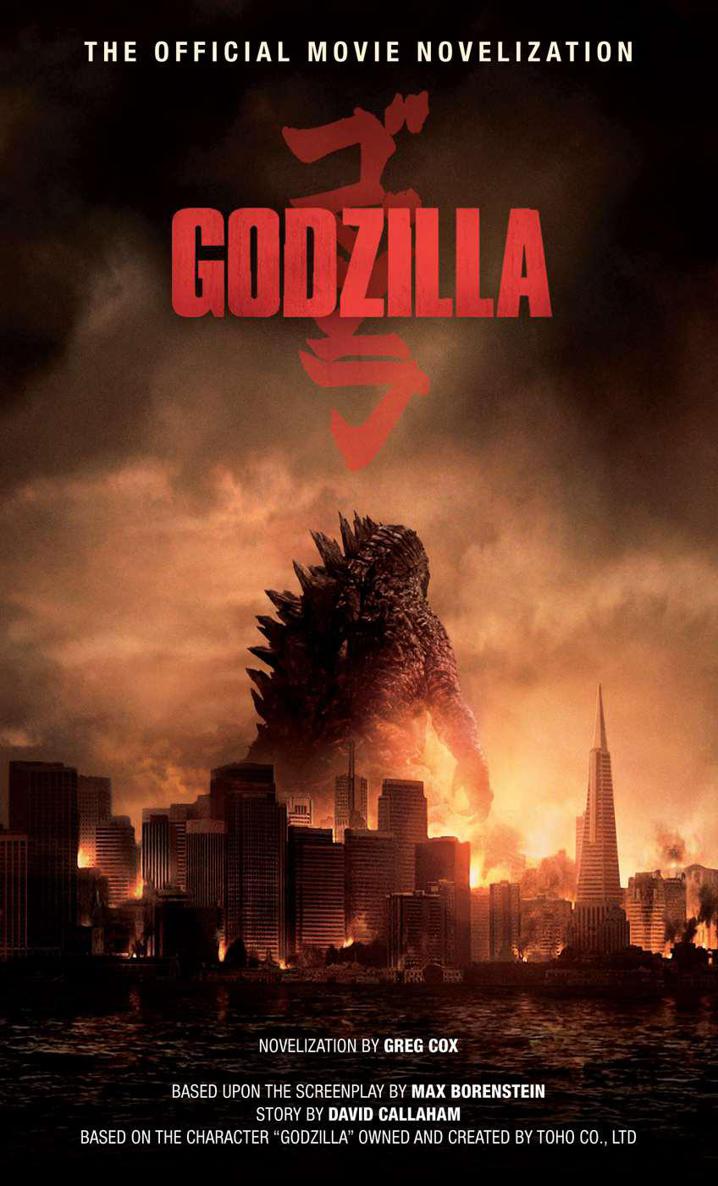 Nature was at peace.

The turquoise waters of the South Pacific reflected a cloudless blue sky. A coral reef shielded a tranquil lagoon from the sea beyond. A handful of tiny islands formed a remote atoll that was barely a speck on maps of the region. Palm trees swayed above a white sand beach. Warm trade winds rustled thatch huts and coconut groves, as the islanders went about their daily tasks. Bare-chested men, their skin baked brown by sun, tended to their fishing nets and outrigger canoes. Women in white cotton dresses wove baskets and looked after the cooking fires. Naked children played in the sand and surf, chasing after crabs, seabirds, and each other. They slaked their thirst with coconut juice and feasted on breadfruit, bananas, and papayas. A young boy, only eight years old, swam like a dolphin in the warm, refreshing waters of the lagoon, enjoying what seemed like a perfect day in paradise.

A strange white wake entered the lagoon from beyond the coral reef. The glassy blue water churned and swelled, stirred by the passage of some vast, unfathomable mass beneath the surface. The boy cried out in alarm, and dived frantically out of the way, as a huge dark form rose up from the depths. On the shore, startled villagers dropped everything to gape in fear and wonder, shielding their eyes from the sun, as the conning tower of a large gray nuclear submarine surfaced with a blast of salty spray.

Moments later, the rest of the sub came into view, claiming the lagoon like an invading sea monster. More than three hundred feet long, the intimidating steel vessel dwarfed the islanders’ simple outriggers. Paddling in the water several yards away, the boy watched along with his people as a familiar red-white-and-blue flag unfurled via a mechanical winch. Despite his island’s remote location and relative isolation from the world, the boy recognized the Stars and Stripes of the United States of America. It had been less than a decade after all since the Americans and the Japanese had waged war over the scattered islands of the South Pacific, but the boy’s people had largely been left alone since then. He wondered what had brought the Americans back to the islands.

A shiver ran through the boy, despite the warmth of the sun and water. He knew somehow that the world as he knew it had just changed forever…

Weeks later, Navy helicopters raced away from the island, which had been radically transformed by its new owners. The boy, his friends, family, and neighbors—all 170 natives of the atoll—had been relocated to another island hundreds of miles away. The simple village had been razed. Thatch huts and fire pits were replaced by temporary utility structures, along with massive concrete bunkers built to protect cameras and other test equipment. Frightened pigs and goats were locked inside cages labeled “Test Animals.” Some had been shaved and coated in experimental lotions—in the interests of science. They squealed and grunted anxiously as the ‘copters departed, abandoning them on the island. An atomic bomb stayed behind to keep them company.

The bomb rested ominously atop a sturdy metal platform constructed by Navy engineers. It was a large, riveted metal egg over eleven feet in length and weighing more than ten thousand pounds. Hand-painted on its nose cone was a snarling lizard, with angry eyes and fangs, pinned inside the cross-hairs of a gun sight.

Fleeing the island, the ‘copters passed over the deck of a massive escort carrier floating several miles away from the test site. The
USS Bairoko
was a
Commencement Bay
-class carrier, nearly seven hundred feet long and displacing over ten thousand long tons. Commissioned too late to take part in the War, it had been named after the decisive Battle of Bairoko and pressed into peace-time service. The carrier housed over a thousand souls, including, on this particular mission, a number of scientific observers, many of whom waited tensely on the deck as crucial minutes ticked by. They stared out across the sea at the tiny atoll, which was only a smudge in the distance, and sweated in the heat and humidity. The sun blazed overhead, powered by the same thermonuclear reactions that were about to be unleashed on the defenseless islands.

In the ship’s bridge, a sonar screen tracked a large green dot advancing toward the atoll.

“Countdown commences at thirty,”
a voice blared from the loudspeakers.
“Twenty-nine… twenty-eight…”

The entire world seemed to hold its breath.

Beyond the carrier, the sea boiled white as a chain of immense, jagged fins broke through the churning froth. Shipboard observers looked on in awe, instinctively backing away from the jaw-dropping spectacle. Each fin was at least the size of a massive rock formation. The mind boggled at the thought of what they might be attached to.

On the island, the test animals sensed what was bearing down on them. They squealed and bleated in panic, bucking and scrambling in their cages. Goats kicked violently against the bars, bloodying their hooves in their frantic attempts to break free. Pigs pawed at the unyielding metal floors of their cages, trying unsuccessfully to burrow to safety. Seabirds abandoned the islands in a flurry of flapping wings. Brightly colored fish fled the lagoon, preferring the dubious safety of the open sea to what was now approaching. Sharks and other predators fled as well.

On the deck of the
Bairoko
, the assembled scientists and military brass braced themselves for what was to come. Protective blast goggles were lowered over dozens of pairs of eyes, the better to witness the historic event. Documentary cameras whirred on tripods that had been lashed to the deck with multiple redundant cables. Ordinary crewmen, lacking special goggles, ducked and covered their eyes as the countdown neared its climax.

A colossal form rose from sea like a living waterfall, hundreds of feet tall. The immense shape was shrouded by torrents of cascading water and foam, making it difficult to make out more than its gargantuan proportions. For a brief moment, a thundering, primordial roar bellowed across miles and miles of open sea, all but drowning out the amplified countdown.

A blinding flash of light erupted from island, followed by an immense fireball that could be seen from miles away. The glare was so bright that even the tinted lenses of the blast goggles were not enough to spare the observers aboard the ship, who were forced to avert their eyes. By the time they could turn their gaze back toward the blast site, a gigantic mushroom cloud was billowing up into the sky above the devastated atoll. The sight of the ominous cloud sent an instinctive shudder through all present. Matter itself had just been split apart at its most fundamental level.

A maelstrom of uprooted sand and debris exploded across the atoll, tearing off the tops of trees. The shockwave rippled out across the waves in all directions, racing faster than the speed of sound. The deafening noise of the blast hit the
Bairoku
mere seconds later: a deep, jarring rumble that shook the soldiers and scientists all the way down to the bone. It was a sound to rattle the very rafters of heaven and make a mockery of peace. The serenity of the islands was a thing of a past, as was, perhaps, the monstrous leviathan that has been briefly glimpsed during the final seconds of the countdown.

Or so the observers prayed.

Dr. Ishiro Serizawa gazed out the side door of the helicopter as it soared over a lush green landscape. Below him stretched a sunlit tropical rain forest clinging to the rugged slopes of the Philippine highlands. Pines and other evergreens dominated the pristine mountainsides, while mahogany and bamboo groves thrived at the lower altitudes, painting a scenic portrait of pure, unsullied nature. A distinguished-looking man in his early forties, with receding black hair and a neatly trimmed mustache and beard, Serizawa enjoyed the view—until he spied his destination.

The strip mine cut like a gash through the verdant wilderness. Acres of natural beauty had been torn away to expose barren ridges of rock and soil. Ugly metal structures crouched upon shelves of naked bedrock that had been carved, blasted, and bulldozed into the side of the mountain. Shanty towns spilled down the slopes, providing housing for the thousands of laborers toiling in the hot midday sun. Mining, for copper, zinc, nickel, and other minerals, was a growing industry in the Philippines, but it came at the expense of the nation’s precious flora and fauna. Instead of abundant greenery, the mining complex was dirty, brown and lifeless. Serizawa winced at the damage done to the environment. The older he got, the more he thought that Nature was sometimes best left to its own devices.

His eyes narrowed as he spied what appeared to be a caved-in section of the mine. This was what had drawn him to this desolate location, all the way from his native Japan. He eyed the collapsed mine with a mixture of excitement and trepidation. The early reports had hinted at something truly remarkable, well worth this exhausting journey. Serizawa couldn’t wait to see for himself.

Lawyer Up by Kate Allure
Daisy Buchanan's Daughter Book 2: Carole Lombard's Plane by Carson, Tom
Indiscretions by Madelynne Ellis
The Proposal & Solid Soul by Brenda Jackson
The Case Against William by Gimenez, Mark
The Purchase by Linda Spalding
Neighbourhood Watch by Lisette Ashton
Give Us Liberty by Dick Armey
Brother's Keeper by Elizabeth Finn
The Beginner's Guide to Living by Lia Hills
Our partner