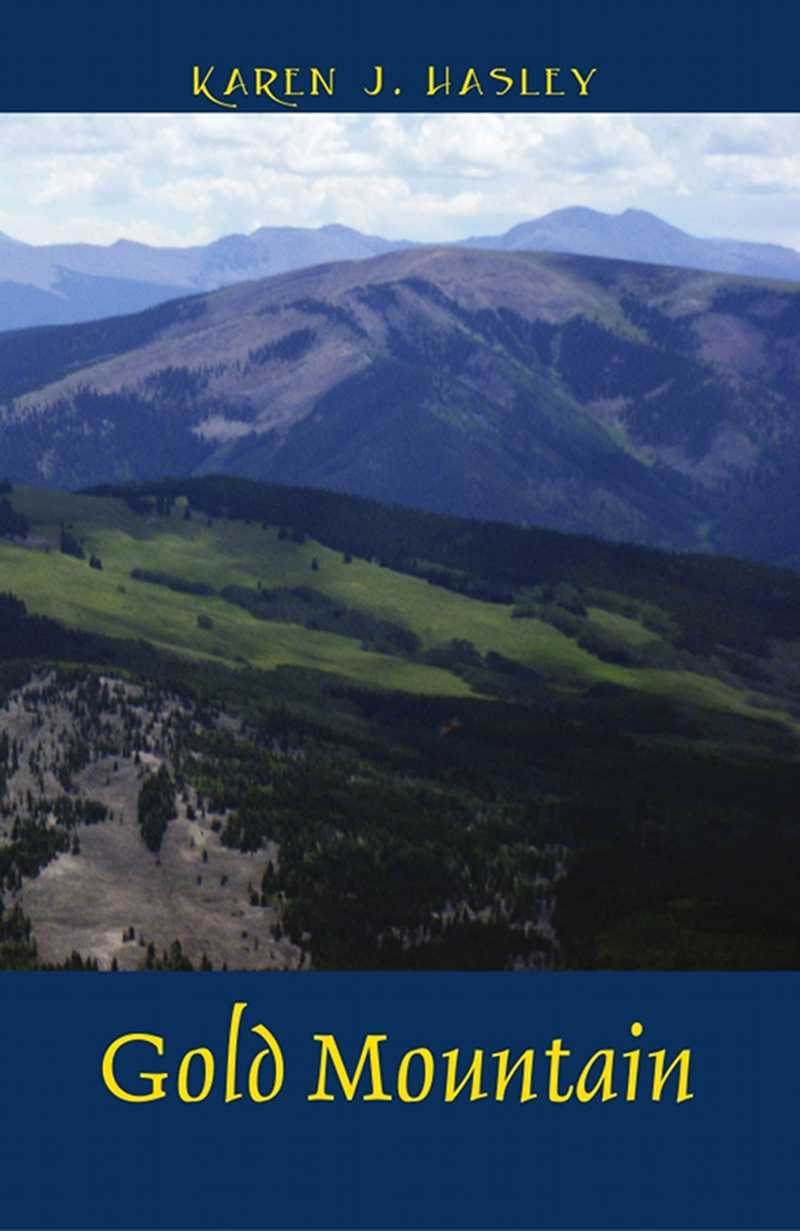 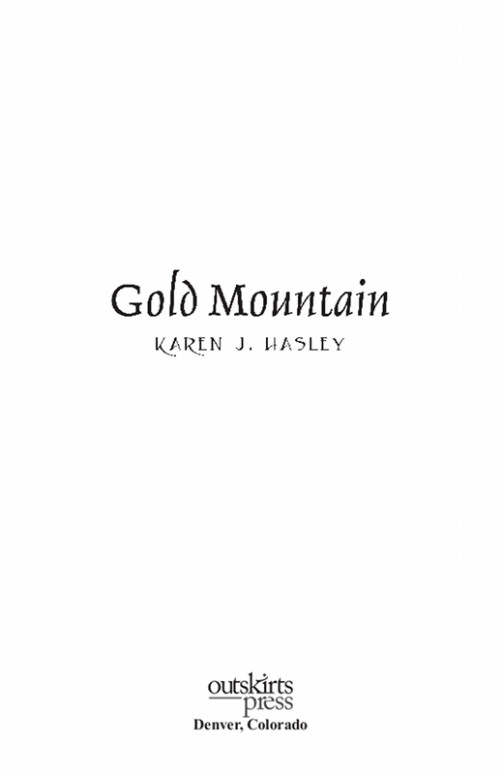 Mother to Many and a Remarkable Woman of Purpose

A wounded sigh for these folks: paupers gone begging on a mountain of gold.

J
ohanna and I left China on an April morning so clear and beautiful that the horrors of the past twelve months might have been only a delusion, a trick of memory—or of nightmare. Surely no place so lovely in blue and green could have spawned the crimson violence and death of the past year.

As the ship pulled away and the harbor faded, I looked down at my young companion’s face, pale and pinched from silent grief, and placed an arm around her shoulders to pull her close.

“I predict your grandmother will be waiting for us on the dock in San Francisco, Johanna. Her wire to Father was—”

“Imperative? Dictatorial? Autocratic?” Johanna gave me a slight smile as she spoke and in unexpected intimacy did not immediately move away from my casual hug.

“I was going to say decisive, but I can’t argue with any of your choices.” Then, resolved to take advantage of our rare closeness, I continued in a conversational tone, “I don’t recall that your mother had any such similar air about her.”

“No, she didn’t,” agreed Johanna and pulled away from my touch to step closer to the rail as if she wanted to get a better look at the now distant coastline. I knew better, however. Her posture told me that she was not yet willing or ready to talk about her family. Perhaps because I reminded her of them too much, she would never be able to do so with me. Perhaps it would take new surroundings and an unknown grandmother to allow Johanna to heal and start to live again. Poor child. Orphaned a year ago and haunted by frightful dreams that awakened her—awakened both of us—in the night. Nevertheless, bad dreams or not, I knew Johanna Swan well enough to believe that she would one day be whole again. The girl was made of strong stuff.

Johanna and I traveled aboard the
Solace
, an ambulance ship with an itinerary that necessitated an extended Pacific voyage before we reached our destination of San Francisco, which was one of the complaints Johanna’s grandmother had wired to my father. Had my father been a different sort of man, Mrs. McIntyre’s demanding tone that bordered on the scornful—“
Your years apart from your extended family in so rustic a part of the world may have caused you to forget a family’s natural and urgent desire to be together. Why else would you consider putting my granddaughter on an ambulance ship? I assure you cost is not an issue
.”—might have been offensive. Fortunately, my father had spent his early years in China being pelted by unkind names and shrieked at by terrified children so a few sentences from a Chicago society matron never fazed him.

“She could at least have said thank-you,” I remarked indignantly after reading the lengthy wire.

“She is grieving and worried,” my father replied, understanding the feelings behind her words and as always more sensitive than I. “I sympathize with Mrs. McIntyre’s impatience and wish I could do better than the
Solace,
but it’s all I can arrange and it will have to do. You’re content with the vessel, aren’t you, Dinah?”

I wanted to tell him that it was the idea of the trip itself, not the vessel, that caused me dismay and sadness, but I couldn’t say the words. He had asked me to accompany Johanna to California, I had said yes, and thus the deed was as good as done.

“Perfectly content, Father.” I kissed him on the cheek. “I can’t wait to see Ruthie and because
Solace
is an ambulance ship, Johanna’s interest in medicine should keep her occupied the whole trip. Time will speed by.”

“Not fast enough for the McIntyres, I fear,” my father responded, glancing once more at the paper in his hand, “but the
Solace
is the best trans-Pacific ship available at the moment. You’ll explain that to Mrs. McIntyre when you see her, won’t you?”

“Of course,” I agreed but, in fact, never had the chance to do so.

As predicted by my father and feared by Mrs. McIntyre, the
Solace
docked in both Yokohama and Honolulu before it finally arrived in San Francisco, a trip of six weeks that had we been aboard another ship—the USS Oregon, for example, or another military vessel—would have taken only half that long. Such ships were not available at the time, however, and truthfully, neither Johanna nor I minded the lengthier voyage. As I had predicted, Johanna spent a great deal of time with the
Solace
’s doctors, nurses, and patients, observing what she was allowed to observe and absorbing as much medical information as she possibly could.

I spent my time observing Johanna, watching the color come back into her cheeks, surprising sudden smiles, and listening to her interested chatter about wounds and injuries, illnesses and treatments. I drew the line at certain topics—“Johanna, I do not share your interest in the symptoms or effects of gangrene. As far as I’m concerned, there is such a thing as too much knowledge.”—but on the whole felt the voyage was a blessing of rest and health for both of us. Why I was surprised by that fact I didn’t know.
Solace
was an ambulance ship, after all, purposefully intent on the recuperation of its passengers. Perhaps my father, in typical understated wisdom, had planned it so all along.

The
Solace
docked at Mare Island, the naval shipyard north of San Francisco, at daybreak, and Johanna’s and my bags were transferred to a tug that, once the morning fog completely burned off, carried us to a wharf in San Francisco Bay. I felt a mix of emotions: relief at our safe arrival and eager anticipation to see my younger sister, certainly, but worry on Johanna’s behalf and a powerful reluctance—now that the moment had almost arrived—to give the girl up. She had wept in my arms at the news of her family’s murders and together we had experienced weeks of intense fear, fatigue, and fighting in a siege that none of us expected to survive. We had seen the bodies of dead friends in the streets and spent many nights holding the hands of young men shattered by terrible wounds. Such shared experiences strengthened our bond of affection so that the thought of parting made me feel suddenly protective and tender toward my young friend.

“I see my sister Ruth and her husband,” I told Johanna, pointing out a fair young woman dressed in green and the young man beside her, both of whom stood on the dock waving wildly. I raised my hand in a return greeting.

“I imagine that is my grandmother standing next to your sister, then. She looks exactly as I expected.”

I couldn’t tell from Johanna’s voice if she was speaking of Mrs. McIntyre or Ruth and was dismayed by her unemotional tone.

“Johanna, as you lost a mother so your grandmother lost a daughter. I know she loves you and longs to have you with her. You have nothing to fear. And I’ve given you Ruth’s address so we can stay in touch.”

Johanna turned to face me fully, no smile on her face and the expression in her unusual amber eyes as serious as death.

“I’m not afraid, Dinah. I’ll never be afraid of anything again. But I don’t delude myself. My grandmother has never met me so how can she love me?”

“Oh, Johanna.” I took both of her hands in mine. “You know better than most that people are capable of loving God, whom they’ve never seen, quite fervently, so why should you question if they can do the same with their fellow humans? Especially if the person carries the memory and reflects the image of one dearly loved.” Then, spoiling the effect of my little speech, I choked on emotion and made a sound somewhere between a hiccup and a snort. “Now you’ve made me weepy, confound it! You know how I hate that.” But I grinned when I spoke and she responded with a chuckle.

“Yes, I know. I’ve learned from you to prefer action over emotion.”

“That doesn’t mean emotion is bad,” I retorted, suddenly fearful I’d ruined the girl for life by my preaching about the value of independence and my scorn for the weaknesses stereotypically ascribed to women. “I hope I haven’t taught you to fear your feelings or doubt your honest emotions, Johanna. If I’ve set a bad example for you, please forgive me.” Johanna gently withdrew her hands from my grasp.

“There is no one living I admire more than you, Dinah. I’ve learned more from you than you’ll ever know, and I appreciate it all. You are my best friend. I expect you always will be.” We turned shoulder to shoulder to gaze once more at the people waiting on the dock, then clutched the rail for support as the tug bumped against the wharf with a thud. “Life is just a series of good-byes.” My companion said her concluding words so quietly that I almost missed them.

I looked at the group of people standing on the dock, most of them waving and smiling and eagerly trying to pick out the object of their welcome among the few military and civilian passengers that waited with us by the ship’s rail.

“I know sometimes it seems so, Johanna, but there are moments of welcome, too. Don’t dwell on the farewells with such intensity that you miss the warmth of homecoming.” Then the gangplank was lowered and she and I were being escorted off the
Solace
and it was too late for more confidences.

My sister, followed by her husband, hurried forward as soon as I set my foot on land, elbowing her way through the small crowd with a ruthless intent that was totally unlike her usual docile temperament.

“Oh, Dinah! I’ve been worried sick forever! How could you and Father treat me like this?!” At those accusatory and totally unreasonable words, she threw her arms around me and burst into tears. Behind her, her husband, Martin, ineffectively patted her shoulder. I hugged Ruth to me, surprised by the powerful tug of emotion I felt at seeing her, and gave Martin a smile of greeting over his wife’s shoulder.

Mistress by Marriage by Maggie Robinson
Out to Canaan by Jan Karon
London Harmony: Minuette by Erik Schubach
Paisley's Pattern by LoRee Peery
Deep Dark by Laura Griffin
Salvage the Bones by Jesmyn Ward
Tanner's Scheme by Leigh, Lora
The Cost of Lunch, Etc. by Marge Piercy
My Sunshine Away by M. O. Walsh
Danny Boy by Anne Bennett
Our partner