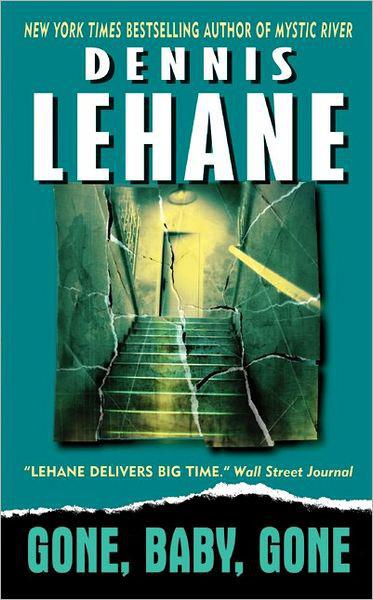 To my sister, Maureen, and my brothers, Michael,
Thomas, and Gerard:
Thanks for standing by me and
putting up with me.
It couldn’t have been easy
.

JCP
Who never stood a chance
.

Anyone familiar with Boston, Dorchester, South Boston, and Quincy, as well as both the Quincy quarries and the Blue Hills Reservation, will realize that I have taken enormous liberties in describing their geographical and topographical particulars. This was wholly intentional. While these cities, towns, and areas do exist, they have been altered according to the demands of story, as well as my own whims, and therefore should be regarded as entirely fictitious. Further, any similarities between the characters and events in this narrative and real persons, living or dead, is entirely coincidental.

1
Each day in this country, twenty-three hundred children are reported…

3
Helene McCready was watching herself on TV when we entered…

4
The section of Dorchester Avenue that runs through my neighborhood…

5
When we stepped out of the bar into the alley,…

6
The Astros were playing the Orioles in a sunset game…

7
After the game, we stopped in the Ashmont Grille for…

8
After her estrangement from Phil and before she and I…

9
Amanda McCready wasn’t smiling. She stared at me with still,…

10
When Winthrop and the original settlers arrived in the New…

13
Broussard caught up with me as we made our way…

14
I’d heard about Chris Mullen’s banker’s hours, his determination to…

15
An hour later, Angie opened the passenger door of the…

16
One of the things that happens when you follow scumbags…

17
Major John Dempsey of the Massachusetts State Police had a…

18
If you head south out of my neighborhood and cross…

19
We landed on the bunny slope of the Blue Hills…

20
When dawn arrived, we were still there as the tow…

22
The sleet that had visited us briefly last night had…

24
By early April, Angie was spending most nights with her…

26
It took twenty hours to confirm that the body in…

29
It seemed like every other guy on the Narcotics, Vice,…

30
In the blind hope that it might make a difference,…

33
I followed Broussard’s trail across Broadway and up C Street,…

34
“…at which point the man later identified as Detective Pasquale…

The Mother and Child Reunion, as the headline of the…

Other Books by Dennis Lehane

Long before the sun finds the Gulf, the fishing boats set out into the dark. Shrimpers mostly, an occasional pursuer of marlin or tarpon, the boats are filled almost exclusively with men. The few women who do work the shrimpers keep mostly to themselves. This is the Texas coast, and because so many men have died hard over two centuries of fishing, their offspring and surviving friends feel they’ve earned their prejudices, their hatred of the Vietnamese competitors, their mistrust of any woman who’d do this ugly work, fumble in the dark with thick cable and hooks that slice through knuckles
.

Women, one fisherman says in the black predawn, as the captain cuts the trawler engine to a low rumble and the slate sea roils, should be like Rachel. That’s a woman
.

Rachel is relatively new to Port Mesa. Showed up back in July with her little boy and a battered Dodge pickup, rented a small house on the north side of town, took the
HELP WANTED
sign out of the window of Crockett’s Last Stand, a wharf bar perched atop ancient pilings that sag toward the sea
.

Took months before anyone even learned her last name: Smith
.

Port Mesa attracts a lot of Smiths. A few Does, too. Half the shrimpers are manned by men running from something. Sleeping when most of the world is awake, working while most of it sleeps, drinking the rest of the time in bars few strangers feel comfortable entering, they follow the catch and the seasons, work as far west as Baja, as far south as Key West, and they get paid in cash
.

Dalton Voy, owner of Crockett’s Last Stand, pays Rachel Smith in cash. Would pay her in gold ingots if she wanted. Ever since she took her place behind the bar, business has jumped twenty percent. Strange as it is, there are fewer fights, too. Usually the men step off the boats with the sun baked straight through their flesh and into their blood, and it makes them irritable, quick to end a discussion with the swing of a bottle, the snap of a pool stick. And when beautiful women are around, in Dalton’s experience—well, it just makes the men worse. Quicker to laugh, but quicker to take offense
.

Something about Rachel, though, calms the men
.

It’s in her eyes—a quick something that flashes mean and cold when someone steps over the line, touches her wrist too long, makes a sex joke that isn’t funny. And it’s in her face, the lines etched there, the weathered beauty of it, the sense of a life lived before Port Mesa that knew more dark dawns and hard facts than most of the shrimpers
.

Rachel packs a gun in her purse. Dalton Voy saw it once by accident, and the only thing that surprised him about it was that it didn’t surprise him at all. Somehow he’d known. Somehow everyone else did, too. No one ever approaches Rachel in the parking lot after work, tries to talk her into his car. No one follows her home
.

But when that hard thing isn’t in her eyes, and that distance has left her face, man, she lights the place up. She moves up and down that bar like a dancer; every twist and pivot, every tilt of a bottle is smooth and fluid. When she laughs it opens her mouth wide and explodes in her eyes, and everyone in the bar tries to come up with a new joke, a better one, just to feel the thrill of that laugh in their spines again
.

And then there’s her little boy. Beautiful blond boy. Doesn’t look anything like her, but when he smiles, you know he’s Rachel’s. Maybe a little moody like her, too. You see warning in his eyes sometimes, strange in a child so young. Barely old enough to walk, already showing the world something that says, Don’t push
.

Old Mrs. Hayley watches the boy when Rachel’s at work, and she tells Dalton Voy once that you couldn’t ask for a better behaved boy, or one who so openly loves his mama. She says that boy is going to be something special. President or something. War hero. You mark my words, Dalton. You mark ’em
.

One sunset at Boynton’s Cove, Dalton takes his daily walk and comes upon mother and son. Rachel is waist-deep in the warm Gulf, holding the boy under his arms, dipping him up and down in the water. The water is gold, silky in the dying sun, and it seems to Dalton that Rachel purifies her son in gold, performs some ancient rite that will coat his flesh so it can’t be pierced or torn
.

The two of them laugh in the amber sea, and the sun dips red behind them. Rachel kisses her son’s neck and props his calves over her hips. He leans back in her hands. And they look into each other’s eyes
.

Dalton thinks maybe he’s never seen anything as beautiful as that look
.

Rachel doesn’t see him, and Dalton, he doesn’t even wave. Feels like an intruder, actually. He keeps his head down, walks back up the way he came
.

Something happens to you when you stumble on love that pure. It makes you feel small. Makes you feel ugly and ashamed and unworthy
.

Dalton Voy, watching that mother and son playing in the amber water, has realized a cold, simple truth: He’s never, not for one second, been loved like that in his life
.

Love like that? Hell. It seems so pure, it’s damn near criminal
.

Each day in this country, twenty-three hundred children are reported missing.

Of those, a large portion are abducted by one parent estranged from the other, and over fifty percent of the time the child’s whereabouts are never in question. The majority of these children are returned within a week.

Another portion of those twenty-three hundred children are runaways. Again, the majority of them are not gone long, and usually their whereabouts are either known immediately or easily ascertained—a friend’s house is the most common destination.

Another category of missing children is the throwaway—those who are cast out of their homes or who run away, and the parents decide not to give chase. These are often the children who fill shelters and bus terminals, street corners in the red-light districts, and, ultimately, prisons.