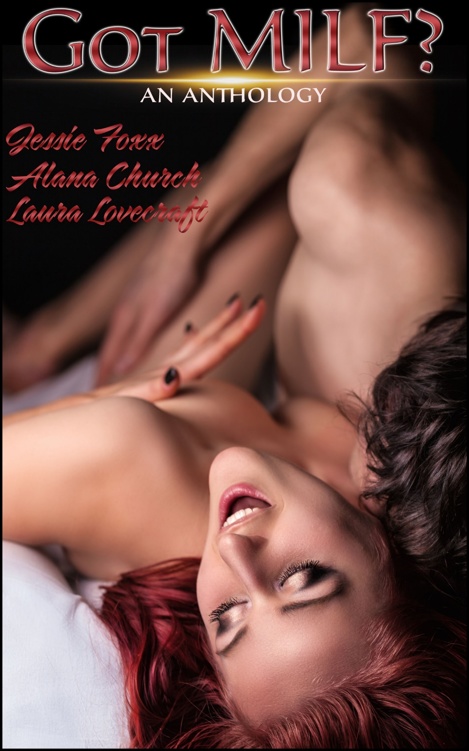 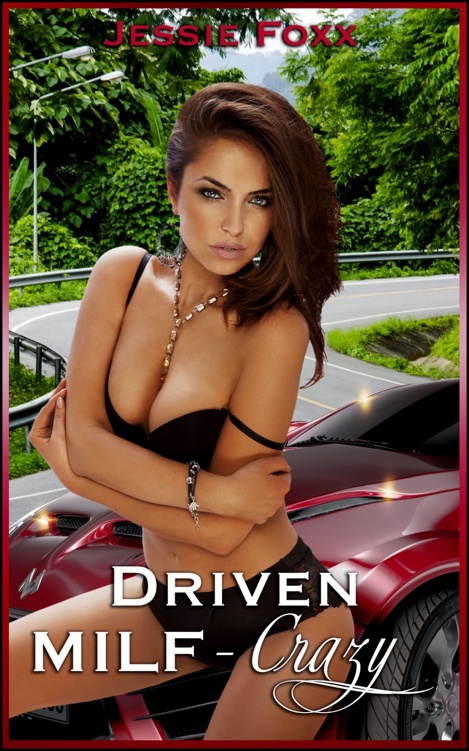 The din of clacking cutlery echoed through the house as the entertainment system blasted Enrique Iglesias’ greatest hits. I could still hear the rapid, enthusiastic Spanish of almost three dozen friends and family over all that noise.

And there I was, beating off in my uncle’s bathroom to a picture of his fiancé’s ass.

Pleasuring myself with my left hand, I swiped through photo after photo with my right thumb. The pictures were all from her Facebook and Instagram accounts; mostly pouting selfies while decked out in makeup and tight outfits. Even one photo of her with no makeup, wearing a red tracksuit, sent my head into a spin. I envisioned her jogging down a sunny California street, working that tight ass and toned, fit thighs.

And then there was that one shot of her lying on the beach in a lime green bikini.

My body was ready.

Before I knew it, my sexual energy had reached its peak. I shot for the stars. My stomach tightened and my eyes screwed shut. The image of that glorious, perfect, half-naked woman on white sand burned in my mind. A jolt of chemical pleasure shot down my brain and into my groin, followed by ecstatic release.

For those eternal seconds, nothing existed in this world other than her.

And once my mind cleared, I was back to reality. Back to the party.

With a big, white mess to clean up.

My heart jumped at the sudden knocking on the door. “Hey, are you in there, Eddie?”

“Almost done!” I hurriedly wiped down the mess and flushed.

“Jesus, Izzy, just wait!” My little sister had a bladder the size of a pea. My eyes zipped from one end of my corner of sin to the next. Nothing. Everything looked clean.

When I threw open the door and pushed past her, ignoring whatever snide remark she’d been cooking up, I set my sights back to the party.

I was halfway down the hall when I realized my cell phone was still sitting by the basin, displaying that picture of Estella in lime-green perfection.

I rushed back and threw open the bathroom door. My sister screamed. “
Eeek!
Get out of here, you freak!” Thankfully, the little germophobe was still laying strips of toilet paper on the seat and hadn’t seen my phone nor the offending photo.

“Sorry,” I muttered insincerely, before grabbing my phone and racing back through the door.

“I’m telling Mom!” she threatened as the door slammed shut behind me and locked from the inside.

I gave myself a minute, desperate to catch my breath before returning to the party.

I had to be cool. I wasn’t going back in a huffing, puffing state, fresh from a vigorous session of pocket pool.

“Eww, what did you do in here, Eddie?” she yelled through the door. “Why does it smell like
bleach
?!”

As always, she was the first person I noticed when I entered. The red-lipped smile she delivered her neighbor made me quiver. When she tossed her thick, dark hair over her exposed shoulder, I felt a flutter in my chest. Three women erupted into laughter as she finished her anecdote, making her smirk with triumph. My uncle’s fiancé had just ticked over forty, and she wore her newfound middle-age with more grace and confidence than most. She was classy and mature, without losing that “young at heart” quality to her.

Uncle Esteban draped his arm lazily around her shoulder. The pricey stone sitting on her engagement ring shone brilliantly; I could tell from her expression that just wearing the thing made her wet. Uncle Esteban had been divorced for almost ten years before meeting Estella, and while he’d never been a gloomy guy, I don’t think I’d ever seen him smile so much since he started dating this gorgeous Latin amazon.

Hell, if I had the chance to undress her every night, I’d be grinning like a goofball twenty-four-seven.

Without even thinking, I took the seat directly opposite my uncle’s fiancé. My libido was drained, but that didn’t mean I couldn’t enjoy the view.

“It’s too bad Mia couldn’t be here to enjoy this, Estella,” one of my older aunts commented. “She must be so happy that her mother’s getting married again.”

The angel from my spank bank shook her head. “I just couldn’t take her away from Tokyo; she’s having the time of her life over there.”

“And how much did
that
trip set you back, Esteban?” Uncle Angelo, who was married to my mother’s sister Eugenia, quipped.

Esteban held up his hands. “Don’t look at me, Angelo. This one knew what she was doing when she married and divorced the last guy. All of Mia’s funds come out of his pockets. What was he, mi amore, some kind of brilliant, millionaire programmer?”

She smirked again. “Well, he was brilliant in some ways. Not in others. That’s what I’m marrying
you
for.”

The women at the table chuckled. One commented, half-jokingly: “You better look out, Esteban; this one sounds like she might be a gold-digger.”

“Don’t I know it,” Esteban teased and nibbled on his fiancé’s ear, and everyone around them tittered – especially the men. They knew what the score was. And if they weren’t all secretly aching to be in Esteban’s place, my name is Barack Hussein Obama.

“You all right, Eddie honey? You were in the bathroom a long time.” I turned just as my mom pushed a plate of scorched meat, mash and salad under my nose.

“I’m fine,” I insisted, watching Estella from the corner of my eye. She wasn’t paying an ounce of attention to me, which was a mixed blessing given that my mom had just served my meal like I was still a nine-year-old.

Just as I started chewing on a forkful of beef, a shadow fell over me. I heard a very gravelly, very familiar voice that made me instantly lose my appetite. “Kid, you just take my seat or what?”

I looked up and saw my big cousin Rolando standing over me, his bulging gut hanging threateningly close to my shoulder. The son of my mom’s first cousin, Rolando was twenty-five and still retained the same dickish, overbearing personality I’d come to hate since we were kids. His greasy, thin ponytail hung over his right shoulder, and his big, dark lips were drawn into a frown reserved for the smell of shit.

That being said, he was right: this wasn’t my seat, and there were four empty bottles of beer in front of me to prove it.

“Oh Rol, leave your little cousin alone,” Estella laughed, adding insult to my impending injury. So
now
she notices me?

My cousin raised his flabby arms in mock confusion. “I go get my abuelita a beer, and this little punk thinks he can just take my seat?” He looked down at me. “Did you shit your brains out in the bathroom, Eduardo? Does someone need to remind you of your place?”

My heart hammered. He wouldn’t do anything in front of the family, but for such a big guy Rolando was unusually good at staying unseen when doing the wrong thing. Like when he was giving cigarettes to the younger kids. Or dunking a certain cousin’s head in the pond.

I stared at him, saying nothing. Once upon a time, I would have stammered an apology and shuffled away, but I didn’t feel like being the skinny little wuss this time.

But I didn’t have the courage to say anything back, either. So I sat there, mouth open and silent.

His mud-colored eyes bore down on me, weighted by his bushy eyebrows. It was like his mind was processing all the ways he could torture me. I know; it was sad. He was twenty-five, and probably had an illegitimate kid or two out there from one-night stands, and I’d officially been an adult for a year. And yet, he still felt the need to talk to me like I was that tiny twelve-year-old with a weak stomach.

I wasn’t that kid anymore… even if I was still a fraction of his size.

I licked my lips. My throat felt like I had swallowed sand. If I
was
different to that twelve-year-old kid, I told myself, I should stand up for myself.

The muscles in my arms tightened. My heart hammered, and my vision became tunneled. What should I say? Should I even say anything at all?

I wanted to stand, but my legs wouldn’t obey. I urged them to stop wobbling, and gripped the table’s edge, ready to haul myself up. My cousin hadn’t budged. His eyes dared me to prove my manhood.

If I could only stand up.

“Yo, esé,” a well-built guy with a shaved head and patterned bandana slipped behind my cousin. His tanned muscles bulged from his white singlet, and a ‘Brown Pride’ tattoo was etched around his right bicep, along with other images depicting Christ and the Virgin Mary. His name was Danny; Rolando’s best childhood friend and someone reputed to be setting up links with the Cartel. Why the hell people in this family continued to invite him for gatherings was beyond me. Actually, they probably didn’t; I guessed he just showed up with Rolando. Danny had always been just as much an instigator of pain as my cousin. As far as I was considered, they were the same shit; they just came from different asses.

Danny mentioned something about a call with El Coyote, which immediately snatched me from Rolando’s attention. A look of complete anxiety came over my cousin’s face, and he grabbed his best friend’s arm.

“Hijo de…so he’s–” and then Rolando stopped, looked around and remembered where he was. His gaze fell on me again, and I was gifted with a look that could freeze fire.

B008DKAYYQ EBOK by Lamb, Joyce
Lush by Lauren Dane
Love on a Summer Night by Zoe York
Six for Gold by Mary Reed & Eric Mayer
Monsters in the Sand by David Harris
Birds of a Feather by Jacqueline Winspear
All Is Vanity by Christina Schwarz
The Princess of Sparta: Heroes of the Trojan War by Aria Cunningham
100 Million Years of Food by Stephen Le
Finding Justus by Bretz, Amanda
Our partner