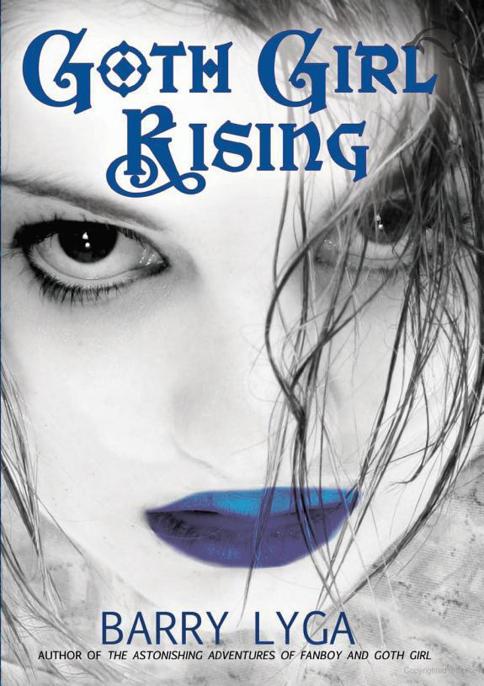 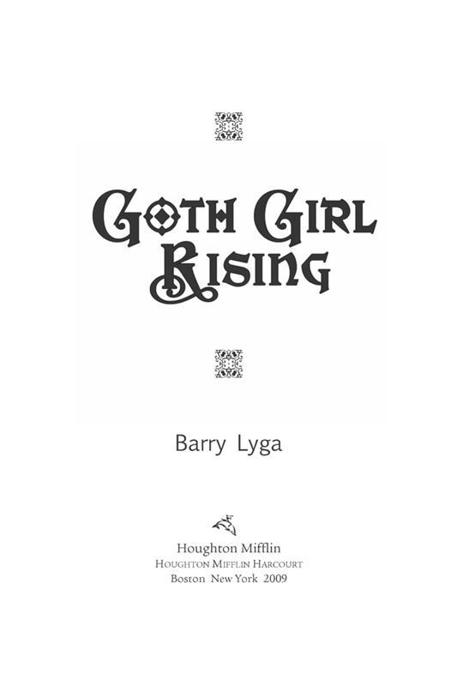 The text of this book is set in ITC Legacy Serif.

For Molly, who told me I should.
And look, I did.

my hair my hair
my hair's gone brown
i look in the mirror
and who do i see?
a brown—haired girl
who is she?

M
Y MOTHER AND
I
BOTH
spent a lot of time in hospitals. Unlike her, I survived.

Before she went and died, my mom told me to stop bitching about my cramps all the time. "It's nothing that every other woman on the planet hasn't gone through," she said.

And besides, she went on, your period is a good thing. It's a sign that you're alive and healthy.

Easy for her to say—cancer was eating her lungs from the inside out, so what's the big deal about some cramps, right?

Still, I knew that what I was experiencing wasn't right or normal. It wasn't what other girls were feeling every month. (I know—I asked around.)

Weird thing, though: After she died, my cramps sort of got better. It's not like they went away; they just stopped being so intense and so consuming. I started to think that, OK, maybe
this
is what other girls felt. Like I had been abnormal before, but now I was somehow becoming normal, that now the world was working properly and everything was good and normal and usual.

Everything except my mom's
face...

My mom's face before they closed the casket looked like a Barbie doll's.

A Barbie doll someone had left in the sandbox too long.

All plasticky and too shiny, but somehow gray at the same time.

And then one day after the funeral—it was a pretty nice day, too—I took a box cutter from my dad's workshop and slashed across my wrist. It hurt, but not that much. Not bad at all.

So I slashed the other one, too.

And that's how I ended up in the emergency room and then in front of a judge and then locked up in a mental hospital.

That was my first time in the hospital. And I got out and I covered up my scars and I went on with my life and I tried to figure out what it was all about, and I'm
still
trying to figure it out.

But it just gets more and more complicated all the time. Every day. The world doesn't slow down long enough for you to figure out anything; it keeps adding things in. Things like geeky guys and comic books and comic book conventions and effed-up teachers and...

And another stay in the hospital.

G
OD
I'
M
DYING
FOR A CIGARETTE
. I turned sixteen while I was away but this stupid state says you have to be eighteen to smoke, so they wouldn't let me smoke in the hospital.

When I got home this afternoon, the first thing I did was look for my cigs. But Roger had tossed them already. Now that
he's
quit, he's an effing cigarette
Taliban,
even though it's, like, years too late for that.

"Mom's already dead!" I yelled at him. "Who the hell do you think you're saving?"

And he just gave me his Sad, Tired look. It's one of the three he's got, the other two being Pissed Off and Blissed Out on ESPN.

"you, Kyra." Like it's some big revelation. "Someone has to protect you from yourself. From all the crap out in the world."

He took a deep breath. "It's your first day back home. Can't you behave just a little bit?"

See, I haven't been to school in a while. Six months, which includes all of summer break, when everyone else in the universe was off having fun. Except for me. I got put away. Now I'm supposed to go back to school like nothing happened.

School seems like something that happens to other people.

Last spring, I met this guy. And I guess I fell in love with him a little bit, which was a stupid thing for me to do because it never works out and it's pointless. So I kicked him in the balls and walked away from him and even flipped him off over the Internet.

And then my dad started in on me because, see, before all of this, this kid—this
Fanboy
—had a bullet. And I guess I sort of stole it from him and he figured out I had it and he called my effing
dad
and then all hell broke loose at home because my dad was all freaked out, like I was going to try to kill myself again. And he spent all this time tearing apart the house, looking for this goddamn bullet, which he couldn't find because I'd already given it back to Fanboy ... right at the same time I kicked him in the balls, actually.

So Roger—my dad, officially—gave up. He sent me to the hospital again.

And now I'm back home. Because as bad as it was, I'm tougher than my mom.

The Last Time I Saw Her

T
HINGS ARE A LITTLE BIT BETTER
at home, of course—I have my
own
room, without a crazy roommate who got knocked up at fifteen and used to let her boyfriend beat her up. So I've got that going for me.

And I have my computer.

It's been
months
since I've been able to do anything on a computer. They had computers in the hospital, but we were monitored and we only got, like, fifteen minutes at a time, so I didn't bother.

I fire up the computer and log on to my chat program and there's Simone, like she's waiting for me. Simone's my best friend—I know all of her shit and she knows all of my shit.

Promethea387:
Thanks. Already feel like I'm in jail or something. Roger is being a PITA.

Promethea387:
So? Never stopped me before.

Promethea387:
I'm dying for a cigarette.

simsimsimoaning:
i can hook u up

Promethea387:
Roger is still home. I'll have to sneak out tonight when he's asleep.