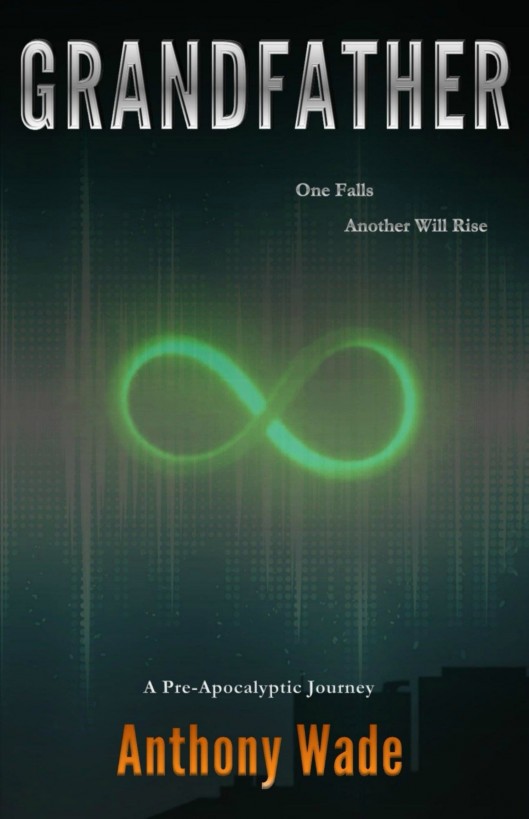 A Journey Leading To A
Post-Apocalyptic World

This book is a work of
fiction. Any references to historical events, real places, or real
people are used fictitiously. Names, characters, places, and
incidents are products of the author’s imagination. Any resemblance
is entirely coincidental.

Elsa’s Shelf is an imprint
created by the published author.

All right reserved,
including the right of reproduction in whole or in part in every
form.

The text for this book is
set in future United States

Ebook brought to you by
Amazon Kindle Publishing

For My Mom Who Supported
Me The Entire Way

I wish I was wrong,
because everything’s been destroyed.

So many people have died,
and I think some of it was my fault.

I’m sitting here, writing
this all down, hoping to gather my thoughts and really think about
what happened . . . what has changed.

I want to write every
single detail. Every single memory. Maybe that will help me figure
out if I did, in fact, make things worse.

I’m going back to the very
beginning and, unfortunately, that means returning to the
orphanage.

Let me tell you, this
place was loud. Kids screaming, kids crying, kids fighting . . . I
get a headache just thinking about it. Good thing nobody paid much
attention to us. That meant I could easily sneak out to escape the
brats. Honestly, things weren’t much better outside.

I passed beggars. And I
mean a LOT. They were constantly asking for bitcoin so they could
buy food. Of course I didn’t have any to give. I’d feel so bad for
them that I’d sometimes sneak some of the orphanage food for them.
They appreciated it, but then they always expected me to have
something every time they saw me. That would’ve been fine if I was
able to help them. But there were days where I simply couldn’t
sneak any food out because the orphanage wouldn’t have extras. All
I could do was frown and shake my head. They may have understood,
but that didn’t mean they weren’t disappointed.

Then there were the
protests and rallies on the streets. They were everywhere and just
as noisy as the orphanage. Most of these protestors usually
complained about how we were being ignored while the rich had
everything. A lot of times, they complained about food and supply
shortages and how people were wasting resources. Sometimes, the
protests were about religion and how we were in our last days.
Those speakers really got into their speeches. All the rallies were
pretty pointless if you ask me. I ignored them.

I saw the protestor in the
distance, standing on a platform in the middle of the road. I
didn’t want to accidently lead on the homeless by making eye
contact, so I kept my eyes on the grass growing from the cracks in
the faded blacktop. But the moment the protestor screamed the word
‘Grandfather,’ I stopped, jerking my head back up. People didn’t
mention that word anymore. Grandfather was dead. I was curious, so
I just had to get a closer look. Painfully ignoring the beggars
around me, I rushed to join the small crowd gathered around the
platform where the protestor stood. There weren’t many people.
Maybe twenty.

“
They’ve been hiding in
secret, recruiting!” the tall, young man shouted. He didn’t look
any different from us with his murky clothing, his ruffled, dirty
hair, and gray bags sagging below the eyes. I glanced at the people
in the crowd. They didn’t seem at all excited about the protest. I
supposed they were listening because there wasn’t much else to do
around there.

The protestor noticed this
and tried his best to pump his audience up. “Grandfather is back.
They’re infiltrating New Dawn, and when they take it – our capitol,
they will have control over the entire United Regions. We have to
work together to not let this happen! If th–”

“
Conspiracy!” a woman from
the crowd cried, pushing people aside to get closer to him.
Everyone swung around to see who’d actually gotten worked up over
the protestor’s speech. She had on a clean black skirt and a
wrinkle-free red turtleneck sweater. Her heels were shiny black.
She had a huge pearl necklace dangling over her top along with a
pair of matching earrings. Her skin was flawless. And I swear, not
even kidding, everybody’s eyes and mouth flew open. Including mine.
Even the protestor had the same reaction. It wasn’t every day we
saw a woman like her on our streets.

The protestor got himself
together again. “Conspiracy?” he asked. “Do you–”

She wouldn’t even give him
a chance. “Grandfather was caught and stopped a long time ago,” she
said, her chin high in the air.

“
Then how do you explain
this?” he asked, shoving a newspaper at her. I joined the crowd to
get an even better look.

“
What is it?” a
gray-bearded man asked.

My curiosity grew with
his.

“
This proves nothing,” the
woman said, crumbling the newspaper up and throwing it back at him.
He flinched as the wad hit his cheek before falling to the
platform. “I don’t know who writes your paper, but they’re foolish,
just like the writers of every other underground paper.”

Ignoring her, the
protestor picked up the newspaper page and unraveled it. “The
president was just saying last month how he would never sign the
tracking law. And now,” he held up the wrinkled article for
everyone to see. The headline read:
WILL
TRACKING LAW PASS?
“They’re making it to
where we can’t travel across borders without paying a price!
Grandfather is behind this.”

“
Tracking
law,” the rich-looking woman said with a slight chuckle. “So that’s
what you people call it?”

There’s a reason for
the
Bill of Border
Control
,” the woman said. “It’ll help
prevent crime.” She spread out her arms. “Simple.”

“
Is that what you people
inside think?” he asked, pointing a finger toward the direction of
what was most likely her home. “It’s not fair that I have to pay
just to go and see my family.” The rest of the crowd stayed quiet,
eyes skipping between the two. “We don’t have spare bitcoin here.
None of us can afford additional fees.”

“
If we don’t have proper
regulations, then there won’t be any regions left to go to,” the
woman said, her arms falling to her side. “This regulation would
help keep crime under control.”

“
Excuses!” another man from
the crowd yelled out. Everyone turned to look at him. “This law
isn’t right.”

The protestor stood
straight up, smiling. He had finally gotten somebody on his
side.

To me, the protest had
grown a bit boring, so I crossed the street, ignoring their
arguing. I hadn’t heard about this tracking law, as the protestor
called it. But it didn’t matter to me. I mean, the orphanage was
all I knew. Unfortunately, those boys were the only people I knew.
I had no reason to go to another region.

I soon found a place free
from people arguing and free from beggars. That didn’t happen very
often. I took advantage of the quiet. But my mind wouldn’t relax. I
wondered why the rich woman was away from home. Was she just bored
or curious? Or was she a spy from another country, secretly working
for some agency that . . . yeah, my imagination got ridiculous at
times, but hey, nothing exciting was going to happen in reality. I
had to make up my own stuff.

The weird thing was that
just as I was thinking about the lack of excitement,
something
did
happen. I guess it wasn’t exactly exciting
. . .
just different
from the usual routine. Actually, it was a bit creepy. The grunting
came first, aimed directly into my ear, too. I looked straight
ahead, gazing at the enormous gray wall barely peeking through a
gap in the trees. The grunter grew louder and louder. I picked up
the pace. The grunter did the same. Was this person thinking about
robbing me when I had nothing? Up ahead was an alleyway. I
contemplated using it as an escape route, but who knew what would
be there waiting for me. I was about to just break off into a full
sprint when the grunter walked up beside me and spoke in a raspy
voice.

I looked over to see a
chubby man, probably a few inches taller than me. I knew for a fact
that he hadn’t washed his long, greasy black hair in weeks. It
looked like he was wearing a mop on his head. His skin was covered
in scars and there was a gap where a front tooth used to be. “That
protestor,” he said.

“Oh,” I said, looking
forward again. “I don’t really care. It doesn’t have anything to do
with me.”

I guess I said too much,
because out of nowhere, he pushed me into the alley. “Hey!” I
yelled when I slammed onto the concrete, scraping my
elbow.

Ignoring the blood running
down my elbow, I sat up and scooted back until I was against a
brick wall. There was nothing I could do. I quickly scanned the
area, hoping somebody would see what was going on and help. Some
glanced as they passed by the alley, but they hurried off. The only
thing going through my mind was that this maniac was going to kill
me right then and there.

“Ya don’t understand how
big a deal this is,” he continued, pointing down at me. It affects
everyone, including you. Hell, especially you.”

The man snickered, shaking
his head. “They told me you’d be this way. Careless.”

Man, this guy was crazy.
“Just let me go,” I said again, this time taking a sterner
approach.

It didn’t affect him.
“You’re Carsyn,” he said casually.

I tried to remember if I
had ever seen him at the orphanage. I hadn’t. And trust me, if I
had even so much as caught a glimpse of this ugly guy, I would’ve
remembered. Maybe he’d been stalking me?

Spit flew from his mouth
as he laughed.

Absolutely True Lies by Rachel Stuhler
The Beam: Season One by Sean Platt, Johnny B. Truant
Three Day Summer by Sarvenaz Tash
The Bridge Ladies by Betsy Lerner
High Strung (Power Station Book 1) by Gephart, T
The Girl in Green by Derek B. Miller
Truth Is Found by Morgan Kelley
El Paso: A Novel by Winston Groom
The Gathering: Quantum Prophecy 2 by Michael Carroll
Chilled to the Bone by Quentin Bates
Our partner