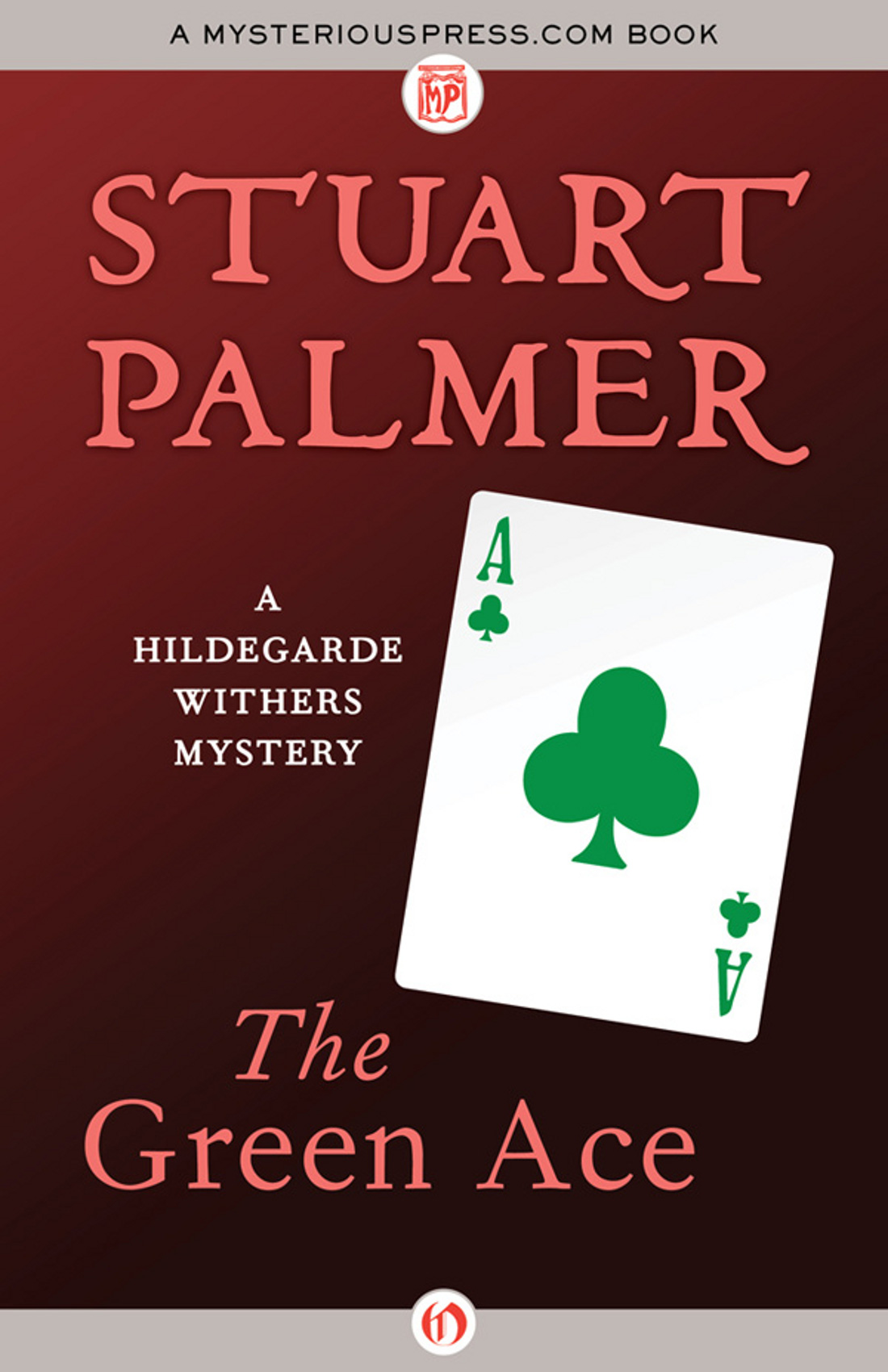 Preview: Nipped in the Bud

“Other sins only speak; murder shrieks out.”

I
F THERE ARE EVER
nights for murder, this was one. All through the previous day a blazing August sun had blasted Manhattan’s concerte anthill, and now in the early morning walls and pavements still radiated the heat, baking hapless inhabitants in their damp wrinkled beds. Even on Staten Island, that queer lost borough of New York City which except for the turgid ditch called the Kill van Kull would properly have been part of New Jersey, the heat lay like a solid but invisible sweatshirt over the land.

On such a night tempers wear thin. There is an unexplored link between variations in the temperature curve and the murder index. In certain parts of southern Europe there are laws still extant on the statute books which forbid indictments for capital crimes committed during the time of the
mistral
, that hot searing wind off the wastes of the Sahara. History tells us that it was a stifling summer day when Lizzie Borden took her famous ax in hand, a steaming June morning when Joseph Elwell, the bridge expert and aging gallant, got a bullet through his bald head, and a sultry Fourth of July when Augusta Nack cut up the romantically tattooed Willie Guldensuppe. And so on and so on.

At three o’clock Saturday morning Hylan Avenue, lifeline of Staten Island, was lonely and deserted except for a blue sedan, headed south a little faster than the law allows. At that hour, in the sparse traffic of the suburbs, such infractions are usually winked at. But Lady Luck is a woman, and as Porgy used to sing, “A woman is a sometime thing.” It happened that the car whisked past two police officers just as they came out of an owl restaurant full of Denver sandwiches, coffee, and renewed zeal. They watched it ignore the stop-signal at the corner of New Drop and spin left toward the lonely Atlantic beaches.

So the officers threw away their toothpicks and took off after it in the prowl car, with one brief wolf-wail of the siren. As they drew alongside their red spotlight cast a bloody glow over the lone man at the wheel, who obediently cut his speed and pulled sharply over to the curb. But then instead of hitting his brakes he let the big Buick coast slowly along until it smashed into the rear of a parked delivery truck, with a musical tinkle of headlight glass. The officers had only intended to give the driver a warning and send him on his way, but now a ticket was indicated—a ticket and a minor accident report.

But he was slumped down behind the wheel, with nothing to say for himself. A flashlight in his face disclosed a handsome, slight fellow of around thirty, whose eyeballs had rolled upward so that only the whites were showing. He had fainted dead away; “Wilted like a lily,” was the policemen’s phrase.

The officers were no great shakes at investigation, or else they wouldn’t have been cruising a bicycle-beat in uniform, but they soon discovered that there was something crammed against the back seat of the Buick, under an old army blanket. At first they took it for a store-window dummy, so white and waxen and artificial it was. Then they realized that window dummies come apart at the shoulders and waist, they do not bend their long legs up jackknife fashion. The pale flesh under the cop’s exploring hand was clammy, and he jerked back as if he had touched a hot stove.

His partner shook the driver’s shoulder. “Wake up, bud, we want to talk to you.” It was the prize understatement of the week.

Behind the wheel Andy Rowan moaned in the grip of a nightmare. They brought him back to consciousness, but the nightmare went on. It went on for over a year.

“Who can refute a sneer?”

T
HE JOKER IN ANDREW
Rowan’s last will and testament, a document witnessed by the prison chaplain and one Paul Huff, keeper in the death-house, was supposed to be a secret. But there are few secrets long kept from the warden at Sing Sing. That earnest official got wind of it through the prison grapevine, swore efficiently if a bit rustily, and then put through a long distance call to Centre Street, which happens to be the headquarters of the New York police department.

Inspector Oscar Piper, grizzled and long-suffering skipper of the homicide bureau, muttered incoherent thanks for the tip-off and then crashed his desk phone into its cradle and yelped, “Judas Priest in a mixmaster, why does
everything
have to happen to me?”

He was talking to himself, but at that singularly inauspicious moment a certain spinster schoolma’am crashed the gates of his private office on business connected with the sale of tickets to a charity bazaar for the Fresh-Air Fund, and from his last words drew a natural but quite erroneous conclusion. “Oscar!” cried Miss Hildegarde Withers indignantly, “will you never tire of casting rude aspersions at my taste in hats?”

The Inspector looked up at his old friend and erstwhile sparring-partner without welcome or warmth. He could have said with some reason that the bonnet she wore today appeared to have had old fruit and vegetables cast at it already, but at the moment he was in no mood for badinage. “Oh, it’s you again!” he said, shoulders sagging. “Whatever’s on your mind I don’t want any. Goodbye
please
!”

But Miss Withers sat down anyway. From her long and sometimes stormy association with Oscar Piper she knew that like most conscientious policemen the Inspector usually had a case of the jitters during the last days of anyone he had helped send up the river on sentence of death. “Ah!” she cried. “Something tells me you’re fretting about the Harrington case again. Too bad Rowan isn’t obliging enough to make a last-minute confession and set your mind at rest.”

“Confession?”
Piper winced as from a probe at an ulcerated tooth. “He made a will instead! The warden just phoned and broke the news. Somehow Rowan’s managed to hang onto $3500 that I guess his defense lawyers didn’t find out about, and he’s leaving it to
me
!”

“What a nice gesture!” Then Miss Withers’ gray-blue eyes narrowed. “Or is he trying to heap coals of fire on your head, perhaps?”

“More like a red-hot poker—but never mind. There’s a stipulation in the will that I use the money, after he’s dead of course, to make a
full and impartial
investigation of the murder for which he is being
unjustly
executed.”

She smiled wryly. “Chickens will come home to roost, won’t they, Oscar?”

Savagely the Inspector ground out a new, unlighted perfecto. “And when Andy Rowan pays his debt to society the week of the twentieth that screwball will goes to probate, and leave it to somebody to break the details to the reporters. Maybe you can guess what certain newspapers will make of the story.”

Miss Withers nodded. “
Read all abaht it! Rowan with Dying Gasp Bribes Police for Fair Play.
I see the point.” Then her eyes nicked toward the wall calendar, brightening. “But, Oscar, thanks to the warden’s warning, there’s still time! You have almost nine days before Rowan walks that long last mile through the little green door to the hot-sit.”

“
Hot-squat
!” he corrected her wearily. “And there hasn’t been a little green door in the condemned block for years. Also, what do you mean I still have nine days? Nine days for what? Reopening the case wouldn’t bring out anything new. Besides, I’d have to tell the Commish my reasons, and I’d almost rather die first.”

“You mean you’d almost rather Rowan died first, guilty or not.”

But Piper wasn’t listening. “Why does the fellow take it out on me anyway? Why doesn’t he blame the jury that convicted him, or the judge, or the district attorney? I’m only a cop doing my job. I collect evidence and make arrests, that’s all.” The Inspector sighed, and mopped his brow.

“I know, Oscar. But now we really must consider the possibility that there is more to this business of the will than just an attempt at a sneaky posthumous revenge against the one person Rowan rightly or wrongly blames for his conviction. Just suppose for a moment that the man is really innocent.”

“Suppose my foot! Let’s not start that again. Rowan is guilty as hell.”

“Perhaps so,” the schoolteacher came back, frowning a little. “But there is always the possibility, however remote, of a miscarriage of justice. After all, the implication in the man’s making this unorthodox disposition of his money is that there’s a needle in the woodpile somewhere. Aren’t you going up to Sing Sing and have a talk with him at least?”

“Nothing of the kind. Rowan isn’t talking because he doesn’t dare to. Somewhere in the files we’ve got the 16-millimeter sound film we shot of him the morning he was arrested—we all thought he was going to confess, and wanted proof that he hadn’t been worked over in case he tried to repudiate the confession later. You ought to see it, he squirms and wriggles under the lights, and then clams up like a—”

“Like a clam? I can imagine, with all of you policemen shouting at him.”

“Relax, Hildegarde! Rowan quit talking because there was one question he couldn’t answer then or since. It’s this—if he didn’t murder the Harrington girl, then why was he driving around half the night with a shovel and her dead body hidden in the back of his car?”

“Circumstantial evidence!” snapped Miss Withers. “Thoreau’s ‘trout in the milk.’ But couldn’t it have been planted there?”

“Are you daffy? They don’t plant trout in milk, they—”

“Please don’t be intentionally dense. I mean, of course, that the girl’s body could have been hidden in Rowan’s car by some person or persons unknown, for their own fell purposes.”

“No dice, Hildegarde,” he said with weary gentleness. “Stop trying to set yourself up as a citizens’ committee of one, will you? The police are only human and we make mistakes, but not about an open-and-shut case like this one. Listen a minute. The thing happened when you were away on your vacation last summer, so you missed most of it. Andy Rowan was a former hack newspaperman turned press-agent—one of those smooth, glib-talking boys who hang around Sardi’s and Shubert Alley and Bleeck’s. Midge Harrington was his client, a big glamazon who was supposed to be getting the full treatment. She was trying, with the backing of some businessmen’s booster club out in her native Flatbush, for the Miss Brooklyn crown and a try at Atlantic City and the big Miss America splash later. It was Rowan’s job to get her name in the papers and her face and gams in the picture weeklies. But Midge was a luscious hunk of stuff, with a pair of big round—”

“I was about to say, with a pair of big round heels. Nicely packaged goods, however. Pretty soon Midge and Andy were putting in a good deal of overtime, sometimes in the Stork and El Morocco and Pierre’s and sometimes at his wife’s town house up on Prospect Way, which was supposedly closed for the summer. I don’t suppose they spent the long summer evenings bringing her scrapbooks up to date or playing canasta. But Andy got tired first—”