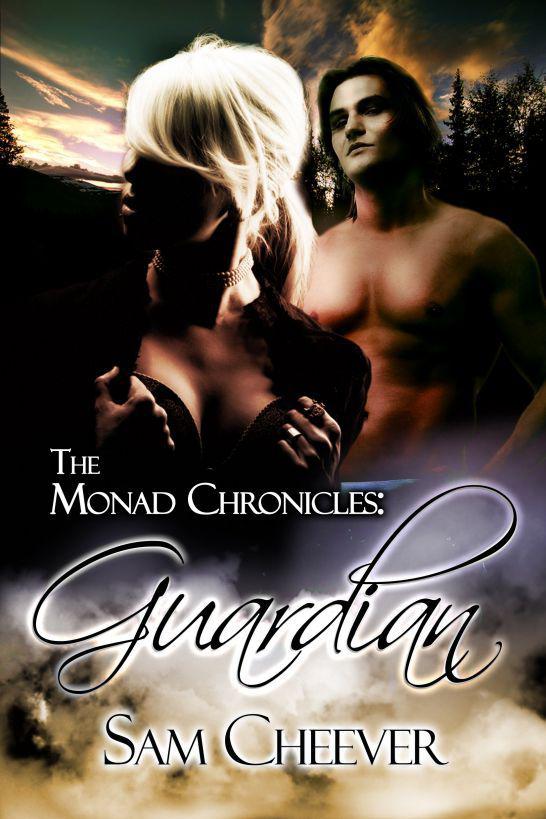 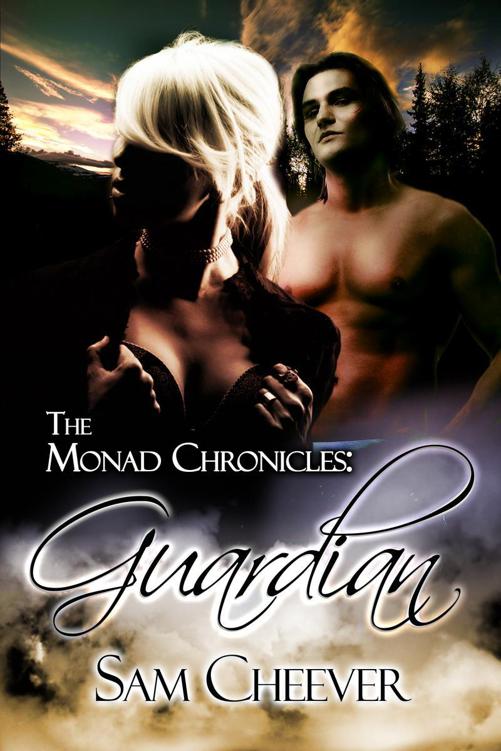 With the exception of quotes used in reviews, this book may not be reproduced or used in whole or in part by any means existing without written permission from the publisher, Electric Prose Publications, PO Box 144, Burlington, Indiana 46915.

This ebook is licensed for your personal enjoyment only. This ebook may not be re-sold or given away to other people. If you would like to share this book with another person, please purchase an additional copy for each person you share it with. If you're reading this book and did not purchase it, or it was not purchased for your use only, then you should return to Smashwords.com and purchase your own copy. Thank you for respecting the author's work.

I am a spirit warrior, working for the gods of Olympus to protect their magical subjects around the universe. Sometimes I work with Guardian Angels to help them protect the fragile human race from those in the magical realm who would harm them.

It was on one of these assignments that my life changed so drastically.

Rarely do Guardians get extinguished. Rarely are they fooled by the humans they’ve been assigned to protect. But on this occasion, both rare instances occurred.

Of course, as the last woman standing in the event, I had to go before the Council of Gods and defend my actions.

There was no way I could do what the gods asked me to do.

The woman in me responded just a little too well to the man in him to fulfill my orders and erase his existence from the Earth.

Still, there
was
a guardian being admitted prematurely to the Elysian fields. And a plot for power was definitely afoot. So I had to do
something
.

I just hoped that whatever I did it would be enough.

And, oh, did I mention that my archrival was also assigned to this task? She was supposed to keep an eye on me and tattle back to the gods if I screwed up.

Yeah. This was not going to be one of my better assignments.

T
he woods swayed around me, bright with filtered light and the dance and song of millions of small-brained inhabitants. I stayed close to the smooth, black trunk of a huge luck tree and rubbed its silky bark.

Ahead of me, on the path, a demon squatted over a human female, sniffing her with a pig-like nose that dripped and quivered at her unfamiliar scent. I was worried about the girl. She’d been screaming and thrashing around mere moments earlier. Now she was very still on the ground.

I closed my eyes, deciding that the time was right, and entered the sphere between worlds, sliding on silent wings of air toward the unsuspecting demon. I bit my lip, praying he wouldn’t notice the change in atmosphere that would tell him of my presence. Or the wrinkle in the air that, at the last moment, I would step through so I could kick his fat, oily ass.

I was mere feet away when the demon stiffened suddenly and stood, looking around with small, beady eyes and reaching for the electric fork at his waist. I stepped through the wrinkle and reached for him, grabbing him around the neck with one arm and twisting the thick wrist of the hand that now clutched the instrument of my sudden and complete death. The wrist bent forward with a very satisfying crack.

He threw back his head on a squeal of pain, catching me in the chin…hard. Stars burst in front of my eyes as I tightened my arm around his treelike neck until the ligaments gave way. I sent my electrical energy into him at an annihilation level and he exploded into dust, settling over the prone form on the ground.

Kneeling beside the woman, I reached for her delicate looking neck, feeling for a pulse. It was fairly strong. Frowning, I wondered why she looked so pale. So still. I sent healing power into her and, when her pulse picked up I stood and stepped away. Glancing at the wrinkle that awaited me, I struggled with the idea of leaving her there alone.

Her guardian should have been there already. I wondered what was keeping him. As I had the thought the air shifted behind me and I turned, looking into the pale, harried face of her guardian angel.

He smiled. “Nuria, sorry I’m so late. There was a problem with one of my other protecteds. He thought it would be a good idea to ride his barely broke horse through town…completely naked.”

I twisted my lips at the thought. “Please tell me he was drunk.”

Mack laughed and shook his head. “Unfortunately no. He’s just really that stupid.”

“Well, he’s alive. But I don’t think there’ll be any offspring in his future. Probably a good thing.”

I nodded, glancing down at the pretty young woman at my feet. “The demon dropped her here and I was able to grab him.” I frowned. “Her pulse is strong. I’m not sure why she hasn’t woken up yet.”

Mack kneeled down beside her and, placing his hands over her forehead and heart, did a quick probe of her body. “She seems whole and basically unharmed.” He frowned slightly. “But there is something…”

The woman jerked upright, a hissing electric fork in her hand, and stabbed it into Mack’s chest. He screamed and flew upward, hovering over her, his hands trembling over the spot on his chest where she’d impaled him. He looked decidedly indistinct.

The girl gained her feet and looked at me, her pretty blue eyes filled with hate. “Evil spirit die!”

She lunged at me, barely missing my stomach with the deadly electrical weapon. I danced away, pulling my own weapon forward. “I think you have me confused with someone else. We came to help you. We’re friends.”

The woman stopped suddenly, cocked her head, and gave me a slightly scary smile. “You are no friend of mine evil spirit. Your kind only harms. As she lunged at me I lifted my knife, glancing at Mack. He knelt on the ground several feet away, clutching his chest and struggling to breathe. But he looked a bit more substantial. That was a good thing.

I had a serious dilemma. I had no jurisdiction with humans. Harming one would put me in a very delicate spot.

The woman apparently had no such restrictions. She lunged again and missed me by inches. I swung away to the side, pushing my knife forward like a shield. If I could just get hold of her weapon.

She gave a primal scream and lunged. I saw her coming toward me and knew I’d have to kill her. I really didn’t want to kill her. But it was either her or me. Surely the Council would understand.

Something hit me from the side. Hard. And I flew sideways. I threw my hands up to break my fall and felt them slide into nothingness. I fell through the waiting wrinkle and into safety…watching in horror as Mack took the killing blow that had been meant for me.

Slouching against the wall, I watched the gods filter into the room in a leisurely fashion. I momentarily envied them their charmed existence. Their worst problems were whether they had enough wine in their goblets at any given time and if their current paramour would be available that morning, and afternoon, and evening…

I shook my head at my inner musings.

“A drachma for your thoughts?”

I turned and scowled at Keane, a fellow warrior and my sometimes partner in Monadery. “Hey Keane. Why are
you
here?”

He shrugged. “Apparently they want someone to attest to your character or some such idiocy.”

I felt my blood starting to boil. “They think I pushed poor Mack into that fork?”

I blew out a breath and crossed my arms over my chest, glaring at the arrogant creatures across the room.

The council table was two thirds full. Just a few more anuses needed to complete the ass convention at the raised Council table.

When the table was full I reluctantly took my seat in front of them. Keane sat down next to me and we both looked at the empty third seat.

As Zeus banged the gavel to start the proceedings, the wide, golden doors at the side of the room opened, allowing a brush of warm air filled with the scent of wild flowers to drift across the room.

My worst nightmare floated through the doors.

I turned to Keane. He grimaced. My eyes projected horror as I murmured, “Oh Hell no!”

He shook his dark head and leaned close. “This can’t be good.”

Etta was tiny and pink and feminine. She was also dim witted and arrogant. She didn’t look like a horrifying monster, but she was.

She was a guardian, like Mack had been. A favorite of the gods…unfortunately. But her success rate wasn’t as good as mine. And it ate at her…big time. So she took whatever opportunity she could find to bring me down. She’d been a giant thorn in my side since I’d accepted my commission as a Monad.

The fact that she was in that room at that moment, sauntering toward me with a superior look on her tiny, pink, monster face was a terrible thing.

A foreshadowing of my doom.

Zeus glared at Etta and set his gavel down in front of him. Within easy reach.

Zeus liked to play with his gavel. “You’re late, guardian.”

Etta stopped in front of the long, semi-circular table and curtsied prettily.

Nevada (1995) by Grey, Zane
Embracing the Unexpected by Ella Jade
Blueeyedboy by Joanne Harris
Tarot's Touch by L.M. Somerton
Alien Heat by Lynn Hightower
From Under the Overcoat by Sue Orr
Merlin's Harp by Anne Eliot Crompton
Francona: The Red Sox Years by Francona, Terry, Shaughnessy, Dan
And Then It Happened: An Unexpected Romance by Annie Green
The Tudor Rose by Margaret Campbell Barnes
Our partner