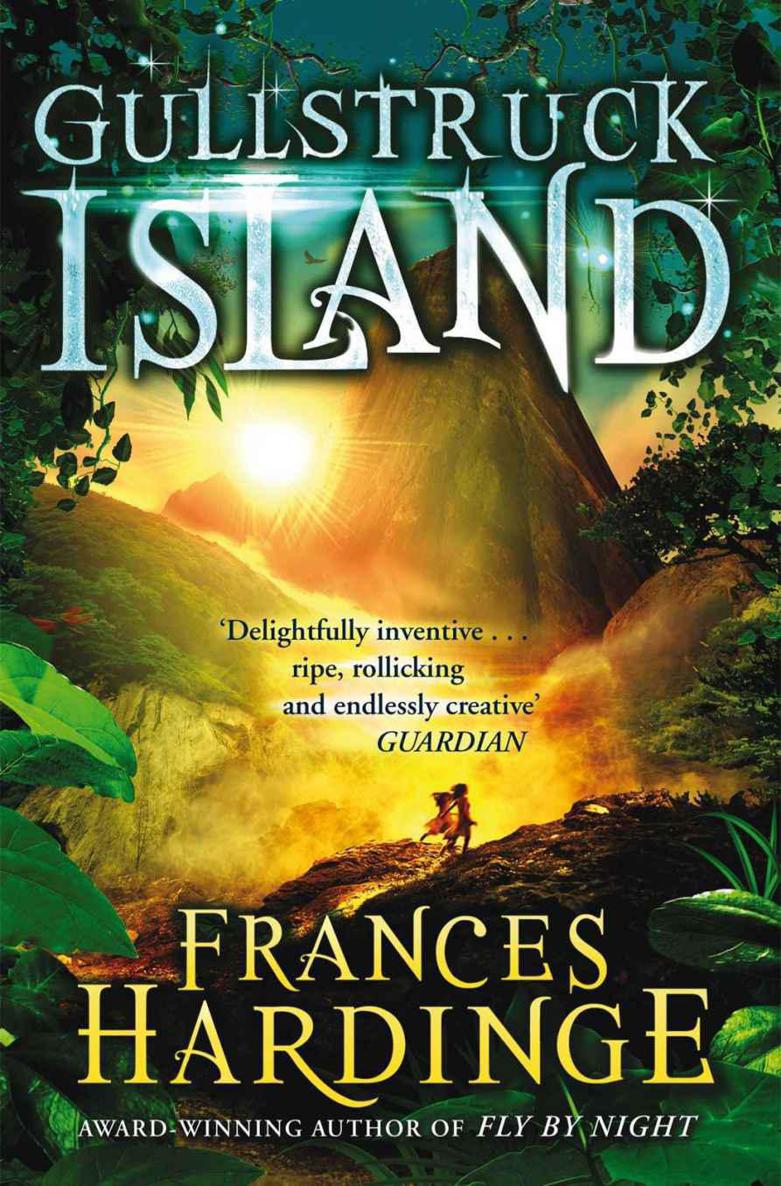 Frances Hardinge’s first book,
Fly By Night
, won the Branford Boase Award for outstanding debut novel. Both
Fly By Night
and her second novel,
Verdigris Deep
, have been shortlisted for several other awards, including the Guardian Fiction Prize, and are now published in several languages around the world.

Frances spent her childhood in a huge, isolated old house on a hilltop in Kent that ‘wuthered’ when the wind blew and inspired her to write strange, magical stories from an early age. Now she lives in Oxford and London with her boyfriend.

‘Mad, exuberant, hilarious . . . as original and joyous a literary adventure as I’ve encountered in aeons. I wish I’d written it, but even better, I know I couldn’t have’ Meg Rosoff

FLY BY NIGHT
Winner of the Branford Boase Award 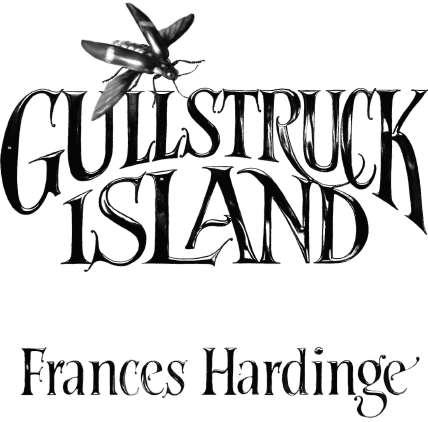 The right of Frances Hardinge and Tomislav Tomic to be identified as the author of this work has been asserted by them in accordance with the Copyright, Designs and Patents Act 1988.

To my sister Sophie, a truer traveller than
I shall ever be, who saved lives when others
were seeing sights, and who brought back
tropical diseases and broken bones instead
of photos and souvenir hats 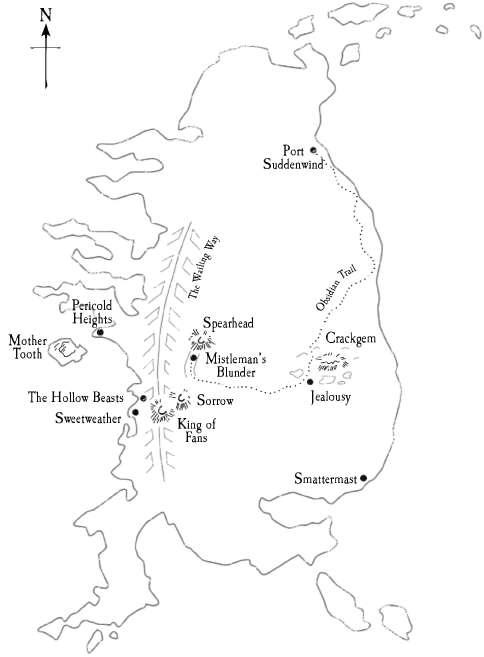 6 Going through the Gongs

15 For the Wronged a Reckoning

30 The Sound of Waves

33 The King of Tricks

37 The Man without a Face

It was a burnished, cloudless day with a tug-of-war wind, a fine day for flying. And so Raglan Skein left his body neatly laid out on his bed, its breath as slow as sea swell, and took to the sky.

He took only his sight and hearing with him. There was no point in bringing those senses that would make him feel the chill of the sapphire-bright upper air or the giddiness of his rapid rise.

Like all Lost, he had been born with his senses loosely tethered to his body, like a hook on a fishing line. He could let them out, then reel them in and remember all the places his mind had visited meanwhile. Most Lost could move their senses independently, like snails’ eyes on stalks. Indeed, a gifted Lost might be feeling the grass under their knees, tasting the peach in your hand, overhearing a conversation in the next village and smelling cooking in the next town, all while watching barracudas dapple and brisk around a shipwreck ten miles out to sea.

Raglan Skein, however, was doing nothing so whimsical. He had to take his body on a difficult and possibly perilous journey the next day, and he was spying out the land. It was a relief to see the world plummet away from him so that everything became smaller. More manageable. Less dangerous.

Scattered around the isolated island of Gullstruck dozens of other minds would be adrift. Lost minds, occupied with the business of the island, keeping it functioning. Scrying for bandits in the jungles, tracing missing children on the rises, spotting sharks in the deeps, reading important trade notices and messages long distance. In fact, there might even be other Lost minds floating near him now, indiscernible to him as he was to them.

He veered towards the mountain ridge that ran along the western coast, seeing the individual peaks emerge from the fleece of clouds. One such peak stood a little proud of the rest, its coloration paler. It was Sorrow, the white volcano, sweet, pure and treacherous as snow. Skein gave her a wide berth and instead veered towards her husband, the King of Fans, the tallest middlemost mountain of the ridge, his cratered head forever lost in clouds. For now the King was docile and hazy with the heat, but he too was a volcano and of uncertain temper. The shimmering air above his slopes was flecked with the circling forms of eagles large enough to carry a child off in each claw. Villages on this coast expected to lose a couple of their number to the eagles each year.

But these eagles would have no interest in the little towns that sprawled below. As far as the great birds were concerned, the towns were just more animals, too vast and sluggish for them to bother with, scaled with slate and furred with palm thatch. The muddy roads were the veins, and bronze bells in white towers told out their slow, cold heartbeats.

For a moment Skein wished that he did not know that every town was really a thriving hive of bitter, biting two-legged animals, full of schemes and resentment and hidden treachery. Yet again the fear of betrayal gnawed at his mind.

We will talk to these people
, the Lost Council had announced.
We are too powerful for them to ignore us. Everything can be settled peacefully.
Skein did not believe it. Three days more, and he would know if his shadowy suspicions had flesh to them.

All the Bright Places by Jennifer Niven
Cut by Cathy Glass
You May Also Like by Tom Vanderbilt
Circle Nine by Heltzel, Anne
Sac'a'rith by Vincent Trigili
The Purple Haze by Gary Richardson
Jupiter (Were Zoo Book 2) by R. E. Butler
The Madonna of the Almonds by Marina Fiorato
Berlin at War by Roger Moorhouse
Leighann Dobbs - Mystic Notch 02 - A Spirited Tail by Leighann Dobbs
Our partner