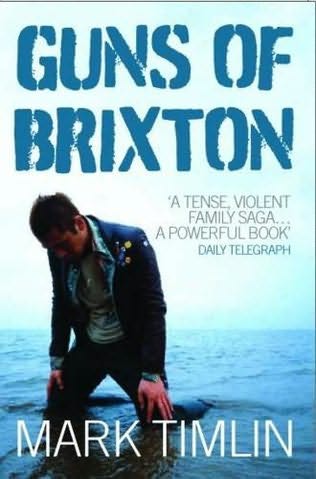 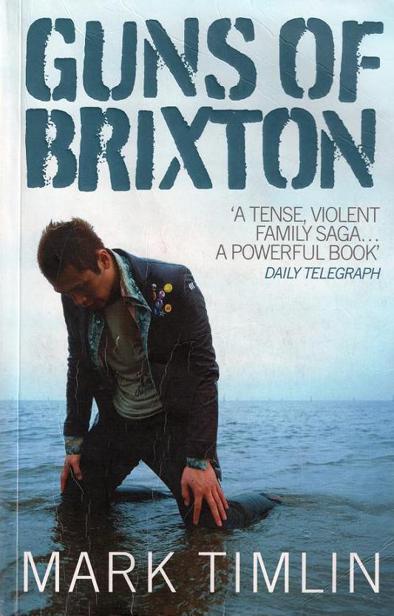 All rights reserved. No part of this publication may
be reproduced, stored in a retrieval

system, or in any form or by any means, without the
prior permission in writing of the

publisher, nor be otherwise circulated in any form of
binding or cover other than that in

imposed on the subsequent publisher.

A catalogue record for this book is available from the
British Library.

This book is a work of fiction. Names, characters,
businesses, organisations, places and events are either the product of the
author's imagination or are used fictitiously. Any resemblance to actual
persons, living or dead, is entirely coincidental.

Papers used by John Blake Publishing are natural,
recyclable products made from wood grown in sustainable forests. The
manufacturing processes conform to the environmental regulations of the country
of origin.

In days
gone by, what is now the Brixton McDonald's - at the multi- corner junction
overlooked by Lambeth Town Hall - used to be a branch of one of the 'big five'
banks. A clearing house for money from all over south London, it sat packed
with cash, a peach ready to be plucked by anyone with enough brains and bottle
to try it.

In
those days there were criminals whose sole object in life was to hunt out such
targets, research them thoroughly, then get together a team of likeminded
individuals and take them down. One such criminal was Daniel Butler - Danny to
his friends, of whom there were few. One Thursday morning in June 1982, when
the rush hour was at its height and the bank was stuffed with notes awaiting
collection by armoured car, he put his plan into action.

Danny
had been a mod in the 1960s. An 'ace face', as he liked to be called. He'd
cruised the streets of London like a king in his souped-up Ford Anglia, making
acquaintances as he went: little gangsters who wanted money for clothes,
records and cars without doing too much work. And from these young men he
recruited a fine collection of villains who would make their mark on the
underworld of the capital in the latter half of the twentieth century.

Now
in his early thirties, Jimmy Hunter was one of those young men. When Danny had
called him up, a month or so earlier, Jimmy had been only too pleased to come
in as top man on the bank raid.

It
was a simple plan: straightforward blagging with little subtlety. A straight
in-and-outer. Danny lined up the job, brought in the personnel, supplied
transport and ordnance, a getaway route, took his cut off the top and dropped
back into the shadows. When it worked, it was financially rewarding all round.
When it didn't… well, when it didn't he wouldn't be around to see it go bad.
Danny made it his business to be in another country, if not another continent,
when that happened. And on this job, the getaway was the problem. Danny didn't
like it, but there was little choice. He'd explained as much to the little firm
when he'd first outlined the plan to them. Do it, or don't do it, it was up to
them. They'd all agreed to do it. On such decisions lives are changed - and
lost.

The
night before the job was due to go off, the summer warmth kept the streets of Brixton
and the surrounding area busy until late in the evening. Stevie Little, known
to his mates and most of the Metropolitan Police as Little Stevie Wonder, broke
into Stockwell bus garage and had it away with a double-decker red Routemaster
bus which he drove to a scrap yard in Clapham and parked up behind a pile of
60s and 70s motors waiting to be crushed into yard-square blocks of metal and
rubber. He spent the rest of the night in the office drinking tea, reading
ancient copies of
Penthouse
and
Playboy
, and listening to his
portable radio.

The
next morning at nine sharp, four men roughly the same age as Jimmy Hunter met
at a coffee stall next to Clapham South tube station. Two drove to the
rendezvous in a stolen Ford Granada Ghia, the other two went by public
transport. In the boot of the Ford were two pump action shotguns, sawn off fore
and aft and loaded with five double- ought shells, plus two six-shot.38
revolvers, along with four large nylon sports bags with webbing straps. Enough,
Danny figured, to carry away all the notes in the bank's safe. Jimmy Hunter
drove the car to the meet, the number two man, Dave Nicholls, in the passenger
seat beside him. Jack Dewhurst caught a bus from Balham and Paul Walker took
the Northern Line from Stockwell. By eight-thirty they were all drinking tea
and smoking. No one ate. This was the biggie and none of them were hungry.

'How
much do you reckon?' said Paul to Jimmy as he sipped his strong, sweet brew.

'Half
a million,' said Jimmy, for the hundredth time since the gang had been
recruited. 'Minimum. Maybe more, Danny said.'

The
men stood talking and smoking for fifteen minutes until Jimmy looked at his
watch and said, 'Time'.

The
men went to the car which was parked up in a side road a few hundred yards from
the stall. They gathered around the boot and selected their weapons. Jack was
to drive the car to the job and wait with the engine running as the other three
went into the bank. Jack took a.38, as did Paul, the other two picked up the
shotguns, wrapped in brown paper and slid them under their jackets before all
four climbed aboard. As they settled in their seats, Paul, Jimmy and Dave each
took a woollen cap from a pocket and pulled it on. Paul found the stopwatch
that Danny had given him to time the raid, hanging it around his neck by its
strap.

Danny
had told them so many times it was engraved in their minds. 'Two minutes from
the off and you go, no more. Don't piss about, just leave.'

Jimmy
knew that the getaway was the big risk. But then, everything in his life had
been a risk for as long as he could remember. That was why he and Danny had
impressed upon the rest of them that two minutes from the moment they arrived
was all the time they could afford in the bank. He knew that, no matter how
heavily armed they were or how ready they were to use their guns, some
jobsworth would press the panic button. And Brixton nick was less than half a
mile down the road in the direction they had to go; and, at that time of day,
the traffic would be heavy down the Brixton Road. But there was a turning next
to the old Bon Marche building where Jimmy's mum had taken him shopping so many
times when he'd been a boy. And once in that turning, the narrow streets of
Brixton twisted and turned away back to Clapham, where another stolen car was
waiting.

If
they could only get there, then they could vanish into south London without a
trace. The cash would be delivered to Danny Butler's accountant to be counted
and neatly laundered. Only then would they be paid in clean money. It took a
little longer than doling out the loot in the back of the motor like they were
used to, but Danny was careful, and being careful had kept him out of jail. If
any of the blaggers didn't like the deal, then they could find employment
elsewhere. Danny didn't care. There were plenty more likely lads out there
looking for work.

Jack
started the Ford's engine, and right on time, Stevie Little drove the
Routemaster along Clapham High Street with the destination board showing: OUT
OF SERVICE and a canvas strap looped across the rear entrance. At the sight of
the bus, Jimmy turned to Jack and said, 'Do it.'

Jack
put the gear lever into 'drive' and slid the powerful car into the traffic,
taking up a position directly in front of the empty Routemaster.

The
bank opened at nine-thirty am. At nine twenty-five precisely, the convoy moved
slowly down Acre Lane until they came to the traffic lights outside, the Ford
third in the queue of traffic. The men sat quietly, but the tension in the car
was palpable.