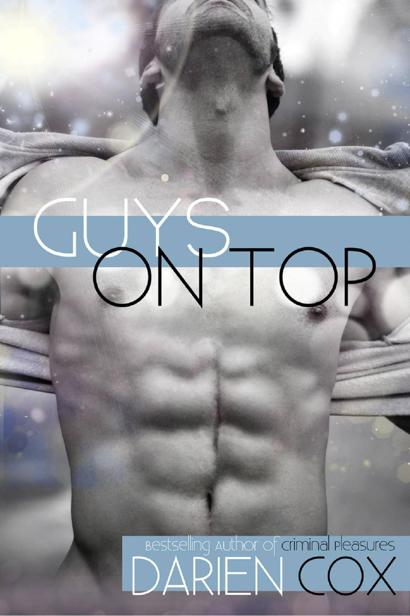 All rights reserved under the International and Pan-American Copyright Conventions.  No part of this book may be reproduced or transmitted in any form or by any means, electronic or mechanical including photocopying, recording, or by any information storage and retrieval system, without permission in writing from the author.

This book is a work of fiction.  Names, characters, places and incidents are either the product of the author’s imagination or are used fictitiously, and any resemblance to any actual persons, living or dead, events, or locales is entirely coincidental. 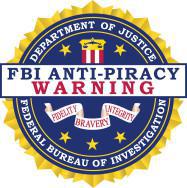 The unauthorized reproduction or distribution of this or any copyrighted work is illegal. Authors are paid on a
per-purchase basis
. Any use of this file beyond the rights stated above constitutes theft of the author’s earnings. File sharing is an international crime, prosecuted by the United States Department of Justice Division of Cyber Crimes, in partnership with Interpol. Criminal copyright infringement, including infringement without monetary gain, is punishable by seizure of computers, up to five years in federal prison and a fine of $250,000 per reported instance.  Please purchase only authorized electronic or print editions and do not participate in or encourage the electronic piracy of copyrighted material.

Doug shut the car door and stood on the sidewalk, looking up at the old Victorian house. Gray with white trim, it was a two story split, and though clearly renovated and coiffed to modern aesthetics, its solid, looming structure exuded fortitude and longevity. Closely flanked on either side by similar houses, tall hedges insulated the front yard, giving the property an air of seclusion.

There was no sign of the landlord yet, and Doug checked his watch, anxious to see if the inside was as enticing as the exterior. Turning in a slow circle on the sidewalk, he took in the neighborhood. Despite the steady hum of cars on the nearby parkway, the street felt peaceful and suburban—it was hard to believe downtown Boston was just a twenty-minute drive away. He’d passed the large, tree-lined pond on the way in, and seen the joggers and dog walkers. Already he imagined taking his morning run down there, sunrise glimmering on the water as his feet pounded the path.

He looked back up at the house. Small, festive lanterns were strung along the balcony of the occupied top floor. The porch below was empty and ungarnished, the tall windows dark and lifeless. If Doug was lucky, he’d be signing a lease today for the first floor apartment, and he’d be the one to bring life and light back into those windows.

He hadn’t had a real home since buying—and then subsequently losing— the condo he’d shared with Harry, his ex. Having been transient for far too long, he was ready to dig in somewhere new and start over. He liked the ageless, permanent feel of the apartment house, and it was a hell of a lot nicer than the other places he’d looked at recently. They’d all been either too small, in a bad location, or in the case of the last place he’d seen, smelled like urine.

His head turned at the sound of a car engine and he saw a yellow Volkswagen Beetle pull into the driveway. Doug approached the car. A short, plump, blonde woman of about sixty stepped out, her face half covered by enormous sunglasses. She slung a suitcase-sized pocketbook over one shoulder as she hip-checked the car door shut.

“You must be Anna,” Doug said, and the woman did a double take, peering up at him.

Her plump face lit with a smile as she removed her sunglasses, revealing bright blue eyes, heavy with mascara, a smear of pink lipstick staining one of her front teeth. “Hello!” She shook his extended hand. “You’re Dr. Crandall’s brother?”

“Doug, yes, yes, come on inside, I hope you had no trouble finding it.”

He followed as she toddled up the flagstone path to the front porch, then he waited patiently as she fumbled with a jangling key ring. “I was so pleased when your brother told me about you and your situation. This place has been empty for a while now.” She pushed open the front door and they stepped into an enclosed entryway that smelled of old wood. Directly ahead, a long set of stairs disappeared upward into darkness. “This is the main entry, shared by both apartments, as you can see the mail comes in through the slot here,” she said, pointing to a pile of letters and magazines strewn on the floor.

To their left was another door, which Anna quickly unlocked and eased open. “But each apartment also has a private entrance in the back. Come on inside.”

Doug followed her through the door into the first floor apartment, finding himself in a vast, empty room with hardwood floors and high ceilings. “This is the largest room, most people use it as a living room. And you can see the kitchen is over here on the right.”

The place smelled clean, like pine wood polish. The shiny wood floor creaked under his feet as he made his way farther into the room, admiring the door sized windows, their multiple panes generating patchwork sunlight patterns across the floor.

Anna flicked on an overhead light as Doug turned and strolled into the kitchen. It was three times the size of the kitchen he’d had in his condo, and far more charming. The appliances were modern, but the trim work was vintage, glass-front cabinets edging the walls. “This is beautiful,” he said.

“Thank you.” She smiled up at him, her eyes seeming to scrutinize his face. He resisted the urge to reach out and wipe the lipstick off her tooth. “Well look at you,” she said. “You’re even more handsome than your brother!”

She plunked her hefty purse down on the kitchen counter, along with her keys. “You know, it was just dumb luck, finding you. The girls who lived here moved out two months ago, and I’ve been having a hell of a time finding the right person to rent to. Most of the younger people, students and such, can’t afford it. And the older ones are all buying houses of their own. What is it you do again, Doug?”

She nodded. “Yes, yes, I got your paperwork, it all looks fine. But I’m babbling. Come, let me show you the rest.”

He followed her back through the spacious living room and down a short hallway. “I’ve been going to Dr. Crandall for years, you know, he’s such a nice man. But I suppose you don’t call him Dr. Crandall.” She looked over her shoulder, chuckling.

“No, he’s just Wyatt to me.” He smiled at Anna as they stepped into another large room with hardwood floors, empty save for an old, cast iron radiator in the corner. Two windows looked out onto the backyard, a two car garage visible at the end of the driveway. Like the front, the rear of the property was edged with high hedges, a tangle of honey suckle running alongside them. A pair of blue hydrangea shrubs bloomed on either side of the back porch.

“This is the master bedroom,” she said. “Both of these apartments have two bedrooms, I’ll show you the other one after this. There’s also another small room at the rear of the house, more of an alcove, really. Some tenants have used that as an office, others for storage. But as you can see there’s plenty of space if you ever want to get a roommate. Two men share the upstairs apartment. But you’re on your own, your brother said?”

“Well, you’ll certainly have a lot of space. I suppose it’s nice to have a spare bedroom, for company and such.”

“Yes, that’s an idea. You certainly look like you stay fit!” she said, slapping his abdomen, then squeezing his bicep with a giggle.

He’d gotten himself into decent shape, but vanity had little to do with his adherence to daily, vigorous workouts. Along with meditation, the exercise was crucial to keeping his mood mellow and his nerves calm, fending off the anger that had nearly consumed him months back.

They moved down another pine scented hallway and into the spare bedroom, about half the size of the master. Bright lavender paint accosted his eyes, and his gaze traveled the stenciled border where the ceiling met the wall. Royal blue and gold moons and suns danced across the wall, contrasting with the lavender. Doug stood beside Anna, hands in his pockets. “Yeah, this is perfect for an exercise room, good size.”

“You can paint over that...” she waved a hand toward the wall stencils, “moony lesbian stuff.”

Doug let out a belly laugh. “Okay, will do.”

Anna smiled at him. “They were nice girls, the previous tenants. Just a bit strange. Clean, though. They left the place immaculate. I prefer to rent to gays, I’m sure your brother mentioned that? They make such good tenants. Clean and quiet.”

Doug’s mind flashed back to images of his ex-boyfriend Harry’s dirty socks strewn all over the bedroom floor, his beard whiskers coating the bathroom sink, and the dishes piled on the counter for days on end. He bit his tongue, his desire for the apartment outweighing the niggling urge to correct Anna’s stereotype. His brother
had
told him that Anna preferred to rent to gays, and while he thought it a bit eccentric, he was willing to take the leg up where he could get it.

Anna studied him, hands on her hips, head tilted to one side, reminding him of a pigeon. “Dr. Crandall mentioned you were. You don’t look very gay, though.”

He laughed. “Oh. Well, uh, I’d show you my membership card, but I didn’t bring it with me today.”

“Oh!” She cackled, slapping his shoulder. “You’re funny. You do remind me of your brother, he’s got a sense of humor, that one. Dr. Crandall’s such a good doctor, I love his bedside manner. Come, I’ll show you the rest.”

Anna took him through the rest of the apartment, then out a back door to look at the rear deck and yard. “The garage space on the left would be yours. The guys upstairs use the one on the right, as you can see.”

A small blue car sat parked in the garage, some vintage sporty thing, though he couldn’t place the make and model. He’d not had to contend with neighbors in a long time. But then it wasn’t like he was actually sharing his home with them. They were upstairs, he would be down. Besides, after occupying the spare room and tip toeing around his brother’s family for the past few months, dealing with a couple of neighbors was nothing.

“And there’s plenty of storage in the basement,” Anna added.

“Great. This is great,” he said, and meant it. There was something about the place that spoke to him, told him that this could be home. The perfect place to start over, a small Eden shrouded from prying eyes, yet close enough to the city that he could begin venturing out again. Though he wasn’t feeling particularly friendly as of late, he aimed to make a concerted effort to get back into the social stream. After having his previous life nuked out from under him, it was almost a matter of spite—the only splinter of anger he allowed to reign freely. He’d get himself a life again, damn it, and he’d try to be happy, whether he liked it or not.