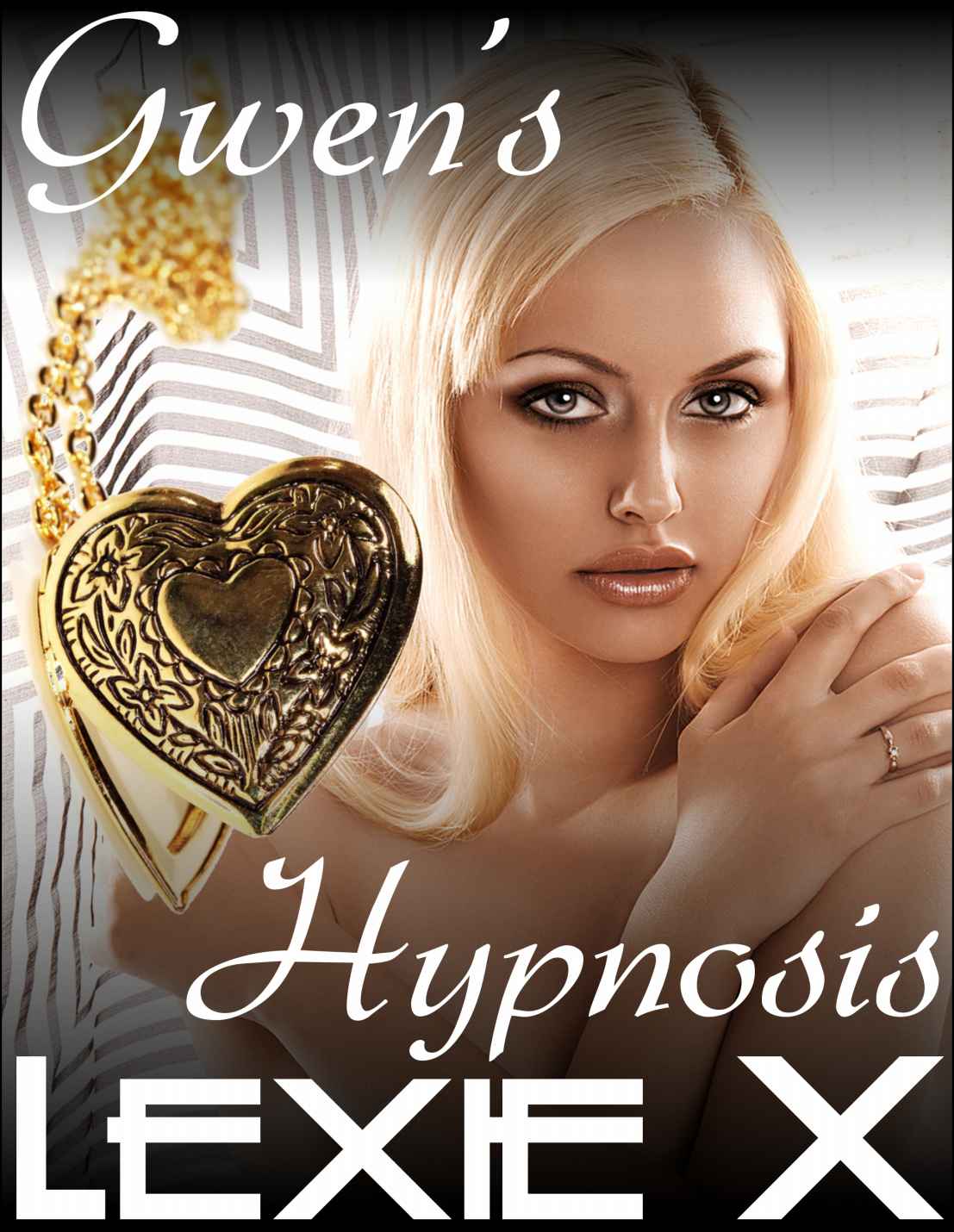 or at
my Kindle author page
.

Gwen gripped the chill bars of her cage. When her captors were gone, the dimmed lights kept the stark white basement in perpetual gloom. She wasn't sure what they did during the day - if anything - but the time to herself gave her plenty of hours to think of escape.

"You know there's no way out," one of the other captive girls commented
, from her cage in the other corner. She seemed almost gleeful about it. "And anyway, soon enough, you won't
want
to leave."

She gave no reply. The black-haired
girl and her friend both seemed to worship their captors with an almost fanatical devotion. That scared her more than anything else the women had done… at least so far. The faintly lit walls of sex toys and strange devices promised many dark things ahead.

She winced as light flared through the long room, nearly blinding her.

The captor she knew personally came down the stairs at the opposite end of the basement, wearing baggy sweatpants and a grey sweatshirt. In strange contrast, her long brown hair ran to her ample chest, luxuriously shining and well managed.

The woman approached her cage with an unhappy look. "Hey, Gwen…
"

Gwen eyed her with no small anger. "Lydia…"

"Look," the woman whispered, leaning in. "I didn't want to do this. This is crazy, right? It was all Emma's idea. I'll look for the keys when she's sleeping. Until then… play along."

The black-haired girl in the other cage grinned.

Gwen stared at both of them in turn. "I don't believe you."

She
stepped back. "That's fine, I understand, but resisting will just encourage her."

Footsteps sounded on the stairs.

"Are you sure you don't want to work together?" Lydia whispered quickly. "I'm as much a prisoner as you here, even if I'm not in a cage…"

Gwen
glared, but her angry expression was mixed with confusion.

"Clothes off," the woman ordered.

Lydia slid off her sweatpants and sweatshirt immediately, stepping onto the bare white floor fully nude. Her light curves belied her large, firm breasts. They almost seemed out of place on her otherwise average body. She shot over a pleading glance, hiding the move behind her flowing hair.

Moving up from staring at her body, Gwen saw her glance… and began wondering
…

The leather-clad woman came over with a
brush whip at her belt, her hands cupping her girlfriend's breasts. "Love these so much," she commented, licking around each curve once. "What about you, Rachel?"

The black-haired girl bounced up and down in her cage. "Love 'em. They're so much fun to play with."

"What about you, Aubrey?"

"They're really nice," the
brunette responded, sitting cross-legged in her cage and watching. Her lips curled up in a smile.

Startled, she looked back at the leather-clad woman. "Um, they're nice, but I'm straight… I think you should just let me go."

The woman's eyes grew instantly sharp. "But that's why you're here, darling.
You're our straight girl. We can't let you go until we… turn you."

Giving a scared sigh, she sat up on her knees. "But that's not possible. You should really let me go now… I don't know where this is, I won't tell anyone."

The woman approached, sliding the brush whip across her bars.

She moved back in her cage.

"I'm Emma," the woman offered, holding out a hand. "But you can call me your Mistress."

Nervously, Gwen reached out and took her leather-clad grip.

Emma pulled her forward, tight against the bars, her breath half hiss. "Maybe it's not possible, but we'll certainly have fun trying, now won't we?"

Gwen was about to begin begging when she
saw Lydia shake her head surreptitiously. She sat back in her cage and said nothing instead.

Emma returned to her girl
friend, kissing her and pulling her tight with intense passion. In her cage, Rachel made an excited little squeal, watching the two women make out for several minutes.

Gwen watched in deepening confusion as the two women exchanged passionate kisses, warm little smiles, and sweet whispers. They looked sincerely in love - was Lydia putting on an act?

Her skin tingled a bit, and she immediately looked away. They were beautiful, sure, and heated… but any sexuality was arousing, and she wasn't about to let them turn her on.

Finally, they moved toward the cages. Instead of approaching her, Lydia opened Rachel's cage.

Fixing her mussed hair to hide her showing roots, the girl clambered out on her hands and knees. She followed the nude woman to one of two black couches in the middle of the room, a few feet away.

"Clothes on or off?" Rachel asked, looking up, her hand on her loose t-shirt and jeans.

"Hmm," Emma mused aloud. "On for now. Let's ease Gwen into this." She looked over. "We like to have the girls start, to get things nice and wet while we give them their fix. Can you see well?"

She
could definitely see well - right down Lydia's open legs, to her bare sex. Rachel turned her head back to smile at her briefly, and then moved into position on her knees. Gwen turned away.

A moment later,
Emma's hand suddenly gripped her chin, pulling her gaze back. "You
will
watch. Nothing you haven't seen before anyway, right?"

"That's right," Emma hissed. "I know all about your little straight girl experimenting. Licking my girlfriend's pussy in a changing room and then deciding you're straight? Insulting. It's rude, that's what it is. How did she taste?"

"You'll get a refresher soon, then."

Emma returned to the couch, where Rachel was going to work like a hungry animal. The girl's laps, sucks, and low moans filled the room with an undercurrent of sound.

Lydia sighed happily. "Even better than yesterday. This girl will be a pro by the end of the month."

Gwen stared, unhappy. By the end of the month? How long had the girls been there? How long did they intend to keep
her
there?

Emma suddenly approached her cage and peered in. "Looking a tiny bit flushed. I see some redness there, around your neck. You getting turned on?"

"No," Gwen lied. As much as she resisted, it was hard not to be aroused by the sheer sexuality and insanity of the situation. Still, she kept repeating mentally, it didn't mean she was actually into any of it…

They locked eyes again, briefly, as the weight of those words hit Gwen. That's what had happened in the changing room with Lydia, somehow… all that touching, all the bras they tried on, the weird unexpected flirtation… and suddenly there she was, going down on some strange woman
with a very sweet, intimate flavor…

Emma smiled wickedly and returned to standing over her moaning girlfriend and her eager pleasure slave.

Gwen gulped
, continuing to rub herself absently through her jeans. She could feel the rationalizations beginning to spool up in her mind; she could feel all sorts of emotional coping mechanisms moving about behind her thoughts, trying to lay down a perspective on all this that might make it not so bad… if all she had to do was have some really kinky sex to escape… and if she got to taste that unique, alluring flavor again…

She shivered and squeezed her legs together
, suddenly cold. God, she thought - was this actually going to work? Could they really somehow… turn her?

And there was Lydia, hinting that
she should just fake it anyway…

She resolved to put on her best act.
Getting out quickly had to be the priority, no matter what she had to pretend. "I'm not getting any closer to freedom by sitting here, am I?" she called.

Emma perked up, but did not look away from Rachel's lapping tongue.

Emma finally looked over, a smirk on her face.
"Oh, really…" She approached with a predatory narrowness in her eyes. "I'll know if you're faking, if that's what you're thinking."

"I'll try it," she insisted. "But I can't promise anything."

"Fair enough, for now." Emma used one hand to unzip a black zipper that was almost invisible around the crotch of her leather pants. Removing the oval of material entirely, she cast it aside, leaving herself exposed.

Surprised, Gwen looked past the bare sex in front of her, to Lydia - but the woman was moaning with bliss, and in no condition to silently advise her.

"Oh, you thought you'd get my girlfriend first, just like that?" Emma demanded, grabbing the back of her head and pulling her forward. "You'll have to earn that privilege."

Gwen winced. The cold bars against either cheek neatly contrasted the warm, moist flesh
pressed into her nose and mouth. Smears of wetness moved across her face as she struggled momentarily.

She stilled. Okay, she told herself… you did this a little bit with Lydia, and it wasn't so bad. You can do it again to get out of here…

The musky scent filling her senses was far different from Lydia's sweet
flavor, but still intimate in a complex way. Heart pounding, she stopped struggling, and the hand on the back of her head pulled her face tight against the bars.

The labia against her mouth
were full, warm, and slippery. She pushed her lips out, mimicking a kiss, feeling the softness give and respond.

Too overwhelmed to resist, she quickly undid her belt clasp and stuck a hand down her pants, answering a strangely powerful arousal she hadn't expected - and, still, she moved her lips lightly against her captor's heated sex.

After a gulp, some hesitation, and some silent rationalizations, she parted her lips and slid out her tongue.

Unable to stall any longer, and slowly growing more heated as her hand down her jeans began to do its work,
she lay out her tongue flat… and licked upward.

She licked again, processing the complex flavor of her second pussy. Her hand seemed to increase pressure of its own accord, working a deep pleasure up through her body. Lapping slowly, she parted folds and explored, all her focus on the textures and taste against her tongue.

"You seem to be enjoying yourself."

The apostate's tale by Margaret Frazer
Final Curtain by Ngaio Marsh
The Big Fiddle by Roger Silverwood
Antiques Knock-Off by Barbara Allan
Last Stand of the DNA Cowboys by Mick Farren
What We Do Is Secret by Thorn Kief Hillsbery
Unearthed by Gina Ranalli
Cross Bones by Kathy Reichs
That One Day (That One #1.5) by Josie Wright
Coming Home by Hughes, Vonnie
Our partner