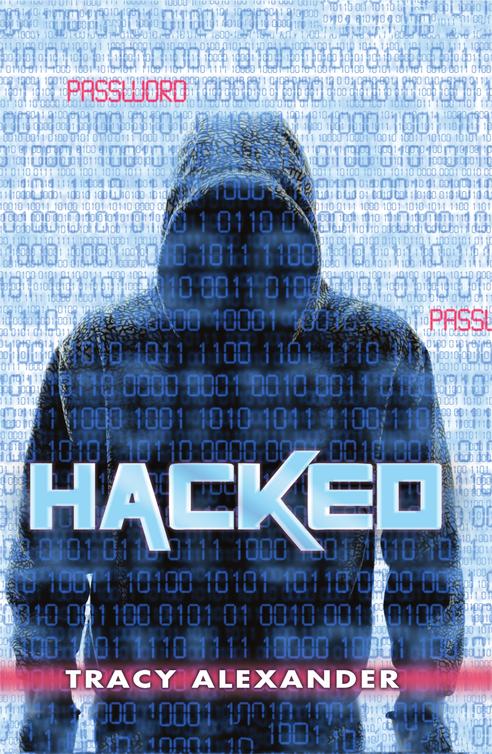 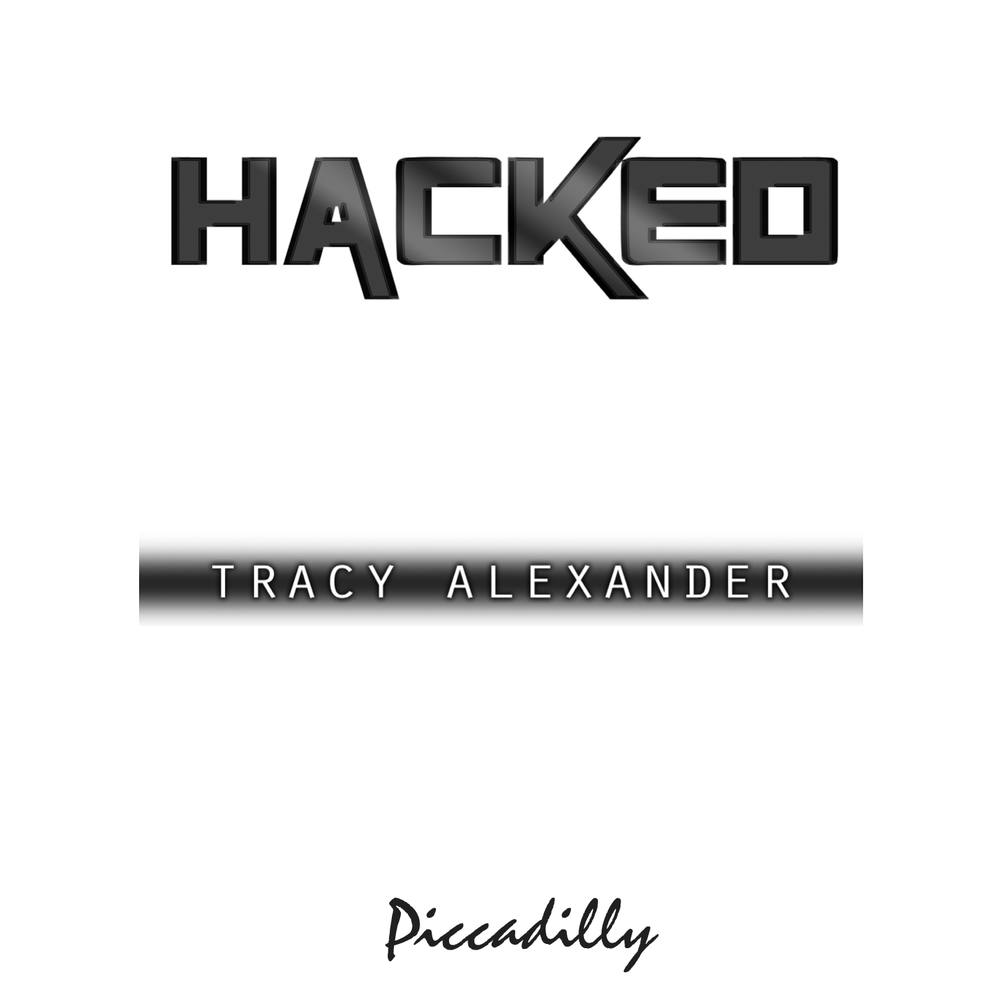 Thanks to James the hacker, Seal the brain,
Mike the judge, Rob the logician, Felix the sceptic,
Honor the meticulous, Oscar the plotter,
steady Jess and the three ugly sisters. 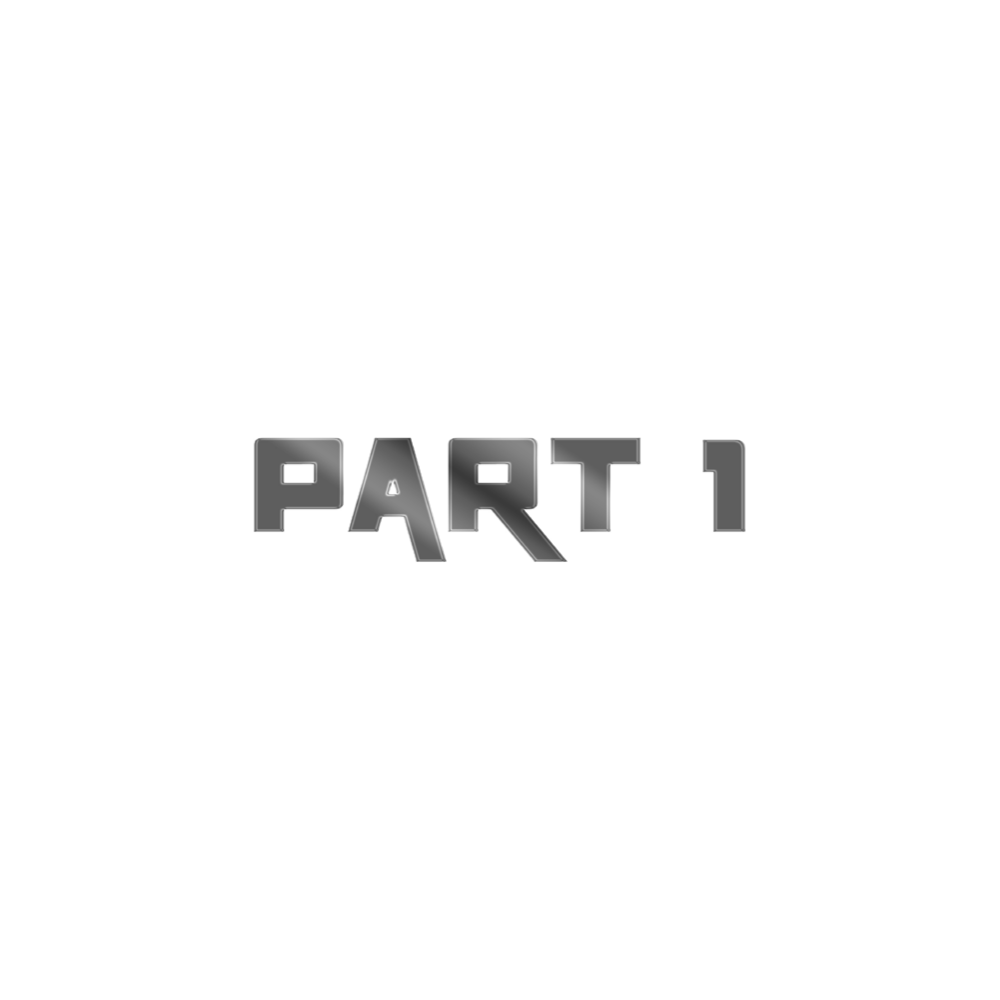 You should have seen the look on Soraya’s face.

‘You bought me credit?’

‘Come on, Dan. I’ve got like fifty quid on my phone out of nowhere.’

I wasn’t that keen to spell it out.

I nodded – a small nod, understated. No need to crow.

‘No way!’ She kissed me on the cheek, right by the school gates.

‘I never thought going out with a computer nerd would come with
benefits
,’ she said. Huge smile.

‘All in a day’s work.’ I shrugged as I said it, hating myself for talking in clichés.

‘Thanks so much, Dan. Got to go. I’ll message you
all
night.’

She wouldn’t. Soraya was always at Mia’s or Claire’s or a hundred other friends’ houses. I should have chosen a less social girlfriend, but to be honest,
I
didn’t
really choose. She sort of chose me. And even though it was all on her terms, I was happy to go along with it. Big brown eyes, caramel skin, no spots, nice lips – what’s not to like?

We set off home. A lot of our year go to the park but hanging around by the baby swings doesn’t do it for me. Or Ty – he’s too busy being ‘destined for great things’. And Joe – he’s just busy. Current fad – bouldering at the climbing centre wearing weird shoes with a separate toe compartment.

‘I got my work experience sorted,’ said Ty.

‘What are you doing, assisting with a lobotomy?’

He wants to be a neurosurgeon, all because he saw an operation on the telly where they cut into someone’s brain while they were awake. Gross.

‘Start at the bottom,’ I said, but he didn’t get the joke.

He was made up. Me, I was planning on a week off. That’s the thing with hacking. An official email stating I had a placement with a vet, a lawyer, the police (ha!), Tesco’s – all within my grasp.

‘Saw Soraya all over you,’ he said.

Pretty funny! I’m anything but. Rake thin – I like that
expression, a pole with lots of teeth at the top (or maybe the same number as everyone else). White – I don’t mean race, I mean not enough daylight. Eyes of a loon – too much screen time. That’s not actually true. It’s one of the stupid things parents say, and even more weird, seem to believe. Computers do not make your eyes bloodshot. No sleep makes your eyes bloodshot, and getting shampoo in them.

Anyway, enough about me. That day, the day I presented Soraya with her stolen credit, was the start of it. I didn’t know, but then you never do. It’s the butterfly effect thing, the one tiny flutter that causes a tsunami the other side of the world.

Strictly speaking the start was years and years before – that’s what Mum would say if she was listening. Not that she would be, because we don’t really talk. I like her and all that, but there’s a reason why sixteen-year-olds aren’t friends with middle-aged women (hold any cougar comments) and it’s that they have nothing in common.

Anyway, I was trouble. Not burn-the-school-down sort of trouble. More like eczema, an irritating itch – maybe infected. By the juniors, I’d been paraded in front of the doctor, a psychiatrist or two
and
a cranial osteopath. (I liked that. She held my head.) I could have told them why I fiddled, fidgeted, didn’t pay attention, and talked over everyone, but they don’t ask
you
– far too obvious. They try to tease it out by clever tests like seeing if you trash a tower of bricks they ‘accidentally’ leave in the room. Seriously, I don’t recommend anyone take a kid to a ‘professional’. Gran had the diagnosis all along.

‘He’s too bright for his own good.’

That wasn’t the general conclusion. ADHD was. And I got a prescription for white pills to help me ‘focus’. I
was like nine or something. My offences were mostly to do with taking things apart, like the battery-operated pencil sharpener, or arguing with Mr Fellows, usually about dinosaurs and meteorites. Poor Mr Fellows – I went dressed as a policeman on World Book Day (no idea why), complete with handcuffs, and locked him to the door handle. There was a quick release button but he sent me to the Head before I could tell him. Got excluded for that.

The pills were fine, nice in fact, but the real antidote to all my anti-social behaviour came in the form of a computer.

A battery-operated pencil sharpener reduced to its components was no match for the
internet
. Websites can be made to do something else, or made better, or taken down. Endless possibilities. I was a reformed character – a ‘model’ student’, apparently. In reality I was either thinking about stuff I shouldn’t do, or doing it.

The first what you’d call ‘proper’ hack was for my little sister, El, short for Elena. She was already on the free bit of Club Penguin (not cool, but true) meeting friends with terrible names like Penny5925 and Aceman09 on the Iceberg and tipping it over, but she wanted to be a member. The parents wouldn’t pay the subscription so I had a tinker and next thing she had her Member Stamp. That meant she could buy things with ‘coins’. So I got her some. A shedload. I don’t like to think of that as a crime. It’s a crime to advertise to
little girls knowing they don’t have their own money.

In my next review at the doctors I realised I should have been a bit less ‘model’, because they took me off the pills and declared me cured. A few twitches and a quick rummage through the equipment in the surgery would have swung it, but for once I hadn’t anticipated what might happen. You can buy the stuff online anyway. Not that I ever bothered. Better things to do. Following threads, joining forums, finding holes, fixing them, coding some scripts to improve the odds of winning free competitions, as well as the odd dodgy thing like hacking free cinema tickets, and, of course, endless gaming. There was a blip when I accidentally drew attention to myself by hacking the control unit on Dad’s BMW. We live on a narrow-ish street that people use as a cut-through and passing cars are always hitting the wing mirrors, so I helpfully made them fold in automatically whenever it was parked. Quite chuffed with that, I was. Until the parents confronted me. I said someone else showed me how to do it. Thankfully they were so pleased not to have to deal with a ‘medicated’ child any more they chose to believe me.

I’d have carried on quite happily as a hobby hacker, messing with whatever caught my eye along with all the other anonymous grey hats who like code, if it hadn’t been for Soraya.

Soraya arrived at the start of Year Ten – covered in glitter and sparkle – but I didn’t speak to her until we were partnered up in biology to dissect a sheep’s eye, approximately four weeks before the generous act that started my downfall and around eighteen months after I first saw her.

‘Will you do it, Dan?’ she said – stereotypically squeamish girl.

‘Only my nails aren’t dry.’

We identified the main parts and then I had to cut away the fat and muscle. A wave of weird came over me. I breathed a lot.

‘Cut it then.’ She was waving her hands, encouraging the second coat of iridescent purple to dry.

The sheep’s cornea was looking up at me. I put the scalpel against the sclera and pushed. A glug of clear liquid came out and spilled over my gloved finger.

I heard, ‘That’s the aqueous humour.’

Embarrassing isn’t the word. I came round, aware I had chin dribble, to find her diamond-pierced nose right over my face. She burst out laughing, a good noise – like a sleigh bell.

‘Everything all right there?’ said Mrs Dean, looking over but not bothering to heave her huge body out of the chair.

She proceeded to cut the eye in half, remove the cornea, cut that in two – which made a hideous crunching sound and nearly sent me weird again – and then pull the iris out with her painted fingernails. Soraya wasn’t
squeamish
, she was vain. She also wasn’t wearing her latex gloves, but it was past the point where it mattered.

‘There’s the pupil,’ she said, dangling the iris in front of me.

She fished a clear lump out of the back of the eye and held it in her palm.

How I was feeling wasn’t lost on her. She held up the lens for me to look through. There was a bit of glob hanging off it. I shut my eyes.

You’d think being brave and macho would be the way to get a girl, but Soraya … she fell for my weak stomach. It happened without any of the escalating steps I’d imagined – chatting, flirting, holding hands,
finally
a snog. That same day we went to the canteen together and I watched her eat tuna pasta. (My appetite had taken a knock.) Ty and Joe came and sat with us, and then her BFF Mia. I walked her to the bus stop after school and she kissed me on the cheek. A week and a frenzy of texts later, I had a proper girlfriend. (And yes, she did write ‘cba’, ‘lol’, ‘sup’.) (And no, I did not tease her, despite the many happy hours Joe, Ty and I had spent dissing textspeak.) (Conclusion: we’re full of crap.)

Unbelievably, Soraya had to share a computer with her sister, so Skyping and messaging on Facebook were tricky. And her phone was constantly out of credit. That’s why I sorted it. I could have pretended that I topped her up with my own money, but I had no idea what was going to happen next. Girls, they’re a different species.