Texas, 1861—a town wants to clap Fargo in leg
irons, but they’ll do it over his dead body.

The baying of hounds keened in the hot, muggy air of a Texas afternoon.

Skye Fargo drew rein to listen. A big man, broad at the shoulder, slender at the hips, he wore buckskins and a white hat brown with dust. A red bandanna around his neck lent a splash of color. In a holster nestled a Colt that had seen a lot of use, and snug in a boot, hidden from prying eyes, was an Arkansas toothpick. The stock of a Henry rifle jutted from his saddle scabbard.

He figured a hunter was after game. Maybe a deer, maybe an antelope, although dogs had little hope of catching one.

Fargo was in a part of Texas he had never been to before, a sea of grassy plain broken here and there by rolling hills. Comanches roamed there and killed any whites they came across. That hadn’t stopped the white man, though, from establishing settlements and even a few towns.

Judging by the tracks and wagon ruts Fargo had come across, there was one up ahead. He reckoned to stop and treat himself to a few drinks before pushing on.

From the crest of a low hill, he could see for half a mile or more out across the plain. His lake blue eyes narrowed when he caught sight of a lone figure running in his direction. The animal the hounds were after, he reckoned.

Then he realized the figure was on two legs, not four.

Fargo stayed put. Long ago he’d learned not to stick his nose into affairs that didn’t concern him.

The figure came on fast but not fast enough. The hounds appeared, far back. They were gaining. Now and then they bayed.

“None of my concern,” Fargo said to the Ovaro.

The stallion had its ears pricked and was staring intently at the unfair race.

Then Fargo glimpsed flowing brown hair, and it hit him that the figure was a woman in a shirt and britches. Just like that, everything changed. A tap of his spurs brought the stallion to a trot. He descended the hill and rode to intercept her.

The woman was losing steam. She weaved and staggered and slowed and stopped. That she had run for so long in that awful heat was remarkable. Now it was taking its toll.

Head down, she was breathing in great gasps, a hand pressed to her side. She was unaware of Fargo until he was almost on top of her.

Snapping erect, her hazel eyes filling with fear, she cried out, “No! I won’t let you!”

Fargo liked what he saw. She had an oval face, lovely as could be, and an equally striking figure that her baggy shirt and loose pants couldn’t conceal. He smiled and said, “I don’t aim to hurt you, ma’am. Are you in some sort of trouble?”

“What?” she said, as if she hadn’t heard right.

“Those dogs,” Fargo said, with a nod at the approaching hounds.

Further back, Fargo noticed, were several men on horseback.

“Oh God,” she said, and hope replaced her fear. “You’re not from there, are you?”

“Never heard of it.”

The woman glanced over her shoulder and blanched. Suddenly she came to the Ovaro and gripped Fargo’s leg with surprising strength. “Please,” she said. “Get me out of here.”

“What’s this all about?” Fargo wanted to know. “Why are those men after you?”

“I don’t have time to explain.” She held fast with both hands. “I’m begging you. Help me up and ride like the wind.”

Fargo would have been the first to admit he had a weakness for a pretty face. He was about to lower his arm and swing her up when his gaze fell on the men on horseback. The gleam of metal on a vest gave him pause. “Are those lawmwen?”

“They’re animals,” the woman said. “The whole town.” Tears filled her eyes and desperation her voice. “For God’s sake, take me out of here before it’s too late.”

The four hounds arrived in a flurry of legs and tails. The foremost, a big brute with floppy ears and a mouth brimming with teeth, made straight for the woman. Its intention was clear, and it coiled to spring.

Fargo drew and fanned a shot from the hip. He didn’t shoot the dog; not when the law was involved. He fired into the ground in front of it, and the hound veered and yipped and came to a stop. So did the rest of the pack.

Fargo held the Colt ready to shoot again if the dogs came at her but they stood there growling and looking from him to her, uncertain what to do.

The three riders were at a gallop.

Turning with her back to the Ovaro, the woman let out a sob and clutched at her throat. “Oh God,” she said. “Oh God, oh God, oh God.”

Fargo had been right; all three riders wore tin stars.

The man in the lead had a belly that bulged over a wide
belt and a moon face that glistened with sweat. A short-brimmed hat looked too small for his big head. His pudgy right hand rested on a hip above one of a matched pair of Starr revolvers. He brought his bay to a stop and scowled. Looking at the hounds, he said, “I thought you shot one, mister.”

Fargo still held his Colt low and level. “All I did was stop them from chewing on the lady.”

“It’s a good thing you didn’t hurt them,” the tin star said. “It’d have gone hard for you, interfering with a posse.” His dark eyes fixed on the Colt. They were twin points of flint, those eyes, and didn’t match his pudgy body.

Since none of the three had resorted to a gun, Fargo twirled his into his holster.

“Slick,” the lawman said. He glared at the woman. “I’ll get to you in a minute, Carmody.”

“Now, then,” the pudgy man with the hard eyes said. “I’m Marshal Luther Mako. These are my deputies, Clyde and Gergan.”

Fargo took an immediate dislike to both. Clyde was a rat in clothes. Gergan was skinny enough to be a rake handle. Both looked as if they wanted to take a bite out of him.

“And you might be?” Marshal Mako asked when Fargo didn’t respond.

Fargo gave them his handle. He half-reckoned they might have heard of him, given the times he’d been written up in the newspapers. But they didn’t act is if they had. “I scout for a living,” he mentioned.

“Do you know Carmody Wells, here?” Marshal Mako asked with a bob of his fleshy chin at the terrified woman.

“I never set eyes on her before today.”

“She’s an escaped prisoner. She broke out of jail and—”

“Not jail!” Carmody cried. She turned to Fargo, her face twisted in appeal. “Don’t listen to him. He lies with every breath. You have to help me, or I’m done for.”

Marshal Mako leaned on his saddle horn and sighed.
“Broke custody, then. Does that sound better?” He looked at Fargo and sadly shook his head. “She was sentenced to six months at hard labor.”

“It’s not as bad as it sounds,” Marshal Mako said. “She helps with the cook wagon that goes out and feeds the work crews.”

“Work crews!” Carmody said. “Men in chains, is more like it.”

“Lawbreakers,” Mako said. “Duly put on trial and found guilty.” He motioned at the deputies. “Enough of this. Tie her up and let’s head back.”

Clyde and Gergan began to climb down.

Carmody Wells reached up and seized Fargo’s hand.
“Please,”
she begged. “Don’t let them take me. They’ll whip me for sure.”

Marshal Mako let out another sigh. “I’ve never whipped anybody, lady, and you know it.” To Fargo, he said, “She was arrested for stealing and resisting arrest. She tried to stab Gergan, there. And there were witnesses.”

The deputies walked up on either side of her.

“We don’t want to hurt you,” Clyde assured her.

Carmody recoiled like a bobcat at bay. She clawed at Clyde’s face, and he ducked. In a bound, she was past him, but he flung out a leg, and she tripped and fell. Before she could rise, they had her by the arms.

“Gently, boys,” Marshal Mako said. “Don’t hurt her if you can help it.”

Fargo felt sorry for her, but he wasn’t about to buck a tin star without good cause, and from the sound of things, the marshal was only doing his job.

“Come along quietly, Carmody,” Mako said. “It’ll be easier on you.”

Carmody did no such thing. She tugged and pulled and kicked. It was all Gergan and Clyde could do to hold on to her. She landed a good kick on Clyde’s shin that made him
yelp, and she tried to plant her other foot between Gergan’s legs.

Carmody fought harder. She drove a knee into Gergan’s gut, doubling him over, and she was on the verge of wrenching loose from Clyde when Marshal Mako gigged his mount and with a flick of his arm rapped her over the crown of her head with a pistol barrel.

Mako stared at the unconscious form on the ground. “I hated to do that. I truly did.” He hefted his revolver, then shoved it into its holster. “I don’t like hitting women, but she brought it on herself.”

“A man does what he has to,” Fargo said.

“I’m glad you see it that way.” Mako ordered his deputies to bind her, then had them place her belly down over Gergan’s saddle. Gergan was told to ride double with Clyde back to town.

“How about you, mister?” the lawman asked Fargo. “Care to pay Fairplay a visit?”

Mako chuckled. “We have two saloons with all the liquor you could want.”

“Then come ahead,” Marshal Mako said cheerfully. “You’ll find we’re about the friendliest town this side of anywhere.” 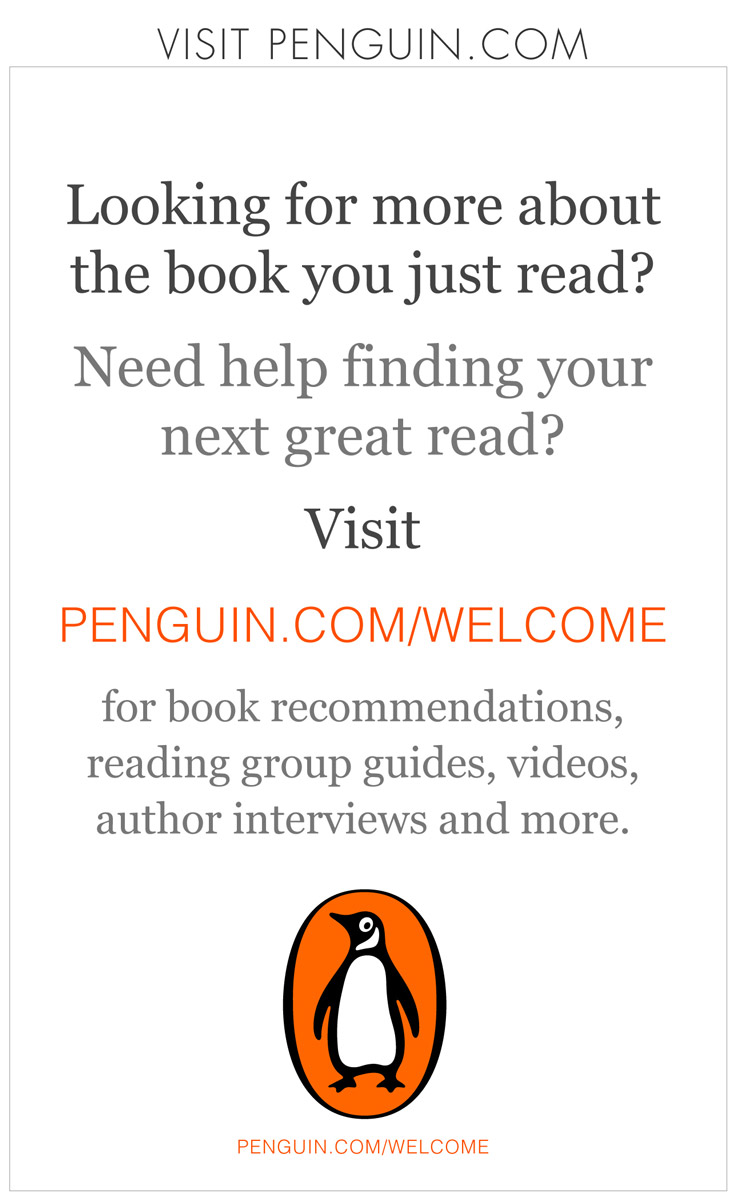