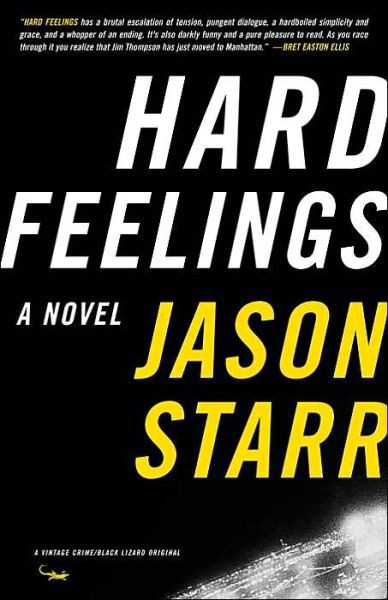 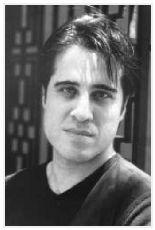 Jason Starr is the author of
Cold
Caller
,
Nothing Personal
, and
Fake
I.D.
He lives with his wife and daughter in New York City.

For Sandy and Chynna

WAITING TO CROSS Fifth Avenue and Forty-eighth Street, I spotted Michael Rudnick, a guy who grew up across the street from me in Brooklyn. He was standing at the front of the crowd on the opposite corner in a black business suit and dark sunglasses, looking in my direction, but apparently not noticing me. He had changed so much since the last time I’d seen him—about twenty-two years ago, when I was twelve and he was seventeen—I guess it was incredible that I recognized him at all. He used to be overweight with horrible acne and frizzy brown hair. Now he was tall, tan, and muscular and his thick dark hair was slicked back with gel.

The DON’T WALK sign changed to WALK and the crowds from the two corners converged. When Michael and I were a few feet apart, I was still looking right at him, waiting to see if he would notice me. He was walking straight ahead, his eyes focused on something in the distance. Then, just as we were about to pass, my shoulder accidentally knocked against his and we stopped in the middle of the crowd. I saw my reflection in his sunglasses—two pale faces staring back at me. I was about to say hello when he grunted in an angry, annoyed way and continued across the street.

At the corner, I turned around to see if he was looking back, but he was gone. He must have already disappeared in the crowd heading toward the West Side.

After I said hi to Raymond, the evening doorman, I retrieved my mail—all bills—and rode the elevator to the fifth floor. When I entered my apartment, Otis started to bark.

“Shut up!” I yelled, but the hyper cocker spaniel continued to yap away, clawing against my legs.

I took Otis for his usual walk along East Sixty-fourth Street, then I returned to the apartment, where I sat slumped on the couch in my underwear, staring at the TV, obsessing about my day at work.

This afternoon I’d had a meeting with Tom Carlson. Carlson was a CFO and decision maker for a hundred-user computer network at an insurance company in midtown. He was running an old-version Novell network and was looking to upgrade to Windows NT and purchase new PCs and servers. It was the third meeting I’d had with him and I should have left his office with nothing less than a signed contract, but when the moment came to close the sale I hesitated and the son of a bitch slipped through my fingers again. Now I would have to call him tomorrow—always a low-percentage way to close business—and try to get him to fax me a signed contract. Carlson was by far my best prospect and if he got away I had no idea what I’d do.

At around eight-thirty, I was still on the couch, ruminating in front of the TV, when Paula entered the apartment in pumps and one of her designer suits. She bent over the couch and kissed me hello, then asked how my day was. Before I could say “horrible,” she said, “I have some great news—I’ll tell you in a sec,” and she went toward the bedroom with Otis trailing her, wagging his tail and barking.

I knew what the “great news” was. Paula’s sister in San Francisco was due to give birth next week and she must have delivered early.

A few minutes later, Paula returned to the living room, wearing shorts and a long T-shirt. Like me, she had been neglecting the gym for the past few years. She used to be thin with toned muscles, but since she had stopped working out she had put on about thirty pounds. She was constantly talking about how she was fat and needed to lose weight, but I thought she looked better heavier—more feminine, anyway. Recently, she had cut her long, straight blond hair to a short bob. Whenever she asked, I told her that the cut flattered her face, making her cheekbones more prominent, but the truth was I missed her long hair.

“She’s not due for another week.”

“Come on, Rich, this is important.”

I shut off the TV with the remote.

“I got a promotion,” she said, smiling.

“Isn’t it unbelievable? I thought for sure Brian would get it—I mean the way Brian and Chris are so buddy-buddy. But Chris called me into his office this afternoon and gave me the great news—you’re looking at the new VP of equity research.”

“I can’t tell you what a relief this is,” Paula said. “For the past few weeks, my job’s been so crazy—I mean working on three reports at once and then having this promotion hanging over me. I just wanted it to be resolved one way or another, but to have it turn out this way is just incredible. You know this means I’ll get a salary increase, too.”

“My base’ll be seventy a year now.”

Ten more than my base, I thought.

“That really is terrific news,” I said.

“I think it’ll really take some pressure off us now. Maybe we could put a little away in savings, pay off the credit cards . . .”

“We’ll have to go out this weekend and celebrate.”

“You want to go out to dinner right now? Come on, I’ll change into some clothes—I could be ready in ten minutes.”

“Come on, when was the last time we went out to dinner? Let’s go to that new Vietnamese place on Third. It’s beautiful out. We could sit at a table outside, order a bottle of wine—”

I was looking away but I could sense Paula staring at me.

“You don’t seem very happy to see me tonight.”

“You don’t seem very happy about my promotion, either.”

“What?”
I said, as if that were totally ridiculous. “What are you talking about? I’m thrilled you were promoted, but I don’t feel like going out to dinner. Is there something wrong with that?”

I turned on the TV again and started flipping stations. Paula sat next to me on the couch, Indian-style, staring blankly at the screen. I could tell she was still angry at me, but I didn’t feel like fighting anymore.

“We have to talk, Richard.”

“You’ve been acting strange lately—the past few weeks anyway. You’ve been very distant, keeping everything to yourself. I think it’s starting to affect the marriage.”

I hated when Paula referred to us as “the marriage,” and how she was always trying to analyze me. She had been seeing a shrink once a week for the past five years and she was always telling me that I wasn’t expressing myself or that I was being “passive-aggressive” or “projecting” or “displacing my emotions” or whatever psychobabble she could come up with.

“I’m really not in the mood for this right now,” I said on my way into the kitchen.

Following me she said, “See? This is exactly what I’m talking about.”

I took a menu for Chinese food out from one of the counter drawers. Last year we’d had the kitchen redone— installing the snack bar, putting down new tile, refacing the cabinets. Home improvements and Paula’s work wardrobe were the major reasons we had over twenty thousand dollars in credit-card debt.

“You can’t just walk away,” Paula said. “When something’s bothering you you have to talk about it.”

“How about shrimp with lobster sauce?”

“You’re upset I got promoted,” she said. “It threatens your male ego—makes the hunter feel like he’s not providing.”

“Stop trying to analyze me, all right?” I said. “I’m ordering. You want something or not?”

“Why don’t you just admit that you resent my promotion?”

“I’m getting you moo shu chicken.”

I ordered the food in the living room. Paula entered and stood facing me with her hands on her hips.

“That you want me to make less money than you.”

“That’s ridiculous,” I said. “The more money you make the better. Make two hundred a year, make three hundred! The way things are going for me, we may need all the money we can get.”

Otis started barking again. I yelled “Shut up!” then I sat down on the couch. Paula sat next to me, waited a few seconds, then said, “How did your big sales meeting go today?”

“How the hell do you think it went?”

She rested her hand on my lap.

“I’m sorry,” she said. “Maybe you should think about quitting.”

“What the hell are you talking about?” I was uncomfortable with her hand on me so I stood up. “You think I can just go in there tomorrow and quit? That’ll look great on my résumé—seven months at the job without making a sale. That’ll sound really great when I start interviewing.”

“Then whose fault is it?”

“There’re lots of explanations you can give,” Paula said. “The company was restructuring, you had personal differences with your supervisors . . .”

“They can smell that bullshit a mile away.”

“But you don’t have to put all this pressure on yourself,” Paula said, “that’s only going to make things worse. Now that I’ve gotten my raise—”

“So you’re getting, what, another fifteen K a year? After taxes, what’s that, eight or nine grand? Whoop-de-fuckingdoo. Have you seen our credit-card bills lately? Face it, we’re living paycheck to fucking paycheck. What happens the next time we want to renovate? Or what about moving out of the city someday? Maybe you’d like to just sell this place, take the hundred-grand loss.”