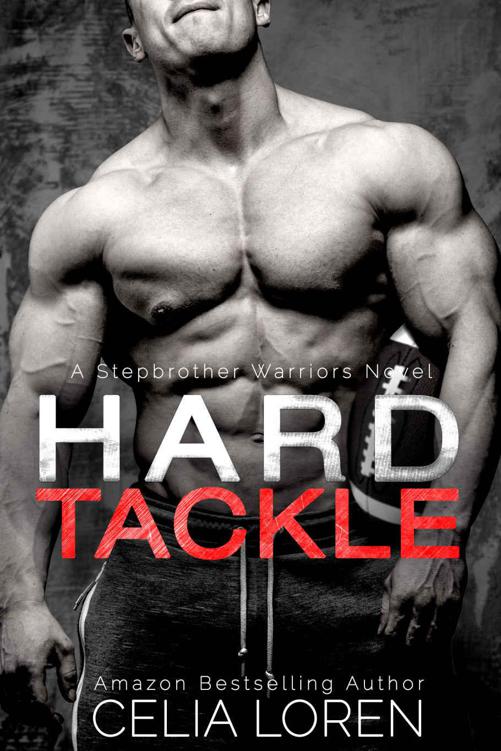 All rights reserved. This
document may not be reproduced in any way without the expressed written consent
of the author. The ideas, characters, and situations presented in this story
are strictly fictional, and any unintentional likeness to real people or real
situations is completely coincidental.

Join thousands of
our readers
on the
mailing list
to receive FREE copies of our new books!

We will never spam you—Feel free to unsubscribe anytime!

Connect with Celia Loren and other Hearts Collective
authors online at:

To keep in touch and for information on new releases!

I stare at the unusually tall man in the in the charcoal
grey suit, his salt-and-pepper hair arranged just so, despite the fact that he
just pulled into the parking lot with smoke leaking out of the hood of his car.
His car is a Bentley, but still. He looks remarkably well-composed as he
scrolls through his Blackberry, glancing up every now and then to the TV
mounted on the wall opposite his corner booth.

We don't get many rich people in here. My mom owns the
place, a small, kitschy diner in South Tampa, almost smack dab in the middle of
the Interbay Peninsula. Old Tampa Bay to the west, Hillsborough Bay on the
right, and ABC Diner lies in the center with no sea breeze from either.

I turn toward the kitchen and frown at our line cooks, Andrè
and Silvio, who are staring at the radio propped on the counter, as if they can
see the football game they're listening to inside its cheap metal exterior.

"Andrè, I've been waiting on a tuna salad sandwich for
ten minutes," I sigh. He glances up at me in faux shock and slaps his
brother on the arm.

"You believe this girl? I've known you since you were
this high," he says, indicating a height about three feet off the ground,
"and you're gonna take that tone with me? With the Buccaneers on the ten
yard line?"

I roll my eyes. When Andrè and Silvio emigrated from Cuba a
couple decades ago, they threw themselves into fitting in with their new
American compatriots, assiduously switching from avid baseball fans to
football. It was a struggle at first, but their presumed duty turned into a
true interest, and now they never miss a game.

"Just give it to Stratton! What are they doing?!"
Silvio cries in his lightly accented Spanish.

My mom walks over from the other end of the bar and pokes
her head through the window. "Don't make me come back there," she
says with a smile. They know she hates having football games playing at all,
but she relented to her customers' wishes and her cooks' passion. Silvio begins
gesticulating toward the radio as he fires off Spanish that goes over my head,
but he grabs a roll from the bag and begins to make the sandwich. The brothers
were the first two hires that my mom made when she bought the diner with the
last of my father's alimony, before he disappeared altogether, and now they're
like family. My mom's always had a good sense when it comes to people. Well,
most people.

I rest my head for a moment on her shoulder. We're both just
under 5'2", so it's rare to find someone else the same size. She has dark,
chestnut brown hair that swings above her shoulder, while I have my father's
thick blonde hair, currently pulled into a haphazard bun on top of my head.
I've thought about dyeing my hair dark to do away with any trace of him, but my
mom always tells me my hair is beautiful and I shouldn't mess with it. At least
I inherited her bright green eyes.

Silvio slides the plate toward me and I turn and duck under
the bar, headed for the rich man in the corner booth, and place it next to his
Diet Coke. Not that he notices; his gaze is now glued to the TV.

"Anything else I can—" I begin, and jump as he
suddenly raises his hand and slams it down on the tabletop. I stare at him,
shocked, as I feel my heartbeat quicken. "Was there—did you—" I
stumble, as I wonder if there's something wrong with his order.
I could have
sworn he said tuna salad sandwich, hold the cole slaw…

"Sorry, didn't mean to scare you," he says in a
low, gravelly voice, as he glances up and notices my expression. "That's
my son."

I turn to glance around the diner and am vaguely aware of
the brothers hollering about the game in the kitchen. "Where?" I ask,
frowning. Surely he can't mean the trucker seated at the bar…

"There," he says, pointing at the TV. "Jack
Stratton is my son." I follow his extended finger up to the photo of a handsome
young man that ESPN is showing next to his stats. The screen cuts back to the
game and I see a hulking man leaping from the end zone to chest bump his
teammates.

"Mmm," I mutter, unable to keep the scorn out of
my voice. I turn around to see a small smile on the man's face.

"Most people are impressed," he says, placing his
elbows on the table outside his plate and templing his fingers. I get the
distinct impression that he's studying me, and I square my shoulders. Driscoll
women don't back down.

"Not me," I reply. He holds my gaze for a moment,
then glances toward the bar.

"This your mother's place?" he asks.

"Yes," I answer warily. There's enough of a
resemblance between us that people have made the connection before, but there's
something about the man's confidence that I find unsettling. And I have a
feeling I know where this is headed.

"My name's Ray. Ray Stratton. I was just heading to
check on some of my properties when my car started smoking, so I figured I'd
grab a bite while I wait for the tow truck. I don't suppose your mother
would—"

"She's not interested," I interrupt and spin
around. My mom walks toward me as I walk back under the bar and away from the
man's penetrating gaze.

"What was that about?" she murmurs, busying
herself by cleaning a glass with a cloth.

"Nothing. He's excited about the game, I guess."

"Good-looking," she observes, glancing over at
him.

"Objectively good-looking," she murmurs with a
smile. "Looks like his water glass is a little empty," she says,
grabbing the pitcher from the bar.

"It does not—" I argue, but she's already off. I
watch her approach the table, her narrow hips swinging. I can't hear what
they're saying from here, but the body language is telling.

I bite the cuticle on the edge of my nail as the sounds of
the radio drift through the window toward me. My wise, beautiful mother is
always losing her otherwise practical head over these brief flings that leave
her emotionally exhausted. I see my mom take the pen out of her apron and write
something on a napkin. Giving him her number.