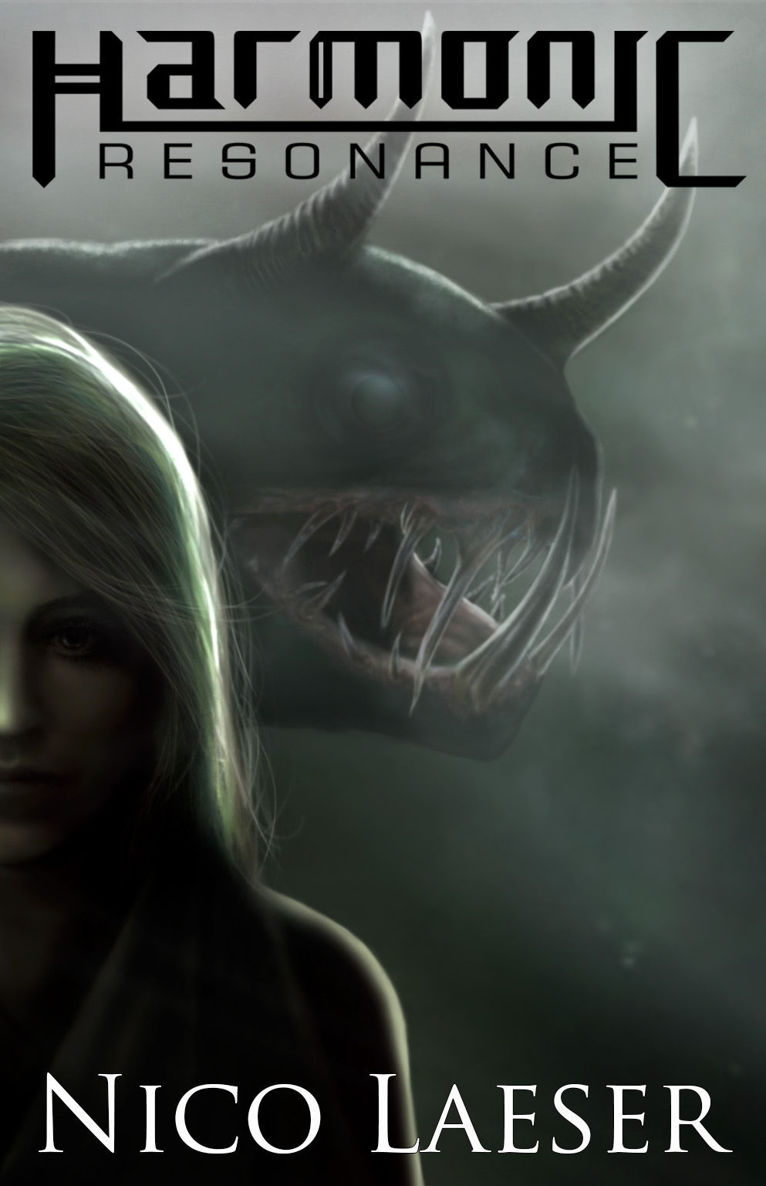 37 | Held together by sticks and string

All rights reserved. This book or any portion thereof

may not be reproduced or used in any manner whatsoever

without the express written permission of the publisher

except the use of brief quotations in a book review

The whole world waits for the gates of Hell to open; at least half of them wait on their knees, praying for it to be quick, praying to a god not even the dead can say exists.

I have done all I can to prepare. All I can do now is wait with the rest. I don’t know if anyone will make it through, or if anyone will ever listen to this recording. I’m sure everyone’s version of events will be different, but the end will most likely be the same for us all. They are everywhere now, strange variations of the basic demonic form—horns, talons, and teeth. They too are waiting for the transition, the next convergence.

My name is Emily. I am twenty-three years old, and I will probably not make it to twenty-four. I don’t know what I’m hoping to achieve with this recording, if anything, but I have no one left to talk to, so you’ll have to do.

I’ve always been a tomboy. That’s what happens when you grow up in a house with only men. A drunk driver hit my mother when I was just six years old. She was killed outright, leaving my dad, my older brother, Sam, and me to fend for ourselves. At the time, I didn’t fully understand what had happened, or what death meant, only that Mom was gone, and she was never coming back. I remember asking if we could visit her, and I remember my father’s reply—how it had broken his heart and mine.

The three of us cried together at Mom’s funeral. Beyond that, the only time I saw my father cry was years later when Sam’s regiment shipped out to join the war. After that, it was just my dad and me in our little farmhouse out in the middle of nowhere.

My dad was an electrician and part owner of T. H. Electrical, a small company run by him and his business partner, Robert Harris. Over the sixteen years in business together, they had worked on almost every residential and commercial property in town, although few of those properties are anything more than charred ruins now.

When I was not in school, my dad would take me to work with him—have me run wire or steady his ladder. I rarely helped with any of the
live
work, mostly just the labor, and always under my father’s supervision. When I left school, I stayed working with my dad. If it hadn’t been just us, I might have gone to university, but with my brother away at war, Dad would have been all alone. He never remarried, or even dated. He was too busy looking after Sam and me. In turn, when it was just us two, I felt like it was my job to look after my dad. Despite weekly offers for me to take the weekend off to go and socialize like everyone else my age, my time was split between helping him at work and taking care of our home. It wasn’t a bad thing; I loved my life, and I loved working with my dad. I miss him.

Seeing this old tape recorder again brings back memories. Sam found it in Dad’s junk drawer and asked if he could have it. He spent the next few weeks playing my preteen tantrums and overly enthusiastic pop song sing-alongs back to me, recorded without my knowledge with the tape recorder inside his shirt pocket or positioned at the gap under my bedroom door. When the novelty wore off, or at least, when he no longer got the desired shrieking response from me, he returned the recorder to the junk drawer, and it remained there for months.

Friday was family movie night, and Sam would always beg Dad to let us watch one of the B-movies listed for the Friday-Night-Fright Marathon. Dad would always give in, and the three of us would sit together on the couch, eating popcorn and laughing at the gratuitous use of red-dyed corn syrup. Very few of the movies were actually scary, and during the ones that were, I would lie, shrug, or roll my eyes when asked if it was too scary, not wanting to ruin movie night.

Often, Dad would fall asleep on the couch, and we would stay up late to watch the next movie. On one such occasion, it had not been a movie, but a documentary about a haunted house. Sam left the room ten minutes into the program after saying it was boring and nothing was happening, but I continued to watch. About halfway through, the team of supernatural investigators set up a tape recorder on the kitchen table, hit record, and began asking questions directed to the haunting spirit. When they played back the tape, there was only white noise, but they explained that the process was called EVP, or Electronic Voice Phenomenon, and sometimes a spirit’s voice can be caught on tape. That night, I had a hard time sleeping, but for once, it wasn’t for fear of B-movie nightmares. I couldn’t stop thinking about the possibility of catching a spirit’s voice on tape, and the possibility of hearing my mom’s voice again.

The next day, I retrieved the tape recorder from the junk drawer and sat with it in my room, trying to think what questions to ask. There had been many things I had wanted to know about my mom, but I had been too afraid to ask Dad, thinking it would upset him or make him think he wasn’t enough. When I finished recording and listened to the tape, there was only a single shaky, high-pitched preteen female voice.
Hi, Mom, it’s me, Emily … can you hear me? ... are you in Heaven? ...

For a week, I recorded and played back my nightly questions and scrutinized the white noise for anything, but there was no voice between my questions, just static. Eventually I stopped listening for messages from the other side and stopped addressing the tapes to my mom; I’d just talk. The tape recorder became my diary, and I filled tape after tape with everything and nothing. There were boxes full of cassette tapes in the attic, each one a sixty-minute excerpt from the daily trials and tribulations of little Emily Tanner.

In more recent years, I recorded on my phone and uploaded the files to my computer, locked in a folder behind a three-letter password. Although I no longer talked directly to my mom, I would think about her when I made my daily entry. I never stopped wondering if Mom could see us from where she was, if she had followed us when we moved to the farmhouse after she died, and if we met again in this life or the next, if she would recognize me. I don’t know, or remember, what she looked like, but I know I look enough like her, that it had caused my dad both joy and pain.

My Dad’s been gone for the better part of a year now, or the worst part. When he didn’t come home, I called his phone. It went straight to voicemail. By noon the next day, my father’s voicemail was full, and he still hadn’t come home. I paced back and forth, working myself into a panic and eventually dialed the non-emergency number for the police. The line was busy. I redialed over and again to hear the same busy signal, even the emergency number was busy, and it remained so until the line went dead, along with all the power in the house. It was the third time in two weeks the power had gone out following a brief surge, and my dad had asked me to stay home because he didn’t trust the old wiring in our house. Whenever there had been power issues, my dad had talked about running new wire throughout the house, but it was a big job and would have to be done all in one go, which meant having to strip all the interior drywall and us having to stay elsewhere for the duration of the job.

The power surges weren’t just at our house. They were happening all over town. The whole grid had gone down each time, and everyone working for Harris and my dad had been on call, working with the power company, trying to fix or replace blown transformers or trying to install back-up systems. Even after the power came back on, the crew was spread thin, and I was left at home with a flashlight and fire extinguisher, on fire-watch, just in case. There were no fires, only temporary darkness.

When the power returned, I tried the police again, but the line was still busy. I charged my cell phone enough to turn on and searched through my contacts. I called Harris and asked if he knew where my dad was, explaining he hadn’t come home. He said my dad had gone to do the power testing at the Davis place, and he should have been in and out in a couple hours. He offered to drive out there to look and promised to call back as soon as he knew anything. An hour later, Harris called back and told me how sorry he was, and there had been an accident.

Harris arrived in the early morning driving my dad’s truck with my dad’s body in the back, wrapped in a drop sheet. He had tried to call the emergency services for hours, but had not gotten through. Harris held me and I cried into his shoulder for what felt like forever. Harris seemed half-crazed, and in shock. He said he didn’t know what else to do; the emergency services were busy, and he couldn’t just leave him there.

We buried my dad that afternoon, no priest, no service, just the two of us in the backyard, in silence. I broke the silence with my offer to drive him back to the Davis place to pick up his car, but he asked me to take him home instead, adding that he would pick up his car in the next few days. On our way to his house, we realized why the emergency services had been busy. From the high roads overlooking the town, we could see the flames and the thick black smoke filling the yellow sky. Around the outskirts of town, the blue and red lights from emergency vehicles strobed the underside of the rolling black canopy of smoke. We stared at the scene, now aware of why no one had answered our calls for help—the whole town was on fire, and the people in it were fighting a losing battle against the flames and dealing with their own dead.

Murder in the Collective by Barbara Wilson
Lily of the Valley in May by Clare Revell
Safe House by Chris Ewan
Beth Andrews by St. Georgeand the Dragon
Gimme More by Liza Cody
Hawk and the Cougar by Tarah Scott
Away in a Manger by Rhys Bowen
Anywhere by Jinsey Reese, J. Meyers
Falling Stars by Charles Sheehan-Miles
McCade's Wish (The McCade Family Series Book 2) by McBain, Mara
Our partner