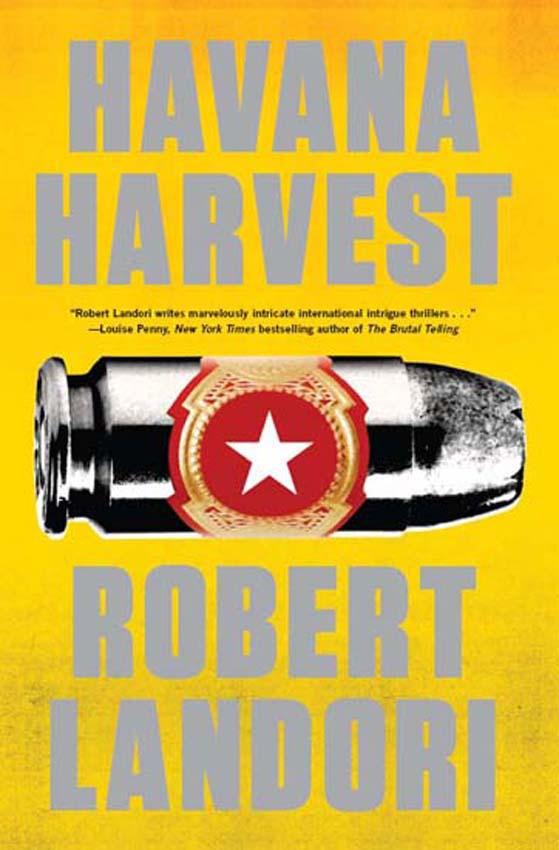 “Robert Lonsdale, the protagonist in
Havana Harvest
, tries hard to defend against treachery within the ranks of his colleagues in his quest to save an innocent man from certain death. He is a very ‘simpatico’ fgure to whom it's easy to relate. This story would make a damned good movie.”

“
Havana Harvest
is a riveting page-turner full of exciting action that plays out against a very sophisticated international background. I couldn't put the book down.”

“
Havana Harvest
gives an exciting, fictionalized insight into how the Castro brothers attempted to perpetuate their control over Cuba. A page-turner, it is very topical, given what is happening within the Cuban leadership today.”

—LaFlorya Gauthier, author of
Whispers in the Sand

“Landori writes with the authority of someone who has been there. He is skilled at character development, portraying the passions and philosophies that motivate the protagonists.” 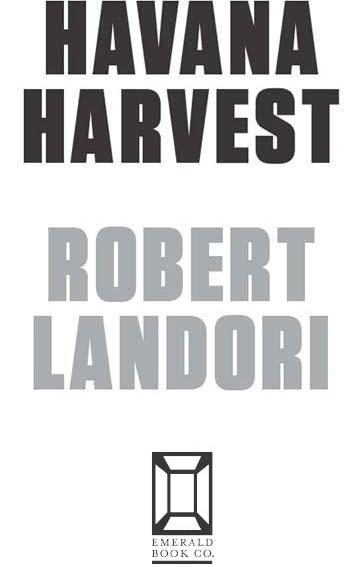 This book is a work of fiction. Names, characters, businesses, organizations, places, events, and incidents are either a product of the author's imagination or are used fictitiously. Any resemblance to actual persons, living or dead, events, or locales is entirely coincidental.

All rights reserved under all copyright conventions.

No part of this book may be reproduced, stored in a retrieval system, or transmitted by any means, electronic, mechanical, photocopying, recording, or otherwise, without written permission from the publisher.

(Prepared by The Donohue Group, Inc.)

To: Adam, Eliana, Jarek and Daimen

This novel is based on events that took place in the late 1980s, embellished to make the story more exciting.

In the mid-1960s Fidel Castro made it his business to support leftist guerrillas in the trouble spots of the world because he had to—his masters, the men in the Kremlin, insisted that he do so. To please them, Cuba created a superbly trained and well-equipped mercenary army that it rented out to those who needed it.

Fidel's soldiers fought side-by-side with the locals in Ethiopia against the government, in Angola against the South Africans, in Nicaragua against President Somoza's forces, and in Grenada against the United States.

Cuban military advisors were also present in Jamaica, and among the guerrillas in Argentina, Venezuela, Bolivia, Peru, and Ecuador.

In 1984 rumours reached the CIA and the DEA that the Cubans had become involved in narcotics and money laundering. At first these were discounted; Castro was still considered by Western intelligence agencies to be a man of scruples.

Then, on June 14,1989, the state-controlled Cuban press announced the arrest of an army general, a deputy minister of the Interior, and twelve accomplices. All stood accused of high treason and of having participated, for their own personal benefit, in drug and money-laundering operations involving Colombian, Panamanian, and U.S. citizens.

In early July the accused were tried in public by a special military tribunal and found guilty without exception. Sentence was passed on July 10. Four of the accused, including the army general and the deputy minister of the Interior, were condemned to death by firing squad, six were sentenced to thirty years in prison each, three to twenty-five years in jail, and one to ten years of “deprivation of liberty.”

The death sentences were appealed to the Cuban National Assembly, which upheld them. On July 13, 1989, those condemned to death were shot.

Captain Francisco Fernandez Ochoa recognized the woman sitting behind the counter as soon as he entered the stationery store. She was striking, even more attractive in real life than in the photo he had seen of her.

“Buenos dias, Señorita.” He tried to make himself sound as Mexican as possible.

“Buenos dias, Señor.” She gave him a friendly smile. “How can I be of assistance?”

“Do you have a
special
hardcover copy in Spanish of
A Businessman's Guide to the Cayman Islands
?”

Her eyes flickered. “What year?”

She stood up and locked the drawer of the cash register. “Let me see what I can do for you,” she said and headed for the racks.

“Puta madre
, but it's hot,” Fernandez murmured as he wiped his face with the large handkerchief he kept in his back pocket. He was wearing a T-shirt with “Team Mazda” emblazoned on it; long, baggy shorts; and loafers. He looked like a typical tourist visiting from Florida, except that he hailed from Matanzas in Cuba.

The woman was back in less than a minute.

“I am sorry, Señor, but I could only find an English version. Will it do?” The smile was gone; her look was professional, cold.

“I suppose so,” Fernandez pulled out his wallet. “How much do I owe you?”

“Thirty dollars,” she replied in English.

Fernandez paid without a word and left.

After the store's air-conditioned coolness, the midday heat seemed almost too much to bear, but Fernandez had to make sure no one was following him. He walked about downtown George Town for a quarter hour, sweating while he pretended to window-shop. “Downtown” in Grand Cayman meant a group of buildings measuring ten blocks by eight, a small area, yet containing the headquarters of more than three hundred banks and innumerable lawyers' and accountants' offices.

“Ladrones todos”
he muttered under his breath, then thought about it and added, “but what do I care? In a way, I'm a thief too.”

He passed the Cayman Arms, the pub favored by local professionals and explats, and then turned right and headed toward the waterfront. By the time he reached the parking lot where he had parked the rented Honda Civic, he was satisfied that no one was following him. He got into the car and drove back to the Holiday Inn where he had stayed the night.

He waited until he was inside his hotel room with the door locked securely behind him before folding back the front flap of the book's dust jacket. There, in the lower left-hand corner of the cover, in small, neatly penciled script resembling a catalogue listing, was the number he needed: 02-110-7063-3214.

It took him only a few seconds to decipher the coded information. The first set of numbers indicated the type of currency in the account. The “02” meant U.S. dollars. The following three numbers stood for the account owner's domicile; 110 meant Venezuela. The next set of numbers indicated the account number, and the last four digits corresponded with the number of one of several passports he was carrying. As he had expected, the designated bank was the Bank of Credit and Commerce International in George Town.

Fernandez tore the number from the cover and flushed it down the toilet. He slipped into his swimsuit, and headed for the pool. A powerfully built, well-tanned, thirty-nine-year-old, his body formed straight lines from his barrel chest through his powerful hips to his muscular, stocky legs. His deceptively mild-looking dark brown eyes gazed out of a pleasantly square face with a well-defined jawline. Thick, black hair and a bushy mustache rounded out the Latin American look. Five feet eight inches tall, he had the fluid grace of movement of a well-conditioned athlete, which in a way he was. Twelve years of professional soldiering in Cuba's mercenary army, with tours of duty in Ethiopia, Nicaragua, and Angola, had made him tough, focused, and savvy.

Barely winded after a vigorous fifteen laps, he toweled down then ordered a club-sandwich and a “Greenie,” the local name for a Heineken beer. When his meal was finished, he collapsed into an easy chair at the poolside with a satisfied groan. The temperature was in the high eighties, but a cool ocean breeze made the air feel comfortable. Fernandez relaxed, luxuriating in the tropical sun.

Breathe by Kristen Ashley
The Physiognomy by Jeffrey Ford
A Summer To Remember (Seasons of Love & Lust Book 1) by Selene Chardou
The Girl With the Dragon Tattoo Trilogy Bundle by Stieg Larsson
A Radical Arrangement by Ashford, Jane
Forsaken by R.M. Gilmore
Rub It In by Kira Sinclair
Cherished by Barbara Abercrombie
Shattered Dreams: A Midnight Dragonfly Novel by James, Ellie
The Buckhorn Brothers Box Set: Sawyer\Morgan\Gabe\Jordan by Lori Foster
Our partner