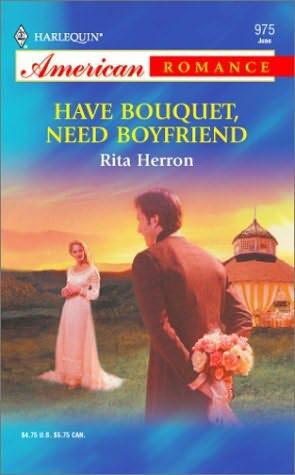 Shy, mousy Rebecca Hartwell had a shocking secret - she was in love with

hopeless, but when the latest Hartwell bridal bouquet landed smack on

surprises, she suddenly had an outrageous idea. Dare a shy virgin ask

her secret crush to father the baby she yearned for?

He’d been burned by a Hartwell before, but Thomas couldn’t get Rebecca

off his mind. The quietly lovely woman blushed fiery red every time they

met. She was hiding something?and uncovering it might just be the cure

for this doc’s jaded heart and soul!

What a spectacular lineup of love stories Harlequin American Romance has

for you this month as we continue to celebrate our th anniversary.

Start off with another wonderful title in Cathy Gillen Thacker’s

Templeton is used to getting whatever-whomever-he wants! But has he

finally met his match in one beguiling single mother?

Next, Fortune’s Twins by Kara Lennox is the latest installment in the

MILLIONAIRE, MONTANA continuity series. In this book, a night of passion

leaves a “Main Street Millionaire” expecting twins-and has the whole

town wondering “Who’s the daddy?” After catching a bridal bouquet and

opening an heirloom hope chest, a shy virgin dreams about asking her

secret crush to father the baby she yearns for, in Have Bouquet, Need

miss Inherited: One Baby! by Laura Marie Altom, in which a handsome

custody of the adorable orphaned baby left in his care.

Enjoy this month’s offerings, and be sure to return each and every month

book is stolen property. It was reported as “unsold and destroyed” to

payment for this “stripped book.”

To all my fans who wrote me wanting more of the Hartwells. Hope you enjoy!

Copyright© by Rita B. Herron.

All rights reserved. Except for use in any review, the reproduction or

electronic, mechanical or other means, now known or hereafter invented,

including xerography, photocopying and recording, or in any information

storage or retrieval system, is forbidden without the written permission

name or names. They are not even distantly inspired by any individual

known or unknown to the author, and all incidents are pure invention.

This edition published by arrangement with Harlequin Books U.S.A.

®and TM are trademarks of the publisher. Trademarks indicated with ®are

registered in the United States Patent and Trademark Office, the

Canadian Trade Marks Office and in other countries.

Visit us at www.eHarlequin.com Printed in U.S.A.

twelve, but didn’t think real people grew up to be writers. Now she

writes so she doesn’t have to get a real job. A former kindergarten

teacher and workshop leader, she traded her storytelling for kids for

romance and writes romantic comedies and romance suspense. She lives in

Georgia with her own romance hero and three kids. She loves to hear from

readers so please write her at P.O. Box , Norcross, GA -

or visit her Web site at www.ritaherron.com.

-SEND ME A HERO -HER EYEWITNESS -FORGOTTEN LULLABY -SAVING

HIS SON -SILENT SURRENDER! -MEMORIES OF MEGAN -THE CRADLE

Don’t miss any of our special offers. Write to us at the following

address for information on our newest releases.

myself when I was your age. You were the first of Bert daughterd, the

between him and your mother.

But you were the one who suffered the most when your mother died.

Although your own heart was aching, you pushed your feelings aside to

comfort your father and your little brother in their sorrow.

You showed such strength that the rest of us gained courage from you.

But when you retreated to that silent place where you grieved, you never

Always steady and strong, dependable and caring, you are loyal and

trusting to a fault. Believe in yourself now, Rebecca. Take time to

nurture your own dreams and talent, and love yourself the way you love

I wish for you happiness, true love and a man who will give you all the

joy a partner can.

“Who’s getting married next?” Alison Hartwell Broussard waved her bridal

bouquet of roses in the air in open invitation, looking pointedly at her

A few shrieks answered in reply. “Me!”

A quiver of longing rippled through Rebecca, but she remained silent,

beneath the sprawling branches of a live oak. She was the least likely

to tie the knot.

Her model-gorgeous sister, Suzanne, would probably be next. That is, if

she ever decided to settle down with one man. Right now, marriage and

Rebecca was the very opposite.

She ached for marriage. For one man to love her and hold her and make

her feel special. To give her a child.

Unfortunately, the man she yearned for happened to

be Thomas Emerson, a man who had once been engaged to Alison.

A man who had his pick of women in town. A man who might still be in

Well, except for the time she’d dropped an entire platter of pastries on

his head at Vivi Broussard’s wedding. He had gazed at her through the

biggest klutz in the world. Which she was.

Especially when she got nervous. And being around Thomas Emerson made

“Come on, ladies, line up.” Alison stepped beneath the trellis of roses,

air. “Brady and I are ready to leave. He’s finally promised me a

honeymoon.” She slid her arm around Brady’s waist. “I only had to marry

him twice to get it.”

of their own honeymoons.

Brady slung an arm around his new wife. “Honey, it’ll be worth the wait.”

Mountain at Grammy Rose’s, and their husbands obviously doted on them.

She wanted that kind of love, that mind-altering, earth-shattering bond

But every time she got physically close to a man, she lost her cool.

Rational conversation fled, and she stumbled all over her size-seven

feet. And sometimes, God help her, sometimes she even stuttered.

“Becca, come on.” Suzanne jerked her toward the small crowd of women

gathering on the lawn, their long dresses fluttering in the wind. “Angie

and Caitlin are about to attack Alison for those flowers.”

Alison. Although the twins shared a sibling rivalry born of being

identical, they also shared a loving sisterhood, as did Hannah, Mimi and

Alison. For some reason, she and Suzanne had never quite had that

Probably because they were so different.

old baby to her chest. Rebecca’s own biological clock beat inside her

But a husband had to come first.

“Back to earth, Becca.” Suzanne waved her hand in front of Rebecca’s

eyes, but Thomas gazed their way, and Rebecca froze. A frown marred his

lips, his charcoal-black hair gleaming in the early evening light. The

immediate pull of attraction that engulfed her slid through her nerve

endings, sending a frenzy of delicious sensations spiraling through her.

Sensations that paralyzed her.

His six-foot-plus muscular frame filled out his dark suit. His broad

sparkle of laughter normally present in his light-green eyes was

replaced by a dark, faraway look, arousing her curiosity. Was he wishing

Alison had married him instead of Brady?

Contemplating going to him and offering a comforting hand, Rebecca

started across the lawn. But her heel caught on a twig. She took a step

forward and nearly plunged to the ground. Yelping, she reached for

something to steady her, or at least break her fall, but found nothing

to hold on to, not a chair or a tree or a table in sight. Thomas pitched

forward as if to break her fall, although he wasn’t near enough to reach

her, but Suzanne, ever the graceful one, slid a long manicured hand

A fraction of a second later, Thomas raised his gaze, the dark intensity

disappearing as a slow smile spread across his face.

Suzanne poked her. “Wow, who is that hottie eating the groom’s cake?”

If Suzanne wanted him, even though she lived miles away in Atlanta, she

would have him. Suzanne always got what she wanted.

“Thom-Thomas Emerson, the OB-GYN-” She took a deep breath to steady her

voice. “He works with Hannah.”

Suzanne whistled beneath her breath. “Whew, a girl might be tempted to

tear up her little black book for him.”

He had to be looking at Suzanne. Everyone stared at her dark-haired,

incredibly exotic-looking sibling. Not that she could blame them.

Suzanne was beautiful. Dazzling. Mesmerizing. And, darn it, she was even

nice, so Rebecca couldn’t hate her. Suzanne didn’t try to get all the

attention. People were just drawn to her.

wire-rimmed glasses. The impossibly shy one who couldn’t talk or walk

without tripping over her own tongue or feet.

soared through the air, bouncing first from Caitlin’s hands to Angle’s,

then finally landing with a thump on Rebecca’s head. She reached for the

arrangement, but the ribbon caught on the stem of her glasses, dangling

over her eyes, blinding her, and a thorn from the rose stabbed her finger.

with the bridal bouquet. She was such a sweet, fragile-looking woman

that his battered heart lurched every time he saw her.

But he refused to get involved with another woman right now. Even

kind-hearted blondes with big blue eyes and curves that might be sinful.

That is, if she didn’t hide them beneath those baggy dresses.

He pulled at his collar, a bead of sweat trickling down his neck. This

rash of weddings lately had definitely affected him, probably the reason

he’d proposed to Alison a few months ago. But in retrospect he realized

he wasn’t ready for marriage.

Instead he intended to focus on his career. Although he currently shared

a practice with Hannah Hartwell, he had bigger goals. The very reason

Rebecca in the first place. Not because he was attracted to the shy

Rausch & Donlon - Can Be Murder 01 - Headaches Can Be Murder by Marilyn Rausch, Mary Donlon
Now You See Me by Kris Fletcher
The Shadow of the Torturer by Gene Wolfe
Moonlight Captivation [Moon Shadows Book 1] by Angela Castle
Dangerous Race by Dee J. Adams
The Devil in the Flesh by Raymond Radiguet
Hot Summer's Knight by Jennie Reid
Anatomy of a Single Girl by Snadowsky, Daria
The Sorrow of War by Bao Ninh
Falling to Pieces by Garza, Amber
Our partner