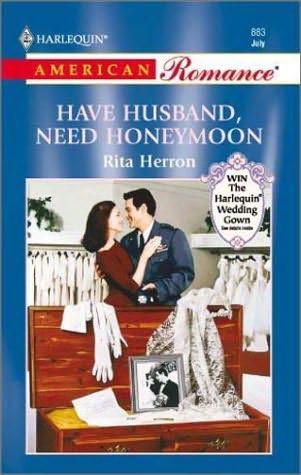 Alison had expected them to jump up and down and start making plans right away, so their lack of exuberance surprised her, especially since they were sitting in the middle of her bridal shop, Weddings to Remember. Every time they gathered here, they talked about weddings. Hannah’s wedding to Jake Tippins, a sexy cop who’d almost arrested their father. Mimi’s wedding to Hannah’s ex-fiancé, Seth Broadhurst. The fact that Hannah had fixed Alison up with the handsome obstetrician gynecologist the minute he’d driven into town. The fact that Alison had caught the bouquet at Mimi’s wedding. The hope chests their grandmother Rose had sent them that had seemingly been a catalyst for choosing their mates – and for the craziness in their lives.

Mimi, folded hands across the bulging mound of her pregnant belly, kicked off her shoes to reveal swollen ankles. “Yeah, he has a good sense of humor.”

Hannah straightened the stack of bridal magazines on the round table between them. “And all his women patients love him.” She frowned. “I don’t mean they’re in love with him, I—”

“I know what you mean,” Alison said.

“He
is
an OB-GYN.” Mimi wrinkled her nose. “Let’s hope his women patients love him. After all, he doesn’t have
men
patients.”

Mimi laughed at her own joke, and Alison and Hannah both shook their heads.

“Come to think of it,” Mimi continued, “marrying a gynecologist would be kind of weird. Do you think he ever gets tired of—”

“I’m sure he gets tired of that
question
,” Hannah said, cutting her off.

Mimi giggled mischievously and grabbed Alison’s hand, checking her third finger. “No ring, huh? What is he, cheap or something?”

Hannah frowned at Mimi. “So what did you tell him, Ali?”

Alison picked up a piece of baby’s breath and brought it to her nose, inhaling the sweet scent. She loved all the smells in her shop – the lilac-scented spray she used to lighten the air, the fresh flowers in the entryway, the potpourri in the crystal dish beside the display of bridal books. “I haven’t given him an answer yet.”

“I told him I needed time to think about it.”

Mimi nodded, her rosy lips pursed. “Not sure he’s the one?”

“Well, he’s rushing it, isn’t he? You two have only been dating a couple of months,” Mimi said.

“This coming from you?” Alison asked dryly. “The woman who went from thinking Seth was boring to a torrid affair in a matter of hours?”

They both glanced at Mimi’s belly. Mimi grinned, a wicked glint in her eyes. “Okay, well, sometimes being in a hurry isn’t so bad.”

Hannah stood, shaking her head at Mimi. “Sorry, girls, I have to get back to the clinic.”

“And I have to meet Seth at the coffee shop. He’s bringing a group over for role playing in the Book Nook section.” Mimi struggled to pull her bulky weight up from the chair, accepting Hannah’s outstretched hand with a sigh. “I guess I could play a whale or an elephant if they need one.”

Mimi rolled her eyes and smiled. “Just wait, payback will be fun, sis.”

“No,” Hannah said softly, a sheepish look on her face. “But someday. We’re having too much fun together right now.”

They all laughed, and Alison pointed to a large box in the corner. “I’d better get busy, too. I need to unpack that shipment before Vivica drops by to discuss her wedding.”

“You used to have a thing for him, didn’t you?” Mimi asked.

“That was a long time ago,” Alison said.

“Is he coming for Vivica’s wedding?” Hannah asked.

Hannah’s beeper zinged and she checked the number. “Now I really have to go.” She tucked a strand of Alison’s hair behind her ear, her big sister role firmly in place. “Take your time thinking about the proposal, sis. I like Thomas a lot, but don’t let him push you into something you’re not ready for.”

“Yeah, he’s got to be the one that lights your fire and keeps it burning all night long,” Mimi added.

Would Thomas do that? Alison wondered. So far, she hadn’t felt that animal magnetism. When Hannah had first described him, she’d expected him to knock her socks off with sex appeal, but instead he’d sort of tickled her socked toes with his nice friendly smile. Still, their friendship would make for a good stable marriage, she rationalized. And she was ready to settle down.

Instantly Brady Broussard’s face rose in her mind. Her body automatically tingled, bittersweet memories assaulting her. The dates in high school. The prom. The night they’d secretly gotten married. Brady had certainly made her burn all night, like dancing the mambo instead of a waltz. And in spite of the immediate annulment her father had insisted upon, Brady had kept the embers hot for three years with his romantic letters and promises to return. But the fourth year he’d suddenly stopped writing, and it had been like cold water dousing the fire. He’d broken her heart so badly she’d thought she’d never recover.

Hannah smiled slyly. “This is one time I agree with Mimi. Friendship’s nice, but the sparks are important, too.”

“You two are so mushy about those husbands of yours it’s unbelievable.”

Alison hugged them both and tried to banish thoughts of Brady from her mind. Maybe Thomas would help her forget him. So what if fireworks didn’t explode when he kissed her? The pain wouldn’t be so bad if things didn’t work out. She’d only been thinking about Brady because she was coordinating his sister’s wedding. Not because she was still in love with the man.

No, Thomas was a great guy – fun, easygoing. And he and Vivica’s fiancé were best friends, so the four of them could double date.

“You don’t want to tell him yes, then run from the altar like Hannah did.” Mimi dragged Hannah toward the door. “Of course, I wouldn’t have a husband right now if Hannah hadn’t jilted Seth.” The girls laughed again and Alison waved them off.

A few minutes later, Alison stared at the contents of the crate, a mixture of awe and apprehension engulfing her. When she’d caught the bouquet at Mimi’s wedding, she’d whispered to her grandmother, telling her about Thomas’s proposal.

Now her hope chest had arrived.

Her Grammy Rose was probably already pruning the flowers around the gazebo for the wedding, and Alison hadn’t even accepted Thomas’s proposal!

She ran her hand over the hope chest, her heart fluttering. It was a beautiful, gold-embossed chest with intricate hearts carved on the outside, similar but slightly different in design from Hannah’s and Mimi’s. When Hannah and Mimi had received their chests, their lives had spun topsy-turvy out of control.

Alison’s fingers trembled as she unfastened the latch.

Would her life do the same?

Brady Broussard settled into his assigned seat on Flight 1213, rubbed his throbbing leg and tried to straighten it in front of him in the narrow space, then punched his sister’s number on his cell phone while he waited for the other passengers to board. Vivica’s phone rang twice, then she answered in her normally cheerful voice.

“Brady! How are you feeling? Where are you? Are you on your way?”

“Whoa, slow down.” He chuckled, feeling his throat thicken with emotion. Thank God for Vivica; he hadn’t realized how much he needed her until now. And not just for the physical therapy she’d promised to help him with. “I’m okay. I made the flight to
Washington
. I’ll spend the night there, then fly home tomorrow.”

“Super! You’ll be here in time for the parade!”

Oh, hell. He’d been gone from Sugar Hill so long he’d forgotten about the big Fourth of July festivities. He didn’t want to disappoint Vivica, but he didn’t intend on joining the activities. Sugar Hill always celebrated with a parade, crafts for the kids, pony rides and fireworks.

“Look, Vivi, I’m coming home to recuperate, not to socialize.” His hand automatically went to his pocket, where he still kept two of Alison’s letters.

She was the only woman he’d ever loved or wanted.

But he wasn’t the same man he’d been when he’d left Sugar Hill years ago. He never would be again.

“No, Brady, you look. All your old friends will want to see you. You haven’t been back since you joined the Air Force, and that’s been almost four years.”

“I know.” After his father’s death, he’d hated coming home. And Alison had been away at school anyway. He wouldn’t be back now if he hadn’t been injured in a recent crash and been forced to take a medical leave to recover from the wounds. But his best friend had died right next to him. He wasn’t sure he’d ever recover.

Because he was partly at fault.

“Just promise me you won’t tell Mom I’m coming. I don’t want her making a big deal out of my arrival. We’re going to focus on your wedding.”

“All right, all right. As a matter of fact, I’m on my way to see the wedding coordinator now. I’m so glad you’ll be here to run interference between me and Mom.”

“Being her usual self.” Vivica sighed. “She means well, but I want a simple wedding and I’m afraid she’ll let things get out of hand.”

Their mother could be pushy. After their father’s funeral, she’d pressured Brady to take over his father’s print shop, not join the Air Force. But he’d refused because he’d been gung ho to be a fighter pilot like his dad had been in his early years.

Now Brady didn’t know what he was going to do with his life.

Vivica was chattering away about her wedding plans, something about whether or not to invite their great-aunt Bernadette, who had a penchant for pick-pocketing, and he tried to focus. He was glad Vivica had found happiness.

“I can’t wait to meet this guy,” Brady said. “He’d better be good to you. I’d hate to have to beat him up. I learned some pretty good moves in training.” Only he was too out of shape to use them.

Vivica laughed and assured him he’d like Joe. Then Brady hung up. He had to get some sleep. He just prayed that this time when he fell asleep, the nightmares of the accident wouldn’t return to haunt him.

Alison slowly unfastened the latch to the hope chest and peeked inside. A pale gold envelope sat on top of mounds of gold tissue. She pulled out the stationery and smiled at her grandmother’s loopy handwriting.

The Campaign by Carlos Fuentes
The Middle Stories by Sheila Heti
we were one once book 2: "A Dark Romance" by Willow Madison
Angels of Music by Kim Newman
A Week in the Snow by Gwen Masters
Eros Descending: Book 3 of Tales of the Velvet Comet by Mike Resnick
Star Trek: The Next Generation - 020 - Q-In-Law by Peter David
Darkness Falls (Darkness Series Book 3) by Drake, J.L.
Darklove by Elle Jasper
Desde el jardín by Jerzy Kosinski
Our partner