Have You Seen Ally Queen? 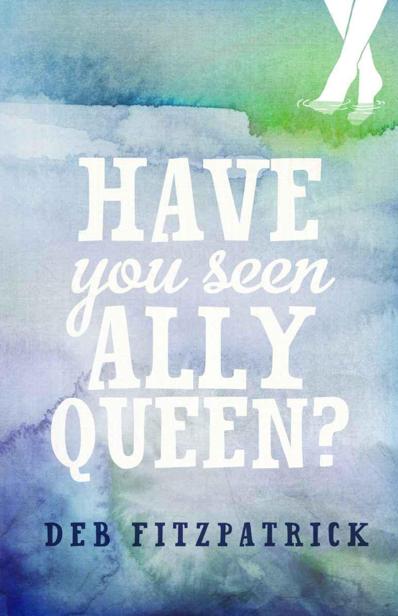 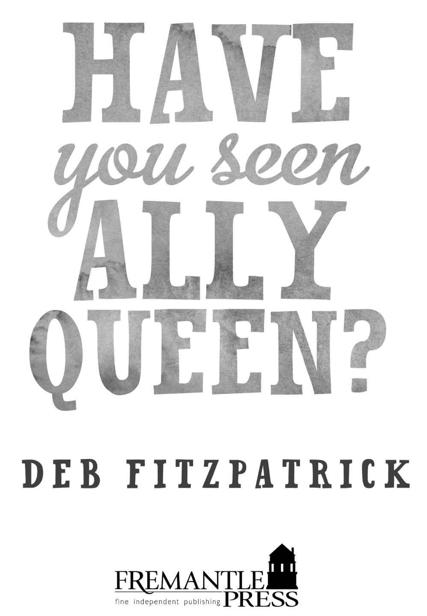 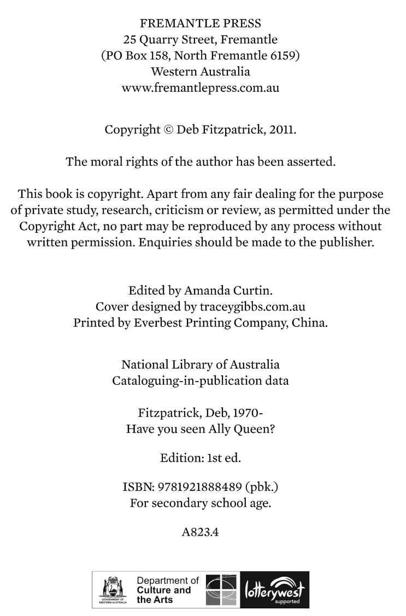 BARBIE GOES TO THE BEACH

LIGHT AT THE END OF THE TUNNEL OF SHITE

I have survived. Today was my first day at this new school. I feel like I’ve run a cross-country or something; I’m exhausted. I drop my bag outside our house and head down to the beach. I don’t feel like answering Mum’s questions about how it went—I just want a bit of space.

My feet sink deep into the cool sand and it takes ages to make headway through the dunes between our place and the beach. I stop to rest for a while, and plonk down on a steep section. I make bum-shaped dents in the sand and look out.

New schools aren’t such a big deal—some kids move every couple of years, don’t they? But I’ve gone right through to Year 10 at the same school, and now this. It’s the first time for Jerry, too. We’ve changed schools
and
towns. Well,
regions,
actually. Sometimes I feel like we’ve changed mums, too. Which is weird,
because we haven’t. I didn’t want all this change, I really didn’t. It’s messed everything up.

We shifted in to our new place a couple of weeks ago, at the start of the school holidays. Mum and Dad brought us down here for a weekend a few weeks before that, to introduce us to the new house and show us around Melros a bit. That didn’t take long. The whole of Melros is about four streets, and one long beach. There are no shops. A fat row of sand dunes separates the houses from the water. Jerry was really amped that first weekend about the fishing potential. I was too, secretly, but I’m not sure anymore if I should keep going out fishing with Dad and Jerry. I mean, it’s not very
teenage girl,
is it?

One thing I’m glad of (if you have to choose something): we moved during the holidays. So I started at Peel at the beginning of fourth term, when there were a few other new kids, too, not just me. There’d be nothing worse than walking into a classroom one morning right in the middle of term.
Right, everyone, I’d like you to meet someone new to our school. Alison Queen. I hope you’ll make her very welcome.
And to have to put up with those
queen
jokes, the snickering. Very welcoming.

I looked around the class this morning—without looking like I was looking—for anyone who seemed like my kind of person, for someone to hook up with, but everyone seems all set with their mates and groups. Quite a few of the girls are wearing stacks of make-up. One chick’s hair is streaked like a rainbow, with the full range of colours. I guess it’s going to be a long term. I s’pose I can just spend lots of time doing homework and stuff till it gets easier.

I shake my head, as if that might help me clear it. It doesn’t. It just makes me feel even more frazzled. I look across the ocean as far as I can, and try to blank it all out.

Mum tried to talk to me today but I didn’t want a bar of it, as she would say. Big Talk. Then she went off looking tragic. I heard her blabbing to Dad about it in the bedroom. She’d been trying to tell me not to worry about make-up, she said, how it clogs up your skin. Filling me in on feminism. What a load of frogshite. Like
she’d
know about make-up and feminism. Look at her, making us come down here, out in the sticks.
That’s
feminism, isn’t it. Being away from all your friends and cooking country stews every night of the week. We used to have pizzas and stuff, even HJs sometimes! But now she’s all gingham shirts and vegie patch. She’s even trying to make Dad get us some chooks. Reckons it’s good for the garden. Now that’s one thing I know for sure: chooks
don’t
live near the beach.

I go down to the beach at sunset. The sand flicks back at my calves, stinging and tickling. The dunes go up and down like sandy waves. I climb and sit on the
highest one, like yesterday, and the day before that. The coast is the one good thing about this place, I reckon.

Sometimes roos hop through the scrub behind me. I never thought of roos as beach critters before we came here; I thought they lived in the dry bits of Australia, in the red dust. But here the roos come right up to the last row of dunes before the water. They stick their heads up over the scrub for the view, and watch for a bit before turning back.

Sometimes I go all the way down and sit on the cool, wet sand at the edge, soaking a dark patch on the back of my uniform, and wait for the seal to come back. I’ve only seen it once. I couldn’t believe it, it was rolling and clapping and arcing in the water out by the reef. Sleek and beautiful, just playing. No one else saw it, and I didn’t tell anyone. Not that I have anyone to tell—small detail. Only Jerry, and everyone knows you don’t tell stuff like that to your poxy little brother, who comes into your room at night just to fart, and then slams the door and runs away.

That’s Dad and Jerry coming back now from Tims Thicket. Bet they haven’t caught anything. They went off carrying on like Rex Hunts, with buckets and blocks of bait and PVC pipes. Jerry spent all last night
after dinner making gangs. Like they’re gunna catch anything that big.

Mum runs out to them. Feminist.

They come in, all fishy smelling and roughed up by the wind.

I get the same smirk back from Jerry. ‘Salmon!’ he shouts, hopping all over the kitchen like the little kid that he is. ‘We caught a salmon!’

Dad ruffles his hair. What is this, an ad for Country Road or something?

‘This is gunna be good, living here,’ Dad says. ‘First pick of the salmon every run.’ He’s grinning and brown and salty, and his lumberjack shirt’s got blood on it.

Mum looks at me. Suddenly everyone’s looking at me, slightly crazily. Grinning, smelling, and with big hair.

‘What?’ I say. Why am I copping all the attention?

‘Don’t call me that!’ I say, and I know I’m going to cry. I can’t believe it. I run out again, even though I only just got back, leaving them standing there in the kitchen with their stinky salmon.

I catch the bus to school here. As if living in the sticks isn’t bad enough! Having to be a
bus kid
in the sticks—it’s hideous. There’s only a handful of other kids still on it when I get off. Poor buggers. How much further away could you live? In Perth, I used to ride my bike but Peel Senior High is fifteen ks away. On the way to school, Shel and Zoe and I would swing by the deli and get a whole heap of snacks, which we’d ration out for the rest of the day. Caramel buds, green snakes and my favourite, Killer Pythons. Bet they wouldn’t even know what a Killer Python is here.

My Formerly Hot Life by Stephanie Dolgoff
Dead Sleeping Shaman by Elizabeth Kane Buzzelli
Pearl Harbor by Steven M. Gillon
Under the Blood-Red Sun by Graham Salisbury
The War With The Mein by Durham, David Anthony
Don't You Want Me? by Knight, India
2010. Odisea dos by Arthur C. Clarke
Blue Waltz by Linda Francis Lee
Like It Never Happened by Emily Adrian
What's Normal Anyway? Celebrities' Own Stories of Mental Illness by Anna Gekoski
Our partner