Read Heart of the Flame Online

Heart of the Flame 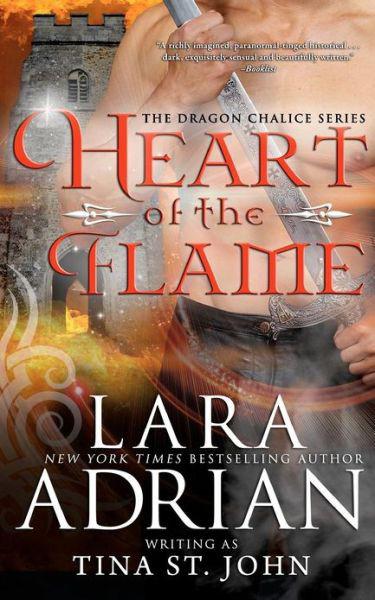 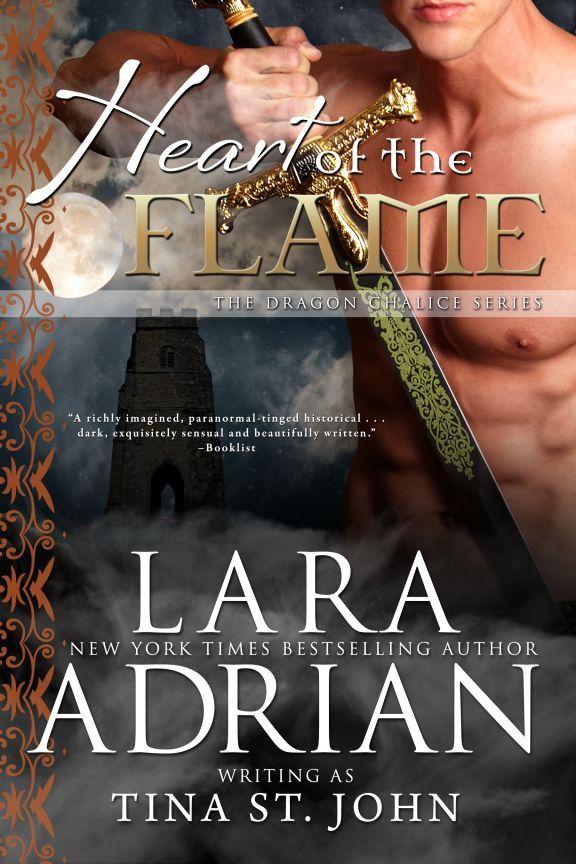 All rights reserved. No part of this work may be used or reproduced in any manner whatsoever without permission except in the case of brief quotations embodied in critical articles and reviews. This book is a work of fiction. Names, characters, places and incidents are either products of the author’s imagination or used fictitiously. Any resemblance to actual events, locales, or persons, living or dead, is entirely coincidental. No part of this publication can be reproduced or transmitted in any form or by any means, electronic or mechanical, without permission in writing from Author.

A
note
from the author

Heart of the Hunter

Heart of the Dove

He entered the place slowly, his footsteps hesitant now that he had breached the threshold. After so long an absence from his Father's house, he was not at all sure he would be welcome. He doubted he would be heard. But embraced or nay, his heart was heavy, and he knew of nowhere else to lay his burdens. The blame here, however, was wholly his own; he reckoned he would carry that for the rest of his days.

Fine silver spurs rode at the heels of his boots, ticking softly on the smooth stone floor as he advanced, their tinny music the only disturbance of sound in the vacant chamber. Unwarmed, unlit save for the hazy overcast glare that washed in through a high arched window, the vaulted space held the cool stillness of a tomb. Fitting, he thought, his eyes yet burning from the sight that had greeted him upon his arrival.

For a moment, as he reached the end of his path, the knight could only stand there, his limbs leaden from his days of travel, his throat scorched and dry like the bitter chalk of ash.

Golden head bowed, he closed his eyes and sank to his knees on the floor.

The prayer fell from his lips by rote, familiar as his own name. Kenrick of Clairmont had said this prayer a thousand times, nay, countless repetitions--a hundred times a day for seven days straight, as was required every time one of his Templar brethren had fallen. Although he was no longer of the Order, he wanted to believe that where his vow was broken, some scrap of his faith might still remain. The prayer he recited now was for a friend and that man's family, for Randwulf of Greycliff and the wife and young son who once lived in this place.

Each breath Kenrick drew to speak held the cloying tang of smoke and cinder. Soot blackened the floor of the chapel where he knelt, as it did the walls of the small tower keep beyond. The place was in ruin, all of it dead and cold some weeks before he had arrived.

Rand and his cherished family...gone.

Kenrick needed not question why, or whom. The annihilation bore the stamp of Silas de Mortaine, the man who had held him hostage in a Rouen dungeon for nigh on half a year, and surely would have killed him anon, had it not been for his daring rescue a few months ago. Kenrick found it hard to maintain his relief at that thought now. While he was recuperating from his torture, Rand and his loved ones were meeting a hellish end.

All because of him.

All because of a secret pact he had shared with his friend and brother-in-arms, a pledge sealed more than a year ago at this humble Cornish manor near Land's End.

If he had known what it would cost Rand, he never would have sought his help.

Too late, he thought, bitter with grief and remorse. De Mortaine's evil was inescapable. His grasp was far-reaching. He was a menacing force, a wealthy man who dealt in dark magic and commanded a small army of mercenary beasts to assist him in his malevolent goals. He wanted the Dragon Chalice, a legendary treasure of mystical origins. Kenrick had stumbled upon the Chalice tales in his work for the Order. In truth, he had thought it mere myth, until he had held part of the fabled treasure in his hands and witnessed the astonishing breadth of its powers.

The Dragon Chalice was real, and the carnage here was merely one more demonstration of Silas de Mortaine's intent to claim the Chalice for his own. For Kenrick of Clairmont, who still bore the scars of his incarceration, the travesty surrounding him at Rand's keep was further proof of why he could not allow de Mortaine to win.

Not at any cost.

"Amen," he growled, then brought himself to his feet in the charred nave of the chapel.

For a moment, he allowed his gaze to settle on the wreckage of the place, at the modest gold crucifix hanging above the altar, unscathed. He bit back the wry curse that rose to his tongue, but only barely.

Not even God could stop de Mortaine from visiting his wrath on these noble folk.

A mild blasphemy to think such a thing, particularly in a place of worship. All the worse that it should come from a man once sworn into God's service, first as a novitiate monk, then, later, as a Knight of the Temple of Solomon.

"Saint" was what Rand and his friends had often called Kenrick in their youth, a name given in jest for his rigid nobility and scholarly ways.

But those days were long past. He would waste no further time dwelling on old memories than he would now afford his grief. There would be time for both once his business here was concluded.

As eager as he had been to arrive earlier that day, now he longed to be away. His scalp itched beneath the cropped cut of his hair, a lingering reminder of his captivity, when his head and beard had crawled with lice. He had cut it all away at first chance, preferring to be clean shaven daily, his dark blond hair kept shorter than was stylish, curling just above the collar of his brown tunic and gambeson. He scratched at his nape, cursing the bitter reminder.

On second thought, he reflected, pivoting sharply, perhaps the niggling crawl of his scalp had more to do with the sudden feeling he had that he was not alone in the abandoned keep. There seemed a mild disturbance in the stillness of the air, as though someone--or something--breathed amid the death that permeated the place. Outside in the yard, one of the townsfolk who had witnessed the carnage waited with Kenrick's mount. The graybeard's portly form had not moved from where he stood.

"Who is there?" he called, the low command echoing hollowly off the vaulted walls.