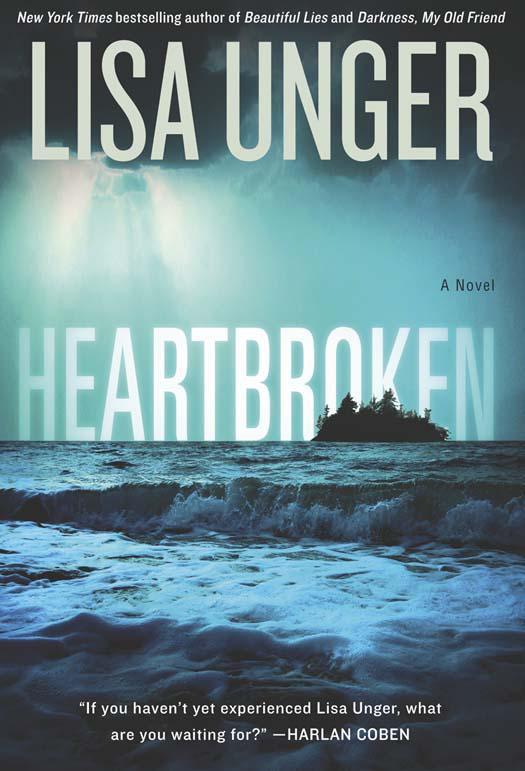 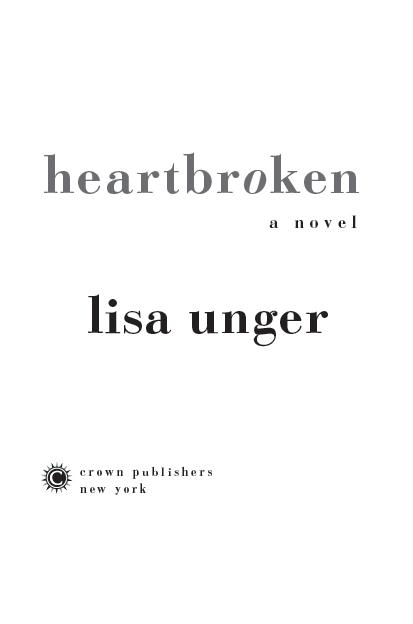 All rights reserved. Published in the United States by Crown Publishers, an imprint of the Crown Publishing Group, a division of Random House, Inc., New York.
www.crownpublishing.com

For Jeffrey,
because, really, who else?
Night and day, you are the one.
Still and always.

Part One - The Journey There

In our desperate desire to recapture something that might never have been, one by one we’ve all crashed upon the rocks at Heart Island. And in doing so, we’ve ruined the very thing we all loved so much, made it something ugly and barren where no love can live, where nothing grows
.

B
irdie Burke stood on the edge of the rock and watched the first light of morning color the sky a dusty rose. As she perched on the cold, slippery stone shore, the lake water lapped at her toes. Other than the whisper of a light breeze through the trees, there was only the distant calling of a loon. She let her robe drop, and the cool air raised goose bumps on her flesh. No one could see her; the other islands were visible only from the north and south. Her husband had been asleep when she left him in the main house.

And even if anyone
could
see her, who wanted to look at the bathing-suited body of a seventy-five-year-old woman? Most people would avert their eyes in embarrassment, even though she was thin and fit. When fully clothed, she knew, she was very stylish. In fact, she still considered herself quite attractive. Even so, it seemed to Birdie that no one ever looked at her—not really.

Time had robbed her of the lushness of her body, her creamy skin, and the shine in her hair. And even though she didn’t
feel
any different than she had when she was twenty, she was unrecognizable as the girl she was then. This was true for everyone, she knew. No one her age recognized the person she saw in the mirror. Most of her friends and acquaintances were engaged in a full-scale battle against the onset of old age, rallying teams of personal trainers, plastic surgeons, beauticians, aestheticians to hold back the clock.
How silly
, Birdie always thought.
If ever there’s a battle you can’t win, it’s that
one
. Not that she didn’t take care of herself. Not that she didn’t know about fighting losing battles.

The water was frigid as she inched in and then quickly submerged herself to her shoulders. Though she was well accustomed to the shock of the cold, her whole body seemed to seize in protest, her heart starting to race and her joints to ache. Then she began to move, placing one careful stroke after the next, her still-powerful legs pumping. Normally, she’d warm gradually, and the water would grow to feel bracing and crisp—refreshing.

But today was different. Maybe the water was just a few degrees too cold. Or maybe she was just old. She couldn’t seem to get her rhythm. She hadn’t gone far at all, and she was already thinking about turning back.

When she was younger, she’d effortlessly circle the perimeter once, maybe twice. She would enter, as she had today, to the west of the house at the only point that allowed for a safe plunge into the water. Then she’d swim out far enough to avoid being pushed back into the large, sharp rocks that surrounded most of the island. She used to relish the fresh water against her skin, the pleasure of her heart rate elevating, her lean, strong limbs pulling her past the dock, then around the east side, then another quarter turn back to where she began. The whole circle took her about half an hour when she was in good form.

She remembered the water being
warmer
. And the early morning was a stolen time, the time before the children woke and needed her. She used to wish it could last forever—the quiet, the freedom. Of course, now that it
could
last forever, now that she could pass an entire day without anyone needing a single thing of her, it wasn’t nearly as pleasant as she’d imagined it would be. Birdie wondered why that so often seemed to be the case—once you had what you wanted, it was a shadow of what you’d dreamed it to be.

She’d made it to the dock, about a quarter of the way around, before she realized, frustrated, that she would need to go back. She
couldn’t manage the rest of the distance. Reluctantly, she turned around, swam to where she had left her robe in a soft pink pile, and stiffly climbed out. She was disappointed, even angry with herself, for not having what it took to complete the circle. She didn’t like being reminded of her age. She was unbeatable once upon a time.

But maybe it was just as well; there was a lot to do. Everyone was coming on Sunday. There was so much required of her when guests were about to arrive. Her husband, Joe, was very little help; he fussed over details like the wine and the music, what games they should play. Meanwhile, all the heavy lifting—the shopping, the cooking, and the cleaning—were up to her. By sundown on the day after tomorrow, her children and grandchildren would be sitting at the long dining table for dinner. The blessed quiet of her island would be shattered. And the work would begin.