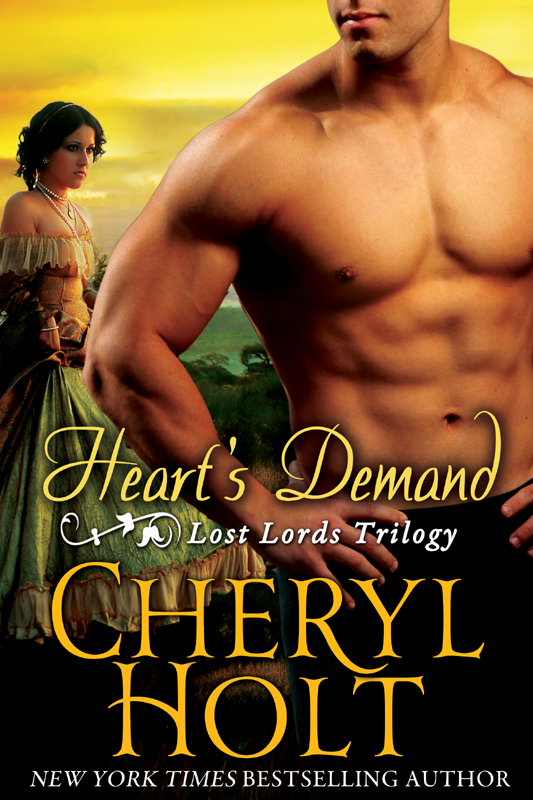 By payment of required fees, you have been granted the
non-
exclusive,
non-
transferrable right to access and read the text of this book. No part of this text may be reproduced, transmitted, downloaded, decompiled, reverse engineered, stored in, or introduced into any information storage and retrieval system, in any form or by any means, whether electronic or mechanical, now known or invented in the future, without the express written permission or the copyright holder.

The reverse engineering, uploading, and/or distributing of this book via the internet or via any other means without the permission of the copyright owner is illegal and punishable by law. Please purchase only authorized electronic editions, and do not participate in or encourage the electronic piracy of copyrighted materials. Your support of the author’s rights is appreciated.

No part of this book may be reproduced or transmitted in any form or by any electronic or mechanical means, including photocopying, recording, or by any information storage and retrieval system, without the written permission of the author, except where permitted by law.

Bryce shouted the order, but he was only five, so no one paid him any heed.

Etherton shook his head, pierced by a wave of grief. As he had a thousand times the past few months, he wished he had power or influence or even a magic wand that could wipe away every dreadful event that had occurred.

But he was just a man, an ordinary bachelor with no ability to change Fate or right a single wrong that had been done to the people he loved. The custody of Bryce and his three siblings had been forced on Etherton by circumstance. While he would gladly assume the job of watching over Julian’s children, he hardly felt proficient to the task.

They were at the docks. Bryce’s mother, Anne, had just been dragged onto the prison ship that would transport her to the penal colonies in Australia. Bryce and his siblings—Annie and the twins Michael and Matthew—would be enrolled in boarding schools where they’d grow up as orphans.

They’d be fed, clothed, housed, and educated. It was a better ending than most in their dire situation could hope to attain.

Yet their father had been a viscount, would eventually have been an earl. His children should have been raised in mansions and groomed for greatness. They should have been friends with the children of princes and kings. Now they would simply be charity cases with no history or ancestry that mattered.

How could the universe be so cruel?

Etherton would accompany Bryce to his destination, and his servants, Mr. and Mrs. Wilson, along with their daughter, Miss Wilson, would convey the others. With the twins being three years old and Annie only two, they were much too young for boarding school, but there had been no other option.

Etherton hadn’t the means or aptitude to care for them, so he’d bribed reluctant headmasters to accept them as students. Mr. and Mrs. Wilson had loaded the twins into the carriage that would whisk them away. Etherton had his hand on Bryce’s shoulder, but Bryce jerked away and ran after his brothers.

The Wilsons were already inside with the boys, and Etherton could see Mr. Wilson wrestling with them as they fought to look out at Bryce. They were sturdy, rambunctious scalawags, and if they wriggled free and climbed out the window, Etherton wouldn’t be surprised.

Mr. Wilson glanced out at Etherton, his gaze exasperated, and Etherton motioned to the driver. “Hurry, would you? We’re finished here. There’s no need to tarry.”

The driver clicked the reins, and the horses started off. Bryce bellowed to his brothers. “Michael! Matthew!”

But the carriage was quickly down the block and around the corner, and if the twins yelled back to Bryce, Etherton didn’t hear them.

Bryce’s fury distressed Annie—called Sissy by her brothers. She was being carried to another carriage by Mr. Wilson’s daughter. She began to wail with dismay, and Etherton couldn’t blame her. He wanted to wail too.

Their grandfather had ripped their world apart merely because their father had wed for love—and without permission—to a very unsuitable actress and singer. Had there ever been a more vicious fiend?

He’d been determined to prove his authority over Julian, but his vengeance had crushed his own grandchildren. Did he realize the harm he’d inflicted?

Etherton was sure not.

Julian had died in a hunting accident that Etherton didn’t believe to have been an accident at all. Then their mother had been accused of stealing from the exalted Blair family, of pilfering jewels and money. She’d been prosecuted simply to prevent her children from inheriting a single farthing of their grandfather’s fortune.

Well, Etherton certainly hoped the ogre found happiness in the next life, for he definitely didn’t deserve it in this one. If there was any justice, the aged tyrant would rot in Hell.

“By-By! By-By!” Annie said to Bryce. She couldn’t yet pronounce his name.

Bryce whipped around and rushed over to her. He yanked her from Miss Wilson’s arms and clutched her to his chest.

Miss Wilson glared at Etherton, flashing the same exasperated look her father had just exhibited. She couldn’t decide if she should grab Annie and continue on or if she should halt and extend the torturous moment.

The prior six months had been a long slog of horrific days, but this day was the most ghastly by far. None of them was immune, not even Miss Wilson who had a significant but unpalatable role to play in the unfolding debacle. She would deliver Annie to Miss Peabody’s School for Girls, a dank, crumbling edifice that reminded Etherton of a prison.

Bryce was kneeling in front of Sissy. She was pretty as a porcelain doll, with curly blond hair and big blue eyes. Poignant tears dripped down her rosy cheeks, their blatant affection agonizing to observe.

“Don’t be afraid, Sissy,” Bryce murmured as Etherton walked up. He asked Etherton, “Can’t she stay with us, Mr. Etherton? Can’t she? Please?”

“Please, Mr. Etherton! She’s too little to be off on her own.”

“She won’t be fine,” he fiercely replied, and he leapt up and whirled on Etherton. “Mother ordered me to watch over her and the twins, yet you’re sending them away.”

What else could he say? Their plight was incomprehensible.

Bryce’s grandfather had been insistent that Julian not wed Anne, but he’d married her anyway, and the old coot had gotten even. After Julian died, he’d declared there had been no marriage, that the children were illegitimate bastards. As an aristocrat, no one had argued with him, and Anne’s witnesses had been her fellow actors who were considered disreputable and dishonest.

Now Julian was dead, Anne transported, and their children…

What would become of them?

He peered down at Annie, and his smile was forced. “You want to attend school, don’t you, Sissy? Won’t that be fun?”

Her gaze was distressed and condemning. Bryce shoved Etherton away and knelt in front of her again.

“How often, do you think? Every day?”

“No, no, probably every Saturday.”

The school where she’d be housed was a four-day journey from London. If Etherton was able to take Bryce once a year, it would be a miracle.

Bryce didn’t recognize the promise for the falsehood it was, and he turned to Sissy. “Every Saturday,” he repeated. “When I arrive, you can tell me about your teachers and your new friends. You can show me your new room and your new bed.”

Sissy shook her head, and Bryce clasped her hands. They stared and stared, nose to nose, chin to chin.

Finally Bryce peeked up at Etherton. “I’ll never see her again, will I?”

“Of course you will.”

“No, I can feel it. She’ll go away—as Mother went away. As Father went away. What if she grows up, and I don’t remember what she looks like? How will I find her?”

“I’m doing the best I can,” Etherton complained.

“Your
best
is not good enough,” Bryce scolded. “You told Mother you’d protect us. You swore it to her! I heard you.”

“And I meant every word.”

Bryce pointed to the ship where the sailors had cast off. A tug was towing the vessel out into the main channel of the Thames. “She hasn’t even left yet, and you’ve already proved your vows are worthless. I can’t rely on you.”

He spun back to Sissy, and for an eternity they continued to stare, as if committing each other’s features to memory. Then he dug in his pocket and pulled out a small ivory statuette that had belonged to his mother. It was an ancient goddess, a protector of musicians and artists. His mother had set it on her harpsichord.

Etherton hadn’t realized Bryce had secreted it away. Every other possession had been sold to pay for their maintenance and education. The statuette was a precious treasure, and Etherton almost warned him not to give it to her. How could she appreciate its value? How would she ever keep from losing it?

But he doubted he could dissuade Bryce from parting with the dear artifact. And at this late date, how could it matter?

“In a minute, Mr. Etherton,” Bryce snapped in response. He held out the statuette to Sissy. “This was Mother’s.”

“You must always hide it in your pocket. You must never let it be taken from you. It’s very important, Sissy. Do you understand?”

“I have no idea when I’ll see you again. Maybe never. You must promise to be a very good girl.”

“You must make Mother and Father proud.”

“I will come and find you someday,” Bryce insisted. “Despite what anyone tells you, I will search for you and I
will
find you. I swear it.”

As if she grasped the weight of his comment, she reached out and caressed his face. “By-By.”

“Yes, Sissy, I’m Bryce Blair, and you’re Annie Blair. Don’t ever forget your name, and you must never lose the statuette. When we’re grown-ups, I’ll know who you are because you have Mother’s statue.” He turned it over and showed her the initials
AB
that were printed on the bottom. “These two letters? They stand for Mother’s name. Anne Blair.”