Hearts Evergreen: A Cloud Mountain Christmas\A Match Made for Christmas 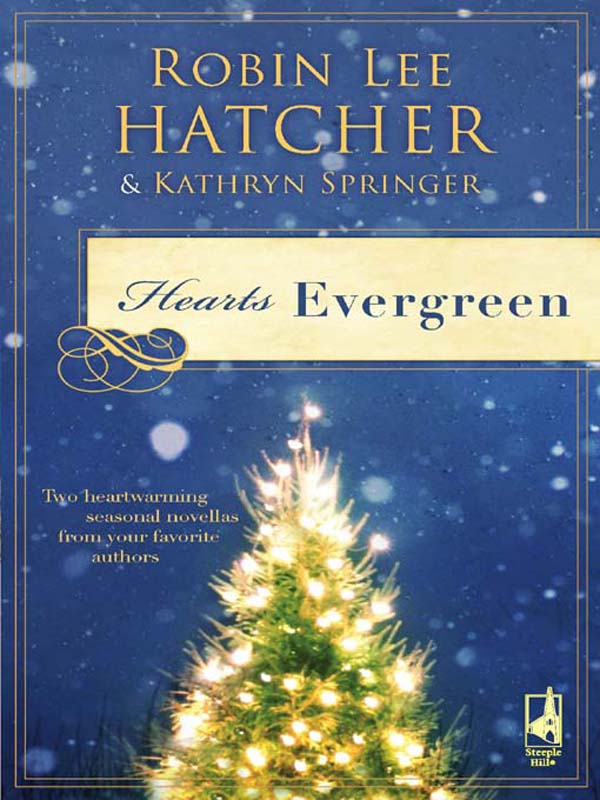 A MATCH MADE FOR CHRISTMAS

She looked toward the convenience store clerk, trying to ignore the humming in her ears.

The girl frowned. “Are you ready to pay for those things?”

“Yes.” Maddie grabbed the magazine and dropped it, a bag of chips and a soda onto the counter. “I'm ready.”

The clerk looked at the magazine cover. “That guy's a hottie, huh?”

Please be quiet.
Biting her tongue, Maddie pulled a twenty-dollar bill from her wallet and held it toward the girl, hoping that would hurry her along.

It worked. Two minutes later, Maddie pushed through the glass swinging door of the convenience store and hurried toward her rental car. She unlocked the driver-side door of the black SUV with the remote, longing to get inside, away from anyone's view.

As soon as the car door was open, she tossed her purchases onto the passenger seat, then slid behind the wheel.

It shouldn't matter. It
didn't
matter. Craig Houston hadn't been a part of her life for more than four years. Their five-year marriage had crumbled beneath the weight of his bad habits and extramarital affairs. Her love for him was killed slowly but surely long before the signatures were dry on the divorce papers that had ended both her marriage and her dreams for the future.

Tears pooled in her eyes as the memory echoed in her mind.

The truth was, Craig hadn't wanted kids
with her
. He looked happy enough on the cover of that magazine with his pregnant bride.

She wiped away the tears with the back of her hand. Silly to get upset over this. It wasn't as if she didn't
know
Craig and that actress were an item. She'd have to be a nun in a FrenchAlps monastery to be unaware. Their faces had been plastered in various magazines, week after week, the handsome NFL jock and the gorgeous Hollywood star.

It was the injustice of it all that stuck in Maddie's craw. Here she was, four years after the divorce, swimming in a sea of debtâthe debt Craig had left herâand her ex-husband was living the high life.

She drew a deep breath.
God, don't let me give in to self-pity. I know that what Craig does and who he marries has nothing to do with me. Help me to quit looking back. Help me to trust You with my future
. She turned the key in the ignition and backed the SUV out of its parking place.

By force of will, Maddie turned her thoughts to the reason for her trip into the snowy Idaho mountains. There were still two hours to go until her destination. If she did her job, the resulting commission could wipe out her debt. Wouldn't that make this her best Christmas in years?

And there was one added benefit. Tucked away in the mountains of Idaho, she needn't worry about running into Craig and his new bride on the streets of L.A.

Tony Anderson took several steps backward and stared at the Christmas tree in the corner of the lobby. Colored lights twinkled, reflecting off tinsel, garland and ornaments. Empty boxes, wrapped like gifts, peeked from beneath the lower limbs of the fragrant pine tree.

“What do you think, Audrey?”

“It's a work of art. Prettiest I've seen in this place in ages.”

“Good enough to make the guests feel festive for the holidays, anyway.” He glanced at his watch. “Speaking of guests, is the room ready for Mr. Fairchild?”

“It's ready. Got the new sheets and comforter on the bed and fresh towels in the bathroom. Don't you worry. He'll get the royal treatment while he's here.”

“I can always count on you.”

Audrey Tremaine was a godsend, no doubt about it. She had worked at the lodge for forty-two years, starting as a maid when she was twenty years old. Although she now wore the title of head housekeeper, she did more than keep the place clean and tidy. She pretty much ran it, from manning the front desk to hiring part-time help to making their guests feel at home.

Of course, until they had more guests, it wasn't all that hard for Audrey to manage the lodge. But if the manuscript brought the price some thought it would, Tony wouldn't have to worry about money. He was eager to see if David Fairchild agreed with others. If he did, if Fairchild purchased the manuscript for the kind of money Tony hoped for, the renovations of Cloud Mountain Lodge wouldn't take years to complete. He wouldn't have to do the majority of the work himself. The lodge could be bigger and better than his original plans. He had plenty of ideas. What he lacked to make them come true was cold hard cash.

“How about the rooms for the Sullivan family reunion?” He picked up the empty boxes that had held the Christmas decorations.

“We're on schedule. All you need is to get that paper hung in the green room.”

“I was planning to do that later today.” He headed down the hall toward the back door.

Audrey called after him, “Hurry back. Cookie made cornbread and a pot of chili for lunch. It's ready when you are.”

“Sounds good. Be right back.”

Cold air bit him the instant he stepped outside. He hunched his shoulders as he strode down the steps and along the shoveled walkway to the shed. After tossing the empty boxes inside, he glanced toward the new metal building that housed a workshop, his Jeep and the used-but-new-to-him Sno-Cat.

All things considered, a great deal had been accomplished since last May when he took possession of the lodge. It felt good, watching it come together. Every day he thanked God for allowing him to live his dream.

He turned and strode back to the lodge, grateful for the warmth that greeted him.

“How was the drive, Miss Scott?” he heard Audrey say. “Were the roads clear?”

A woman replied, “Yes, they were dry almost the whole way. Thank goodness. I haven't driven in snow for years.”

Tony walked toward the lobby, pausing when he reached the doorway.

Audrey stood behind the counter while the woman signed the check-in form. Three designer bagsâwell-worn but high qualityâand a black leather briefcase sat on the hardwood floor near their guest's feet. She wore straightlegged jeans, snow boots and a white, down-filled parka.

Audrey handed a key card to the guest, spotting Tony as she did so. “Here he is now. Miss Scott, this is Mr. Anderson, the man who found the manuscript. Tony, this is Mr. Fairchild's representative. She came in his place.”

Before the woman turned completely around, before Tony saw more than a glimpse of her profile, he recognized her. Maddie Scott. Her straight black hair was longer. She looked a little thinner. But it was Maddie.

She wouldn't recognize him, of course. Why should she? He'd been just another guy in college, occasionally hanging around the edges of her life. No competition for the football star who'd captured her heart.

“Hello, Mr. Anderson.” She took a step toward him, her hand extended, a warm smile in her voice. “I'm Maddie Scott. Mr. Fairchild sends his apologies for not being able to be here. His plans changed abruptly, and rather than postpone the meeting, he sent me to represent his interests.”

Tony took hold of her hand, wondering if it was good news or bad that David Fairchild hadn't come in person. “Welcome to Cloud Mountain, Ms. Scott. It's nice to have you here.” That part he didn't have to wonder about. It was nice to see Maddie again, even if she didn't remember him.

“Thank you.” She glanced around the lobby. “Looks like you're ready for Christmas.”

“Pretty much. Next year we'll do more.” Especially if this deal comes together the way I hope it will.

A frown furrowed her brow as she looked up at him. “I'm sorry, Mr. Anderson, but do I know you?”

That gave his ego a lift. Maybe he wasn't completely forgettable. “Call me Tony. Everybody does.”

She continued to stare.

“We met in college.”

“Tony Anderson,” she said softly, shaking her head. Then her eyes lit with recognition as she pointed at him. “Anthony Anderson. History of Western Civilization. You used to hang around with Brad Taylor.”

“Laser surgery.” He stepped to her bags, stuck one beneath his left arm, the briefcase beneath his right and grabbed the other two suitcases by their handles. “I'll show you to your room.”

They climbed the curved staircase.

“No. I grew up on a farm near Twin Falls. But my aunt and uncle had a cabin up here for many years. My folks and I came up a lot when I was a kid. Went fishing and rode horses in the summer, went skiing and snowmobiling in the winter.” He glanced over his shoulder. “The lodge was already in decline back then, but I was a kid. To me, it was cool.”

They arrived at the blue room.

“This is your room. I hope you'll find it to your liking.”

“I'm sure I will.” She slid the key card into the slot and removed it. The green light flashed and she pushed open the door. “Oh, this is lovely.” She walked across the room to gaze out the window.

“Call the desk if you need anything.” Tony set her bags inside the door. “Did Audrey tell you we were about to sit down to lunch? We'd like for you to join us if you're ready to eat.”

That's when he noticed the difference in her, something he hadn't seen earlier. There was sadness in her wide brown eyes, a deep kind of sadness that made his heart ache. And he knew who'd put it there: Craig Houston.