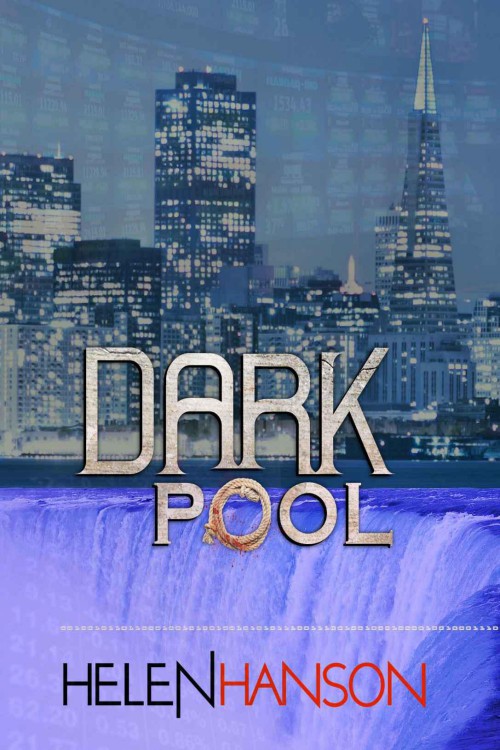 Maggie Fender’s law degree remains a daydream as she supports her ex-felon half-brother and their incoherent father. Suffering from Alzheimer’s, Dad’s rarely lucid, but when he’s accused of murder, only the gorgeous Russian neighbor flickers Maggie’s hope.
She’s the only adult left in her family, and her weary camel won’t carry a single extra straw. Her teenage brother’s hacking skills landed his ass in prison, but he swears he was framed. No fans of the Fender family, the local police assume Dad ran away when he goes missing. Maggie will never find her father without help. But who can Maggie trust when everyone has betrayed her?

As a work of fiction, the names, characters, situations, and most of the places are constructs of the author’s imagination. If you seem to think otherwise, she will be flattered. Any resemblances otherwise to persons living or passed on is simply beyond her ability to control. No part of this book may be used or reproduced without written permission of the publisher, except in the case of brief quotations for articles or reviews.

who sent me to the dictionary to look up words,

let me guess at their crossword puzzles,

and filled my world with books.

Thank you for your sacrifice.

I may never know the true cost.

My love for you lives on.

Maggie Fender waited by the car as she watched Travis stride through the gates bearing a soldier’s posture. The brilliance of the afternoon sun burrowed into his raven hair and glinted of cool blue. It surprised her that he seemed to age since her visit last week. Even in worn jeans and a t-shirt, he appeared much older than his fifteen years.

Prison undoubtedly changed a man. Or a boy. Now that he was paroled, Maggie wouldn’t waste any more sentiment on her half-brother, but she did want to kick his ass.

The guard turned to watch Travis Fender leave the compound. Perhaps he was memorizing the boy’s features in case they were destined to meet again. So many parolees returned, if not to the medium-security Federal Correction Institute at Cumberton, then to some other lockable accommodation. Polite society preferred to keep track of those they feared.

Travis stood over six-foot tall. From this distance, he passed as a man. Even his face didn’t readily reveal his youth. Not until he got really close, close enough to see the thirty-one hairs on his chin that still only met weekly. His half-year sentence—finally at a close—seemed to harden him. While the juvenile facility at Cumberton didn’t rival Alcatraz, any time spent in a cage counted as wasted.

Maggie slid behind the wheel before Travis arrived at the car. She avoided eye contact as he stooped to get in. She wanted the five-hour drive and the interminable occasion for conversation behind her.

Travis climbed in. “Thanks for coming. How’s Dad?”

“Watching the same episode of Hawaii 5-O for the tenth time. How do you think?” She started up the car. It hesitated and then coughed to a sputter. Black smoke belched from the tail pipe.

He tugged his jeans down his thighs. “How’re my beagle buddies?”

“I’ve made this run once a week for twenty-six weeks. I’m not in the mood for small-talk.” Maggie peeled out of the parking lot.

Travis laid back and closed his eyes, a small thing for which she was grateful.

She wound south through the Sierra foothills for an hour before stopping at a gas station to check the oil. Low again. Dammit.

“Get a quart of oil for me.” She stood by Travis’ open window.

A single green eye peered at her. “So now you’re talking to me?”

“No, I need oil. And thirty dollars worth of gas.” She wagged two twenties at him.

His second eye closed her out.

Heat climbed her chest. She slugged him hard on the shoulder.

She hit him again.

“If you hadn’t gotten your stupid ass busted, we wouldn’t be here, and I wouldn’t have to drive this piece of shit up to the mountains.” She kicked the tire then slugged him a third time. “And it wouldn’t need oil.” She dropped the bills in his lap.

“Quit hitting me, you psycho.” He rubbed his tricep, but he got out of the car with the money and lumbered into the convenience store.

Her day had started in Half Moon Bay at dawn that morning. Twelve hours round trip, and he couldn’t even help with the drive home. Her mood spiraled to the deep south on the trip away from Cumberton. She scrubbed the windshield using stinky water and a filthy sponge, letting the Sierra dust trickle back to mama earth.

Six months in prison, and Travis still claimed he was framed. No one believed him. Not even his attorney. Only his father. But Dad thought the little girl down the street fronted his rock band back in ‘69. Character references like Dad could land a guy on death row.

Travis came out with a quart of oil, a jumbo bag of Cheetos, two Mountain Dews, and a king-sized Snickers.

She glared at his other purchases.

Wasn’t Snickers on the menu at Cumberton?

Oil drained into the engine reservoir while Cheetos poured into Travis’ mouth. Maggie filled the tank until the meter slowed to a stop at exactly thirty dollars. The piece of junk guzzled oil like a Mission Street wino but still got great gas mileage. This fill ought to see them back to the beach.

Between Bay Area commuter traffic and the frequent need to recycle her coffee, Maggie pulled into their driveway after dusk. Travis jumped out before the car came to a complete stop. He rushed toward the front door.

Maggie watched him disappear behind the overgrown juniper bushes that lined the walkway. Fifteen, and the kid still couldn’t wait to see his father. She loved their father too, but his recent behavior was starting to quantify her patience.

She slumped out of the car and stretched. A long run on the beach would loosen her tight muscles, and enough sunlight remained. Maybe tomorrow. Today she wanted only a hot bath, a quiet bed, and empty dreams.

Travis blasted from the house. “Where is he?”

“The place is empty.”

She left Travis standing on the pavement and ran to the Baker’s house a couple of doors down. Only the screen door kept the world at bay. “Ginger?” She banged on the doorframe. “You home?”

A sturdy figure ambled from the shadow. “Maggie?” Ginger’s eyes creased in the dim light.

“I’m looking for Daddy. Have you seen him?”

The Samoan woman was small by island standards. “Not since I gave him his dinner. Did you check the garage?”

“Travis said the place was empty.”

A smile lifted her smooth, brown face. “How is he? How does he look?”

Maggie shook her head. “Stupid. And even more handsome if you can believe it. Just like his mom.” She backed away from the door. “I’ve got to find Dad.”

Travis was gone by the time she returned to the car. She sped around to the beachside of the house and nearly broadsided a bicyclist in the narrow street. Maggie climbed down the berm to the sand.

“Daddy.” The sound of the surf competed with her cry. Dark slipped overhead like a closing lid.

She ran north, up the beach. She could have gone south. It didn’t matter. There was nothing either direction to damper her hammering chest.

A man dropped down from the roadside.

Her lungs wheezed. “Travis. Damn it. Don’t do that!”

Travis was likely right. He often was in these types of situations. Logic and intuition converged in this kid to form uncannily accurate assessments. He got that from their father.

It was Dad’s only obvious contribution to the kid’s genetic makeup because he could pass for his mother’s male twin. While Maggie seemed to inherit everything from her mother. Cornflower blue eyes, strawberry blonde hair, and a rancid mistrust of the world.

While he took the lead, she was fast enough to stay within his draft. The tide had receded over the past hour, leaving a sturdier running surface. They sprinted down the beach as fast as the damp sand allowed.

Maggie heard the screech of a lone shearwater looking to settle somewhere for the night. Then another cry that cooled her blood.

She slammed into Travis’ back and fell to his side. He grabbed her around the waist and helped her regain her footing. He prodded her shoulder. “C’mon.”