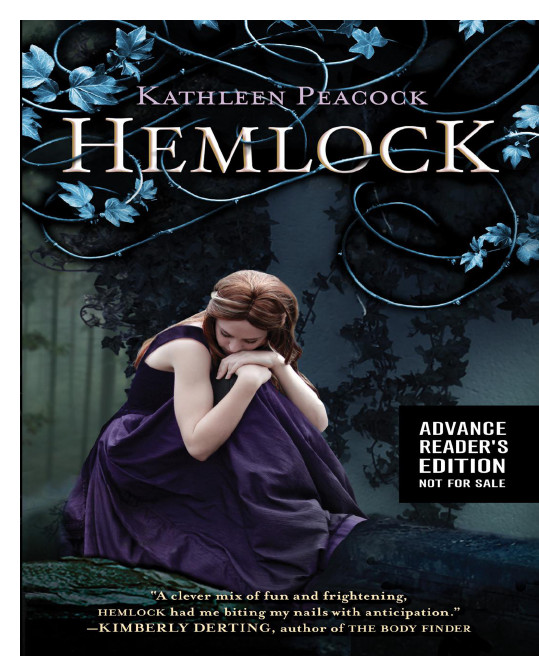 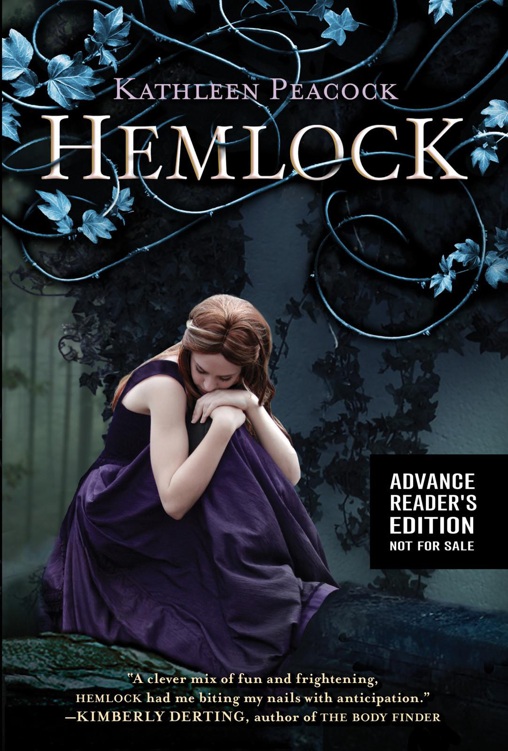 courtesy of
HarperCollins Publishers This is an advance reader’s e-proof made from digital files of the uncorrected proofs. Readers are reminded that changes may be made prior to publication, including to the type, design, layout, or content, that are not reflected in this e-proof, and that this e-pub may not reflect the final edition.

Any material to be quoted or excerpted in a review should be checked against the final published edition. Dates, prices, and manufacturing details are subject to change or cancellation without notice.

This book is a work of fiction. The characters, incidents, and dialogue are drawn from the author’s imagination and are not to be construed as real. Any resemblance to actual events or persons, living or dead, is entirely coincidental.

Katherine Tegen Books is an imprint of HarperColins Publishers.

Al rights reserved under International and Pan-American Copyright Conventions. By payment of the required fees, you have been granted the nonexclusive, nontransferable right to access and read the text of this e-book on-screen. No part of this text may be reproduced, transmitted, downloaded, decompiled, reverse-engineered, or stored in or introduced into any information storage and retrieval system, in any form or by any means, whether electronic or mechanical, now known or hereinafter invented, without the express written known or hereinafter invented, without the express written permission of HarperColins e-books.

HarperColins books may be purchased for educational, business, or sales promotional use. For information address Avon Books, an Imprint of HarperColins Publishers.

THOSE STILL HERE AND THOSE WHO

ARE NEVER FAR FROM MY THOUGHTS

BLOOD RAN DOWN MY HANDS IN THIN RIVERS. I YANKED on the chain-link fence, ignoring the pain, desperate to widen a gap at the bottom where someone had cut the wire. Puddle water soaked through my jeans as I kneeled on the filthy pavement. Smal things

—don’t think about mice and rats—scurried in the darkness.

It was no use. The blood made my hands slip, and even after throwing al of my weight against the fence, I wasn’t strong enough to stretch the hole by more than a few inches.

A cat could have squeezed through. Maybe. If it were starved and held its breath. There was no way I’d make it.

I let out a ragged yelp of frustration and immediately clamped my bloody hands over my mouth, trying to recapture the sound.

I glanced at the opening of the aley just as he stepped inside.

Like before, he stayed in the shadows, using them to hide his face.

There was no way in or out unless it was past him.

I was trapped. As effectively as if I were in a cage.

My breath came in smal gasps.

I was going to die. Just like the others. Tears blurred my vision; I blinked them away.

Not taking my eyes off him, I used the fence to haul myself to my feet. I licked my lips and tasted the tang of copper; it made my stomach rol.

I would not die scared and alone in a dirty aley.

There was a broken hubcap near my feet. I picked up one of the jagged halves and clutched it like it was some sort of
Kill Bill
weapon. Panic crushed my chest and I knew I looked ridiculous—

worse than David facing Goliath with a slingshot. . . .

His laughter echoed down the aley, sending shivers down my spine.

I tried to remind myself that David had won.

David had won and I was not going to die here. I was stronger than that. I was . . .

He rushed forward, a blur so fast I barely had time to slash out.

He grabbed my wrist and broke it as easily as someone would snap a twig.

In one smooth move, he was behind me, pinning my arm behind my back.

There was a popping noise folowed by white-hot agony. I screamed a second time as I felt my shoulder dislocate.

Despite the pain and the black spots swarming at the edge of my vision, I fought to twist free. I wasn’t going to die here. I didn’t want to die here. I couldn’t die here.

There was a sound like a knife being dragged across a whetstone. Pain exploded across my torso as blades sliced my skin and—

“No!” A choked sob was ripped from my chest as I sat bolt upright and fought against my blankets.

For a horrible moment, the image of the aley was superimposed over my bedroom and I wasn’t sure where I was. Slowly, reality reasserted itself as the sights and sounds of my nightmare faded away.

Every muscle ached—as though I realy had just been fighting for my life.

With a shuddery breath, I turned on the bedside light. The bulb flickered to life and iluminated my room—the burgundy bedspread and matching curtains, the ginormous bookcase I’d found at a yard sale and stained cherry-red, the posters and pictures. An ordinary room. Not a dark aley off Windsor Street.

I puled my knees to my chest.

Almost involuntarily, my eyes were drawn to a framed picture across the room: two girls who couldn’t look, or act, less alike. Me with my messy blond ponytail, ruler-straight hips, and a bemused but aloof expression on my face and Amy—my best friend—with ink-black hair, an hourglass figure, and a come-hither smile.

“Just a dream,” I repeated.

But it hadn’t been a dream. Not for Amy.

I squeezed my eyes shut as the first tears started to fal.

The wind had a bitter edge that made my eyes sting and slipped through the gaps in my coat. I shivered and Kyle draped an arm over my shoulder. So far, April had been colder than anyone could remember, almost as though the ever-present gloom that had settled over Hemlock was affecting the weather.

The minister paused. “It’s almost over,” murmured Kyle. At six one, he had the better view. We stood ten rows back, hovering on the edge of the crowd. It was the best I could manage. Any closer and it was hard to breathe.

Ten rows back was safe. Al you could catch from here were glimpses of waxed wood and polished brass under a mound of white flowers.

Even if I had wanted to get closer, it would have been difficult.

An impossible number of people—more people than had known Amy in life—had crowded into the quiet corner of Fern Ridge Cemetery that was the final home to Hemlock’s wealthy and powerful.

“Can you see Jason?” I asked. Jason was Amy’s boyfriend and had been best friends with Kyle forever. The four of us—Amy, Jason, Kyle, and I—had been a unit for years, ever since I moved to town.

Given how hard this was for me, I couldn’t imagine what he must be going through.

Not that I could get him to talk about it. When Jason was upset or hurting he did one of two things: he shut down or he exploded.

Kyle squinted and craned his neck. His thick, chestnut-colored hair fel over his eyes and he absently pushed it away. “I can see the back of his head. That’s about it. Wait—they’re turning around.”

The minister had finished the final dedication. Ashes to ashes.

At some signal I couldn’t see, the crowd started moving back across the grass to cars that would take them to Amy’s house.

Once there, they would drink tea, eat smal sandwiches, and talk about how beautiful she had been.

I just wasn’t ready for lukewarm tea, finger foods, and a roomful of people al struggling to say the right thing. I felt the pinprick of tears and I bit the inside of my cheek until I was sure they wouldn’t fal.

I hated crying in front of other people. Even Kyle. Besides, I had to be strong for Jason.

Kyle’s shoulders tensed—a barely perceptible change that I might have missed if I hadn’t been watching so closely.

“Definitely,” he said. “They’l probably tail people back to the house.”

I swalowed back a wave of anger, the effort almost choking me. It wasn’t like I was surprised. Amy’s death would have made headlines even if she hadn’t been young, beautiful, and rich. In the week since the attack—since the murder—the story had been splashed al over the news. It was the ninth attack in Hemlock in five weeks and the third to result in death.

But that wasn’t what had turned things from media frenzy into ful-blown circus.

Amy was Amy Walsh. As in granddaughter of Senator John Walsh.

I placed a tentative hand on Kyle’s forearm. “They’l probably leave you alone today.” With Amy’s family finaly out of seclusion, the reporters had more interesting game to hunt than her friends.

Kyle let out a short, skeptical snort. “Everyone thinks I’m somehow responsible, that she wouldn’t have gotten attacked if I had just picked up the phone when she caled. For al I know, they’re right.”

I shook my head. “You didn’t do anything wrong. Besides, they could just as easily blame Jason or me.”

She wouldn’t have been out by herself.

She wouldn’t have been attacked.

I shuddered and slammed a door shut on the thought.

Fern Ridge was on a hil, and we were close enough to the edge of the grounds to see the town stretching out around us. I concentrated on that, trying to pick out the peaked roof of my apartment building and pretending I was there instead of inside the cemetery gates.

Testing Fate by Belinda Boring
Amish House of Secrets by Samantha Price
And Sometimes I Wonder About You by Walter Mosley
Aurora Rising by Alysia S. Knight
Bed of Nails by Michael Slade
Fair Game by Jasmine Haynes
An Assassin’s Holiday by Dirk Greyson
The Future King’s Love-Child by Melanie Milburne
Shades of Truth by Naomi Kinsman
The Beast by Faye Kellerman
Our partner