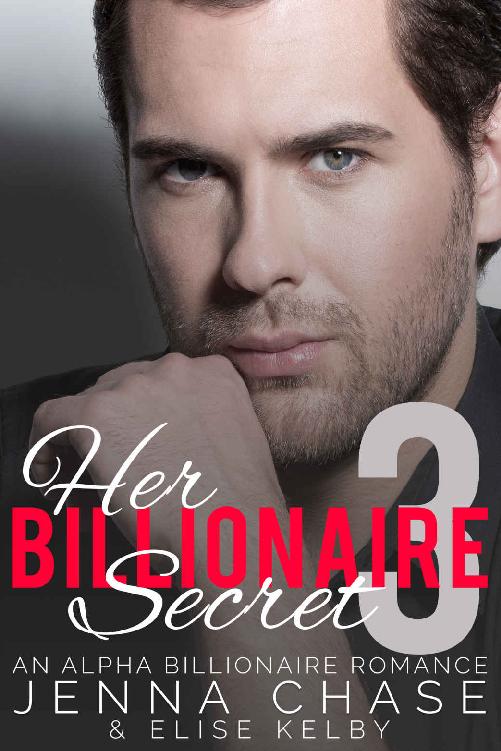 All rights reserved. No part of this publication may be reproduced, stored in retrieval systems, copied in any form or by any means, electronic, mechanical, photocopying, recording or otherwise transmitted without written permission from the publisher. You must not circulate this book in any format.

This book is set in London and as such uses British English throughout.

Please see the
Jenna Chase Author Page
on Amazon for a full list of titles.

Would you like to join the exclusive Jenna Chase Street Team and receive free advanced copies of my latest releases in exchange for an honest review?

Tevis didn’t understand and she couldn’t rip open old wounds, not even for him. His face as she told him she was leaving would haunt her.

To bring back the circumstances of her mother’s death would put her right back to being the terrified fifteen-year-old Fay Tyler.

She knew he wouldn’t let it drop. He wouldn’t be the man she’d learned to love if he did. Tevis Drummond wasn’t the giving up kind. It was up to her to keep it together and walk out of this house. If she didn’t they’d be besieged in days. Once the press realised she’d gone, the hue and cry of Fay Tyler staying in Tevis Drummond’s house would die down. If wouldn’t help her but it would help Ellie.

“What the hell?” He wasn’t angry, but he was demanding an answer. He faced her with his hands on his hips.

Claire sighed. “Did you run all the way up the stairs?”

“Yes, I fucking did—all four flights.” He stepped into the elevator and pulled her into his arms. “Don’t you ever do that to me again.”

“Make you run up the stairs?” she mumbled into his chest. Okay, she was being deliberately obtuse, but to be honest it was a hard habit to break. It was her old coping mechanism kicking in.

“You know what I mean.” There was pain in his voice as he stroked her hair. “You shut me out and I want to help, to be at your side.”

Don’t. I can’t do this if you’re nice to me. I need you to be an arrogant cocky bastard, full of bullshit.

She placed her hands on his chest and pushed him away.

She couldn’t look him in the eyes. Keeping her head down, she ducked around him and out of the lift. “I have to pack.”

He was two paces behind her all the way to the bedroom and still with her as she entered the dressing room. Claire refused to acknowledge his presence as he placed his hand on the wall next to her head. After a couple of minutes spent frantically searching through the rails, she acknowledged defeat.

“You have a wardrobe full of them.” His voice held a hint of confusion.

She looked at Tevis

properly for the first time since she’d told him she was leaving. “They’re not mine. I want the clothes I arrived in.”

His glance at all the clothes Christine had brought, and the way he cocked one eyebrow, told her that he thought she was being ridiculous.

“I want my own things. I’m not taking these.” Claire flicked her fingers across the line of dresses.

“Josie probably sent them to the laundry.”

“You see, that’s why we’re incompatible. I wash my dirty clothes—you send yours away!”

“What makes you think we are incompatible? From my perspective, we were getting on very well. And not just in bed.” He studied her closely and for some reason she couldn’t look away. “Are we talking about your washing or are we really talking about your problem with the magazine?”

“I…” Claire closed her mouth again. She didn’t know what she was doing anymore. Seeing the white roses had been enough to shatter the illusion of being safe. Having Tevis by her side made her feel secure, but she would never put him through the chaos her life would certainly become in a few short days.

“I can’t bring all this down on you. I can’t. You don’t know what it’s like.” She could hear the helplessness in her voice. It was difficult to hide how she felt.

“I’ve got a pretty good idea,” he smiled wryly. “My life is an open book to the press. They take what they want and change all the details to suit their story. Having money doesn’t make me immune.”

She walked away not knowing what she was doing, only that she needed some space. He followed her through to the bedroom and watched her pace the floor.

“Because that part of my life is a deep black hole I will never revisit.” She said the words softly. It hurt to even make a reference to those days. She couldn’t even go there for Tevis, no matter how much she loved him.

“Come here,” he said gently as he opened his arms to her.

She walked into the comfort that he offered without hesitation, realising this may be the last time.

As he wrapped his arms tightly around her, he dipped his head to hers and whispered quietly. “You made me a promise that you’d stay. You promised Ellie you’d take her wedding photographs. We need you Claire Bretton.

I need you. I’m not letting you go anywhere—we

can
sort this out.”

This is too difficult, even for you.

He’d left Claire resting on the bed. He knew she was feigning sleep but it suited him to be able to leave her alone for a while. He had things to sort out, the first being a conversation with someone who knew about Fay Tyler.

Tevis took a seat at the kitchen table and watched as Josie made them both a coffee.

“How are the wedding arrangements going?”

“Fine, all going to plan.” She placed his coffee in front of him, took the seat opposite, and picked up her notebook to study it. "Most of the deliveries are arriving during the early hours of the morning and the caterers will be here at around the same time. Ellie’s parents moved into the second-floor guest room late last night.”

Tevis smiled at his housekeeper. “Efficient as always, Josie. I don’t know what I’d do without you.”

Tevis laughed and took a mouthful of his coffee.

Josie continued, “The only potential problem is this issue with Citrus Gem Magazine. If it gets out of hand, we could be surrounded by paparazzi within hours. And if any of our arrangements slip we could provide them with a front row seat to the wedding.”

Tevis frowned. “That’s what I want to talk to you about. Claire wants to leave. She says it will become a hellhole when the news gets out that Fay Tyler is staying here.”

“I don’t know anything about the story, Claire won’t discuss it. I remember Kathryn Tyler and that she died in a car crash, but I know nothing about the events surrounding it. I need to know more so I can handle this.”

“Most of it was gossip and rumour, and I don’t like repeating it. Kathryn Tyler was an icon, stunningly beautiful and a talented actress. Her death was tragic and all the more so for Claire.” Josie looked down at her coffee and remained silent for about a minute. Tevis watched the emotions running across her face but didn’t say a word.

“Fay Tyler won an Oscar for her role in her mother’s last film but of course, she’d vanished by then. Fay—your Claire—out-acted everyone else in that film, including her mother.”

“You should, it would help you understand. I have a copy if you’d like to borrow it.”

“Yes, I’d like to,” he responded. He wouldn’t watch it yet but when this all settled down he knew he wanted to see what the young Claire had been like. What she’d given up. “Do you know what happened to Claire—why she vanished?”

“No, not really. I can understand why she did.” Josie looked at Tevis sadly, “The press hounded her. She was fifteen years old and she was the last person to see her mother alive.” Josie pushed her cooling coffee to one side. “Tevis, it got so bad an injunction was taken out to keep the press away from her. The major offender at the time was Citrus Gem Magazine—they later had a huge fine imposed on them for the invasion of privacy.”

“And now they want their pound of flesh?”

“I know you don’t want to talk about the rumour and gossip, Josie, but why were they harassing Kathryn Tyler’s family.”

Josie’s eyes were damp and a single tear ran down her face. Tevis was startled, he’d never seen Josie cry. He reached out and took her hand.

“It was Fay Tyler’s fifteenth birthday and the last day of filming. Her mother left her alone on the set and got into the car of the producer of the film. He was ten years younger than her, handsome and the heir to oil billions.”

“That was what the journalists built it up to be. Until then Kathryn Tyler was whiter than white, the darling of the press. On her death—they tainted her memory with conjecture.”

“What happened to the film producer?”

“So there was no one to refute the rumours.”

“No. The gossip magazines wanted their story and went after Kathryn’s daughter.”

“There are things about Claire that are starting to make sense.”

“She’s probably been to hell and back over the past ten years. When I look at her I don’t see Kathryn Tyler. She’s so patently Fay Tyler I don’t know how she hasn’t been recognised

“You think I brought her back into the spotlight?”

Josie looked at him thoughtfully. “Possibly. But someone knew she is now using the name Claire Bretton. I’d swear it had nothing to do with anyone in this house so it has to be someone else. Someone who knows Claire and has made the connection.”

“And informed Citrus Gem Magazine,” Tevis responded tightly, his anger only just held at bay. “Josie, it’s even worse than that. It has to be someone who knew Claire was coming here. Someone who has been following her. Someone she probably trusts.”

“Yes. Someone who knows she has been in this house since last Friday.”

“Sam?” Tevis cradled his mobile phone to his ear as he paced the basement garage. It was the only place he could be certain no one would overhear him. “Sorry to bother you on a Sunday, but I’d like you to do an urgent job for me.”

As the voice at the other end of the line confirmed his availability, Tevis laughed. “I know you’ll charge me premium rate, but you’re worth every penny—and don’t use that comment to inflate future bills! His grin widened at Sam’s response.

“Friend, I know you are not poor,” he laughed. I’ve seen your holiday place in the South of France. Don’t pull that one on me.”

Tevis leant against the garage wall and his tone turned serious. “I want information and quickly.”

Sam’s voice on the other end of the phone became business like.

“As much as you can get to me in two hours and the rest tomorrow morning—and keep your searches low-key, I don’t want anyone alerted.

He paused to let Sam take the information in and then continued.

“I want you to get as much as you can on a young woman and her family. I want to know what happened ten years ago. How they stopped the press hounding them and, importantly, the real information about her mother’s death. I know you have ways to find out. I’m not asking how. Just do what you can to get it.”