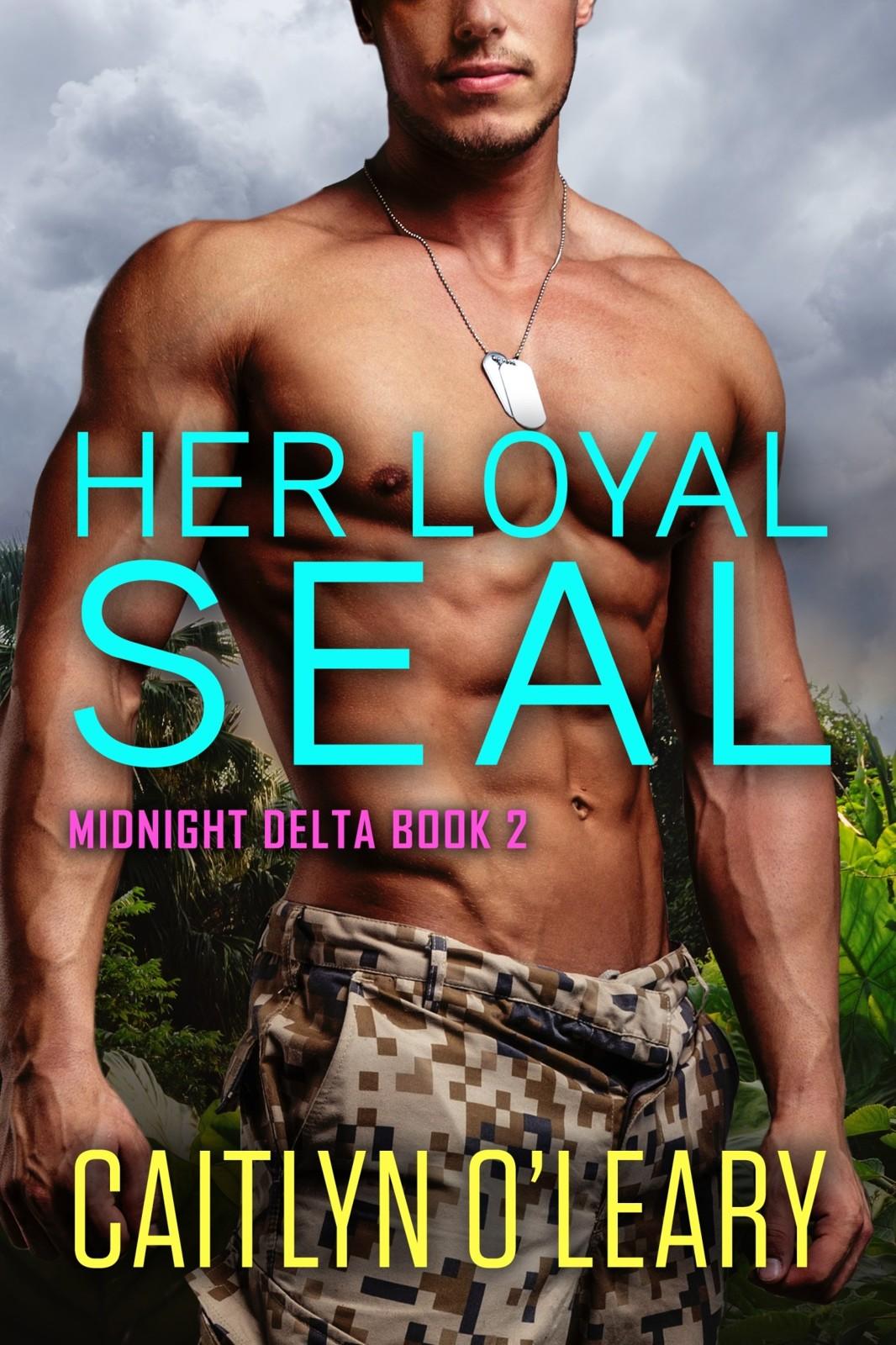 To all of our men and women who have served.

Lydia Hidalgo is still defiant as she and her family are sentenced to death at the hands of the Mexican drug cartel. Not knowing if she will survive, her one request is that her sister will be cared for.

Clint Archer and his team mates will stop at nothing to rescue Lydia and her family from their captors. Having to carry this brave woman for five days through the jungle creates a bond that he cannot resist.

The closer they get to civilization, the slimmer Lydia’s chance of survival becomes. The Midnight Delta SEAL team work desperately to get her the help she needs, while Clint finds himself losing his heart more each day.

Excerpt from A Soldier’s Gift

Excerpt from Forget Me Knot

His knife was wet with blood as he followed Darius into the shack in the middle of the Mexican jungle. His team mate, who was the medic went straight to the woman who was tied spread-eagle to the wall. Her dress was ripped, and exposed her back. There was a bullwhip lying beside one of the dead men. He also saw another man who had a cell phone gripped in his hand. Clint grabbed it, sure it was set to film the torture of the girl.

Shrill screams broke through the room as the gag was taken out of the young woman’s mouth.

“She needs to stop, but I don’t want to gag her again,” Darius said helplessly, as he motioned to Clint. Darius didn’t speak Spanish, but he knew he did. Clint rushed over.

“She’s screaming for her family. Work with the others to get them cut loose.” Clint turned to his other team mates who were with an older couple and another young woman. He wiped off his knife on his fatigues and slid it carefully between the exposed wood of the wall and her wrists. God, she was a mess. He couldn’t believe how deep the lacerations were from where she had struggled against the rough rope.

“Shhhh. I know you can’t see them, but your family is safe,” he assured her in Spanish.

“Let me see them. Papa! Mama! Beth!” Tears dripped down her face. Clint went to her other wrist and began to carefully cut it loose as well. She struggled to turn around.

“Miss, you need to calm down so I can get your other hand free.” Clint didn’t think she heard him, she had to be out of her mind with pain. Despite that, her entire focus was on her family.

“Where are they?” She yanked so hard against the rope he didn’t have any other choice but to hold her hand down so he could ensure he didn’t cut her as he sliced through the rope. His fingers were slick with blood by the time he was done.

“Darius, get back here, she needs medical attention, stat!”

“We need to get out of here,” Mason Gault said. Clint acknowledged his leader’s words, but continued to concentrate on the woman’s wounds.

“Stay there. Let them help you.” The older man crouched in front of her as Clint gently helped her to the floor of the cabin.

“I’m so sorry daughter this is all my fault. Oh God, I’ll never be able to forgive myself.” The man started weeping.

Lydia, reached out to her father, but hissed in pain.

“Enough!” Clint commanded. “This isn’t helping your daughter. We have to get the hell out of here.”

“Let me hold her. I’ll carry her.” Her father’s voice trembled. Clint looked up and saw he was now surrounded by the small family. Looking at the father, he knew there wasn’t a chance in hell the man would be able to carry his daughter the miles they needed to walk.

“One of my men is going to carry her,” Mason said as he stalked across the room. “We need to leave here immediately. Our intel says the other members of the cartel will be here shortly.”

“It’s okay,” he told her in Spanish. “Nobody is going to hurt you again, I promise.”

“Just help my family,” she answered in English. “Please.”

“I’m going to help you. My team will help your family.”

“Lydia, he’s going to need to give you the shot in your hip. We just need to lift your skirt just a little, okay?” She looked up at him with a pleading look.

“No. Darius is our medic. He’ll do it quickly.” He so wanted to preserve her modesty, but they needed to get the medicine into her system.

She bit her lip so hard he thought she might draw blood. “All right.”

Darius had it done and over with in a moment.

Clint helped her to stand, but he had to take most of her weight. He looked over at his friend Darius, and saw the same look of resignation. They could arrange for some kind of travois, but pulling it through the jungle would slow them all down. What’s more, it would be too painful on her back. Even though the medicine wasn’t meant to put her to sleep, she would likely pass out from the pain. Clint hated the idea, but he was going to have to secure her to him as he carried her.

“If we tie her upper arms and wind the rope around your waist, it should support her if she lets go.” Darius said, reading his mind.

He felt her shudder. “Are you talking about tying me up again?”

“Honey, do you think you’re strong enough to hold onto me while I carry you miles through the jungle?” He looked into her eyes and could clearly see her struggle.

“I want to say yes, but I know I’m not.” She choked back a sob. “But I can’t stand the idea of being tied down again. Of not being able to get free. I just can’t.”

Lydia would have collapsed if Clint hadn’t caught her. She let out a broken cry. He didn’t blame her. She still had to be in unimaginable pain and totally freaked out about being restrained again. He had an idea.

“I’ll give you one of my knives. You’ll be able to cut yourself loose at any time.”

“Are you out of your fucking mind?” Darius asked.

“Shut up Dare.” He glared at the other man. Clint totally understood Lydia’s need for control. He highly doubted the beating was the only thing she had endured.

“Once we get away from here, you’re going to have to check all of them out. It’s likely they have more injuries.”

“Neither was my sister. Those fucking assholes were going to, but I made them mad. That’s why they started to whip me.”

“It doesn’t matter. What’s important was Beth. I hope you killed them slowly.”

“Will you be able to hold onto me if we lift you onto my back?” Clint asked.

She hissed in pain as Darius ripped the remaining tatters of her dress off her back and used some disinfectant wipes on the wounds. More tears filled her soft brown eyes. He saw Darius pull out some antiseptic. When she tried to look backwards to see what his friend was doing to her back, he grasped her fingertips with one hand and gently turned her head to face him.

“Lydia, can you hold onto me?” he asked again.

“So you understand why we need to strap you on so that you won’t fall. Lydia, there is no way I’m going to let you fall and injure yourself even more. Not on my watch.”

“This is going to take a few days.”

“Days! You can’t possibly mean to carry me for days.” She reverted to Spanish. Then she let out a moan.

“Ma’am, I’m so sorry. This next one is going to hurt bad too.” Clint looked over her shoulder and saw the regret on Darius’s face. Lydia was hunched over and she clutched Clint’s hand. Her long hair covered her face.

“Just finish it,” she said in English.

Clint looked down at her bent head and at the hands holding his, and saw the wounds on her wrists. Damn, those were going to hurt as bad if not worse than the whip marks on her back. He looked around the shack and saw that each of the other men on his team had paired up with the other family members.

“How much longer Dare?” Mason asked.

Clint had been responsible for intel on the operation. The Mexican drug cartel planned to make an example of Mr. Hidalgo today. They were bringing someone high up in the organization to the shack to watch an execution of him and his family. They were going to post it on-line as a warning to others.

Clint’s team was involved because Hidalgo had been working with American DEA agents, but some of them were on the cartel’s payroll. Still this wasn’t enough for the Navy to be involved, but unfortunately there was a US Congressman who was implicated in the mess. So a Senator pulled some strings to ensure Hidalgo was brought to safety.

The cartel pulled the Hidalgos out of their home where they were having dinner, and brought them to the ass end of nowhere. It looked like everyone but Lydia had clothes that could weather the trek. She was in a shredded dress, shredded nylons and no shoes.

Clint ducked down and pulled out a T-Shirt from his backpack. He would’ve given her fatigues but the cotton material would rest more softly against her back. He found a chair and shoved it right side up and guided her to sit down now that Darius was done applying the salve on her back.

“Lydia, you’re holding up the front of your dress. When Darius bandages your wrists it will fall. Let’s get you into this shirt, okay?”

She looked up dazed.

She looked at him as she held the remains of her dress to her breasts.

“Call me Clint,” he said in his most gentle voice. “I’m just going to put this over your head and pull it down, then you can put your arms through. How does that sound?”

She sighed in relief. “It sounds really good Clint.”

He was careful to keep the back of the shirt from touching her wounds until the very end. He pulled out the mounds of black curls from the opening for her head. She winced when the shirt and the hair finally rested against her back, and as she struggled to get her hands through the openings for her arms.

“Let me help.” He reached in and guided her limbs through, amazed at the softness of her skin. God, she was trembling so hard. She wasn’t going to stay conscious for long. He looked around the shack and saw Mason giving him a hard look. They had to hurry.