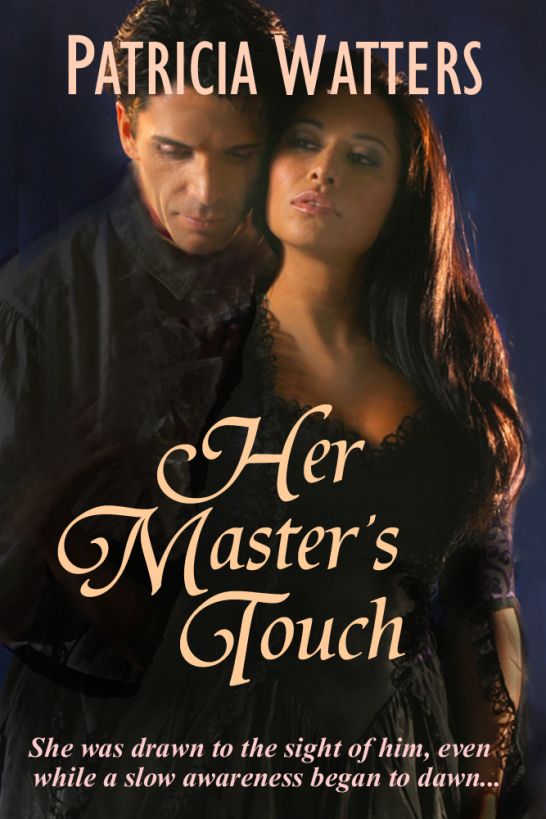 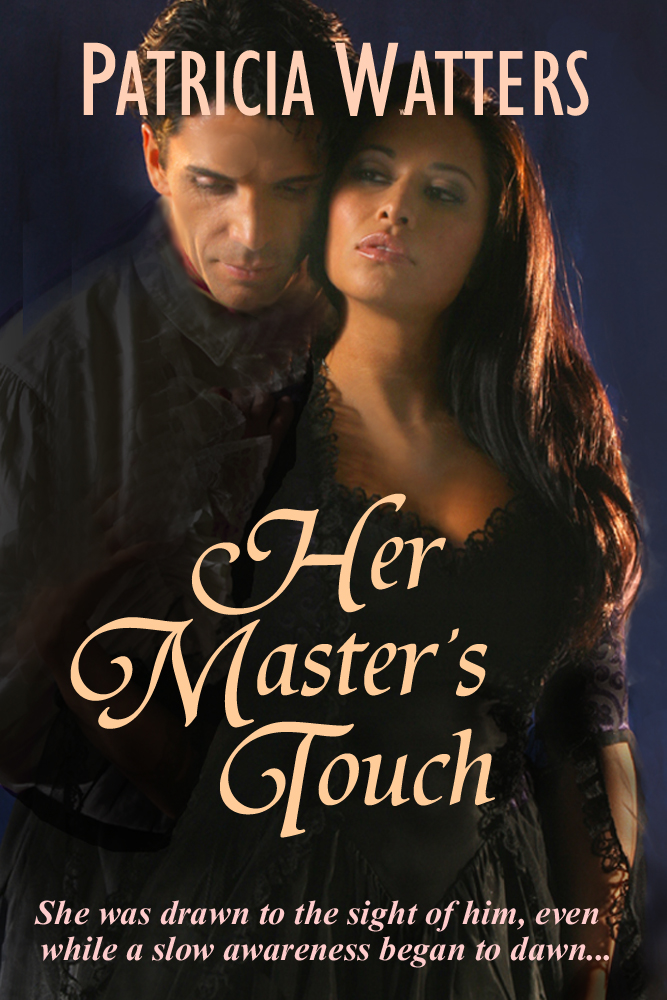 This ebook is
licensed for your personal enjoyment only. This ebook may not be
re-sold or given away to other people. If you would like to share
this book with another person, please purchase an additional copy
for each reader. If you’re reading this book and did not purchase
it, or it was not purchased for your use only, then please return
to Smashwords.com and purchase your own copy. Thank you for
respecting the hard work of this author

AUTHOR'S NOTE
: The finest black opal
known to exist stirred great interest in the French court when
Napoleon Bonaparte, at the height of his power, presented it to
Joséphine de Beauharnais, who wore the opal with great frequency.
So intense were the brilliant red flames emanating from its fiery
core that the magnificent opal was named the
Burning of
Troy
. After Empress Josephine's death in 1814, however, the
Burning of Troy
disappeared without a trace. One hundred
years later, it turned up in Vienna, Austria. Where it spent those
intervening years remains a matter of conjecture.

She's the mystery debutante of the season,
who arrived on the London scene as if from out of nowhere. But Lord
Damon Ravencroft knows her dark secret. Two years before, when she
was roaming with Gypsies and living by her wits in India, he hired
her as a housemaid and she stole from him a rare and valuable opal
once belonging to the Empress Josephine. Damon intends to be
compensated for its loss, which set him back years in his quest to
prove his innocence in a crime he's accused of committing. The
sizable dowry that comes with Lady Elizabeth Sheffield's hand in
marriage is a start. It's also his price to keep her secret from
all of London. But there's more to the marriage of convenience
Damon proposes than Elizabeth anticipated, but by the time she
learns what it is, she's trapped in a marriage to a man who both
stirs her passions and fuels her resentment for the man she was
forced to wed.

A hideous little man with owlish eyes, a head
crowned by a red turban, and a gaunt body draped in a dhoti
scurried into the room and salaamed. Unfolding a yellow tissue, he
lifted a black opal the size of a hen's egg and held it before the
window. Catching the rays of the waning sun, the gem burst into
fiery-red sparks. The man's lips curved in a serpentine smile.
"Sahib, I deliver to you the
Kalki-Avatar
," he said,
offering the gem.

Damon Ravencroft, who until now sat reclined
on a
palangris
like a great languid lion, back propped
against pillows covered in fine white muslin, snapped his fingers,
and the coolie who had been pulling on the long cord that operated
the big
punkah
creaking overhead left the room. Damon took
the opal from the man's tapered fingers and peered into the stone's
fiery core, and when he saw the vague image of a horse, his
heartbeat quickened, and blood pumped hard through his veins.

Not the
Kalki-Avatar
, my friend. The
Burning of Troy
.

For years it had been rumored that the opal
once belonging to Napoleon's empress had found its way to India and
fallen into the hands of gypsies. But it wasn't until recently,
when Damon heard talk of a black opal the size of a hen's egg, with
the likeness of a horse in its fiery core, that he knew the
Burning of Troy
still existed.

He turned the opal and it came alive with
flashes of fiery reds and glittering golds and iridescent blues.
Only now could he comprehend the magnificence of the stone, a gem
vibrant and luminous beyond his wildest expectations.

A stone that burned with an imperial
flame.

There was no doubt. This
was
the
Burning of Troy
. No opal could match the brilliance of
Empress Josephine's gemstone. None could claim the dazzling lights
alleged to have emanated from its flaming heart. There was no
estimating its worth. The Hindu would seek it for the image it
held—the
Kalki-Avatar
, the tenth and final incarnation of
Vishnu, who was to appear on his horse. The Muslim, who spurn the
Hindus' craven images, would seek it... simply because it was
something the Hindu would covet. But it was Queen Victoria who
fancied the lost gemstone with a passion to whom it would go. She'd
pay dearly. More important, it was a tool with which Damon could
bid from her a pardon, enabling him to return to England and claim
what was rightly his. Westwendham.

The jewel broker peered down at him. "You
see,
sahib
, is fine jewel."

Damon returned the opal to the man. "It
appears a stone of reasonable quality," he said, with an air of
aloof detachment, though he had no intention of letting the gem
fall into another's hands. But in order to buy the stone he'd have
to forfeit the option he'd made to Lord Sheffield to purchase the
jute fields along the river. But with the opal he'd no longer need
the fields. He'd no longer need the plantation. Shanti Bhavan would
go to the highest bidder. And once he secured his pardon, he'd be
off to England. And Westwendham.

The preliminaries over, he said to the man,
"Sit. We'll talk."

Great black vultures circled on silent wings
above the Hugli River, gliding on wind currents that carried with
them the pungent odor of burning flesh from the funeral pyres on
the ghat. But Damon was unaware of the sinister shadows sweeping
across the land, or the acrid stench infusing his nostrils as he
watched, with rapt interest, the dark-haired beauty leading a coal
black horse past the horse buyers. Doubling back, the woman stopped
and looked directly at him. Although he stood on a platform crowded
with buyers, he knew the woman was displaying her horse—or more
precisely herself—for him. He saw it in her provocative stance, and
in the alluring way her eyes sought his.

A smile of pure pleasure tugged his lips as
he scanned her comely face, the gold chains draped over her
décolleté blouse, her trim ankles and naked feet. Nudging Cedric
Hadleigh, a fellow expatriate from England, he said, "There's a
tart ripe for the taking." "Forget her," Cedric replied. "You're
already in a sticky wicket with Mara as it is."

Eyes following the woman's lithe movements,
Damon replied, "Mara's my mistress not my wife, and I refuse to let
a mistress issue mandates." Mara's outburst over the incident with
the innkeeper's daughter was unwarranted. Such a scene was to be
expected from an Englishwoman, they being more emotional than the
natives, which was why he opted for an Indian mistress. That, and
the fact that they didn't pressure a man into marriage like British
women did. "I suppose you'd have me wear blinders like a
horse."

"If you expect to keep Mara warming your bed,
you'd better stop ogling the gypsy chit and give Mara a bauble or
two," Cedric said. "Maybe that opal you bought."

Damon looked askance at Cedric. "How did you
hear about it?"

"The Club." One corner of Cedric's mouth
lifted. "We maintain a staff of loyal gossip mongers inside the
Club and on the streets."

Damon's clenched his jaws. Of course. The
ugly little jewel merchant who'd assured him he'd say nothing.
"There sure as hell must be a lack of gossip in Calcutta if you
gents have resorted to me as your topic again," he said.

"You, my friend, will always be a topic,"
Cedric replied. "The chaps fear for their wives, think they're in
danger with you hovering on the fringes of their insular
world."

Damon let out a short guffaw. "Good God, that
bevy of biddies! You can assure your colleagues that their wives
are in no danger of being seduced by me." He focused on the woman
again, more precisely on her bosom as she bent to stroke the
horse’s leg. She looked at him then, as if to make certain he was
watching. Bloody hell! How could he not. He'd have to be comatose
not to get her message. "What are they saying this time?” he asked,
holding the woman's steady gaze. “Last I heard, I'm dealing in
contraband gems?"

"They claim there are no Ravencrofts in
Burke's
, that you're living under an assumed name," Cedric
replied.

Damon laughed heartily. If the poor fools
only knew, how shocked they'd be to learn exactly who the
Ravencrofts of London were. The Ravencrofts of St. Giles... of
Shelton Street. Then there was the Ravencroft manor house—a flea
and rat-infested palace of crumbling walls and broken windows
surrounded by heaps of garbage. The sharp stench of it was
permanently ensconced in his nostrils. "That's all they're
saying?"

"No. They've added another," Cedric said.
"They say you fled England because you killed a man, which is why
you're living under an assumed name."

The image a black omnibus drawn by two horses
emerged. Trussed in manacles and thrust into the prison van, the
door banged shut and he'd been cast into a moving pest-house among
felons, drunkards and murderers. "How did they arrive at that?" he
asked.

Cedric gave a cynical laugh. "Because you're
a marksman of considerable skill, whom they believe quite mad. They
say only a madman would live in that house of yours."

Damon digested that comment. Perhaps he was
mad, as mad as the house that harbored its own dark secret.
Something sinister happened at Shanti Bhavan before he'd bought the
place from Lord Sheffield. But the servants who'd stayed on refused
to speak of it, choosing to be dismissed instead. "Let them talk,"
he said, "All I care is that they buy my gemstones, and so far my
iniquitous reputation hasn't stopped them." He noted how sunlight
twinkled off the baubles woven into the woman's dark hair and
flashed off the chain encircling her ankle as she trotted the horse
in a tight circle for his perusal.

"Speaking of gemstones," Cedric said, "Have
you purchased any of note recently, besides the opal?"

Attention riveted on the woman, Damon
replied, "I chanced upon a sapphire with a six-rayed star." He
winked at the woman, who returned his gesture with a sultry
smile.

"Forget the woman," Cedric snapped. "It's
Mara you should be wooing, not some frigging tart who'll pick your
pockets while you're bedding her."

Damon suppressed a smile. Cedric was jealous.
Jealous as hell. He wanted the chit for himself. "About the
sapphire. Come take a look."

"I would but I'm down on my duff right now,
having a bit of bad luck," Cedric said.

"A bit of bad whist more likely," Damon
replied. "Why not give it up for a while."

"Give up whist?" Cedric said, incredulous.
"What else is there to do in the dashed colonies here among the
great unwashed? No thanks. But I am in rather desperate straits.
I'd write Father but it would fall on deaf ears. He's decided I
must make do with earnings from the plantation, which has created a
bit of a snag, since most of the earnings go to running the bloody
place. Father suggested I cut the staff, but it’ll be hell getting
through the furnace-hot summer as it is without dismissing
servants."

Damon noted the woman's slender ankles as she
raised her skirt, and with a pointed toe, began drawing patterns in
the dirt. "I assumed you'd be heading for Puri and sea breezes," he
said, catching the woman peering up at him while revealing a
generous portion of a slender white leg as she continued drawing
patterns with her toe.