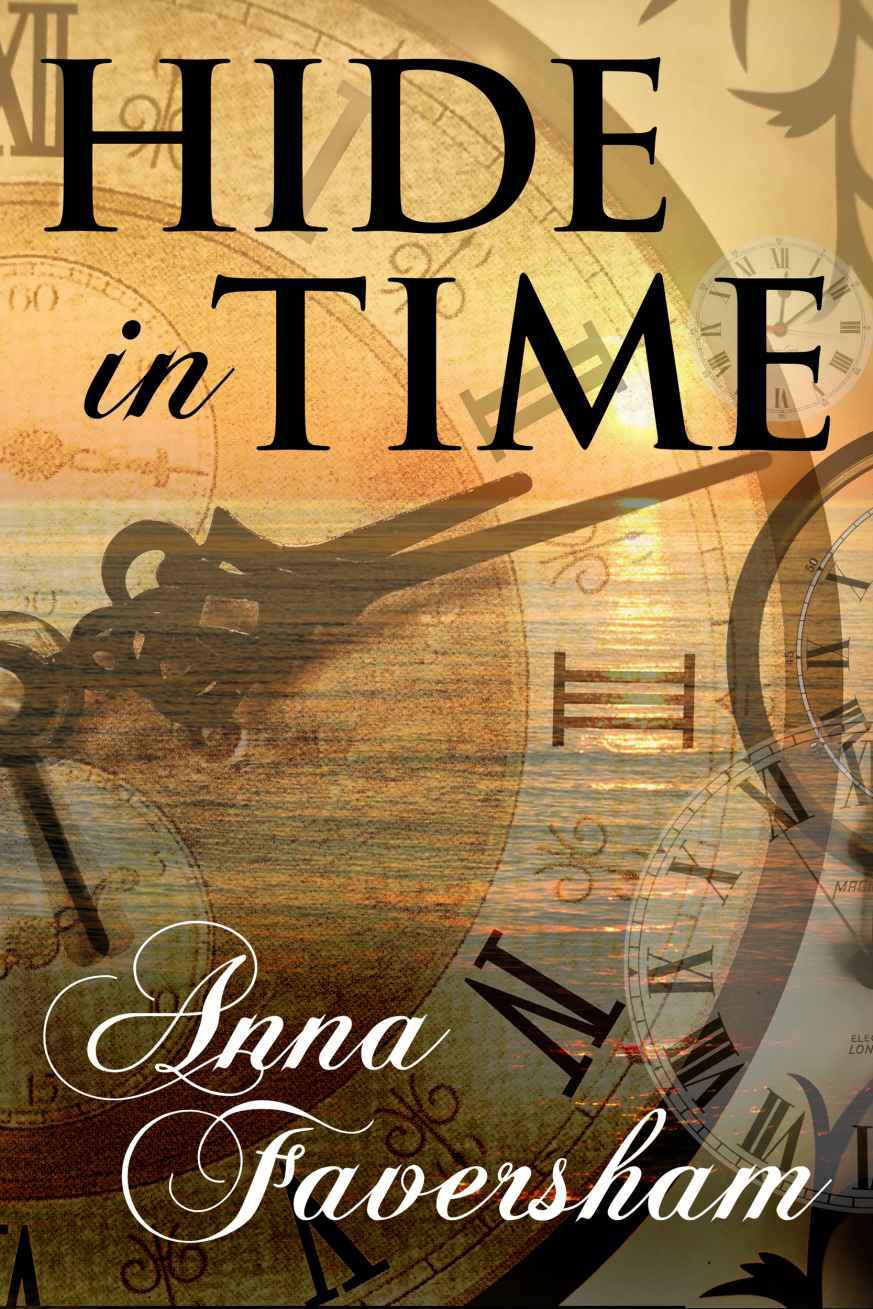 The characters and events in this
book are fictitious or, in the case of historical figures, their
actions are fictionalized, though, as you know, Wellington really did
win the Battle of Waterloo. Some places are real, some imagined.

HAVE YOU EVER REGRETTED SOMETHING
AND WISHED YOU COULD PUT IT RIGHT? LAURA HAS AND SHE DID, BUT IT
NEARLY COST HER LIFE.

“You could not be further from
the truth, Laura.”

“I have irrefutable evidence; it
is no longer hearsay.”

Her course of action was clear: she
would delay not a moment more. The man in whom she had invested all
her hopes for the future must now become her past. Adam sat astride
his chestnut stallion. His eyes never left hers not even when he
dismounted and flung the reins to his approaching groom.

Laura turned away, gathered the silk
shawl around her shoulders, the one he had given her, and hurried
towards the house. He followed, caught hold of her hand, and spun her
around. One last look; she would allow herself a final indulgent gaze
at the man she had once thought noble.

She raised her eyes from his black
riding boots, focused on the velvet collar where his dark hair curled
as it skimmed his white shirt, and felt a pang of unreasonable
jealousy for she would never touch that hair again. She hesitated,
then glanced up. His eloquent eyes would haunt her until…

Sometimes Laura Yager could tell if her
clients would get on just by comparing which newspapers they read. A
contemporary short cut which she tempered with time-honoured
discernment. Would it work for Xandra Radcliffe?

Xandra, due in the agency any minute
now, would have to wait to meet ‘Mr Right’. Once again,
Matt Redfern, a possible ‘Mr Very Right’, was away on
business just when he was needed. He wasn’t an easy client;
despite having been introduced to dozens of possible matches, none
seemed to be the one he was looking for. She had the feeling he was
concealing something; perhaps she didn’t know him well enough.

Yet she ought to; she owed him so much.
Along with all the support he had given her when she first arrived,
he had said something which profoundly affected her thoughts. She
remembered the moment he had said it. She could see him now, sitting
in a high-backed leather chair with one leg propped up on the other,
ankle to knee; so relaxed. She hadn’t known him long and yet
he’d gone right to the heart of the matter. Yes, heart. ‘I’ve
heard that when you are near death, it’s not the things you
have done that you regret but more often the things you’ve left
undone.’ She’d focused on his blood-red socks as,
initially, she’d thought him wrong. Wrong, wrong, wrong.

Dragging her attention back to her
client’s imminent arrival, she checked herself in the mirror by
the coat stand; there must be no sign of the tears that welled
whenever she thought of the past. She dragged a comb through her
chin-length blond hair. She flicked through the client file and
reminded herself to pronounce her name with a ‘Z’. Xandra
had said, ‘I haven’t been out with anyone for a while;
I’m a little nervous.’ Début dates were often
spoiled by nerves. Perhaps fortuitous then that Matt was away. Again.

She’d wondered if the smart
auditor who’d recently joined would appeal but had decided
against it. Talking was taxing for an accountant – they might
just sit and stare at each other. Besides, Xandra, in her early
twenties, was nearly ten years younger. No, he was not right for
Xandra; she was satisfied with her choices for easing Xandra into a
wider social circle.

A commotion in the street below drew
her to the window. Outside the jewellers, almost unchanged since it
first opened in 1796, an elderly lady struggled with a scrawny hoodie
intent on making off with her handbag. He succeeded but didn’t
get far before Xandra, appearing from nowhere, marched him back
towards the startled woman and made him apologize and return the bag.
A couple of Community Policemen arrived and Laura watched as Xandra
left the boy in their custody.

“Come on up.” Xandra
entered the small office diffidently, yet with growing confidence,
like a cat entering a neighbour’s house for the first time.
They had met once before when she’d given brief information
needed to compile a profile. Her shyness could have nothing to do
with her appearance. She was everything a man could wish for, yet not
overtly seductive. She had lovely long, fair hair. In normal
circumstances, a match would be easy; men tended to go for looks.

“Now that’s what I call
making an entrance,” Laura said as she briefly shook Xandra’s
slim, well-manicured hand. “He’ll think twice before
doing that again.” She beckoned towards an armchair next to a
coffee table. A blue folder lay open on top. Xandra placed her large
Mulberry tote bag on the floor beside her. Laura found herself
approving of both the bag and the fact that she had not presumed to
plonk it on top of the file. How odd, thought Laura, she’d had
her eye on the very same one. It had been in the window of "The
Golden Boot" a few doors along. Xandra clearly had a taste for
quality and practicality.

How modest she was too: in response to
Laura’s comment Xandra merely smiled and said, “Oh I was
in the right place at the right time, that’s all.”

Laura picked up the folder, sat the
other side of the table, crossed her legs and leaned towards Xandra.
Xandra drew away. Had she been emotionally hurt? Or was she
long-sighted? “Super handbag,” Laura murmured. She must
not stare, she reminded herself – even at a client’s bag.
Then she regretted the use of the word "super". It sounded
so overused and not the kind of contemporary phrase Xandra would
choose. She hurried on. She flicked the pages over until finding the
man she’d chosen to be Xandra’s first date. “So how
did you get on with Nick?”

“I very much approve of his
conservation interests.”

Xandra looked uncomfortable and Laura
knew that a polite ‘thank you – but no thanks’
would follow.

“He’d omitted to tell me
he’d planned a beach barbecue. I wore heels, a mid-length dress
and only had this light jacket with me.”

It was often helpful for new clients to
go out with someone nice who restored their faith in the opposite
sex, yet clearly wasn’t all they were looking for. Nick needed
someone like Xandra. And Xandra? She’d yet to be sure.

Laura noted Xandra’s black
trousers and jacket. She’d only seen her in these well-cut
trousers so far. It seemed at odds with the passionate historical
interest shown on her profile. “Would you go out with him
again?”

Oh those ‘yes buts…’
Laura heard them so frequently. “Go on, Xandra. Anything you
say is confidential.”

In a very decisive manner, formal even,
Xandra said, “I enjoy the countryside and the coast yet it was
clear from his conversation that he would like to meet someone who
can actively support his conservation interests.”

“The world is a better place for
people like him, but he is not for you?” Laura proffered.

Xandra had possibly the most mellow
voice she had ever heard. Spellbinding in one so young, thought Laura
before enquiring, “And how did you get on with Andy?”

“He took me to my favourite
restaurant, ‘The Restaurant on the Green’ at Beeston.”

Laura looked up from turning the pages
of the file. That would be her choice of restaurant too. She gave
Xandra an encouraging smile.

“The dinner was wonderful. All my
favourites – lamb shank, cheesecake.”

They were Laura’s preferences
too. How odd. “And Andy? What about him? Did you like him?”

“He’s charming and
sensitive, with a good sense of humour. We both love history, we
enjoy the same books – we have much in common.”

It was at this point that Laura was
sure a ‘but’ was coming. It came in disguise. Xandra was
sure they would stay friends.

Before departing that evening, Laura
threw her black jacket around her shoulders, brushed down her black,
swirly skirt and reflected on how wearing all black when not in
mourning was a novelty that had not yet worn off. She checked her
diary to ensure she had completed all scheduled tasks. She stared at
the date – she had survived another fifteenth of July.
Involuntarily she heard the sound of a raging storm and felt waves as
high as the shoreline cliffs crashing over her. Her heart thumped as
if it knew it must give all it could, just as it had in 2004, exactly
five years ago. She took a deep breath, exhaled slowly, and stilled
its pounding.

Following two more unsuccessful dates,
Laura rang Xandra on her mobile. “A gentleman has selected your
profile and wishes to meet you.” Laura gave some details and
layered on her usual personal opinion – it was what people paid
for. “He’s a partner in a Garden Centre business. I can’t
quite see you two together, though he’s very funny. Forthright
too. In his profile he’s put that he made a big mistake –
he fell in love with a pair of blue eyes and married the whole girl.”

There was a pause before Xandra
replied, “Even so, as he’s been kind enough to select my
profile, I think I should at least give him a chance.”

Chastened, Laura gave more information.
“He’s mischievous and gay…” She winced.
She’d used the wrong word. Perhaps it wouldn’t matter
with Xandra; the thought flickered through her mind how polite and
somewhat old-fashioned her client was. “Shall I give him your
number?”

“I’m on my way home early
this afternoon; may I call in and look at his profile?”

“Of course. I’ll put the
kettle on when you arrive.” Laura was looking forward to seeing
Xandra again. If she knew more about her, it might answer her own
growing disquiet.

When Xandra arrived, Laura made sure
she was comfortably seated by the window while she pondered how to
ask the personal questions which kept bumping around in her head.
Small talk first though. “No street brawls? No little ruffians
to deal with?”

“No, all is as it should be. Yet
I can’t help thinking about that hoodie. He must have been
desperate to snatch an elderly lady’s handbag in a busy street
in daylight.”

“Or greedy and foolish?”
Laura brought in the tea tray from the adjacent kitchen, which Matt
described as “minimalist”. Pointing to a plate of little
cup cakes, she asked, “Do you suppose we’d be considered
greedy and foolish if we polished this lot off?”

“Do you have any brothers,
Xandra?” There, that would not seem out of order; it almost
slid straight from the discussion of the kerfuffle in the street.

“Your parents? Aren’t they
still alive?” Laura had to be sure, yet risked invading the
privacy of her client – for that, thus far, was what Xandra
was.

Laura proffered the plate of cakes. “I
have no family either.”

Xandra took a little chocolate one and,
in between mouthfuls, she opened up briefly and explained she had
lost her parents when she was quite young, she’d then boarded
at school and stayed with a spinster aunt in the holidays. “Even
my aunt died young, poor woman. Just forty-six.” Xandra stared
wistfully out of the window before adding, “And the money my
parents left had not been invested wisely. Fortunately, there was
sufficient to set myself up as a jeweller. I do enjoy my work, though
I feel there must be more to life – somewhere.”