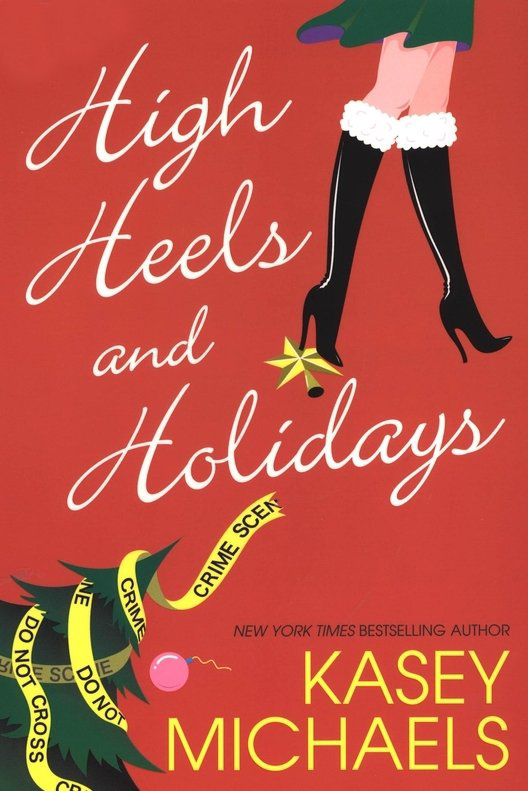 HOLIDAY ROMANCE
Maggie felt his arms go around her, lifting her. “The door, Sterling,” she managed to say as he rained kisses down the side of her throat.
“Taken care of,” he whispered into her ear before nipping at her earlobe, lightly licking the sensitive skin behind her ear.
She buried her face against his shoulder as he carried her down the hall, toward the bedroom. “You did plan this, didn't you? I wasn't wrong. You planned to seduce me tonight, didn't you?”
They were inside her bedroom now and Alex set her down on her feet, his arms loosely looped around her waist. “Among other things, yes. I will admit I had hopes.”
“Other things? What other things?”
He'd moved his hands now, hadn't he? Not a sudden move, but a very smooth and practiced one that ended with his palms lightly brushing the outsides of her breasts. Nothing too overt. Just a gentlemanly hint of what could be, if she were willing. “Do you really want to know, sweetings?
Now?”
“Oh, hell no,” Maggie admitted truthfully, unable, as she would say of one of her Regency heroines in this situation, to summon a lie. And that was pretty much the last even remotely coherent thought she had for quite some time . . .
Books by Kasey Michaels
Can't Take My Eyes Off of You
Â
Too Good to Be True
Â
Love to Love You Baby
Â
Be My Baby Tonight
Â
This Must Be Love
Â
This Can't Be Love
Â
Maggie Needs an Alibi
Â
Maggie by the Book
Â
Maggie Without a Clue
Â
High Heels and Homicide
Â
High Heels and Holidays
Â
Bowled Over
Â
Â
Published by Kensington Publishing Corporation
HIGH HEELS AND HOLIDAYS
KASEY MICHAELS

P.S. You know, I feel a lot better now, Fred. Maybe I should keep writing to you once in a while, huh? You're sure cheaper than my weekly sessions with Dr. Bob. That's a joke, too, Fred. Sort of.

The Darwin Awards Next Evolution: Chlorinating the Gene Pool by Wendy Northcutt
A Chink in the Armor by D. Robert Pease
Jackson 05 - The Immortals by Ellison, JT
After Dark by Phillip Margolin
All for a Song by Allison Pittman
Silent Night by Natasha Preston
Bruised Angel (River of Lies #2) by Sammy King
High Noon at Hot Topic by Christine Pope
Lizzie's War by Rosie Clarke
Sea Fever by Virginia Kantra
Our partner