Highlander Betrayed (Guardians of the Targe) 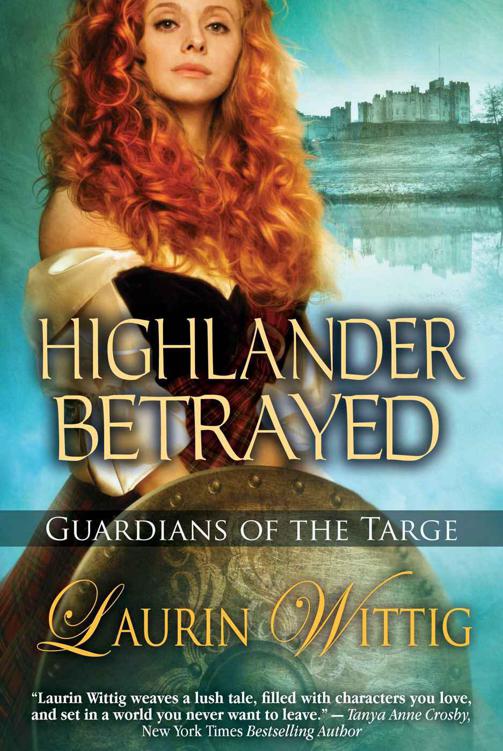 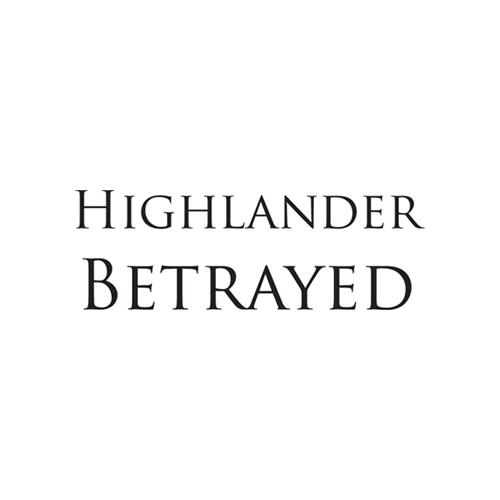 (The Legacy of MacLeod – Book I)

(The Legacy of MacLeod – Book II)

The Devil of Kilmartin

Jewels of Historical Romance, an anthology 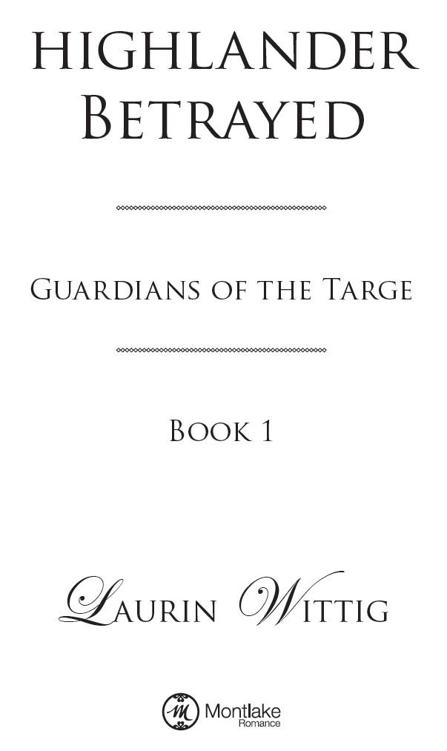 N
ICHOLAS FITZ
H
UGH
could no more ignore the thick clusters of lavishly clothed courtiers nervously awaiting King Edward’s audience than he could the itch deep in his gut pressing him to escape the suffocating, odiferous confines of London and once more be about the king’s business somewhere else. Anywhere else.

The acrid scent of nervous sweat inexorably drew his attention to the couple standing closest to him. They whispered feverishly about money they had hidden from the tax collector. Reckless idiots. It didn’t require a spy’s skills to take advantage of their stupidity. There were plenty here who would make sure the information got to the exchequer’s ear. The couple would pay their taxes, one way or another, likely with their lives.

It took little experience to know one did not cross the king. Nicholas wanted to shake his head at their folly. Instead, he let his gaze glide effortlessly over the crowd, studying his surroundings even though he had no specific assignment. Taxes unpaid were of no import to him. He traded in high treason, betrayals, collusion, and many other forms of danger to the king’s rule.

At least he did when the king had a task for him.

Forcing his breath to move in and out evenly, calmly, as he proceeded slowly through the crowd, he wanted nothing more than to be away from this place, these people; to be taking on a mission the king deemed only Nicholas able to accomplish. He had been waiting nearly three months for the king to summon him. Now that he finally had, it meant there was something more important afoot than tax evasion.

Nicholas leaned against a wall halfway down the long side of the stuffy room and wished he could ignore those around him, but the
rich silks and velvets and bright colors worn by most of the company were designed to draw one’s attention, like a peacock flaunting his tail feathers.

Nicholas closed his eyes, suddenly exhausted by how tedious this part of his life was. Petty squabbles, gossip, and the fetid stink of London were the best entertainment he could hope for at court.

“Master fitz Hugh, sir.” A piping voice forced Nicholas’s eyes open. A young page, not more than ten or eleven years old, bowed before him, drawing surreptitious glances from many of those gathered there.

“What is it, boy?” Nicholas said, carefully hiding the irritation of suddenly being the one watched.

“The king would see you in his private chamber, sir,” the boy said quietly. “Will you follow me?”

Nicholas nodded, surprised and curious that he should be summoned to that room he had never before entered. He followed the page out a side door, down a short frigid corridor and into a marginally warmer room. The walls were draped in ancient tapestries depicting battles from the past. A large bed with thick posts of oak, carved with mythical beasts and draped in heavy aubergine curtains, took up one corner of the room, near the hearth. King Edward stood opposite the bed, by a window, his tall frame swathed in a heavy mantle of dark-blue velvet trimmed in creamy ermine. The gloomy grey light of late winter washed out his features, making him look older than his sixty-odd years.

The page melted out of Nicholas’s line of sight, no doubt taking his place by the door where he would stand unnoticed until their king next commanded him to some errand.

Nicholas bowed to King Edward. A rush of excitement raced up his spine as he awaited the monarch’s attention.

“Sire.” Nicholas took note that none of Edward’s usual advisors was there. Whatever the task was, it was not one Edward wanted widely known. “I am your servant.”

Edward’s mouth tightened into a single determined line. “You have been a long time in London.”

Nicholas nodded. “I have, sire.”

“You have enjoyed your leisure?” the king asked.

“I have.”
Not.
No matter how good of terms he was on with the king, he’d not complain about waiting for his summons for nigh on three months. No one would dare such an impertinence with this man. Nicholas smiled, his pleasure at this private audience genuine. “I am, however, as always, at your command, my lord.”

The king looked at the page and with a flick of his long-fingered hand dismissed him. He waited until the door was closed, then beckoned Nicholas to approach.

“You are politic, as always, Master Spy. I know well how you chafe at lingering in my court. I have been awaiting news. When it came it was not what I wanted, so I find I have need of your very special skills. Others have failed where I think you can succeed.”

A challenge indeed, but this was the sort of task Nicholas enjoyed the most—besting his fellows, an opportunity to prove once more that he was worthy of the king’s great regard. Nicholas did not hesitate to let his pleasure at the king’s assessment of his skill show on his face.

“I have never failed you, sire. I shall not start now.”

“I expect no less.” Edward turned back to gaze out the window, though he seemed lost in thought rather than drawn by the view. “It is no secret who your father was,” the king said. Nicholas kept his breath even, his hands relaxed at his sides. He carefully maintained his pleased expression of a moment ago, though it did not suit this odd turn in the conversation. He did not know where the king led him, but no good had ever come from the vicious Lord Hugh of Stanwix, Nicholas’s sire.

When Nicholas didn’t respond, the king glanced over his shoulder and raised one grey-and-ginger eyebrow. “It is also no secret that your mother was Scottish.”

Nicholas verified what the king already knew with a single nod. An English knight having his way with an unwilling Scottish lass was not unheard of, though his sire had been particularly vicious. His mother’s clan had accepted her bastard bairn, even if his mother never could, though they’d never embraced him as one of
their own. Later, when he’d left Scotland behind him for a new life, he’d confronted his father and learned firsthand just how brutal the man was.

Nicholas had known the circumstances of his birth for as long as he could remember and apparently so did everyone else. The only difference was that he didn’t care. He’d determined a long time ago that his parents had nothing to do with the person he was now.

The king watched him for a long moment. Nicholas had seen more than one powerful man squirm under such royal scrutiny but he waited.

“What do you remember of Scotland?”

“Some, your majesty. I know it to be a backward, rough country filled with barbarians.” That wasn’t exactly his memory of the place, but it was the expected description. “I have not been there since I first came to my father’s manor at Stanwix when I was ten and two. I have but few memories of my time there.” Few he’d share at any rate.

The king ran a finger and thumb over his mustache, smoothing it in a gesture Nicholas had seen often. “Do you remember enough of the Scots to become one?” He turned to face Nicholas and captured his gaze. “I have seen you become a Welshman in the blink of an eye. Can you do the same as a Scotsman?”

Being a spy required the ability to blend in with those spied upon. The ability to throw oneself into whatever life was required, body and soul, often made the difference between success and death. Early on, when first he’d come to his father’s manor in northern England, Nicholas had discovered he had a knack for going unnoticed. When his father refused to acknowledge him, Nicholas had survived by blending in with the other kitchen lads and keeping out of sight of his sire. He also began to learn how to trade in information, securing his position by such means when he had to, until he’d decided to move on to London.

The skill had served him well over the years, eventually landing him right here in the king’s service.

But could he become a Scotsman?

He’d only met one or two Scots in all his travels as an adult so he reached into those childhood memories he thought he’d forgotten, only to discover they were right there, waiting for him. He remembered the sound of his mother’s voice, the cadence, the way she had rolled her R’s and swallowed the odd Scottish sound for what a proper Englishman would pronounce as a K. He remembered the way her sentences ended on an uplifting lilt, as if every utterance were a question.

Nicholas reached deeper into his long-buried memories, reminding his senses of the Highland warriors he had trailed after as a wee boy. He adjusted his stance, imagining himself barefoot, clad in a length of heavy plaid he had once tried to wear when he was a lad.

He imagined a two-handed broadsword in his hands, the wind off the Highland mountains whipping his hair into wild tangles, as he remembered seeing the chief of his mother’s clan once, a long time ago. He chose a name for himself that was fitting—Nicholas of Achnamara—his Scottish name given to him by a mother who did not want him.

Opening his eyes, he looked at Edward, allowing all the natural impertinence he’d carefully suppressed over the years to flood into his own.

“Aye, m’laird. I do not speak the Gaelic well anymore, but ’twould need only a wee bit of mummery to pass as a Scot long banished from my bonny Highland home.”

Edward stared, silent, brooding. At last he nodded. “I do not know how you do that, but I am well pleased that you wield such a skill for England.”

The Bracken Anthology by Matthew Bracken
Secrets Amoung The Shadows by Sally Berneathy
Destiny of Three by Bryce Evans
Lacy's End by Victoria Schwimley
The Appearance of Annie van Sinderen by Katherine Howe
Romancing Miss Right by Lizzie Shane
Sammy Keyes and the Art of Deception by Wendelin Van Draanen
HEALTHY AT 100 by Robbins, John
Conservatives Without Conscience by John W. Dean
Hard Landing by Thomas Petzinger Jr.
Our partner