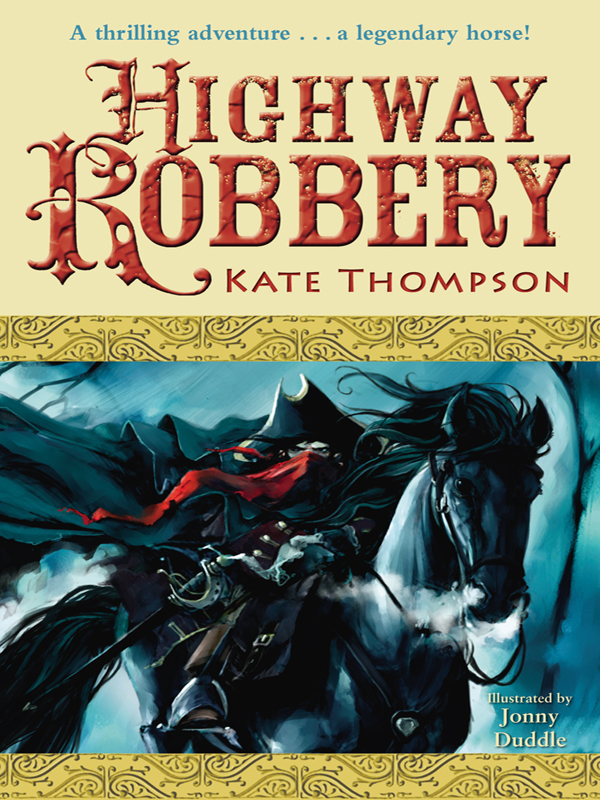 The rider sprang off as light as a cat and pulled the reins over the horse’s head. Then he marched straight over to me and put them into my hand. I gaped up at him
…

Who is the dark stranger? Could he be the most famous highwayman of them all? 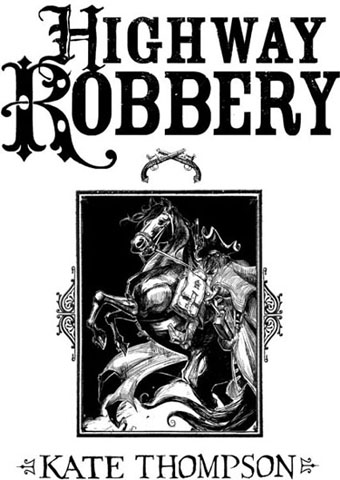 For my wonderful neighbours,
Peter and Ann

THERE ARE GOOD
things and bad things about being small. You wouldn’t know about that, though, would you, sir? Fine tall gentleman like yourself. But it’s true. One good thing is that people often mistake me for being much younger than I am, and that makes them take pity on me.
Especially the women, the ones that have their own children at home. And especially the poor ones, who know that there isn’t much keeping their own little ones from begging in the streets like me. Not that I’m begging now, sir. I wouldn’t want you to think that, not for a minute. 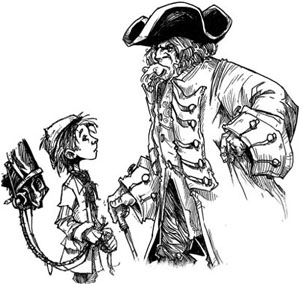 I had a change in my fortunes, sir, you see. You might not know it from looking at me – not yet, anyway. But it’s true all the same. And if I hadn’t been so small, it would never have happened.

You see, one of the bad things about being small is that most of the other beggar lads on the streets are bigger. And if you’re bigger, you can throw your weight around, so to speak. You can
choose the best place to beg and no one’s going to bother you, provided you don’t annoy the shopkeepers and scare off their custom. But if you’re small, it’s different. Whenever I found a good spot I was always chased off by some bigger lad, and many’s the bruise I’ve had to show for it, you can take my word on that. One fellow hit me so hard I couldn’t hear anything for a week.
But that was some time ago, sir, and I can hear as well as anyone now. 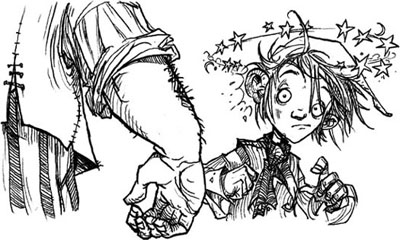 Why I’m telling you this is by way of explanation for how I ended up begging so far from the centre of the city. I was way out on the outskirts on the day my luck changed. It was a cold, miserable day that couldn’t decide whether it wanted to rain or snow. I had a pair of boots once but they were so often wet that the nails came through and it was like trying to walk on a pair of hedgehogs, and that’s the truth, sir. I let another lad steal them off me just for the pleasure of hearing him howl when he put them on. 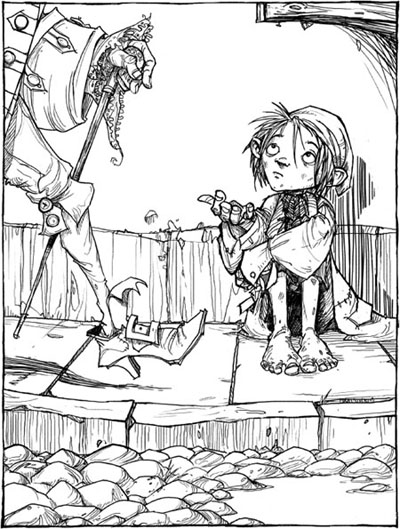 But on that day, on the edge of the city, I had no boots and my feet were as cold as ice and my hands were not much better. I was hungry too, but then I’m used to that. I do remember a time when I wasn’t hungry, sir, but it was only for a very short time and it was a very long while ago. There wasn’t much traffic through that street, either. It was one of those nasty, muddy little streets, all pigs and gardyloo, which carts avoid because they’re always getting stuck. There were a few people walking, but no one who came along had a coin or a crust of bread to spare for me, so all in all it looked as if it was going to be a very bad day for me. But then, in the blink of an eye, my luck changed.

Round the corner he came, a tall rider on a big black horse, and the pigs and chickens cleared the road in double-quick time to get out of his way. I stepped back myself, sir, even though I was already well out of the road, and I squeezed myself tight against the wall. Still he came on, at full tilt, his black cloak streaming in the air behind him, and now I could see his face, his cheeks red from the cold and his moustaches as black as the black horse under him.

He didn’t look at me at all as he came on, but I saw his eye fix on something beside me. The alleyway, I think it was. And just as he drew level, he straightened in the saddle and reined in the mare so fast she sat right down on her tail in a shower of mud. Some of it hit me in the face, sir. That’s how close I was. 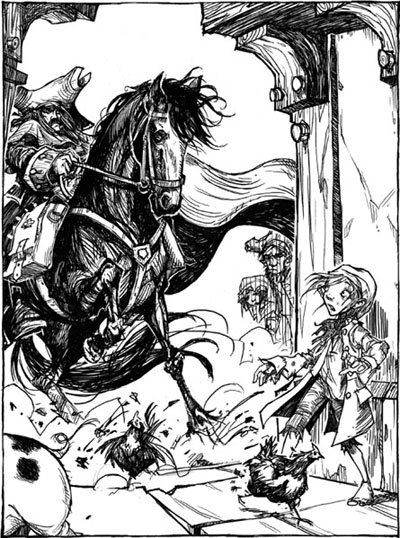 The rider sprang off as light as a cat and pulled the reins over the horse’s head. Then he marched straight over to me and put them into my hand. I gaped up at him and my mouth must have been as big as a badger hole. You can imagine, I’m sure, how astonished I was. He was very tall, that man, and his cheeks were red and he was breathing hard and there were tear-tracks across his face. He looked wild and mad, sir, and I have to admit that the sight of him terrified me.

But of course, the way he looked was not because he was angry or excited but
because he had been travelling so fast through the icy weather. And indeed, when he opened his mouth, it was not to yell at me, which is what I expected, but to say, quite gently:

Moon Tide by Dawn Tripp
Between Midnight and Dawn by Cheryl Yeko
The Changelings (War of the Fae: Book 1) by Casey, Elle
Whiskey Dreams by Ranae Rose
A Question of Motive by Roderic Jeffries
Hour of Judgement by Susan R. Matthews
The Hour of Dreams by Shelena Shorts
Size Matters by Stephanie Haefner
The Third Option by Vince Flynn
The Coil by Gayle Lynds
Our partner